We were very lucky this week at one of the toddler groups that we occasionally visit. They had a playdough activity set up and Little “X” just loves his play dough! I would say it is almost up there with cars!

This was no ordinary playdough… it was scented and came with everything needed to make little birthday cupcakes!

He practised his rolling skills! 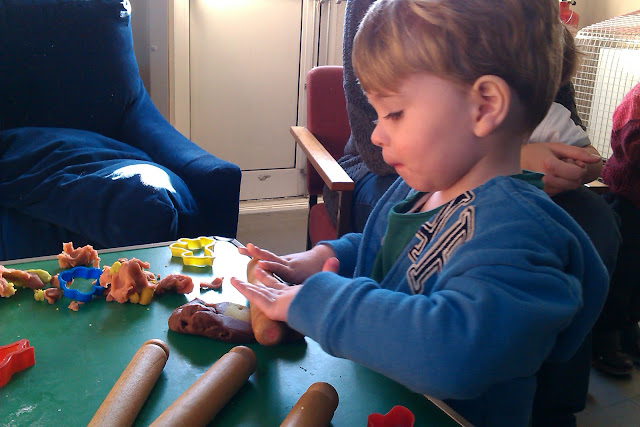 And using the cutters! 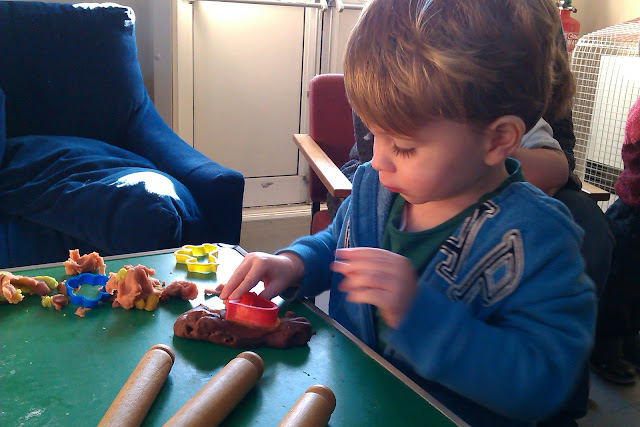 Look at his little face! He made a mark in the dough and was so happy with his hard work! 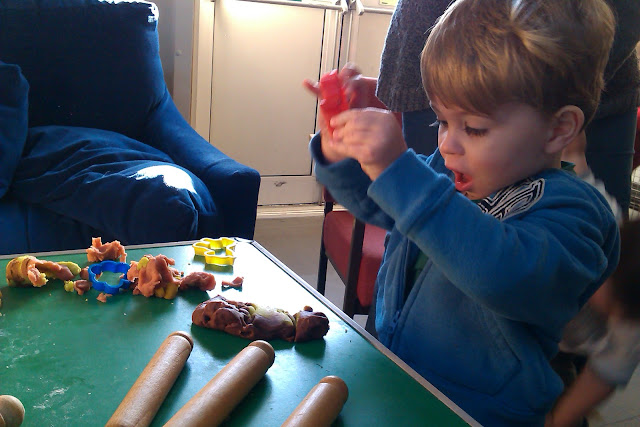 I love how he sticks his tongue out when he concentrates on something. He was checking each candle to make sure it was not broken. Some of them had been snapped in half and these broken ones were not allowed on his cakes! 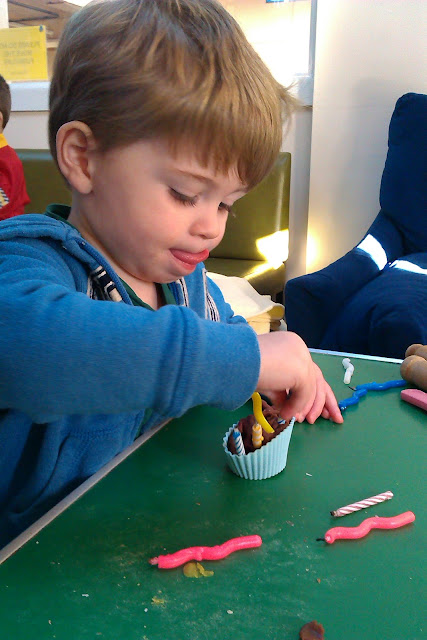 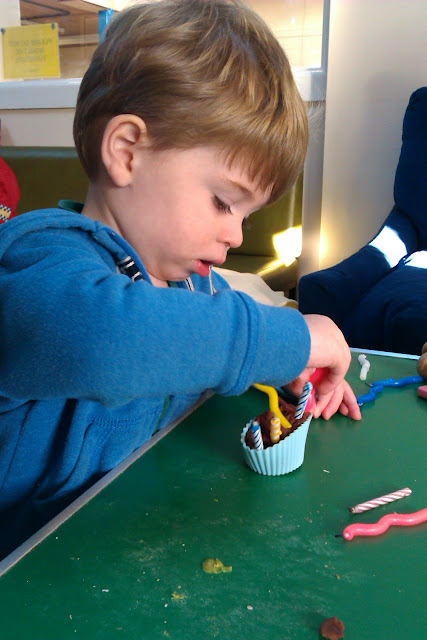 He even worked on transporting little bits of dough off the table and in to a bot using a spoon and a fork! 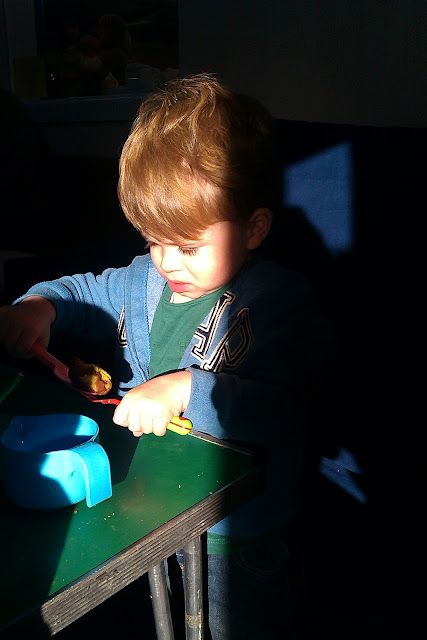 I can see the play dough coming out at ours this week!

PLAYDOUGH TAKING A LIFE OF IT’S OWN!

MAKING BIRDS WITH PLAYDOUGH…….. OR MAYBE NOT!