Brendan has a new hobby! He has found War hammer. We have walked past a Games Workshop a couple of times and he has been slowly draw in by the scenes set out in the middle of the shop and all the painted figures in the window!

A couple of weeks ago I took him a painting introduction and he spent a good 3 hours building and paining figures. We left with some extra figures and the starter paint set and he spent the rest of the weekend working on his new hobby. 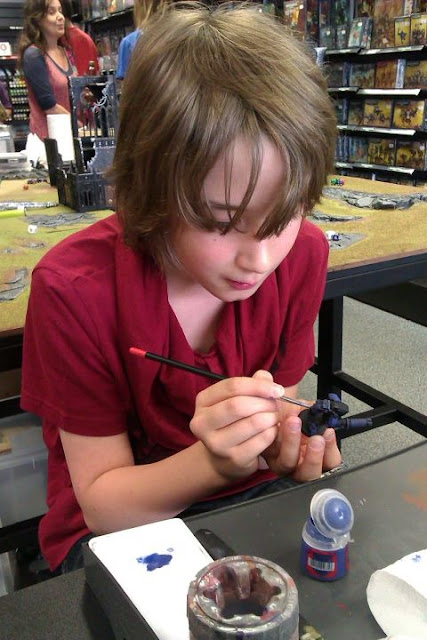 It is costing me money and I can see we are going to have to set some limits with this, but its strengths are worth a bit of outlay for now. Brendan is not one for social, organised activities, like Scouts or martial arts. Don’t get me wrong, he loves the idea of these things, but his Aspergers makes that sort of thing very hard for him. We have tried a few times and it has been heartbreaking to watch him, so we gave them up as a bad idea. This is great though. he can stay as long as he likes, leave when he has had enough, talk to other people who are just as enthusiastic about it as him, play games in smaller groups and i have noticed it requires simple mathematical skills, so he is practicing his addition, subtraction and most importantly, his multiplication!

The other downside (apart from the cost) is that my Kitchen table looks like this most of the time now!! 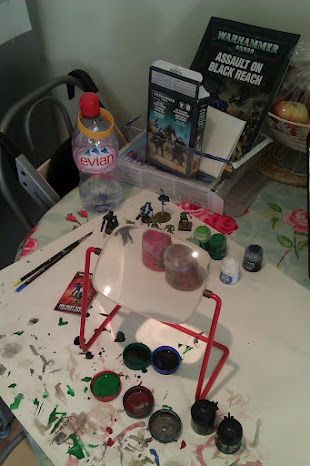 I ended up buying him a big starter set of models and kit on Saturday. It came with dice, rulers and rule books. He got strait to work that afternoon on building his Ork army and then we took them in on Sunday morning for his first game.

A guy came in to the shop who hasn’t played for a few years and wanted to get back in to it, so they set up a simple game. Brendan was so focused and chatting away to them about why he was moving where he was. The guy who runs the shop talked them through the game and explained everything really well. He gave background info on Orks and their strengths. After 3 turns, Brendan had killed lots of his opponents infantry and also had hold of the relic he needed to complete the game! 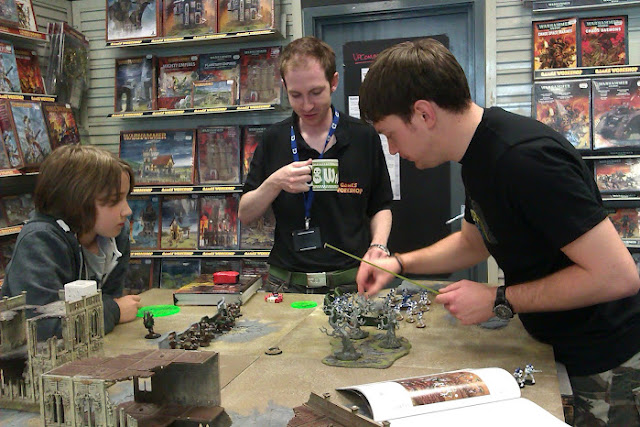 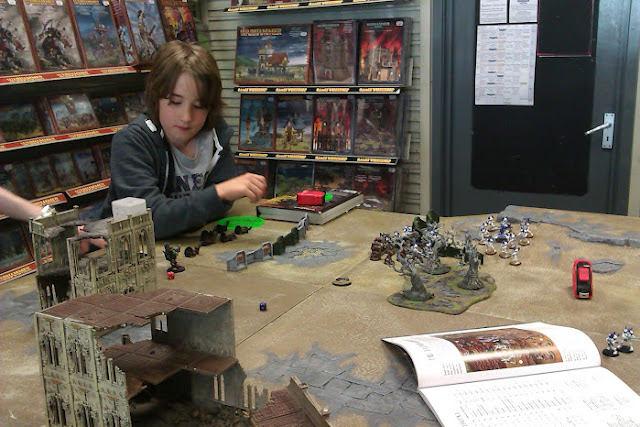 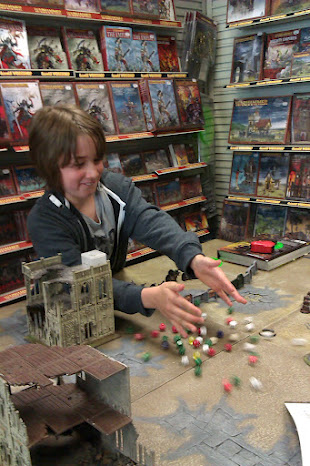 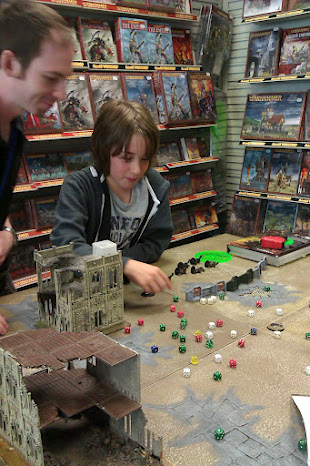 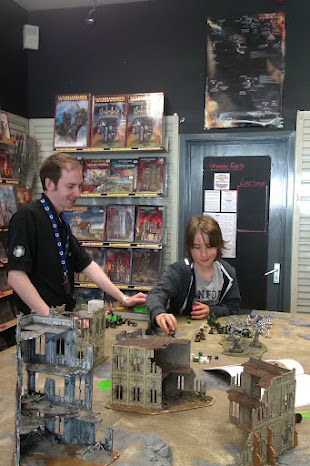 I can now see that I will be joining the many mums who get up on a Sunday morning to take their kids to their club…… except I will not be sitting on the side of a football pitch in the cold and rain…. no, I will be sat in a warm shop with a cuppa from Costa in one hand and a paint brush in the other!