Today we looked a little more deeply in to the Thanksgiving story. I shared the story of the Mayflower arriving in America with the children using our new picture book. It was lovely to start to hear the children picking up on key pieces of information and using them in their play. Talking about the pilgrims on the Mayflower!
Between us, we looked for things that we could use to set a small world play scene. 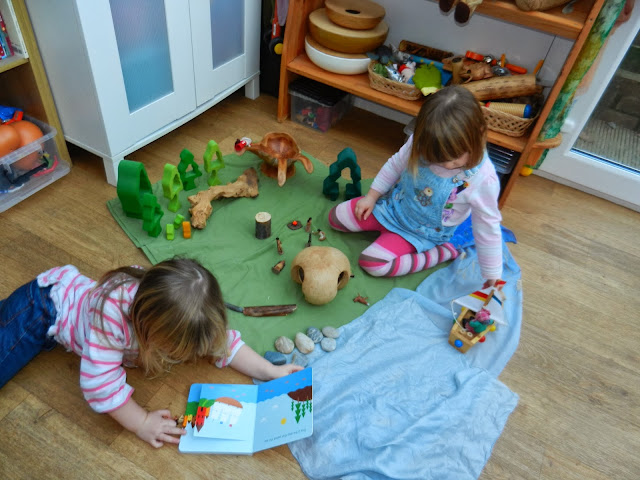 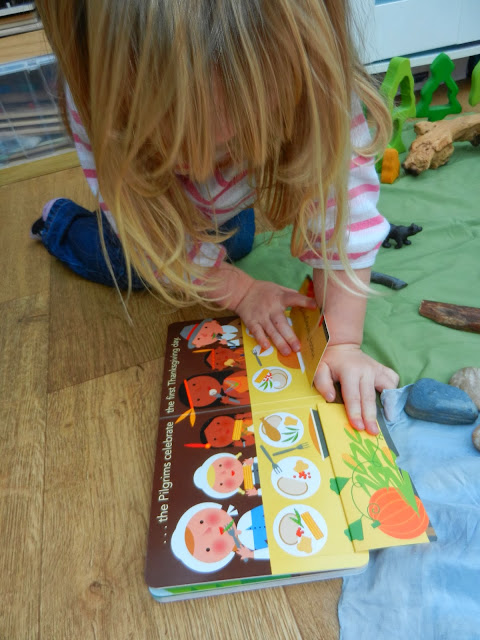 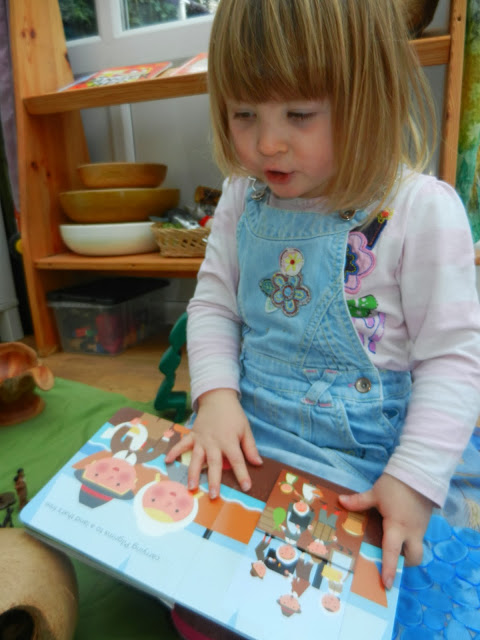 Little “R” decided the tress needed Owls! So some of our Autumn toys were brought in to the story. 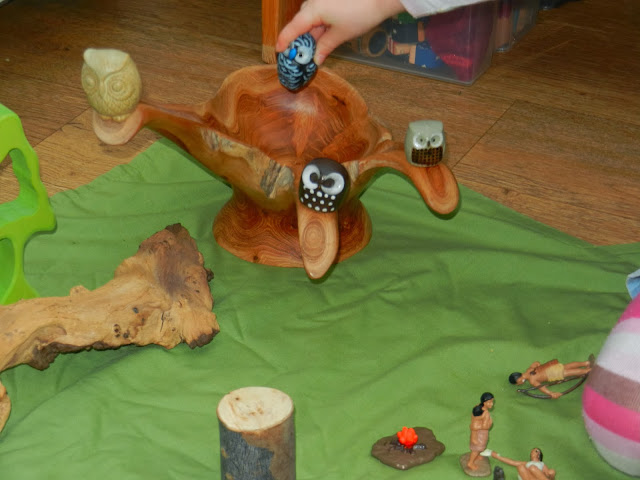 Little “L” decided the boat was far too small for so many Pilgrims so she gathered up Noah’s Ark and told me that this could be the Mayflower! 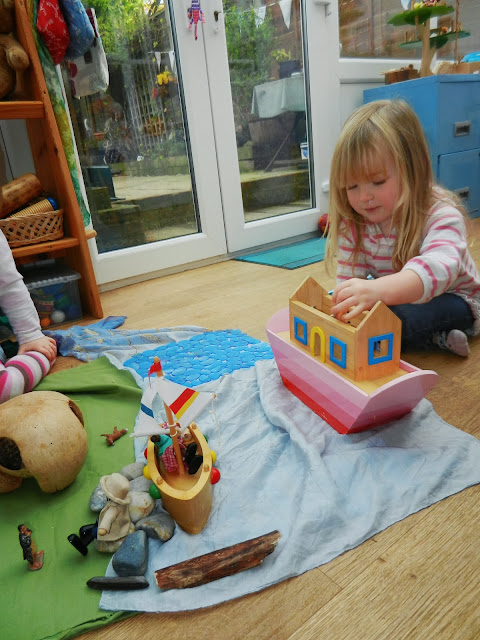 After lots of story telling and talking about the differences between the Pilgrims and the Native Americans we tried making some Indian head dresses. 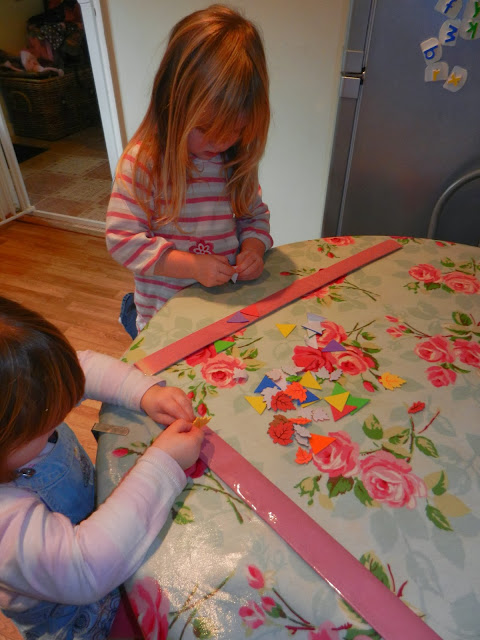 Stickers are fiddly things to peal! 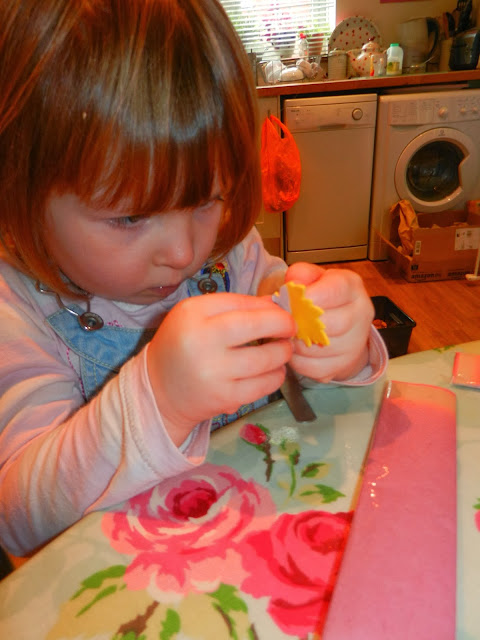 The children chose what coloured feathers they would like in their headdress and added them. 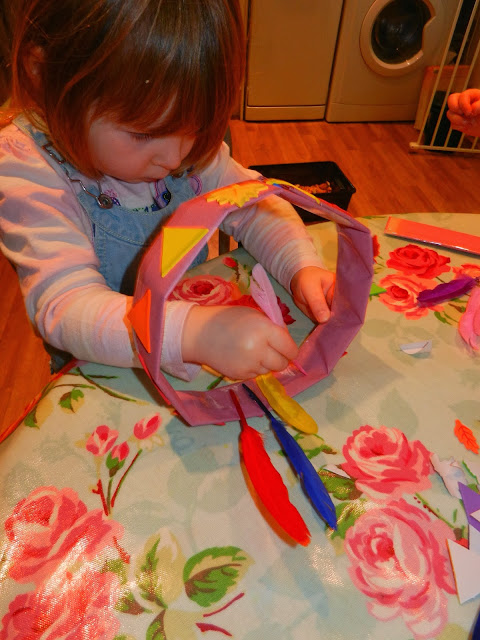 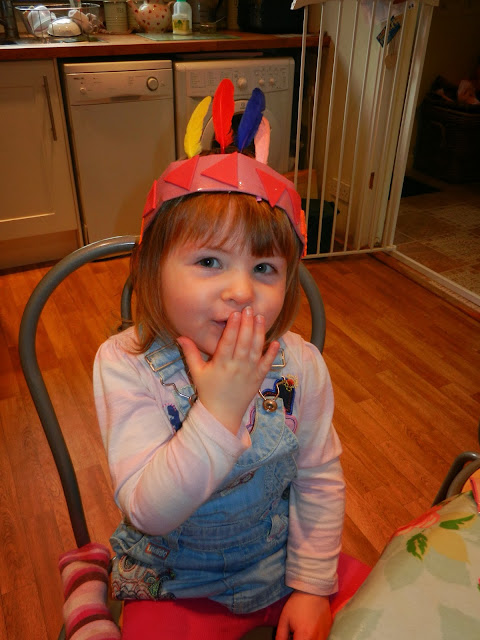 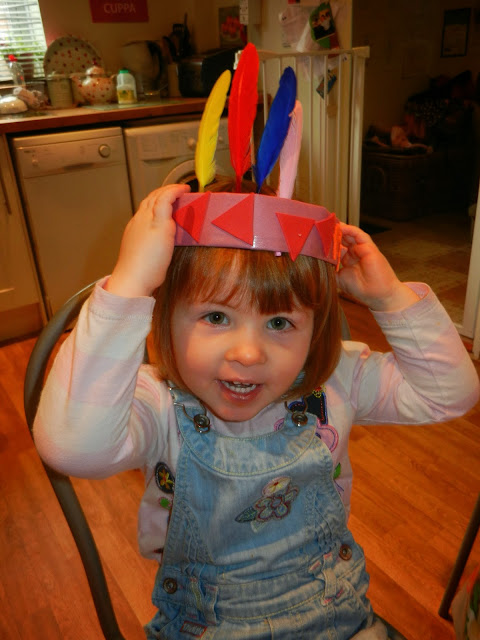 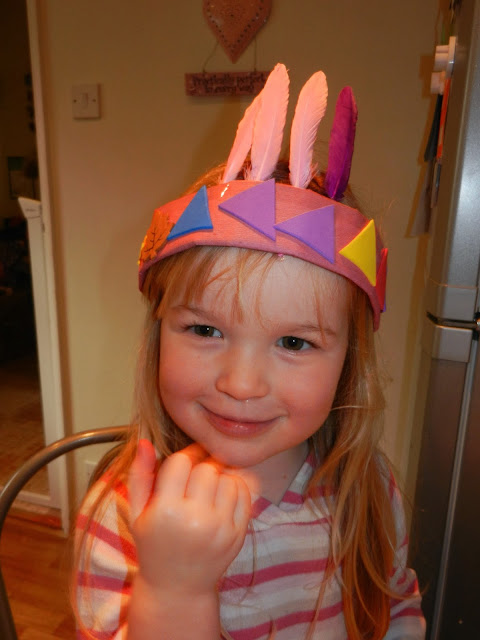 I made up a very quick sensory box as well. I used corn and some of the acorns from the Autumn sensory box. I included the cinnamon sticks as I think that always gives a festive smell and feel to the box! We found a wooden Turkey and some trees.  I would like to find more Thanksgiving related items to pop in their for next year. This will have to do for this year though and the children seemed to really like it. They asked about the smells. They found some cloves hidden in the corn as well. 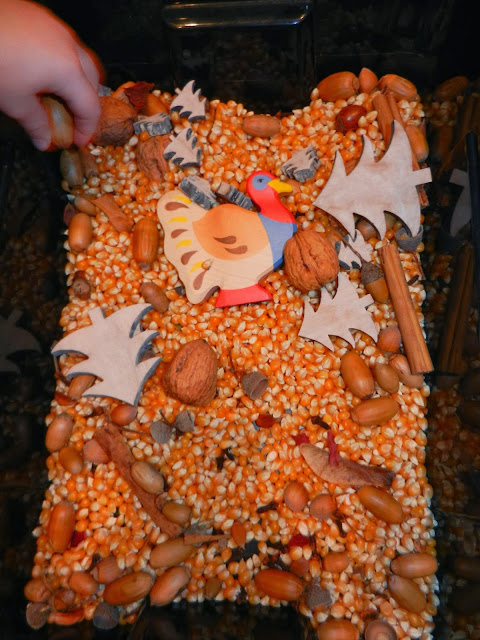 We also used the corn to transfere from one dish to another using spoons. It is great hand eye-coordination practice for little ones and helps them to develop strong controlled movements. 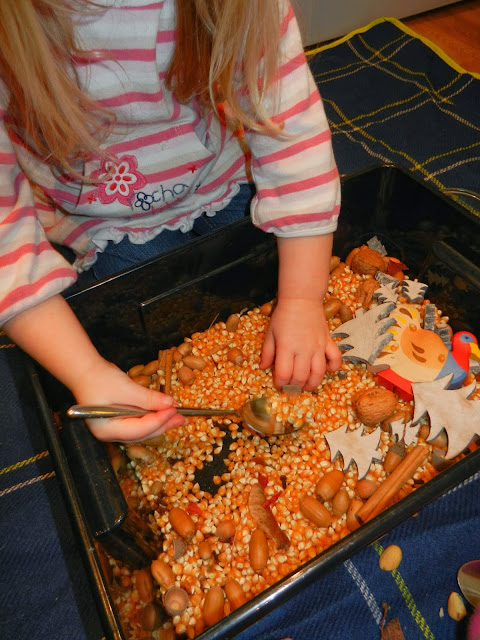 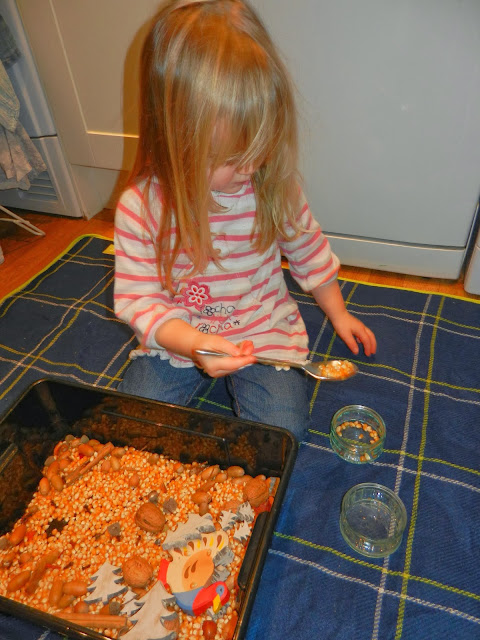 LEARNING INTENTIONS AND IDEAS FOR EXPANDING LEARNING: Today I wanted to extend the children’s knowledge of Thanksgiving a little. We talked about it yesterday while playing in the homecorner and making big festive dinners with the food. They enjoyed the story and and had been briefly introduced to the history and traditions of Thanksgiving. Today I wanted to set up some small world play and use it to help develop their understanding and to cement some of the learning for them.

Everyone showed great interest and engagement from the start. The Native American figures arrived in the post today and so the new toy was probably a huge part of the interest and excitement. They wanted to make the figures a new home and so we set up a play scene using other loose parts form the playroom. The children gathered cloths and wooden trees as we talked about the things we needed to tell our story again. I held up the Thanksgiving book that we read yesterday and asked the children what we could find in the playroom that would be mentioned in the book. We found a boat and some blue cloths for the sea. I added some extra bits for scenery, like pebbles and logs.
The children played with what they knew about the story and looked through the book to remind themselves about sections that they had forgotten. They chose their own ways to do things and solved problems for themselves, like the Mayflower being too small to carry so many Pilgrims… so lets get Noah’s Ark! Both Little “R” and Little “L” took turns to tell the story while the other moved the figures around. Immersed in their play and concentrating for extended periods of time. Returning to and revisiting their play throughout the day.
Today’s play, meets the following EYFS Prime and specific areas

EXPLORING THE WORLD THROUGH CHILDREN EYES.

HOW I DO MY DEVELOPMENT FOLDERS/ LEARNING JOURNEYS