Well in typical British tradition, we all planed a Jubilee celebration and it rained throughout!

But we are BRITISH! We will carry on and make the best of what we have!

On Sunday morning, we went to the Church to make our crowns. Brendan was a bit on edge with this but made a lovely crown in the end.
I think he found the whole day a bit tricky to be honest, but then I guess it was a very social event and not at all “a routine” day, which would have thrown him. But unlike past years he is now controlling his anxiety and finding a way to cope. He spent most of the village Jubilee party, in the social club corridor on his DS with some friends and although it was not how I wanted him to spent the day…. it was his way. If I had forced him in to taking part he would have got very upset and we would have had to leave.

We put up our Gazebos and set up the chairs and tables, brought our food and joined in the fun! 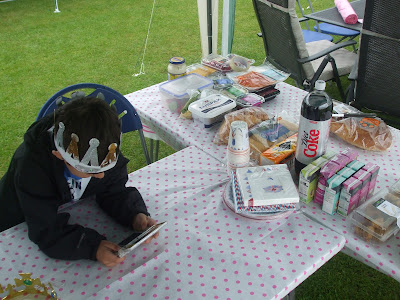 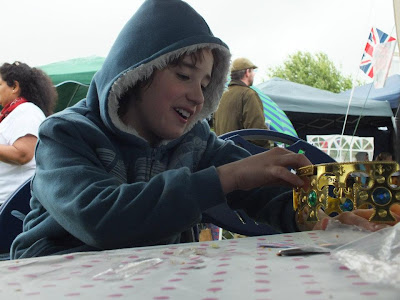 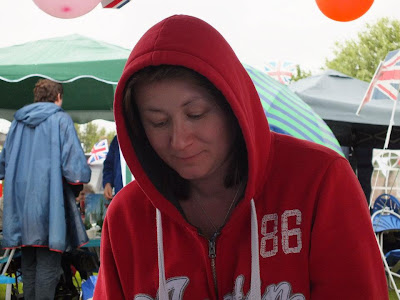 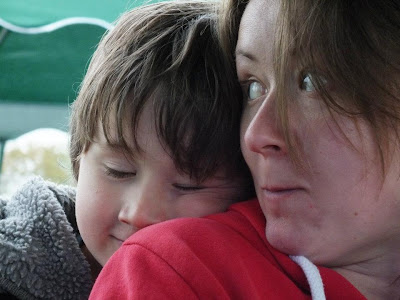 Heather from looking out for the little people spent the day with us as well. She even brought a little person! 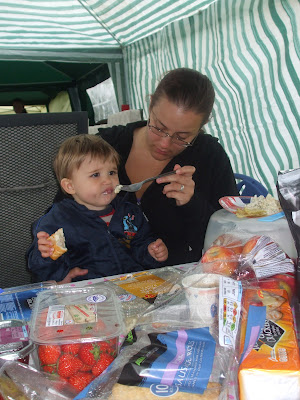 The boys showed me their bunting! We had great fun looking for the pieces we had made and it was wonderful to see them all hanging together in a long string! This bunting is going to be saved and reused for future village events. 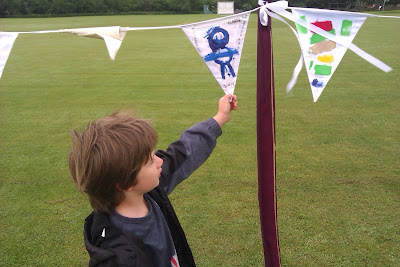 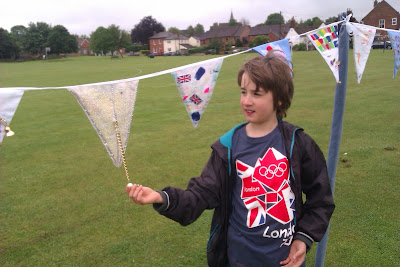 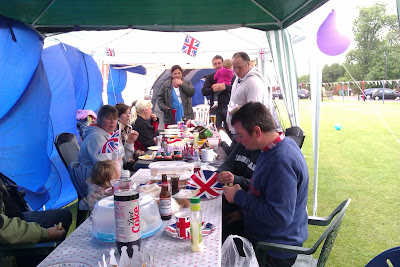 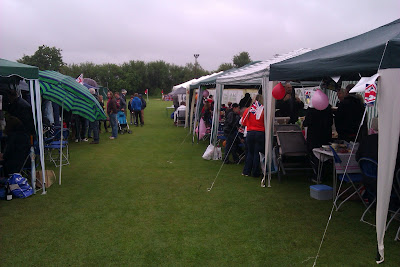 Everyone was asked to make a few cakes for the party and to put them out on the table. Then we had tea and cake! We could choose what ever cake we wanted! 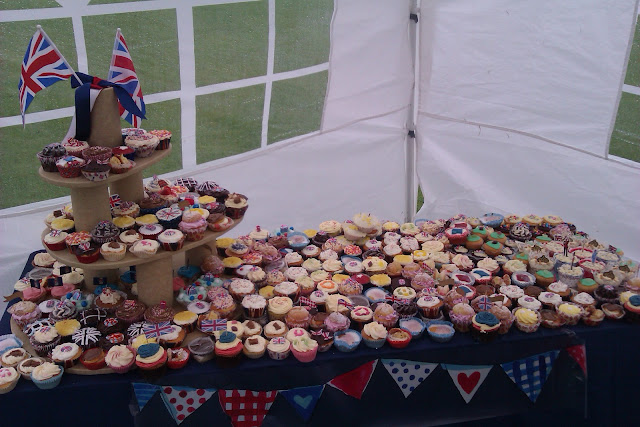 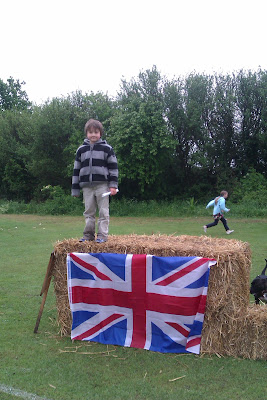 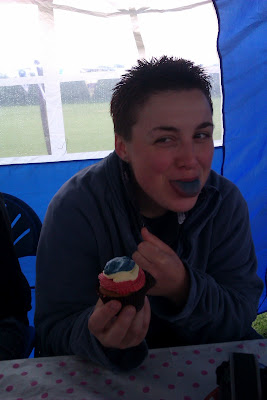 There were several activities organised for the children to do throughout the afternoon. We had to hunt for jigsaw pieces and then come and add them to the big puzzle of Buckingham palace. 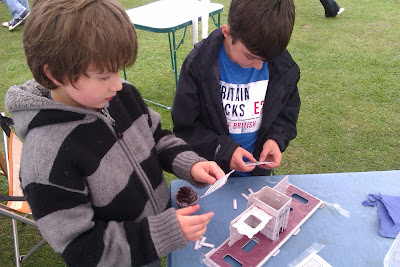 We had some running races! Kenzie enjoyed the egg and spoon race! 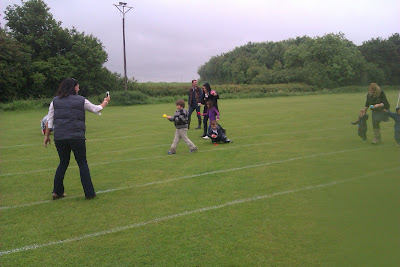 There was also a fun treasure Hunt. 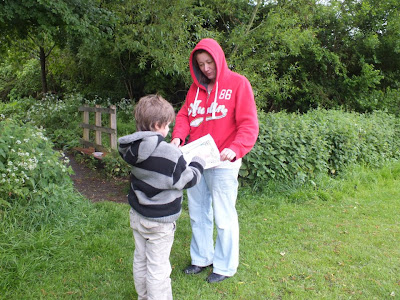 We spent a good few hours with our fellow villagers and then came home to watch the “Thames Pageant” on the telly.

WEEKENDING WITH MY BOYS!