We have a fabby new toy here and it was a bargain from a Facebook sale site. All the children have had a go at playing with it and lots of little stories have been told with the extra fire men that I bought for it from Amazon. 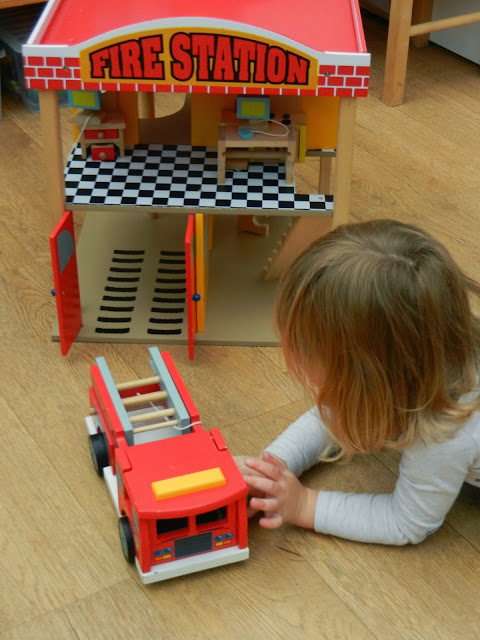 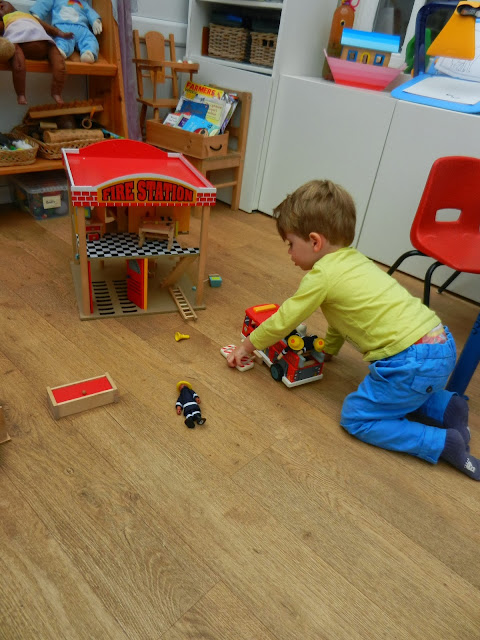 I love listening to the children giving the characters voices and little lives. Little “X” spent ages chatting and acting out little scenarios.  This toy really captured his interest and imagination.

The Firemen were driving so fast that the Engine tipped over and everyone fell out……. 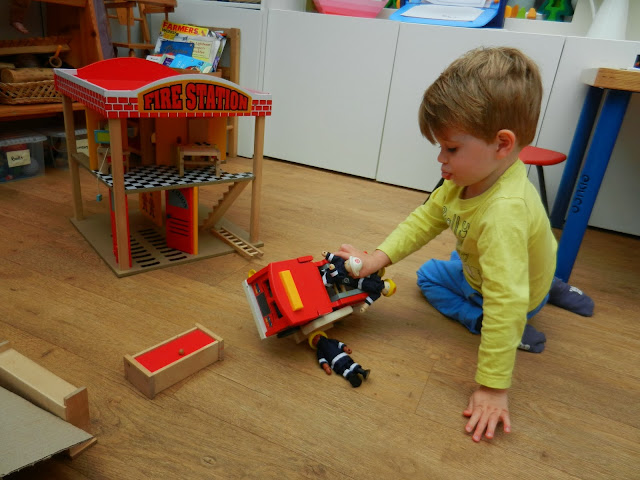 Little “X” saved someone from a wardrobe! 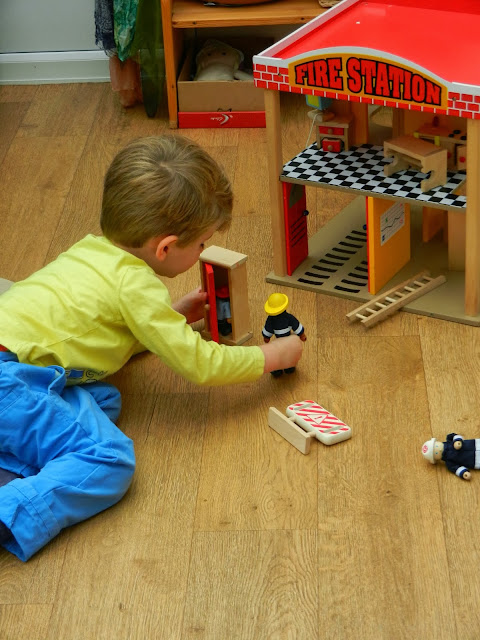 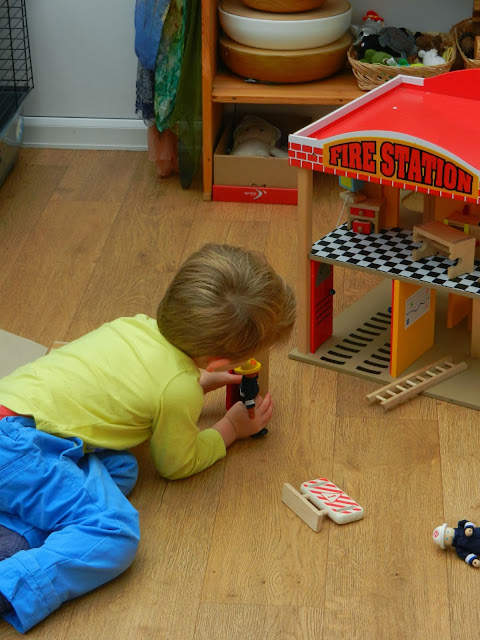 CHARACTERISTICS OF EFFECTIVE LEARNING: Each of the children showed great involvement in the new Fire station toy. They all used knowledge from stories we had read and episodes of “Fireman Sam” that they have watched on the TV and transferred it to their small world play. They were so involved and focused on their play.  Each child explored the toy in their own way. Using the fire truck and filling it with firemen and driving it around while others spent their time setting up the furniture in the Fire station and putting little computers on to desks. They worked things out for themselves and used items to represent other items. Making links with past play or learning and bringing that to the current activity.