I have noticed, of late, that little “R” will take any opportunity to get out the scissors and try and cut her pictures after drawing.

I have added a plastic pair of  safety scissors to the drawing stuff but they only cut some things. something between paper and card. This means she can play with them while i am maybe not as focused on her as i need to be when she is using scissors, (when i am cooking diner or changing a nappy),  but it also means she is not getting the satisfaction of managing to cut something and can get frustrated when the paper is too thin for them to work. 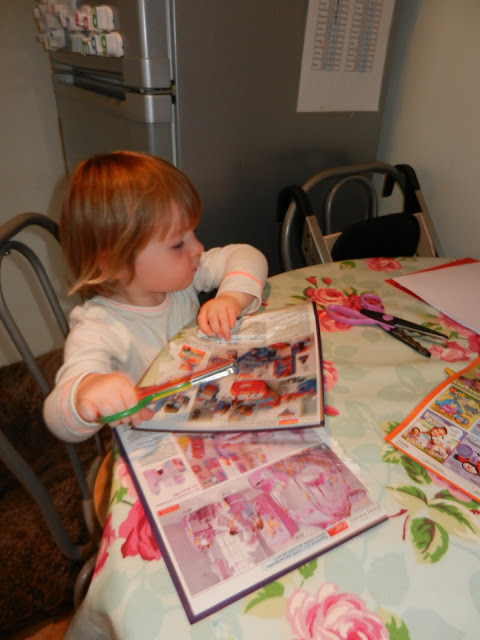 This week i set up an activity that i hoped would give her some time to really experiment with cutting and using a better pair of scissors. These are still safety scissors but have metal blades.

She holds the scissors perfectly in her hands and can use her hands to open and shut them correctly. It is still hard to cut the paper but it is easier than it was and she is enjoying the results. 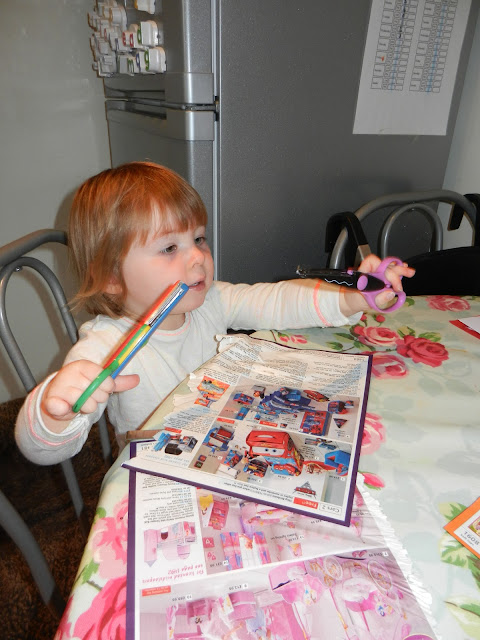 She can not cut things out yet. She is still a bit little for that sort of controlled cutting. But she is managing to make cuts in to the edges of her pictures. 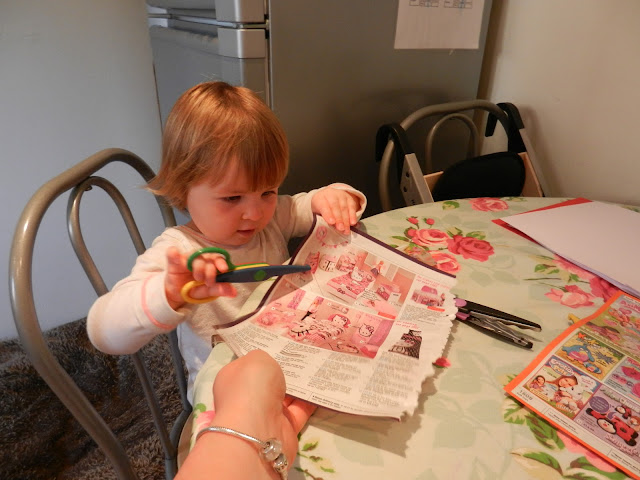 I cut out some pictures of things she liked from an old catalog that my mum gave me last week. She really enjoyed sticking them on to her paper and then trying to cut it all up once her collage was complete. Once she had made big cuts in the edge of her paper, she tore the rest of the paper until it was torn in to two halves! This was done over and over so that her original picture was now more like a jigsaw! 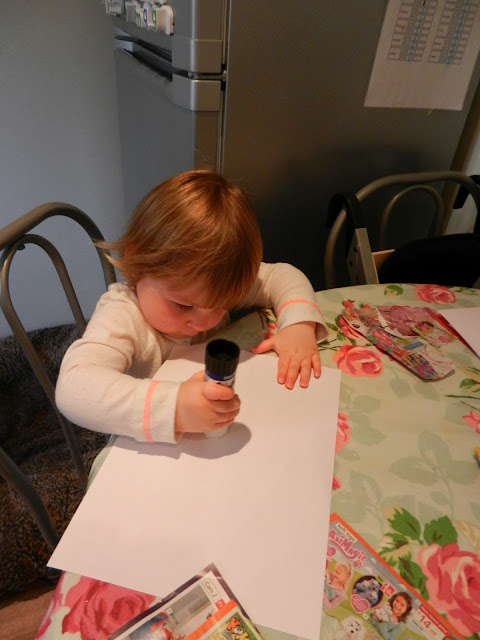 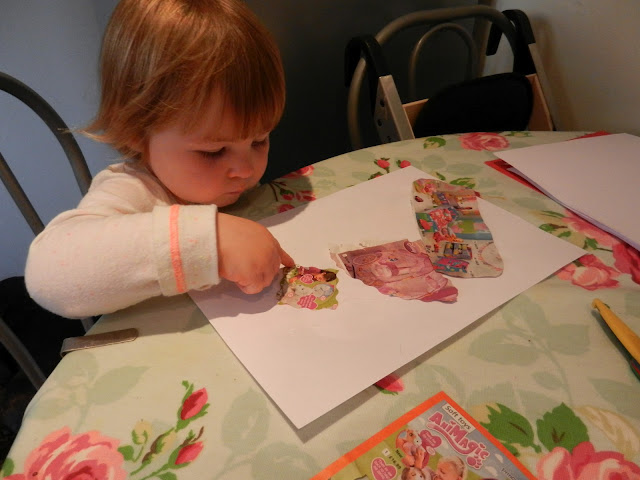 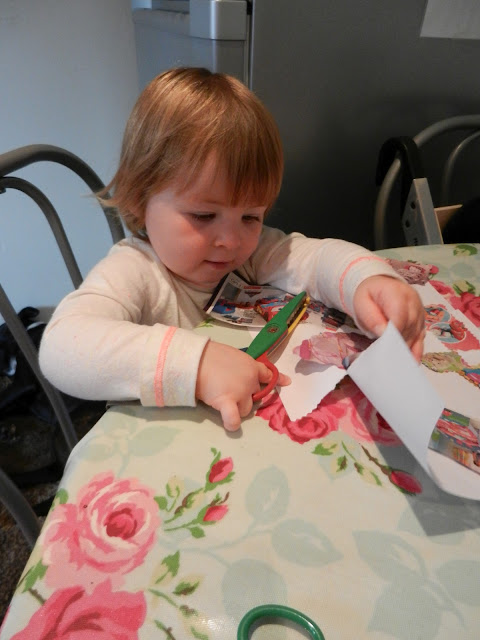 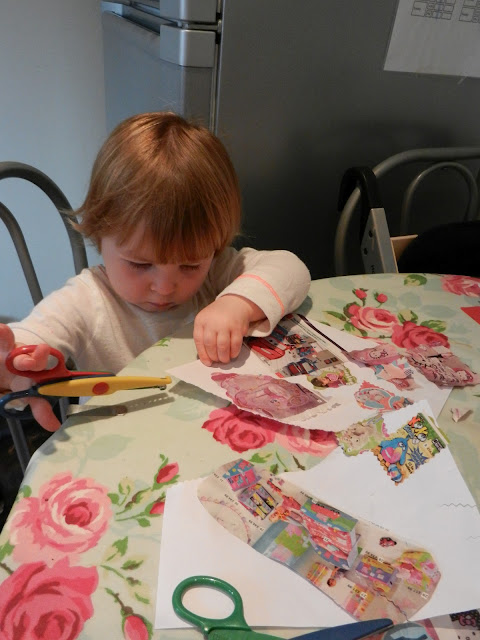 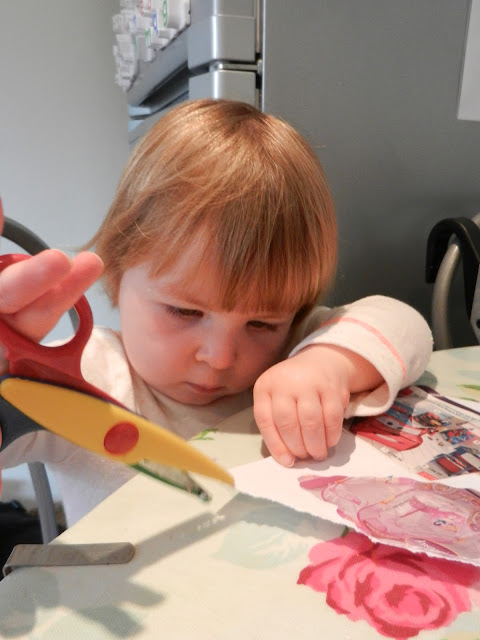