Today my home town, not far from where we live now, held a full military Freedom parade accompanied by music from the RAF College band.


The local schools were there to see the Airmen and the Duchess of Cornwall receive the Freedom scroll a then march through the town with drums beating and bayonets fixed!


We thought we would pop along and show our support for the RAF and I am pleased we did.


As we walked down the empty road, (as all roads had been closed) we saw the flashing lights and black cars coming towards us and got a fantastic view of the motorbikes and Camilla arriving. Sadly I missed a photo opportunity as I was showing little “E” the Police bikes! But We were living the moment rather than photographing it, which is how it should be!


We watched her going on to the Town hall and then walked round to stand with friends in the crowd. We got a great spot right opposite the kids from our little school and my boys were there with flags waving!


The little ones did get a bit restless while all the ceremony bits took place. It’s not really interesting for them and  bless them they were really patient. I could see my boys over the road starting to find it all a bit less fun and I think the waiting around and crowds started to become too much for Brendan. His mood changed and I started to see his hands turning in to fists and I could see we were heading for trouble……..
His TA was wonderful though and spotted the change. She swooped in to support him through this tricky time and even though he did get rather stressed she did a great job of helping him. These are the bits of his Aspergers that brakes my heart. All the children got board at that point, but for him it all becomes too much. He starts to bite himself and looses all the tools he has been taught to help him when he gets stressed. It is hard as a mum to sit back and watch but I know I have to let school deal with it and they always do.


Before too long the RAF were on the move and ready to march past! The band were fantastic and it was a wonderful sight, watching them being cheered and seeing them march so perfectly down the road!


Little “R” enjoyed waving her flag and stood at the railings getting a front row view. Little “E” spent some time on my shoulders watching everything going on and the band made poor little “L” jump.
We took Buddy bear with us dressed up in his Palace Guards uniform so he wouldn’t miss out on the fun!


After the parade we started to walk back up the high street to get the car from my parents house. The girls were getting hungry and Little “E” had had enough. The RAF had stopped at the War memorial and were ready to march back again with their mascot, George the Goat! Little “E” asked if we could watch them again and we got a much better view this time as there were less people up this end of town!


Meanwhile my cousin and friends were taking photos of my boys and their school friends meeting Camilla. I was so worried about Brendan being rude, but apparently Camilla could see he was not in a good place and didn’t try to shake his hand, just speaking to them and shaking the hands of his friends, then moved on. I am very grateful  for the lovely photos that were taken of her chatting to Kenzie and his friends. One of my friends took a picture of our side of the road with myself and the children in it. It was lovely to have a picture of us to go in our memories book.


Here are some of the photos from the day! 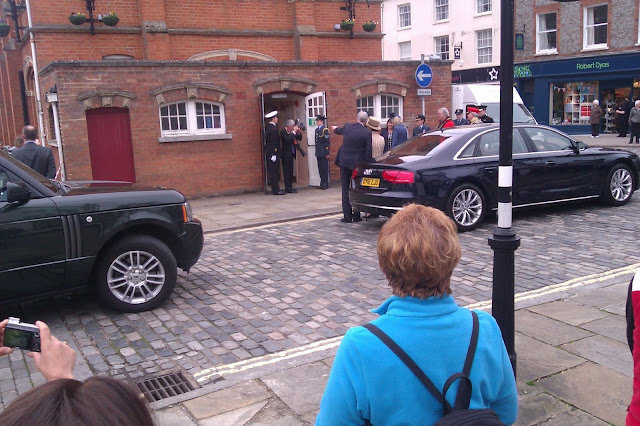 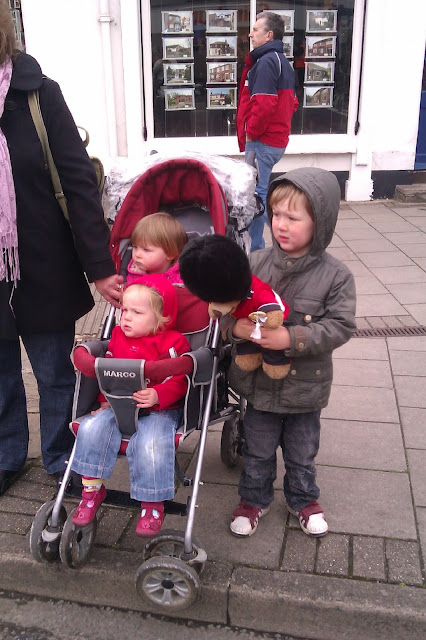 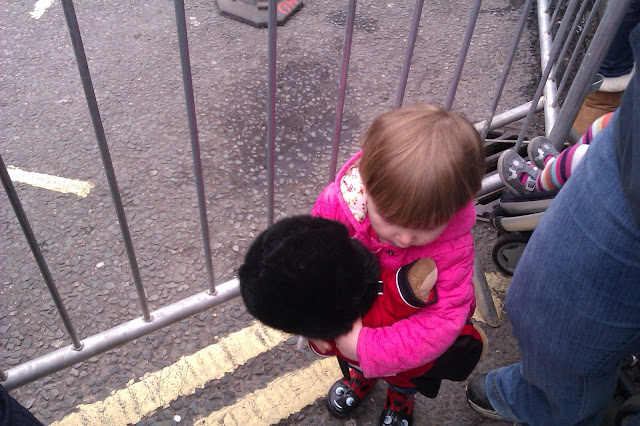 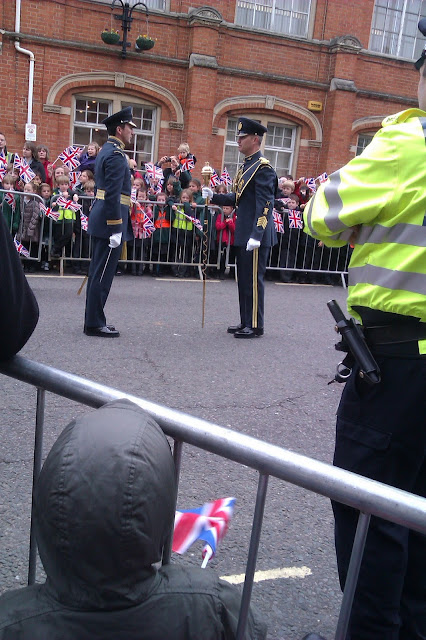 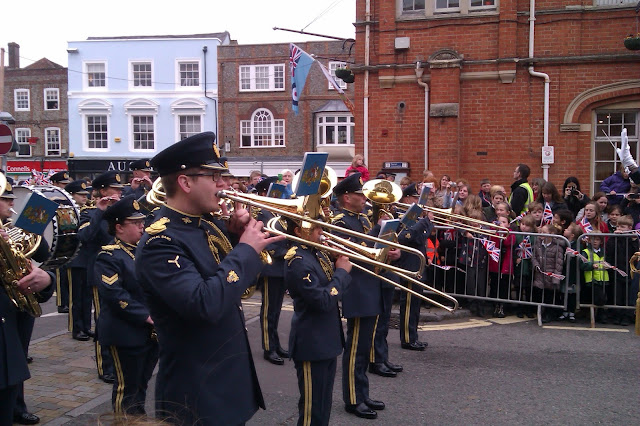 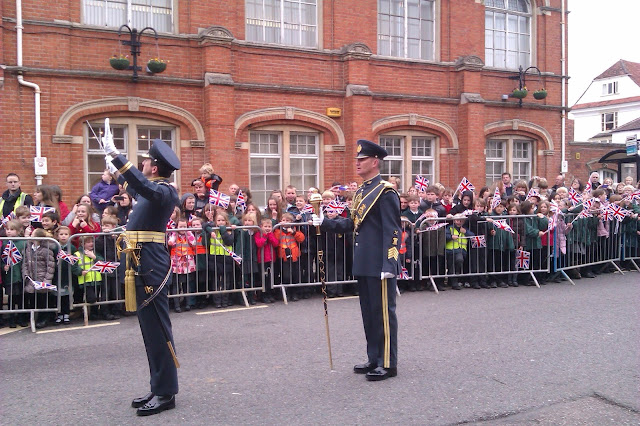 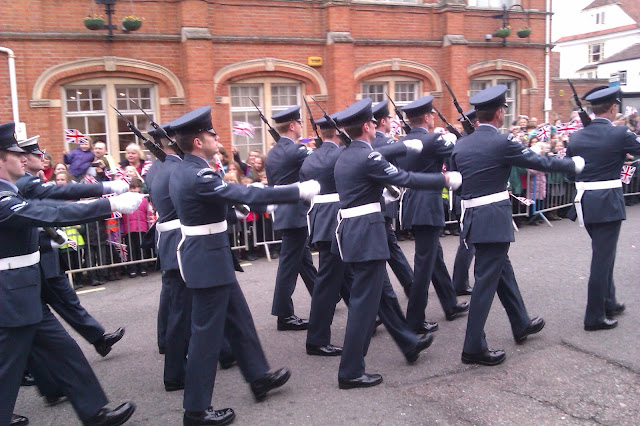 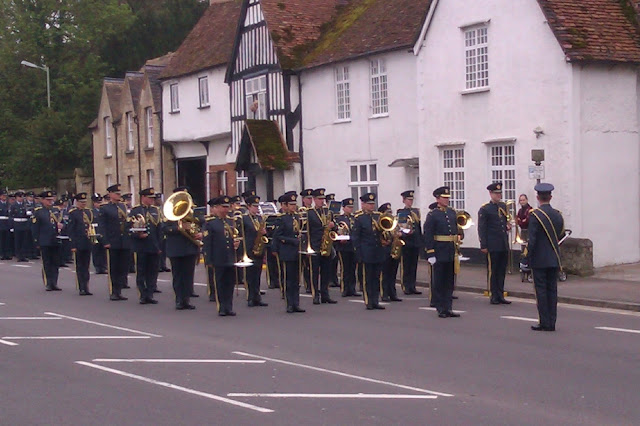 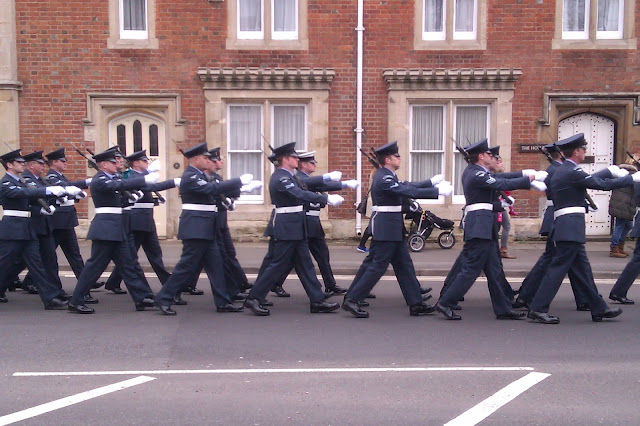 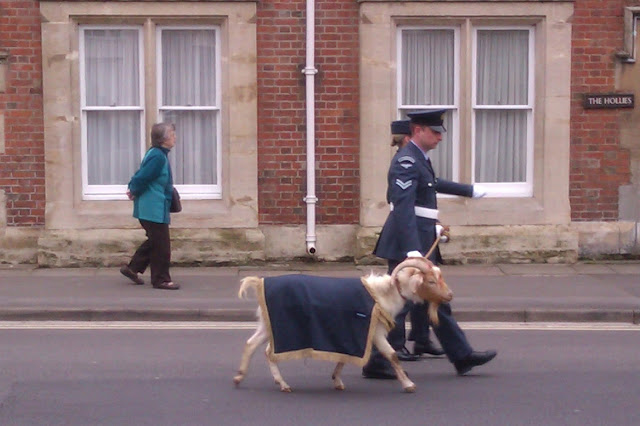 GETTING READY FOR PIRATE DAY!