It’s been a funny old week. Kenzie has been off all week with swollen tonsils but has been fine in himself.  Brendan was off Monday and then again Thursday with tummy ache. Again he seems fine but it was distracting him enough that he found a day at school tricky.

We spent our days enjoying some quiet at home time together but we did enjoy a sunny nature walk during one of the beautiful bright blue sky days that we had. 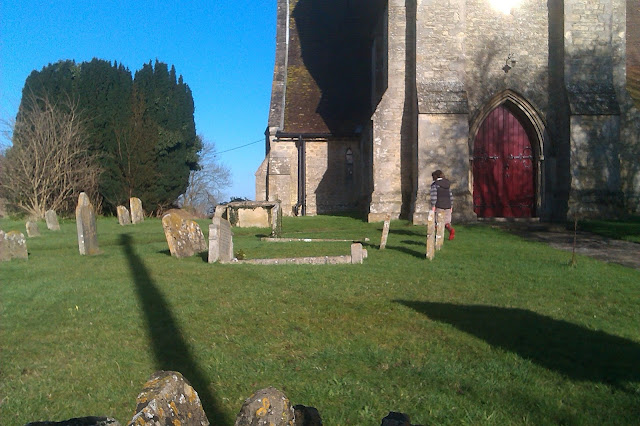 We spent a lot of time exploring puddles! 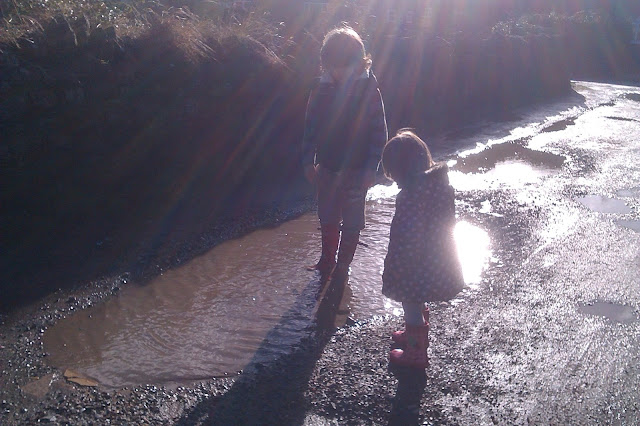 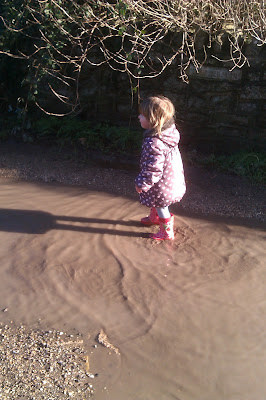 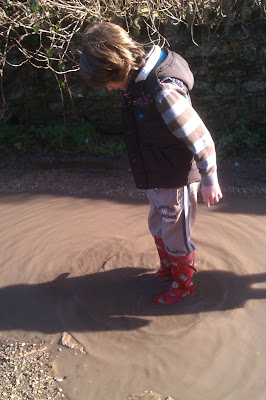 We looked very closely at the new plants growing. Spring is not far away now and all the snow drops and daffodils are starting to shoot!. 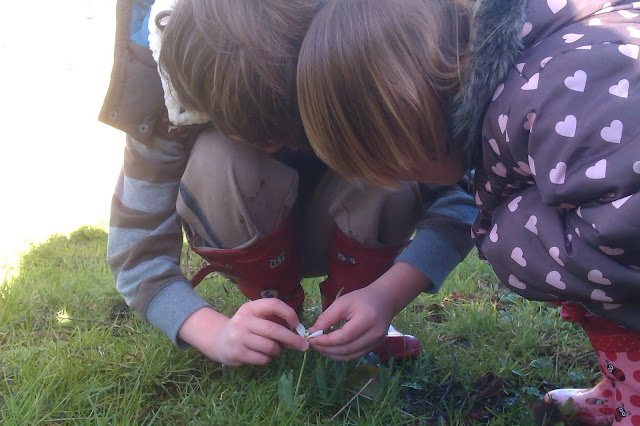 Kenzie wanted to know how climbing plants could stick to walls so we took a close look at some growing up the side of a building. We could see the white marks made by the old tendrils. 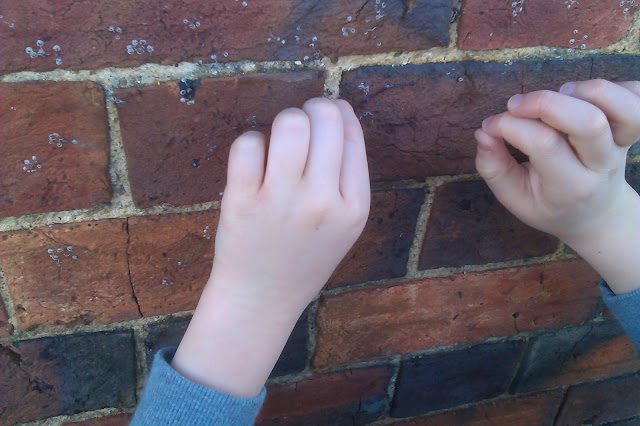 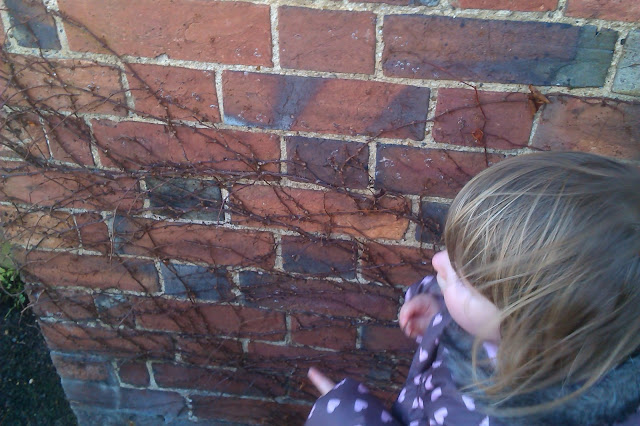 More puddles to run through! 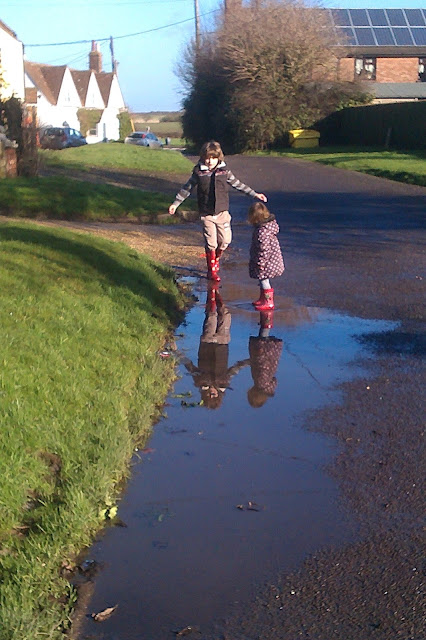 We did some Phonics work. Looking at “ow” and “ou” words. They sound the same but look different. noticing patterns with how the words that rhyme tend to have the same “ow” or “ou” sound in them. We enjoyed an on line underwater treasure hunting phonics game and Kenzie asked for me to print off some worksheets we found. He has been working through them and doing really well! 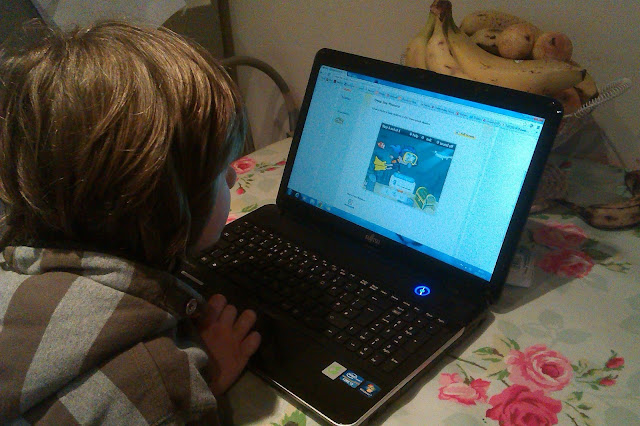 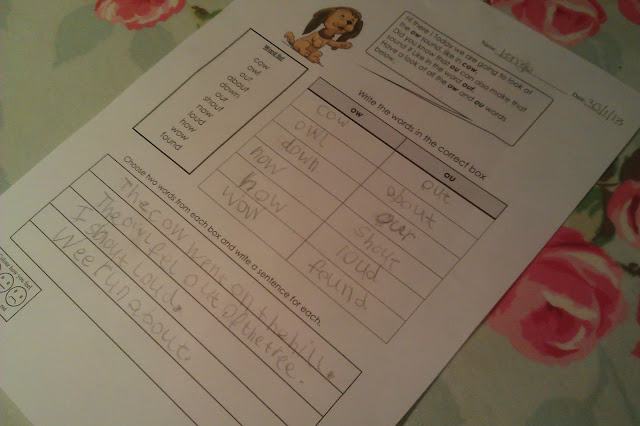 We also played lots of maths games as well and focused on some of our fractions work. I am teaching Kenzie the basics of fractions and Brendan is learning how to add fractions together. We found some great you tube clips of this which explain the process far better than I could.

We did some equivalency  work. Choosing a pizza slice and then finding fractions that would fit over the top to make the same amount. 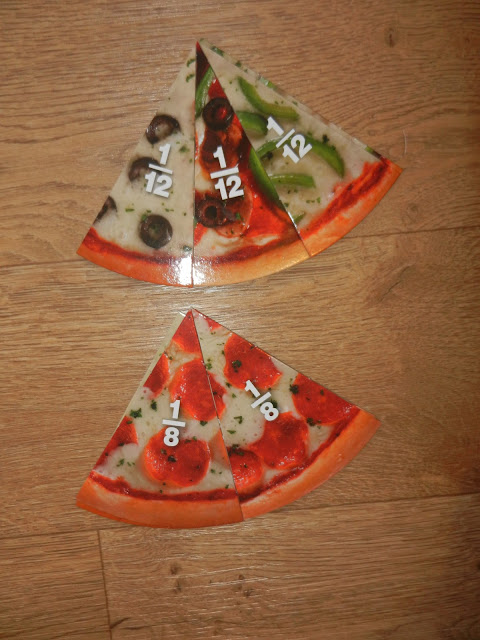 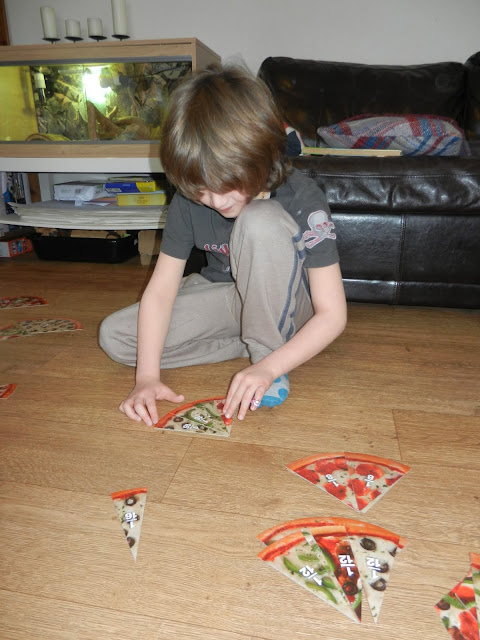 Brendan and I had a conversation about simplifying fractions which he seems to have a very good grasp on. We did some mental maths on this while his hands were busy making up full pizza slices. 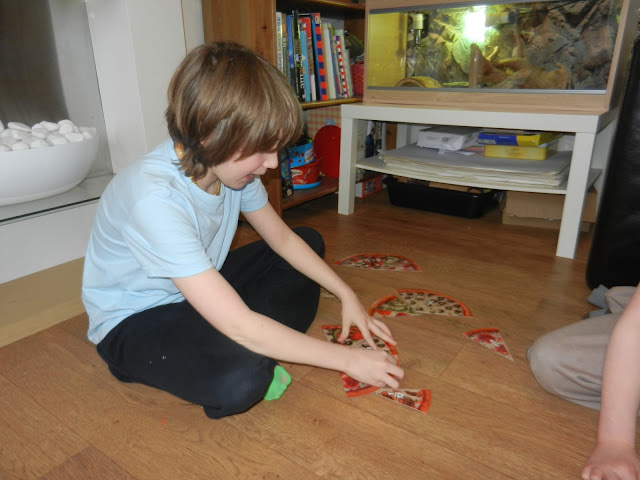 Little “R” enjoyed making up pizzas and telling me what food she could see on each slice. We used the mathematical language with her even though she is too young to really understand the concept of fractions. She will soon be able to understand the concept of sharing equal parts and simple fractions such as half and quarters. We will continue this next week with the wooden choppable fruit and vegetables in the homecorner. 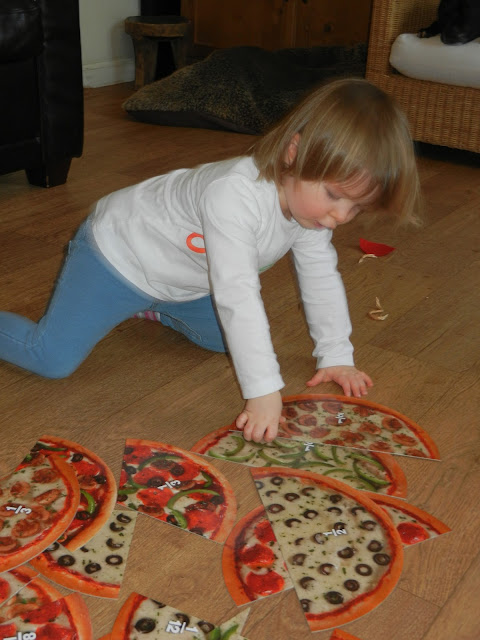 Brendan started to get another tummy ache so he curled up under a blanket for a spot of reading. 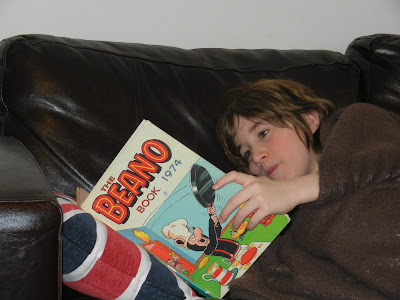 We have a new little chappy joining us on a short term basis. Baby “J”, who found having Kenzie home a great support to him. He has sisters about the same age and I think he saw Kenzie as an extension of them. It was very sweet to see him holding his arms up for a cuddle and climbing on to Kenzies lap. Kenzie was really gentle with him and reassured him with soft, soothing words. 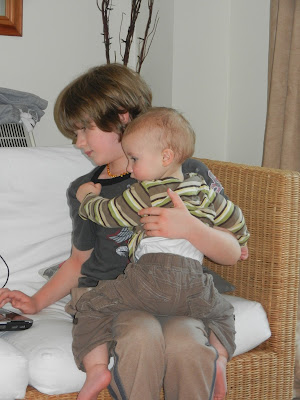 Brendan spent Tuesday at school, cooking a meal with a group of class mates and teachers. They cooked carrot and coriander soup and pesto chicken pasta all from scratch. Brendan was in charge of cooking the drop pancakes (his speciality) for the dessert. Kenzie decided that he should cook lunch for us that day and he made pancakes, bacon and maple syrup! It was so yummy!! 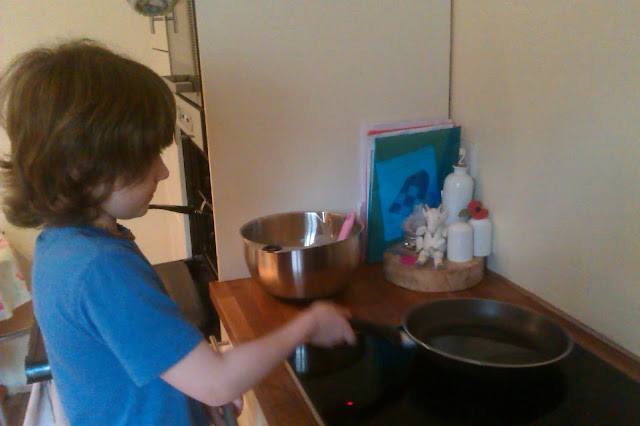 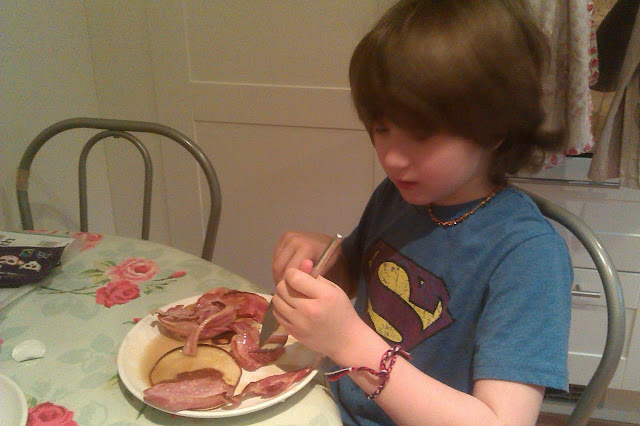 I am going to miss my helpers next week when they are both (hopefully) back at school again. Oh well. Only a week left till half term!