This morning we got out the Dr’s kit to play with. Very quickly we had a full hospital set up. Cardboard shoe boxes were turned in to beds for poorly teddies and dolls. The children all took turns to treat them and make them all better! 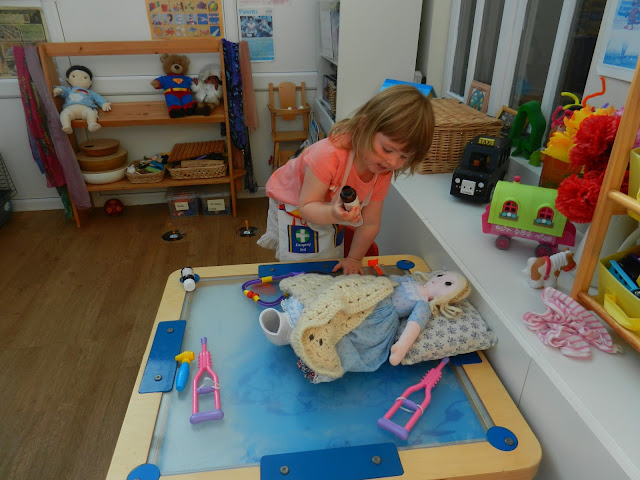 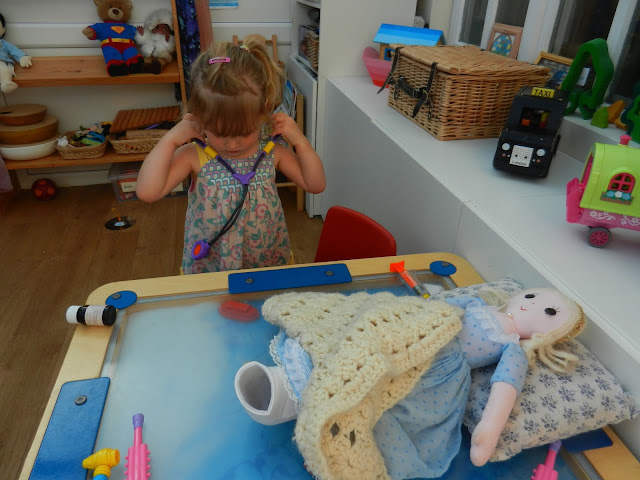 We looked at the different pieces of equipment that Dr’s use., like stethoscopes. I had added some washed medicine bottles to the kit last week which the children enjoyed. It encouraged lots of chatter about medicines, tablets, and making people all better again! The Dr’s gave me some blank prescription papers that were going to go in to the recycling bin and these have been fantastic for starting conversations about where we get the medicines from and to encourage mark making in their play. 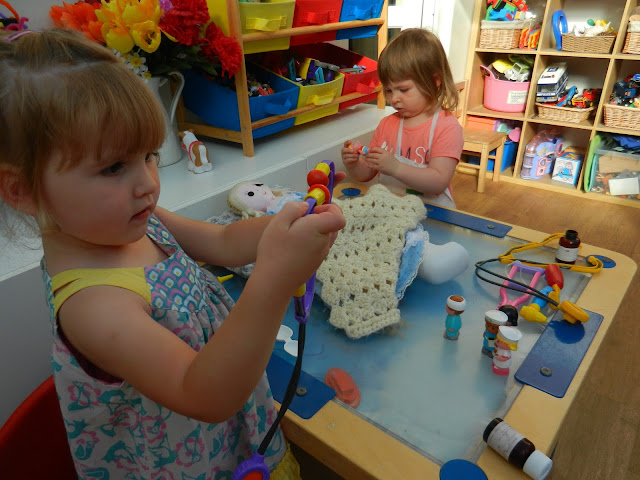 The Happy Land toys came out and the girls looked for the Drs and nurses and the patients. We couldn’t find the wheel chair though unfortunately. 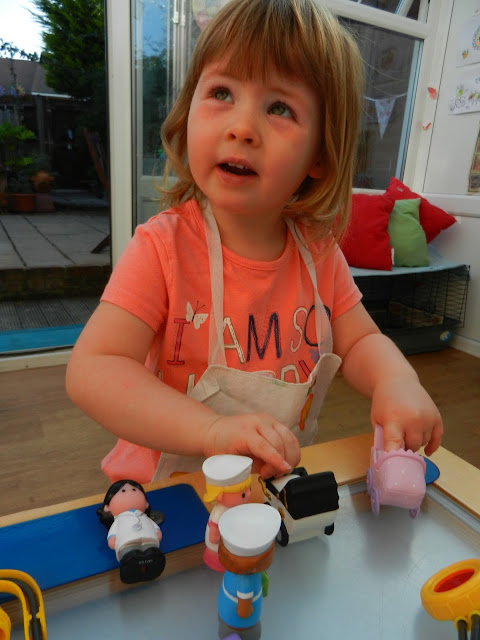 Little “L” added the “Build a bear” foot cast, to her foot and told me it was broken. She made herself a bed and told Little “I” that she needed to make her better. She needed bandages and medicine. 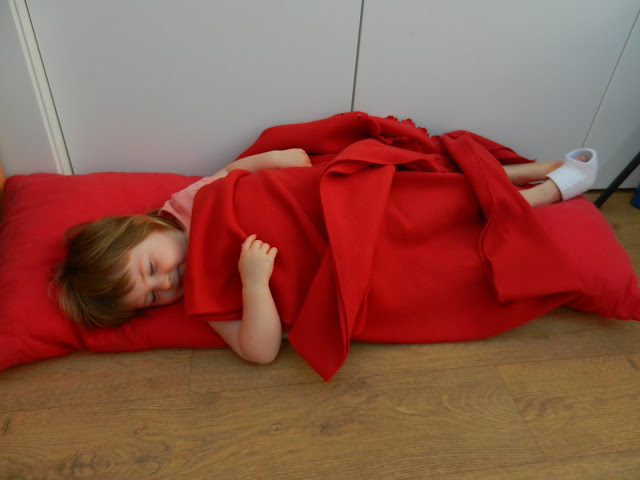 After a while the girls swapped roles and little “I” lay in bed and put the cast on. 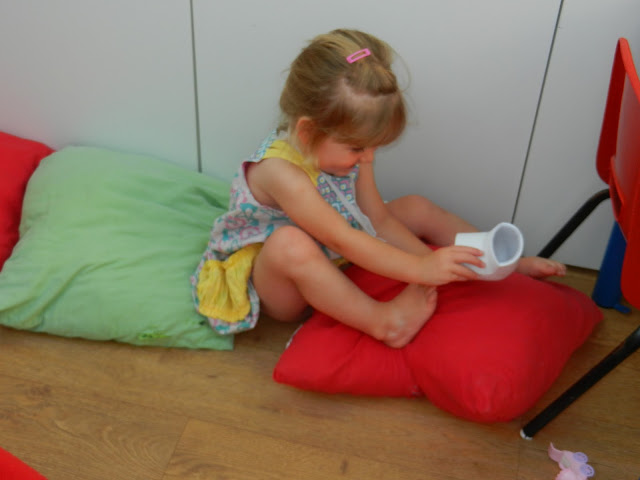 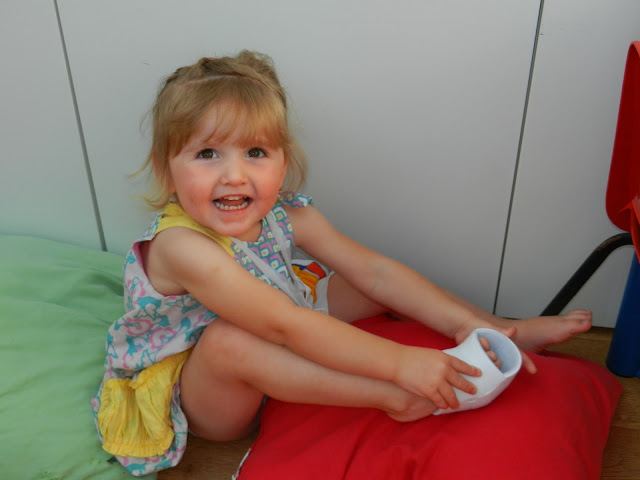 We sat and enjoyed a couple of stories together about Dr’s. One was about a girl who had her tonsils out in hospital and another was about a boy visiting the Dr’s. 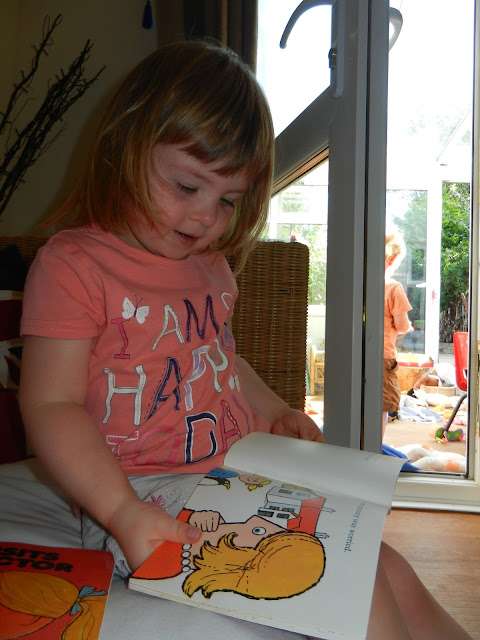 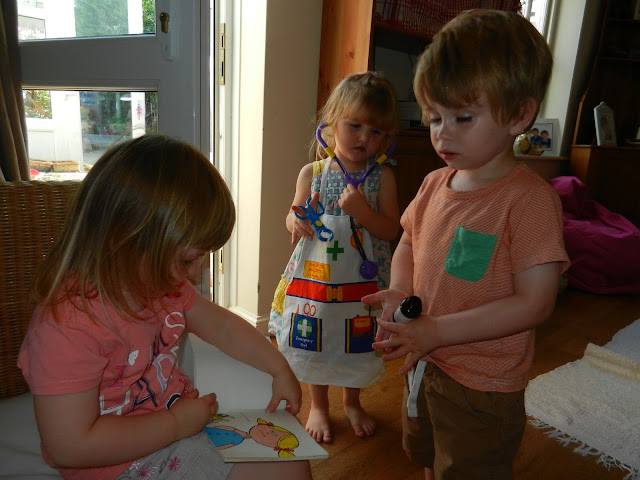 Little “X” wondered about giving everyone medicine and saying “you  be much better again!” 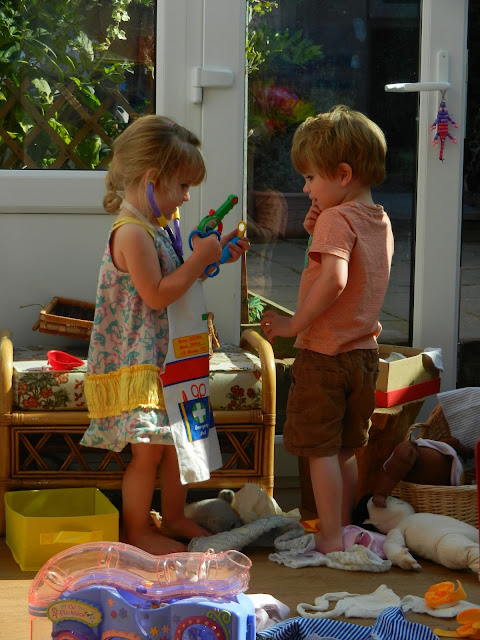 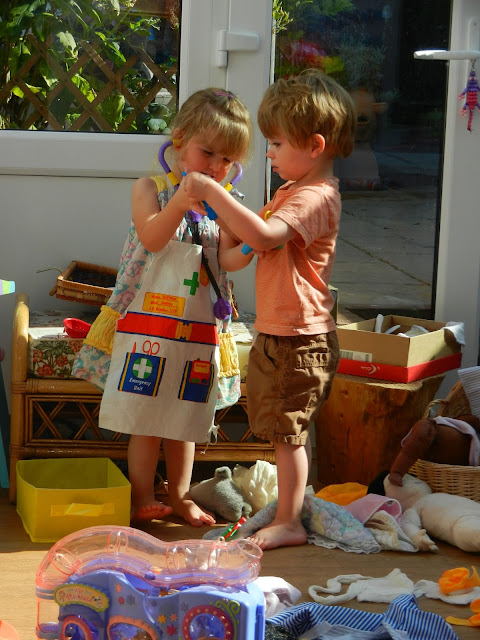 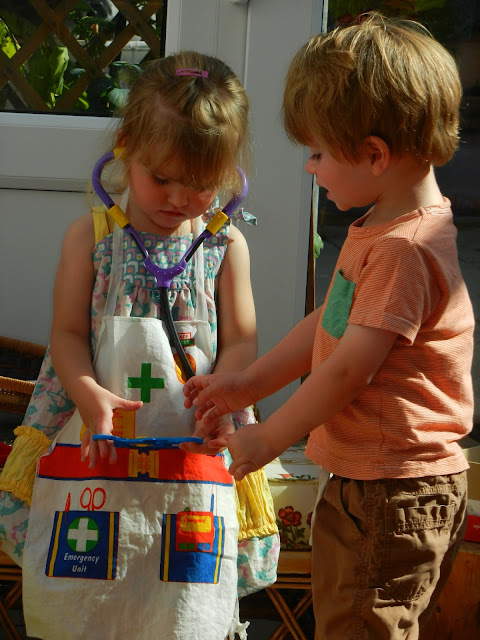 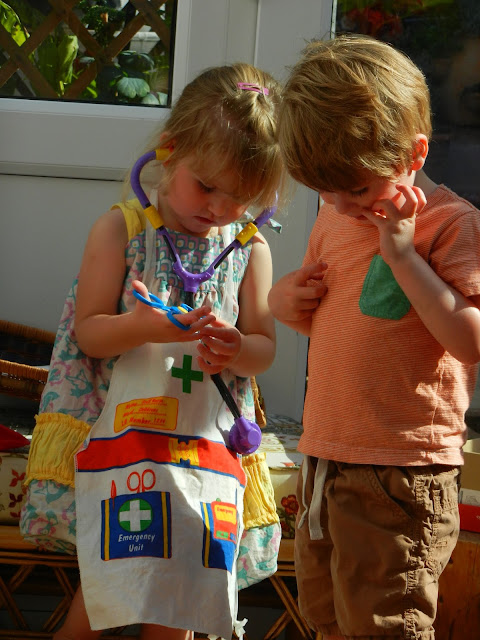 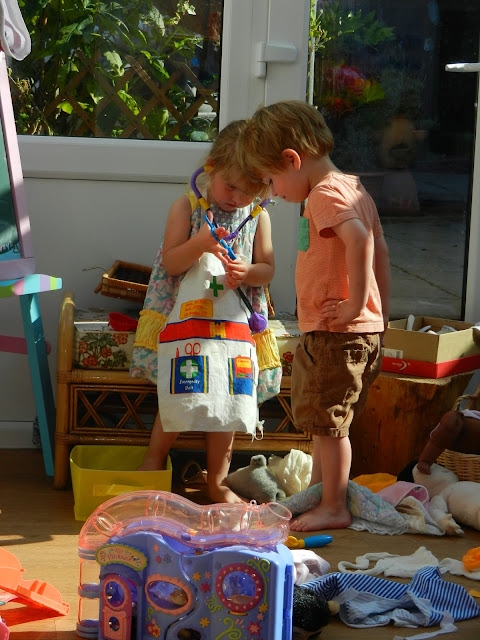 “X” and “I” explored all of the different items in the kit and found interesting ways to use them. Some of them they knew how to use. Checking in ears with one and listening to their hearts with another. Pretending to give each other injections. Some times though they found one that they were not familiar with so they made up their own way to use it. We also had a few attempts at bandaging! 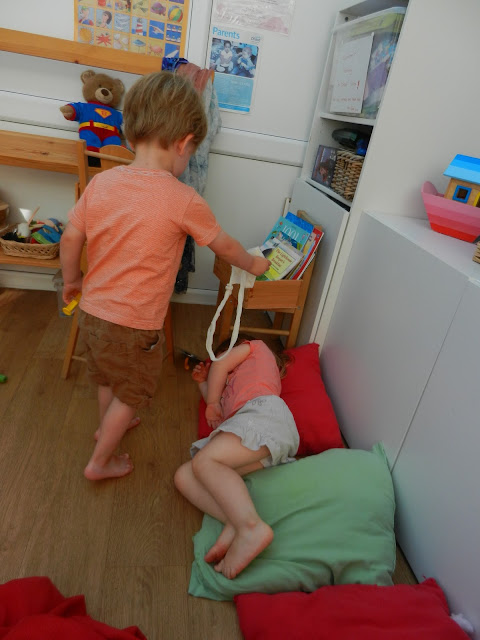 CHARACTERISTICS OF EFFECTIVE LEARNING: Each of the children showed great involvement in this activity. They all wanted to try out the Dr’s tools and each of them became fully engaged in the make believe play and willing to give it a go. The reading of the story and also the fact that we re-read it several times, meant that the learning was being reinforced. New ideas were offered and then incorporated in to their play. Little “R” mixed resources so that she could better understand the process we were learning and she was making her own links and thinking creatively by using the plastic happy land Dr’s figures. The children were really involved and enjoyed taking active parts in the play and taking turns to be different roles. They all took knowledge from their own experiences of being poorly or going to the Dr’s and shared ideas and experiences with their friends and listened to the things others had to share.