Sometimes it can be tricky to get little “X” to try something new. He loves the cars and trains. He will spend hours with them! I am working on shapes and colours with the children at the moment and I wanted to use the playdough with him, as I had with the girls earlier in the week. The girls tried to encourage him to come to the table and join them but he wasn’t very keen. He had found the Duplo train and tractor!
So I brought the Duplo vehicles to the table and he was there like a shot.
We rolled out the dough and then ran the different vehicles across the top. They were all amazed at how different the wheel marks were and told me they could see “Circles” when they pushed the bricks in to the dough. 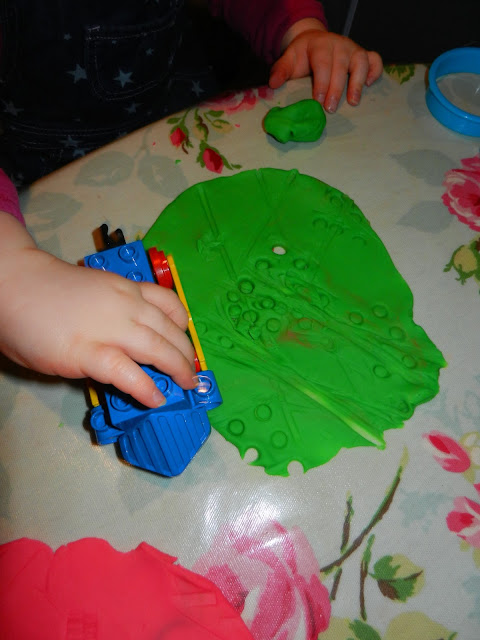 Little “X” became very absorbed in making different patterns. He pushed each car, train and tractor across the dough and then ran his finger over the marks that were made. I could still talk about the colours of the dough or the train and I could point out the shapes that each brick or vehicle made. It was the same activity with the same out comes, just adapted to include his interests, which was the key to drawing him in. 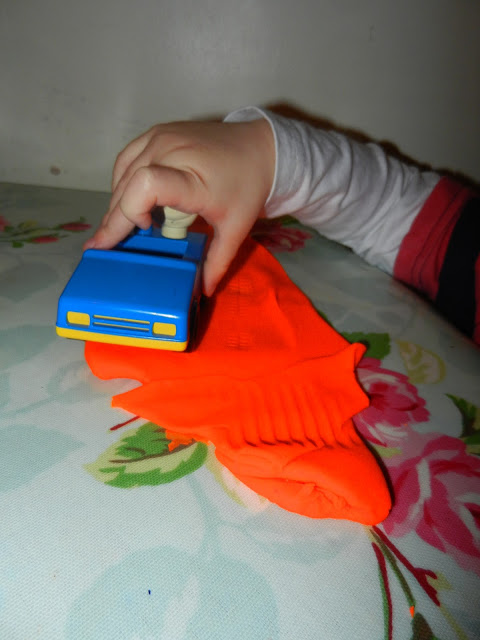 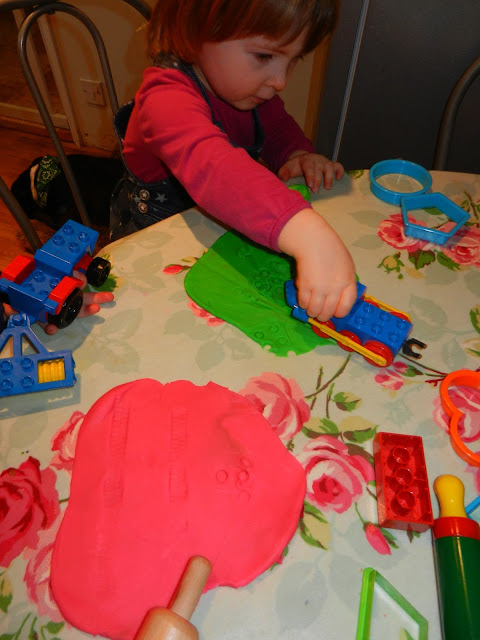 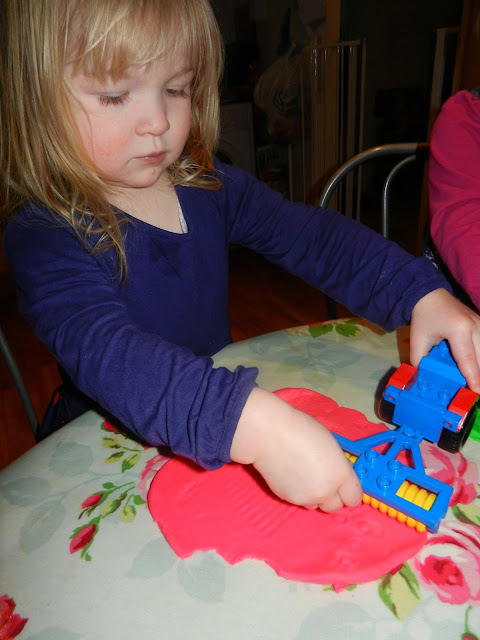 This time together provided a wonderful opportunity for conversation, as they shared their discoveries. There was turn taking and sharing taking place as each child asked for the different vehicles to make new marks. 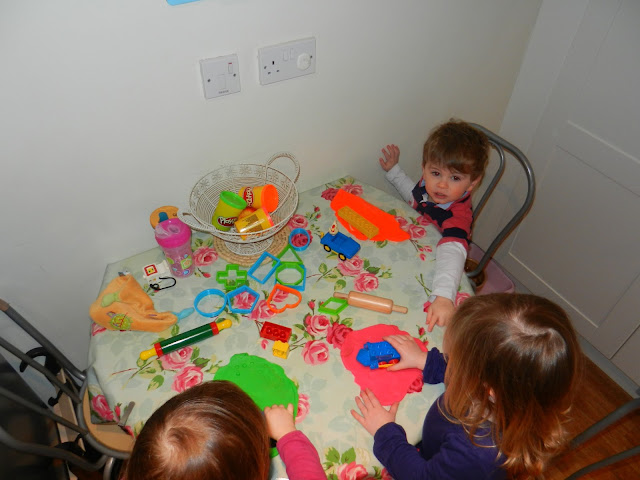 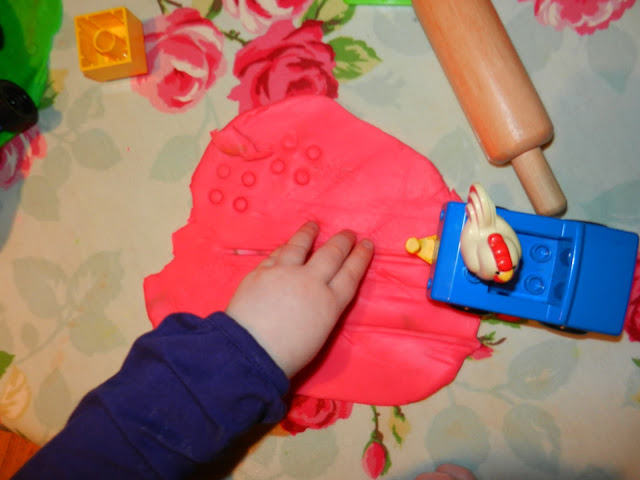 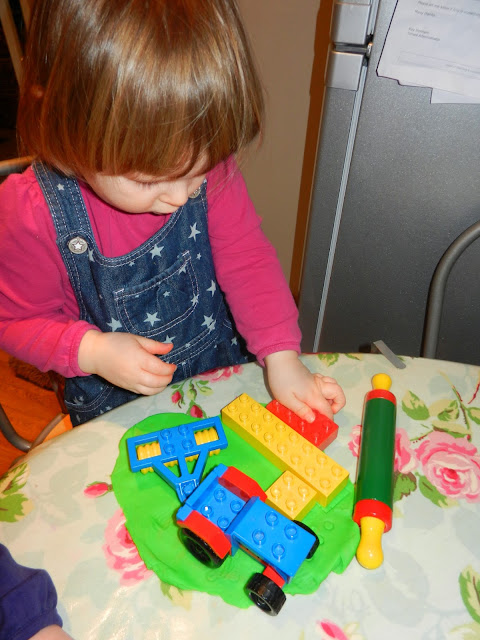 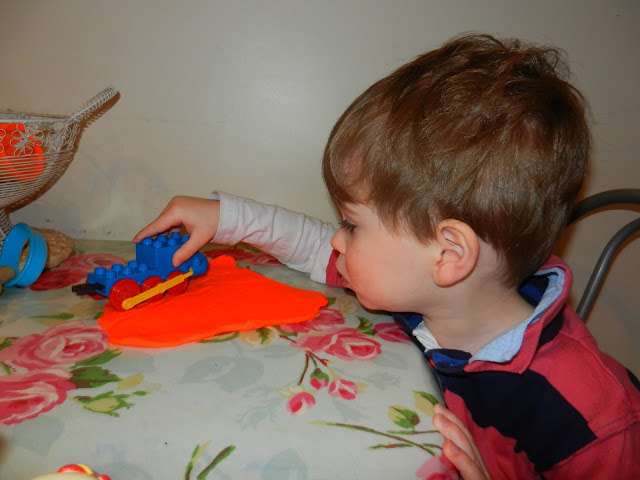 A SNIPPET OF OUR WEEK!