This week we have enjoyed lots of Christmas fun. We also started to look at the Christmas story and used our wooden Nativity set to act out the story as I told it!
In this picture you can see Angel Gabriel talking to Mary and telling her she is going to have a baby boy and he will be called Jesus. 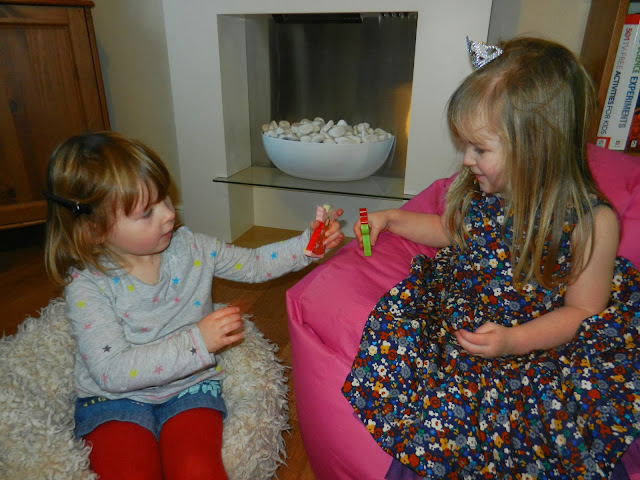 In this picture she has gone to talk to Joseph and tell him about the baby and that he is the son of God! 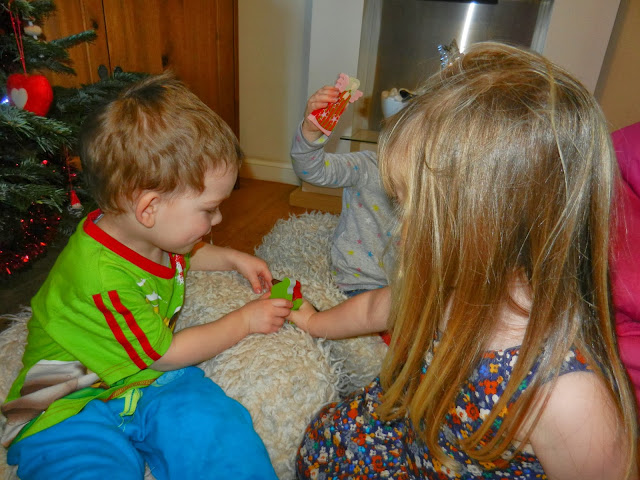 They journeyed to Bethlehem! 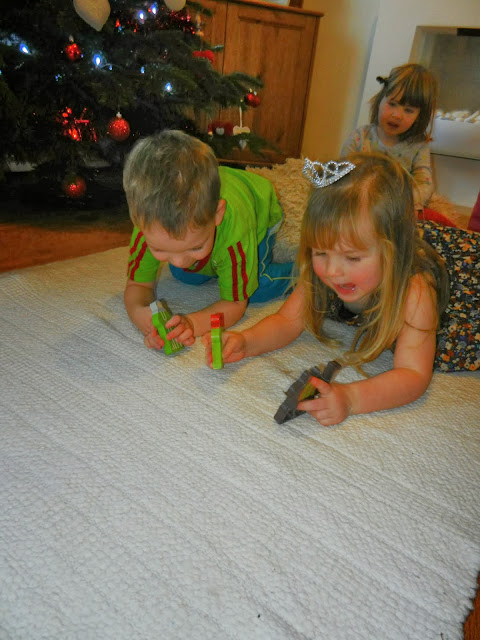 We had fun knocking on doors and saying “NO ROOM!”
Thankfully a nice Inn keeper had a warm stable they could sleep in. 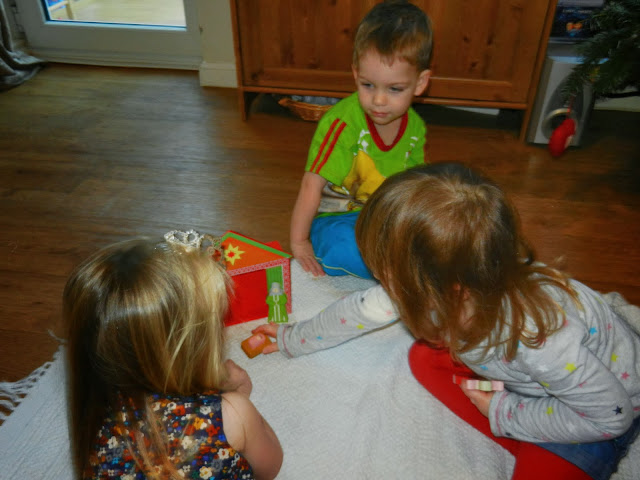 After baby Jesus was born, Angel Gabriel visited the shepherds on the hill and told them about him. 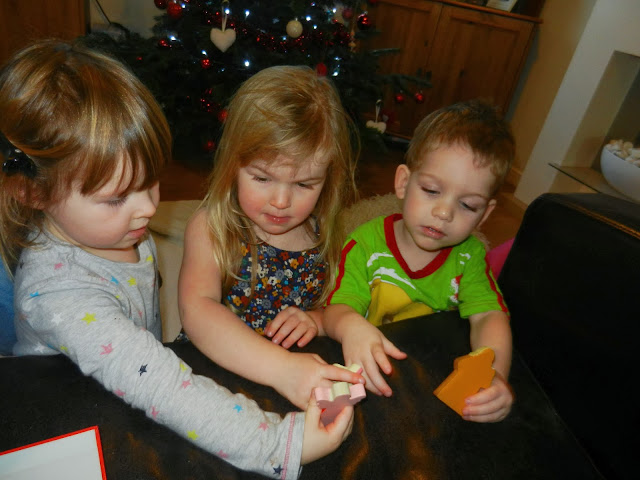 Once we had finished Little “C” climbed on to the sofa and told me he was going to tell us the story. He opened up the book and re-told some key points he had remembered.
I re- told the story but asked key questions. Allowing the children to finish it off. I deliberately got Baby Jesus’s name wrong and they were quick to correct me and laughed each time!
Little “R” had a very strong understanding of the story and told me that king Herod was a “Bad man!”
Little “L” wanted to call the Angel a Princess! She does love Princess’s!

LEARNING INTENTIONS AND IDEAS FOR EXPANDING LEARNING: I wanted to introduce the religious story behind Christmas Day. I wanted to draw links between the wise men bringing gifts to Jesus and our own tradition of sharing gifts on Christmas Day.
I will tell the story several times over the next couple of weeks and leave the story book next to the Nativity set so that the children can re-tell and explore the story for themselves.

This was a lovely story session that captured every ones interest. They all had a role to play and this kept them motivated to stay focused. They listened carefully to what I said and then acted it out with their figure. There were lots of chatter about the baby growing in Mary’s tummy. Little “R” kept telling the others that it wasn’t time for baby Jesus to come out yet!
Little “C” enjoyed the story but I am not sure he understood it. He is a little younger than the others. For him it was more about enjoying taking par,t but I think with another couple of re-tellings and the option to use the Nativity set, he will become more familiar with its meaning.
Little “L” loved Baby Jesus and later used him as a baby in her small world play. She listened well to the story and followed it well, using her characters to act it out.
Everyone was engaged, involved and concentrating. The older girls sang Christmas songs linked to parts of the story and shared the knowledge they already had about who baby Jesus was.
Today’s play, meets the following EYFS Prime and specific areas