Last week we spent the day at our local special needs activity center. It is our haven and the boys love it there. Brendan loves the freedom and the fact that the kids there “get” him!

They have planned lots of Olympic activities over the summer holidays and we are making sure we go every week so we can enjoy them!

This particular visit they had a water tray filled with “jelli baff” and laminated pictures of Olympic rings hidden inside. The Jelli was lovely and cold on such a hot day….. lumpy, squishy and cold!  It felt Fantastic!

Everyone spent time exploring it and watching how it moved when they picked t up, poured it or squashed it between their fingers! 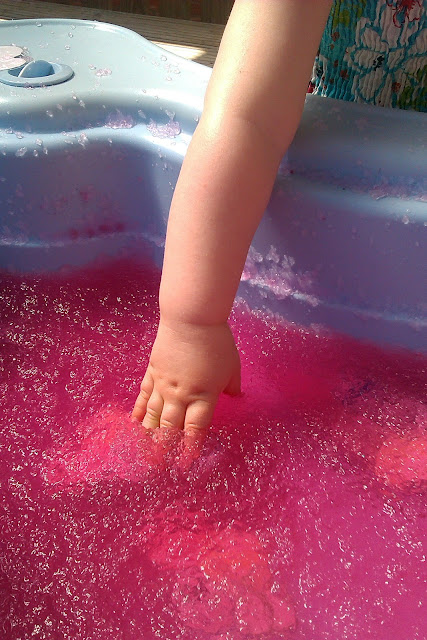 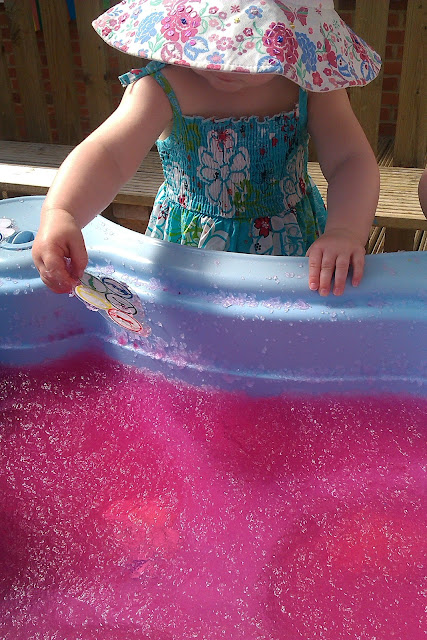 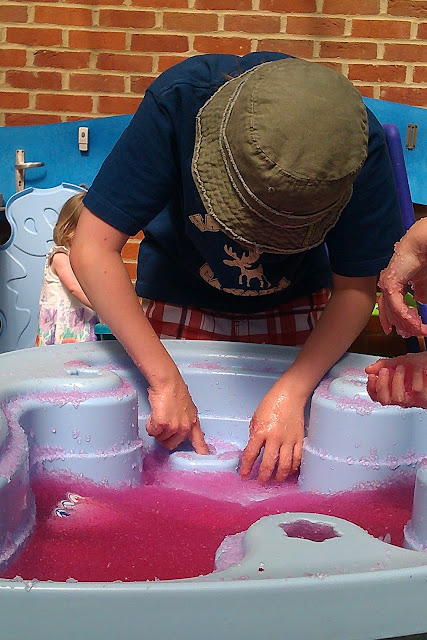 We also had a go at some Olympic ring print painting. I did something similar a month or so ago with the kids and it was a big hit then. They enjoyed re-visiting this but found painting the “printing templates” a bit hard, so I helped with that. Last time I offered them a card board tube to print with and I think, for such young hands, it is easier for them to use! 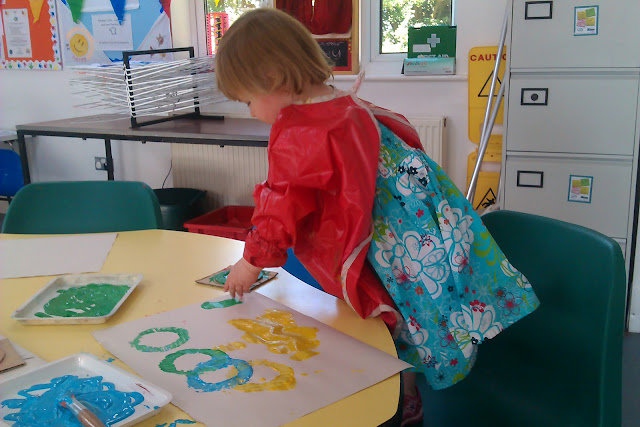 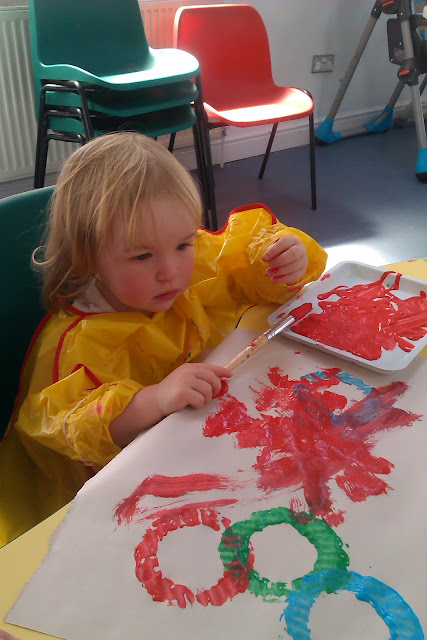 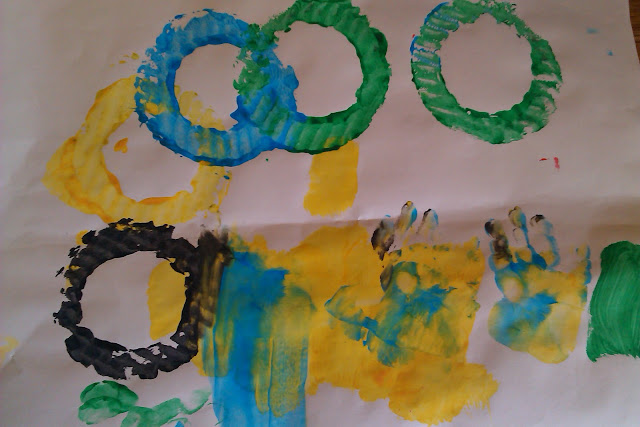 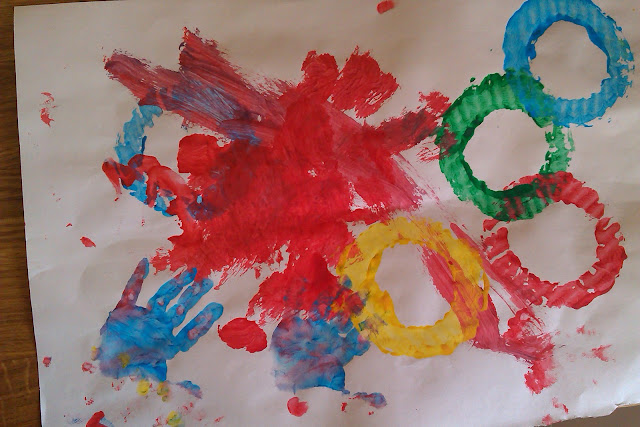 Some of the older children made mobiles with the printouts that were available and then we hole punched them and threaded them together! 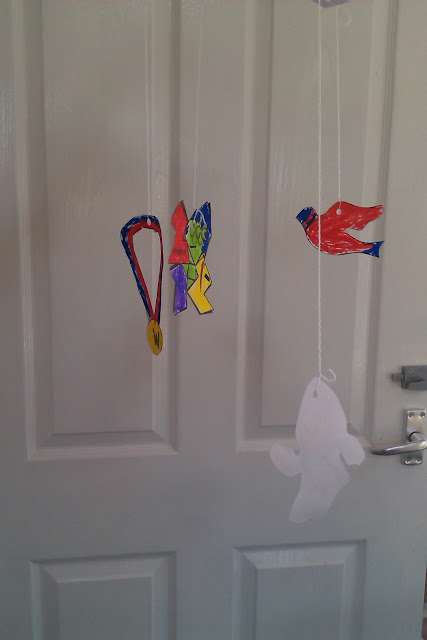 We had a great day and really enjoyed the activities that were organised for us! Really got us in an Olympics mood!!

The boys and I stayed up to watch the opening ceremony on the telly too. Brendan was coming down with a cold so was not 100% and as a result, fell asleep before the flame arrived at the end. But I recorded that bit for him and we were all very impressed at the ceremony and the final Olympic torch! 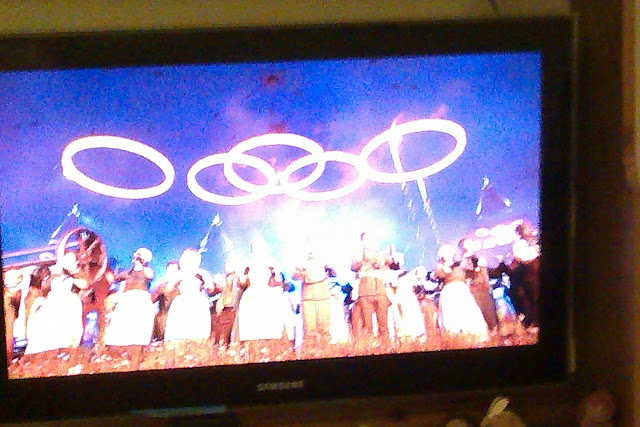 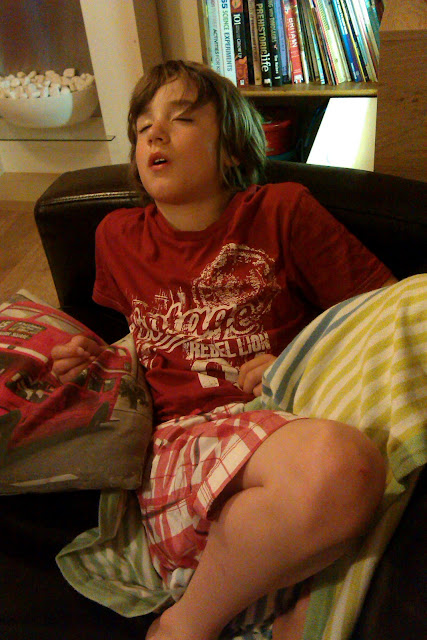 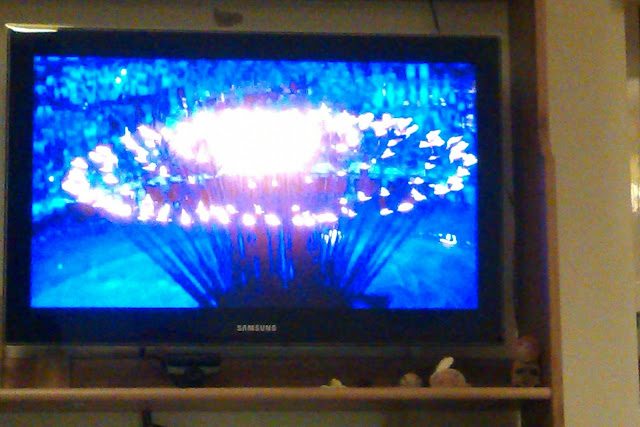 I was even a bit naughty today and bought a load of Playmobile sports figures for us to play with. I am sure they will make an appearance on this blog very soon!

LITTLE “H” AND HIS FIRST DAY WITH US!