I have, for some time now, been meaning to try out this fret saw of mine. I bought it at the beginning of the year and it has still not been used.
I have had wonderful dreams of making wooden figures and animals but i guess I worried it would be too hard and so have been putting it off.

Not any more!! The past few days I have made a few figures and the boys have been joining in. I chose to work in pine and went to the hardware shop and bought a pack of 1 inch thick pine boards to work with. I cut a board down to a more manageable size and printed out a simple shape of a dog that I liked. 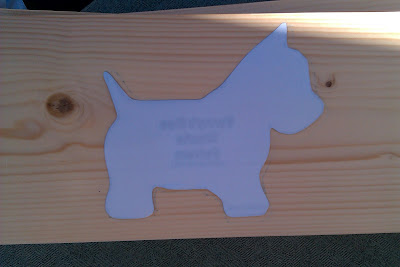 I cut out the template and drew round it on to the wood. Then set about cutting it out. A little scary at first but actually not bad! I have also invested in a Dremel tool and used that to round off the edges.  Then i used a fine sandpaper to smooth everything off properly! I had so much fun with this that i made a couple of dogs, giraffes and a dinosaur! 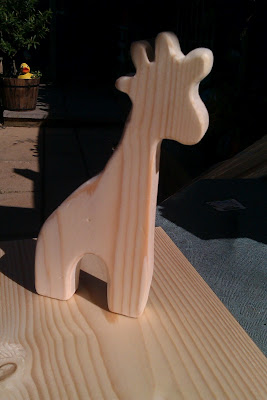 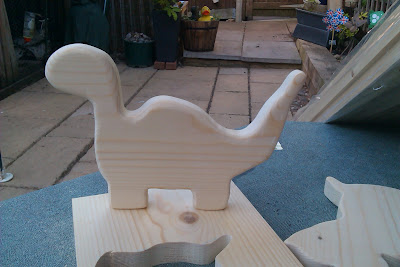 Soon it was time to collect the boys from school. After a play at the park we came home and I showed them what I had been up to.  I knew that they would want on on this as they love woodwork. Now I was on a mass making of dogs and bears!  Brendan traced round the dog template and watched as I used the saw to cut out the shapes for him.
I gave him a quick lesson in Dremel safety and he was away! Smoothing of all the edges! 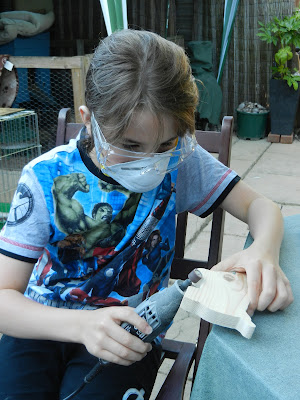 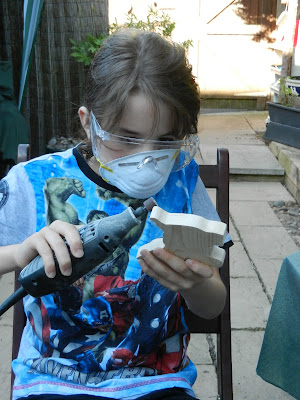 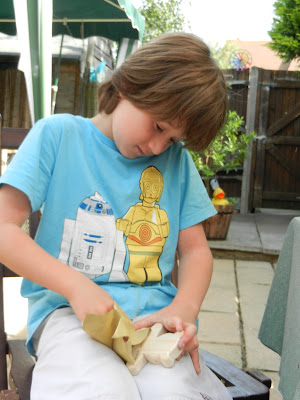 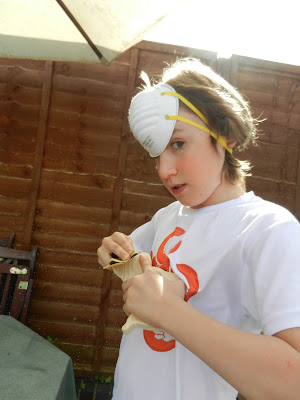 We had a bit of a practice on some scrap wood. It was harder than I expected but after a while I became a bit easier, so I think the trick is to wait till it gets really hot! 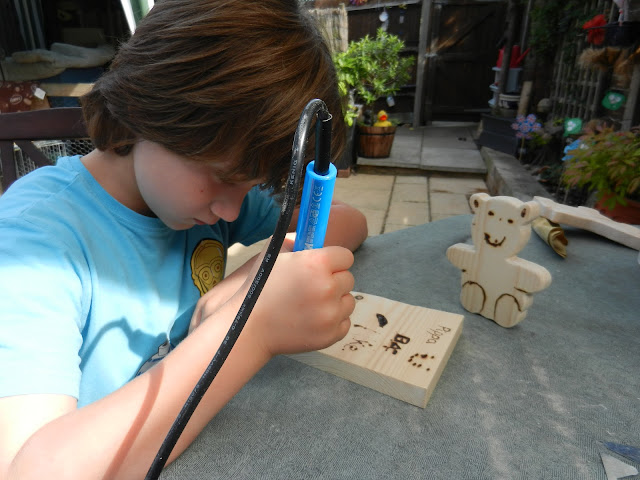 The boys then added details to their toys. They were very careful and understood that they had to be sensible with such a hot tool. 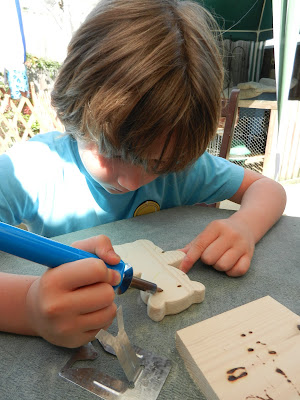 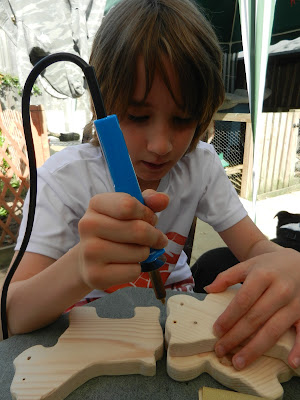 Once they had burnt the details in to the wood, they painted their toys, We mixed some of our Stockmar water colours. These give such bright colours. The burnt areas stopped the paint spreading across the wood. 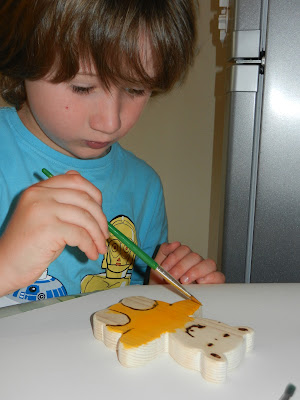 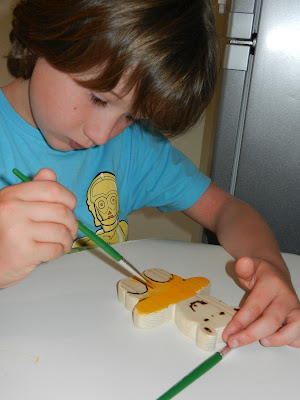 Brendan gave his dogs clothes! I have found a recipe for home made natural Beeswax polish which I will make a batch of and then the children can seal and polish their toys! 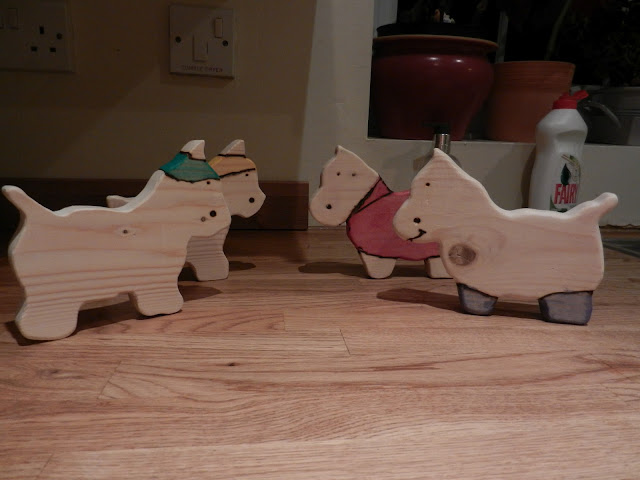 I can see us making a lot of new toys and I have had several people interested in the wooden animals I have made so I might just make some items and open an Etsy shop…..