A great way to make some take home art with children using nature as their medium! This one also works the finger muscles!
The children an I collected some coloured leaves. It would have been nice to have more reds and oranges so I will do this again with them in the Autumn. The waxy leaves worked better as well. 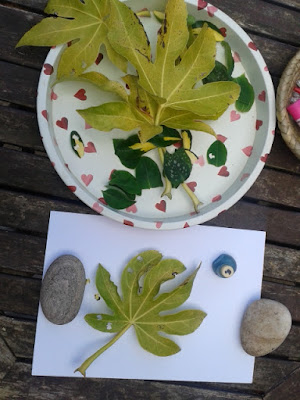 I offered them all some crafting shape punches and showed them how to push a leaf in and then push down to cut a hole in the leaf. 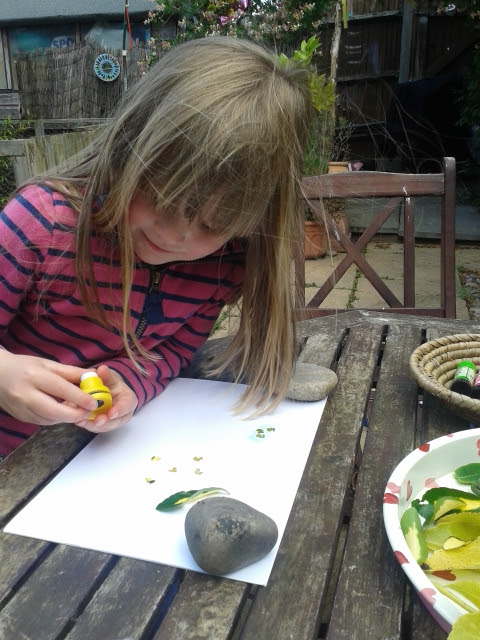 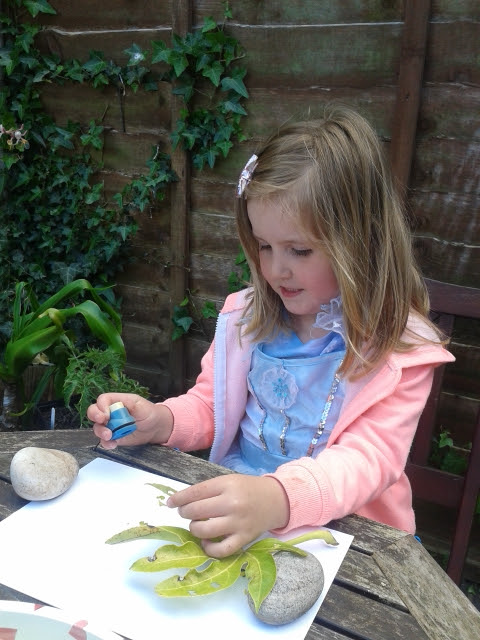 They were amazed to see little rabbits and ducks falling from the cutter and that they could see rabbit and duck shaped holes in the leaves! This encouraged them to carry on cutting them. It took careful control and skill to get the leaf in the gap and push it in far enough that the leaf was in properly. They also had to keep it there while they pushed the cutter down. They very quickly got the hang of this and we had little shaped bits of leaf all over the paper.

Once they had finished with the cutting part of the activity. they used the pens to draw pictures and then added the cut out leaves to it. 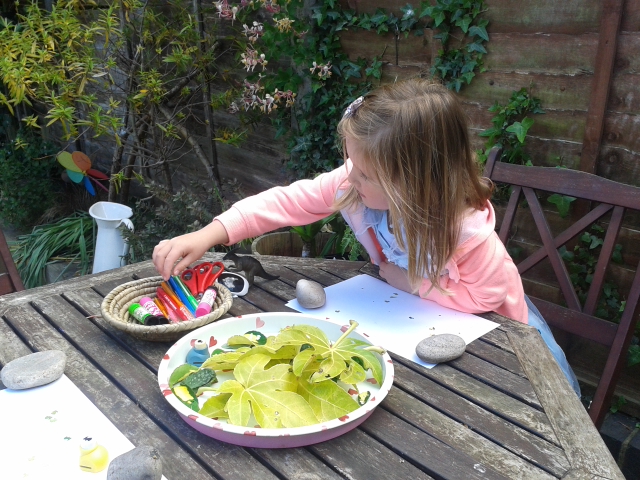 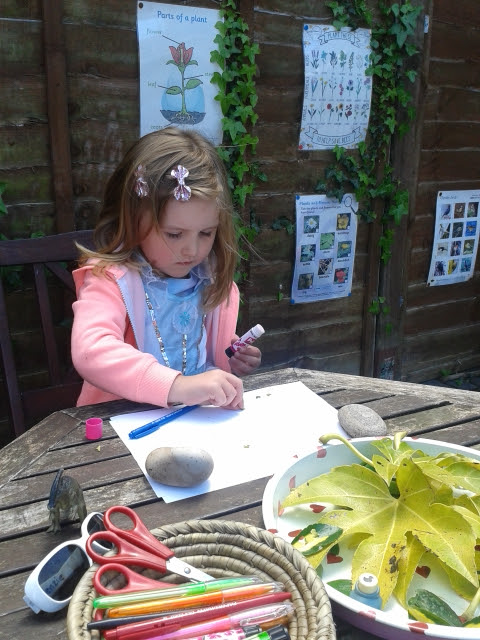 NEXT STEPS:
CHARACTERISTICS OF EFFECTIVE LEARNING:
This took focus, perseverance and a “keep trying” attitude. It was a bit fiddly but the reward was seeing a little shape fall out the bottom. This encouraged the children to stick at it even, when it was a challenge.
They both paid attention to details such as making sure the leaf went in far enough and noticing patterns on the leaves! They then used the patterns to make patterned ducks and rabbits!
Today’s play, meets the following EYFS Prime and specific areas:

MAKING A HOUSE FOR A HEDGEHOG!