We had such a great day at Hughendon Manor today. This is located just outside High Wycombe but for some reason I have never been before. The nice thing about this place is that it is not too big. You can take some of the walks around the estate but if you just want to visit the walled gardens and the house then everything is quite close together.
We decided to stops at the walled garden first and it was a great decision. There were volunteers there ready to help and a lovely lady called Anne came to us and asked if the children would like to dig up some Potatoes. The children jumped at the chance and two of them ran off to get a wheelbarrow. 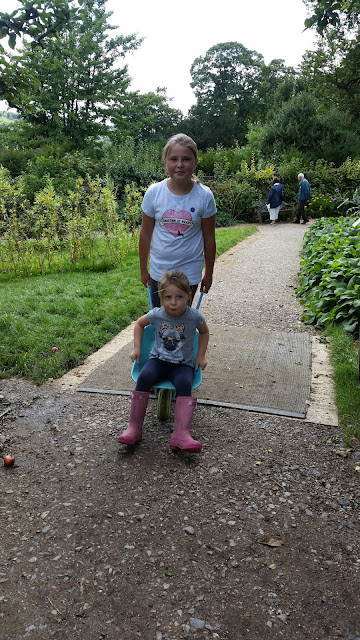 Anne took us to a part of the garden where there was a whole patch of potato plants growing and helped them to see where a plant started and joined the ground. They all worked together to dig up as many potatoes as they could and put them in the wheelbarrow. 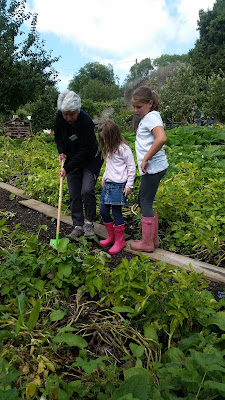 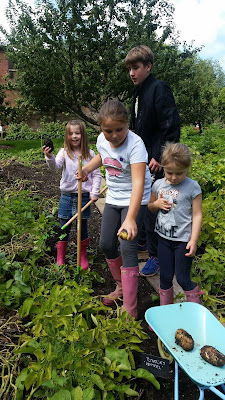 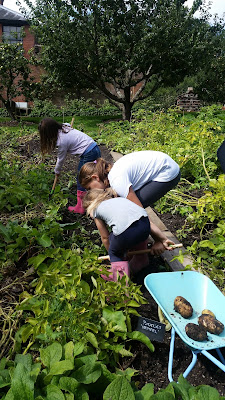 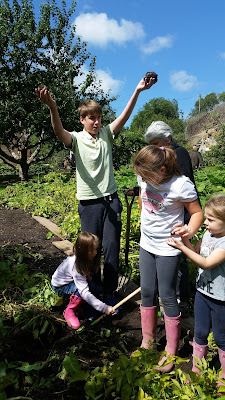 We took the barrow over to the hosepipe and washed off all the mud. The children were very excited to have dug up so many and chatted together about what they were going to eat with them. Sausages, chicken. Some were going to become jacket potatoes and others mashed! 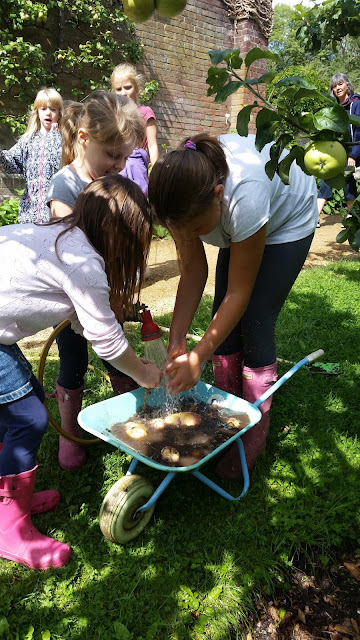 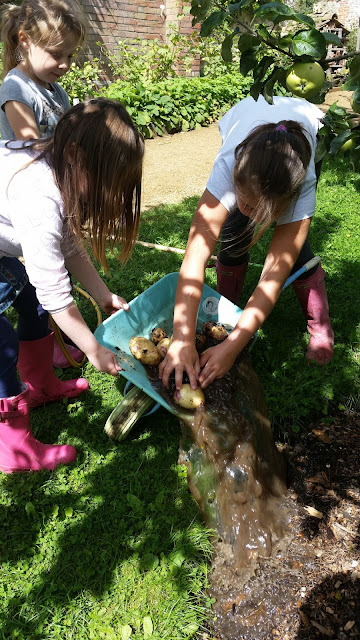 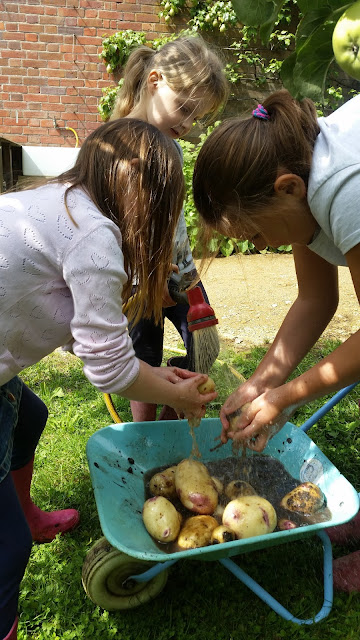 We would like to thank Anne for her help and involving the children in some great activities around the garden. It really made our day special!
It’s great to see children so excited about harvesting their own food. They have told me before that they don’t like Jacket potatoes and now they are talking about going home and having them for dinner. The magic of being hands on with food!