This week we are enjoying some Halloween fun. I built a big Haunted house over the weekend from some furniture boxes and set up some spooky bits and bobs inside. I hope that the children will decorate the house with pens and stickers as the week goes on and really make it their own. 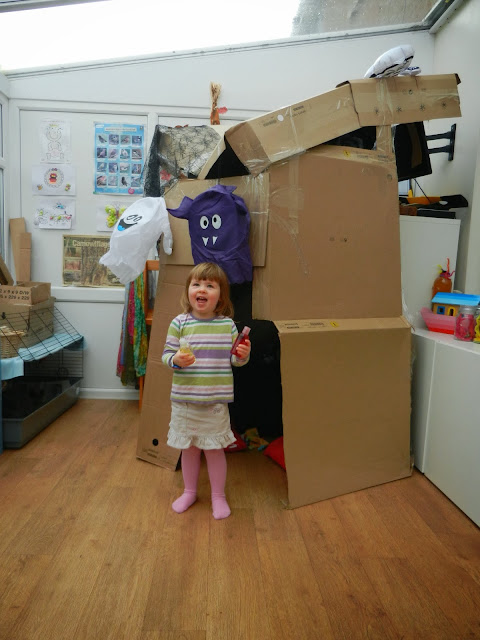 I added the potion bottles that we made a few years ago. These are still going strong and the glued on lids seem to still be holding up to the play which is good! 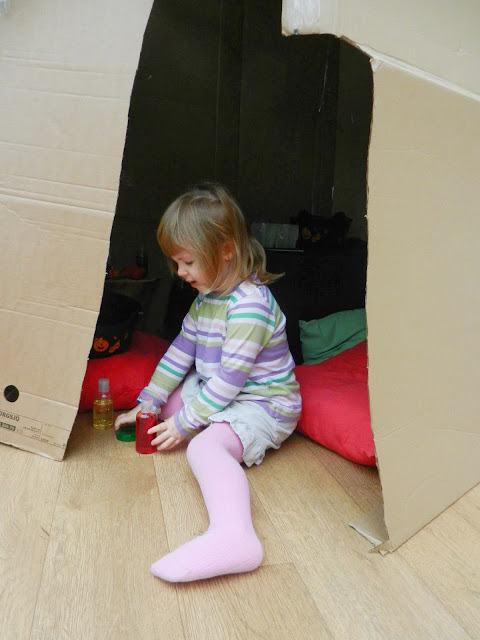 I added some dried beans, peas and pasta to little jars so that they could do some real mixing in the cauldrons. Little “R” was strait in there to see what she could make. Her own little Witches den! 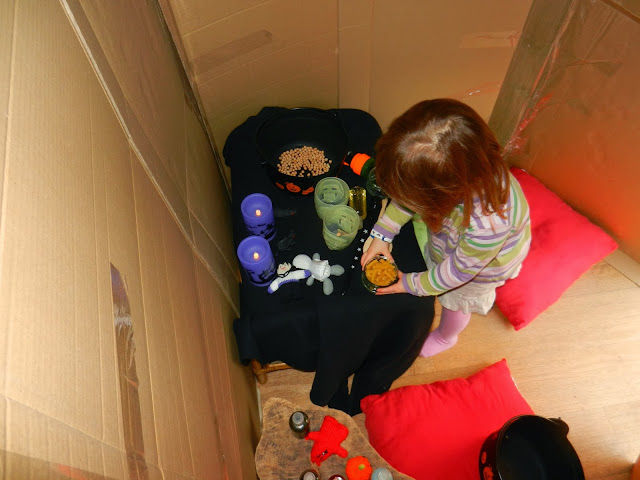 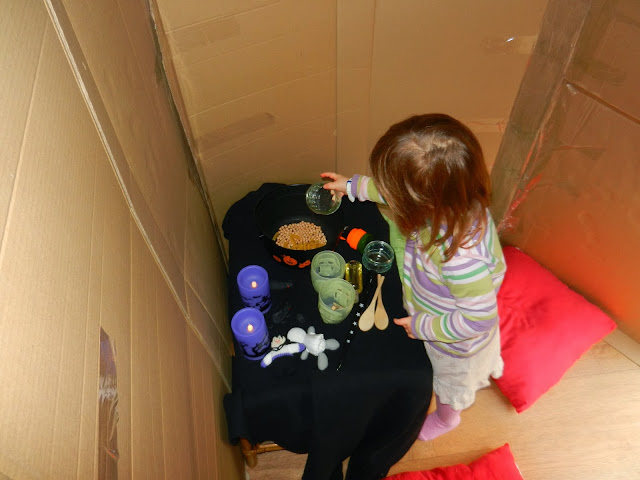 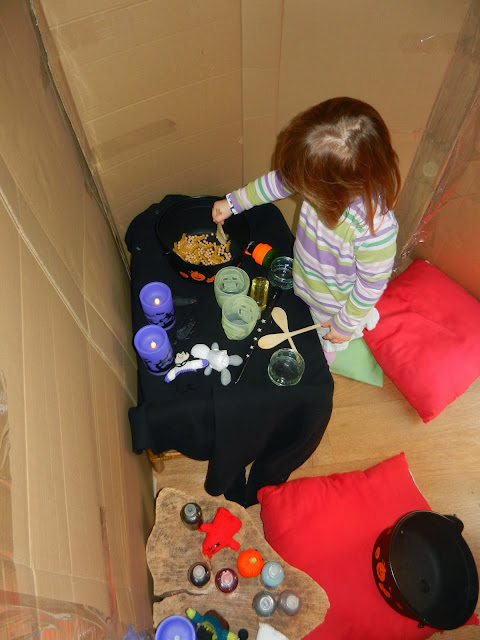 She told us she was making us dinner. It was very yummy. After a while she had a little look in the dressing up bag and found a Witches hat to wear. 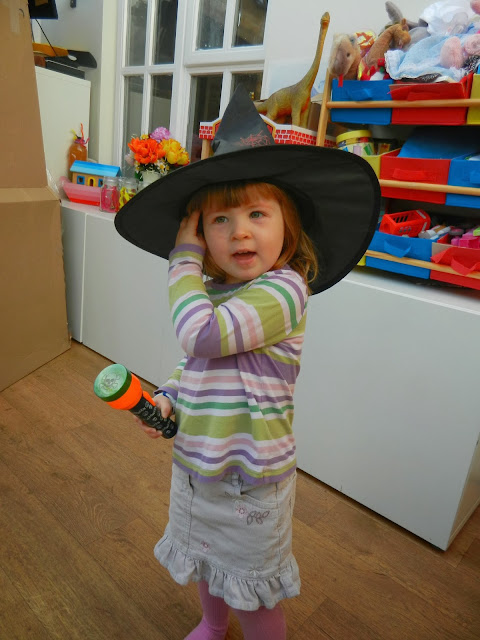 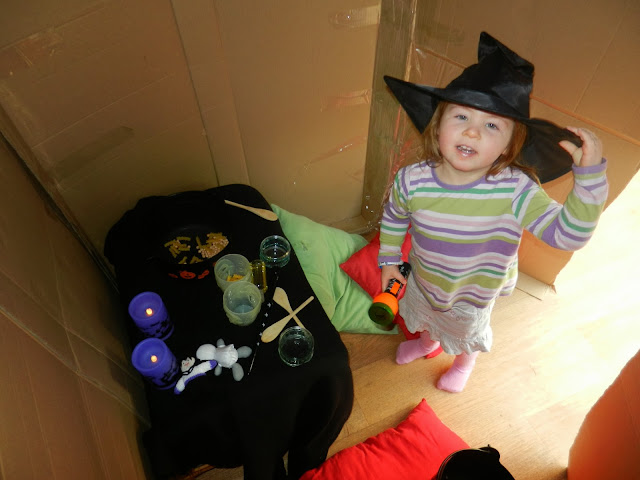 She also incorporated the Gourds and Pumpkins in to her play. Stirring the food with a spoon and waving a magic wand over it before serving it up. 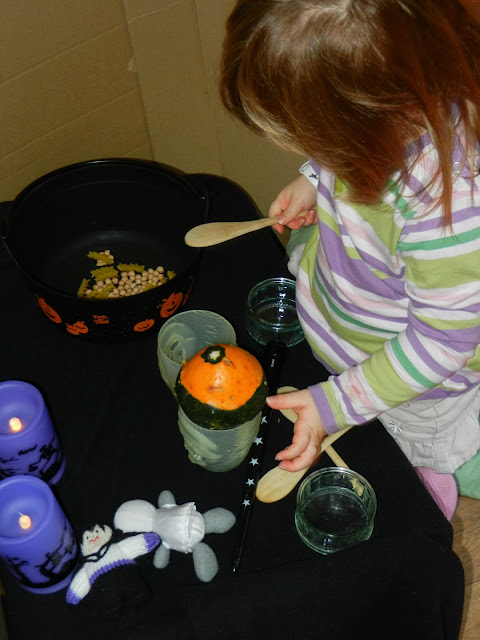 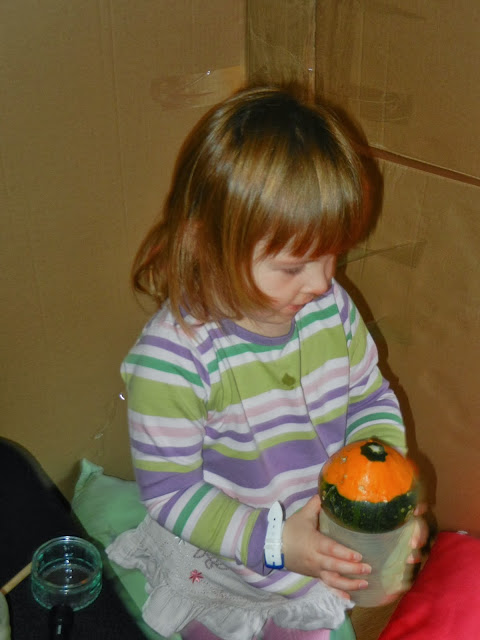 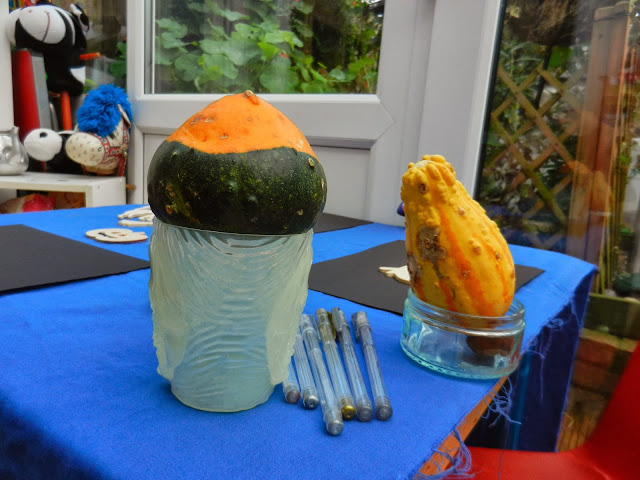 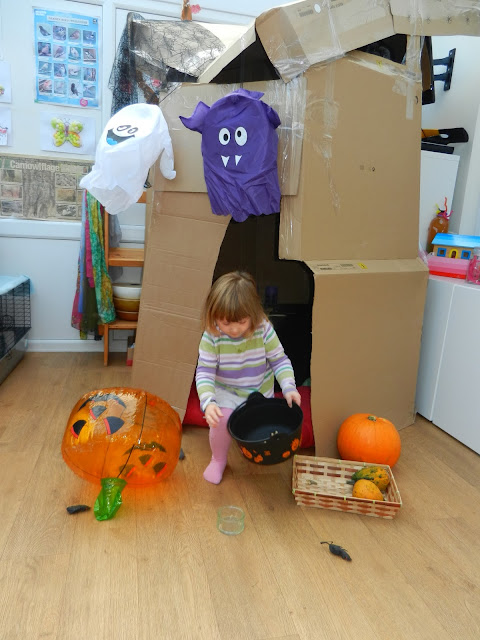 Little “R” spent a long time engaged in this play and drew others in to it by bringing them food or potion bottles. Asking them to come in to her house and sharing her interest in the Cauldrons and inflatable decorations. 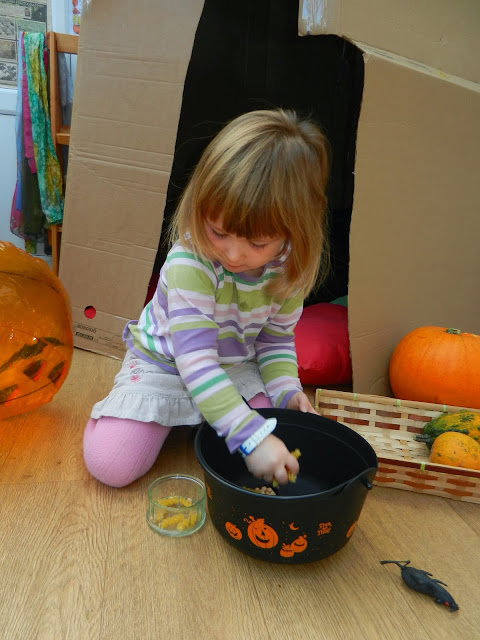 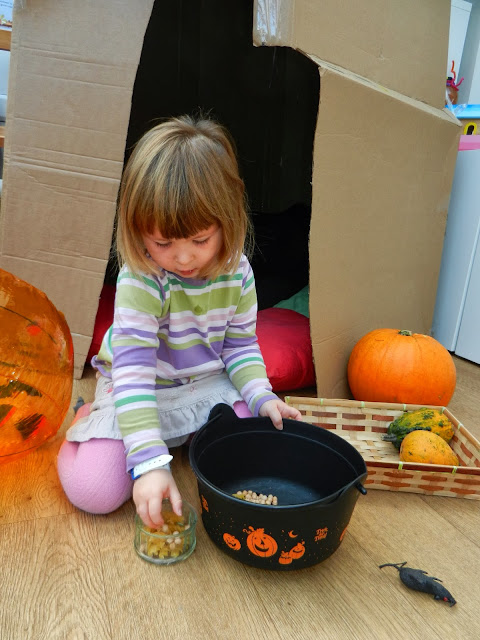 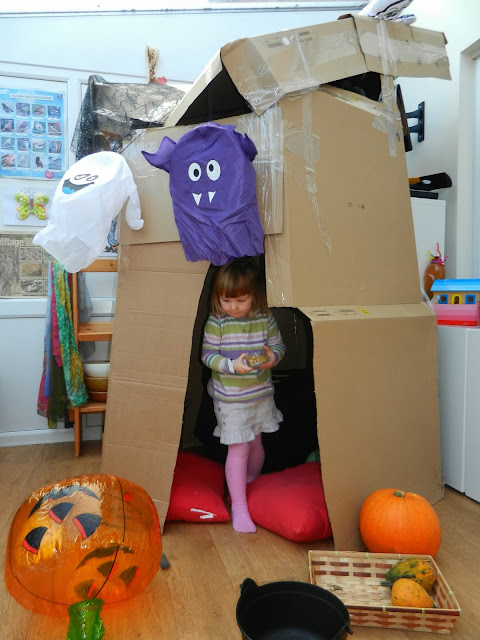 As the day came to and end and the dark closed in, Little “R” realised that the torch she had been playing with all day, projected silhouettes of Halloween pictures on to walls. This was taken inside the Haunted house! 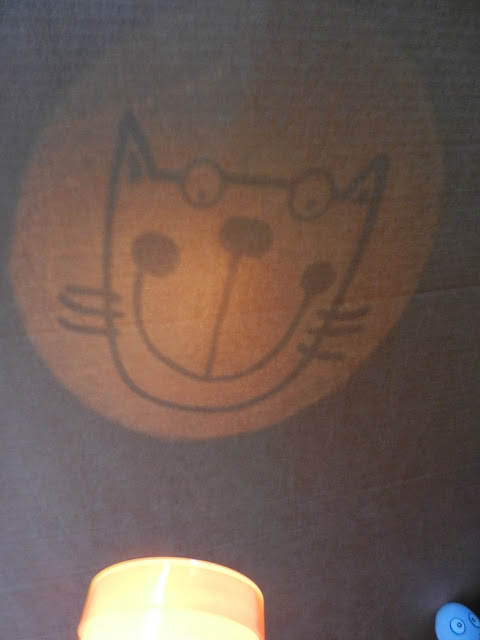 CHARACTERISTICS OF EFFECTIVE LEARNING:
This has been such a fun Invitation to play for the children. The excitement as they arrived in the morning and went in to the playroom to find this. Pulling parents in to have a look before they went to work. Exploring the fun items inside. Finding out and being willing to have a go! Little “R” really became engaged and motivated by the items offered and really set about using them in her own way. Making some links from past play or drawing plots and ideas from Halloween stories we have been reading and sometimes taking the play on a unique path of her own creation. Thinking critically about how she could use the items offered to her and drawing others in to her play. There were lots of prompts for new language and Little “R” is very keen to ask about anything she does not understand.