This week the playroom had a makeover! Halloween has arrived a week early!
The homecorner was redecorated with some cobwebs and spiders! I also hung some spooks up and added cauldrons. I removed all the dolls and dressing up that usually lives in there and added a small box of Halloween dress up. 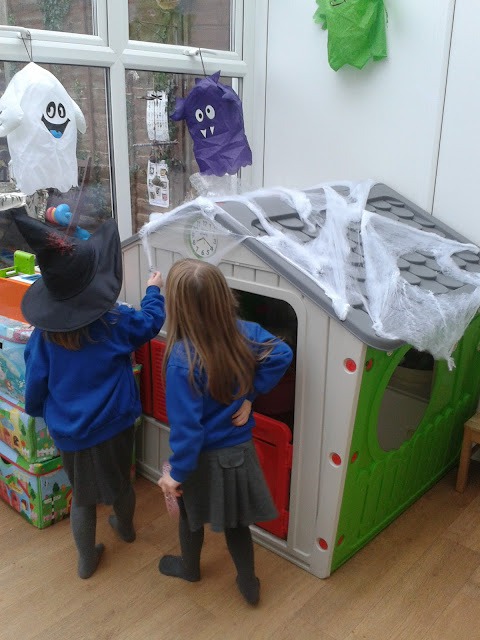 This simple counting and numeral matching activity is a hit every year. Cheap and easy to make. 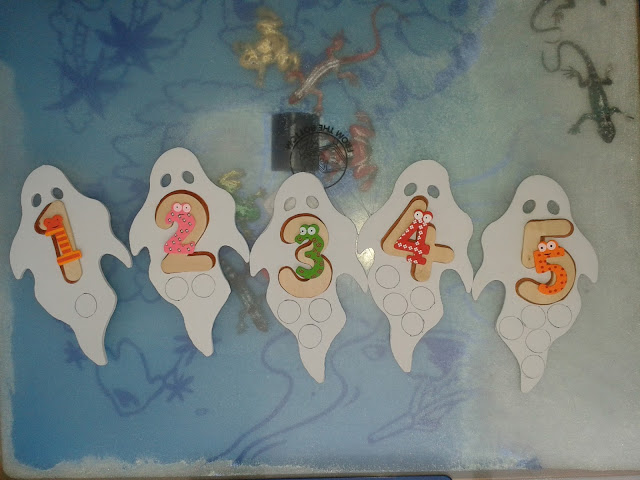 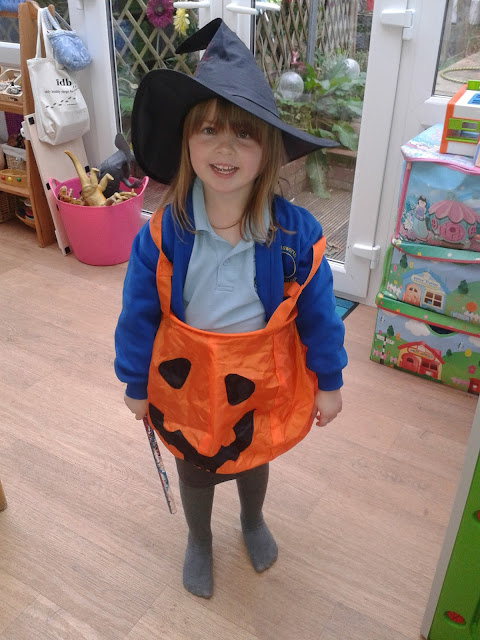 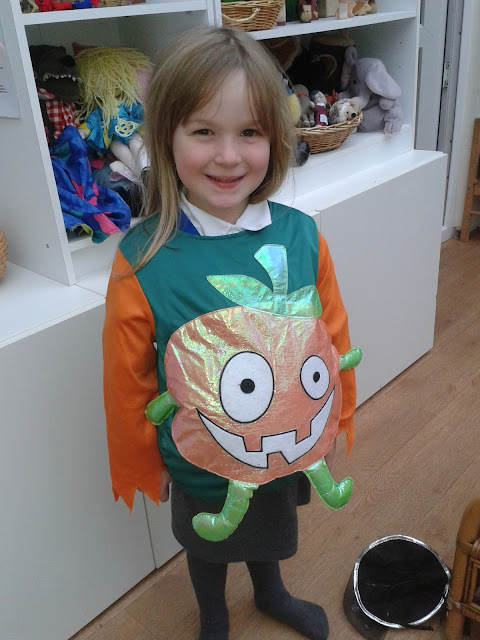 We used the potion bottles as props for role play. These were made a few years ago in an activity and have been stored and used every year since. The lids of the bottles were hot glue gunned on to prevent spillages! 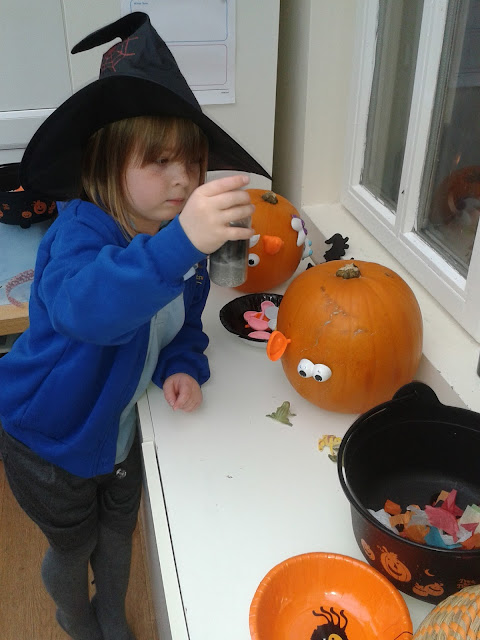 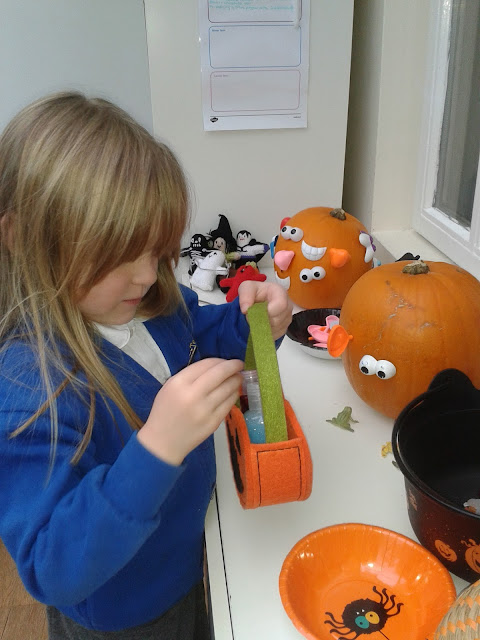 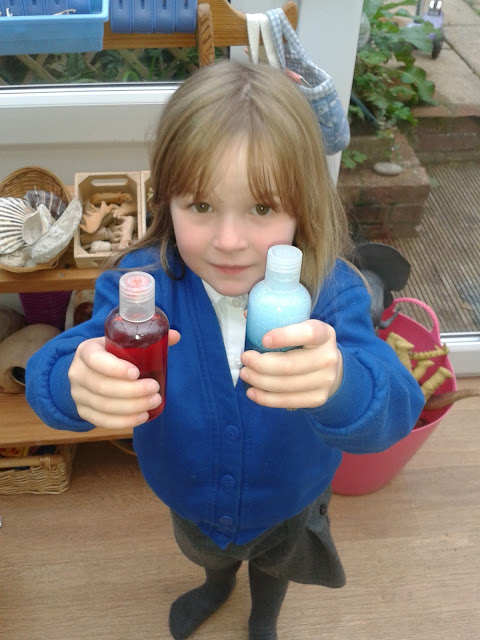 I also filled a bag with hair gel and orange water beads. I thought googly eyes would be a good addition as well. This kept the children occupied for ages.Mainly they tried to squash the water beads but it is harder than it looks. They always seem to get away! 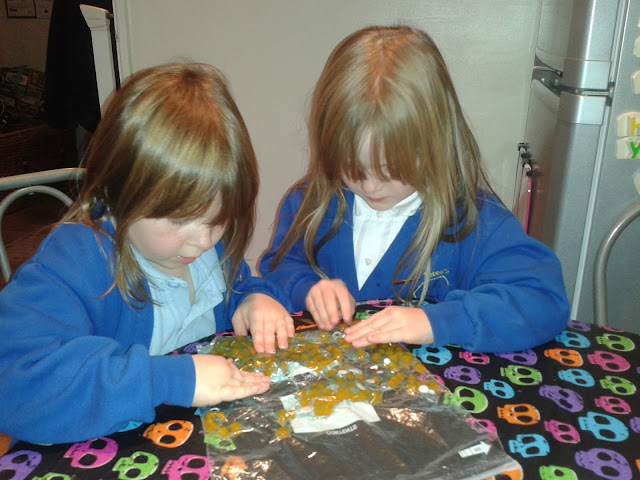 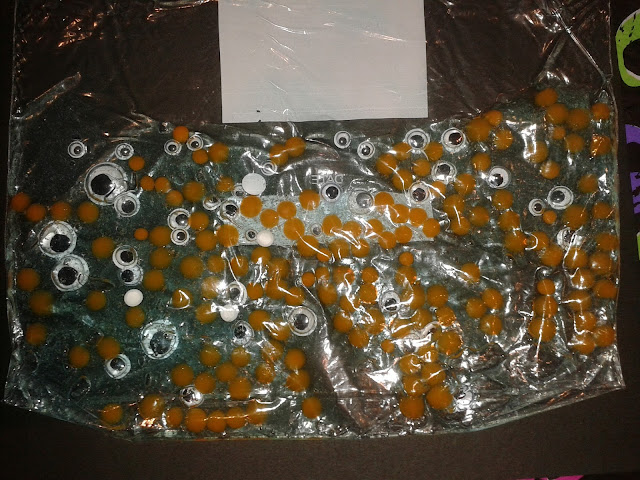