Today we played with more of the Pirate toys. I pulled out the dressing up clothes and Pirate accessories. Little “I” was very keen to get dressed up and really got in to the role. Little “R” already knew some Pirate phrases which was rather cool! 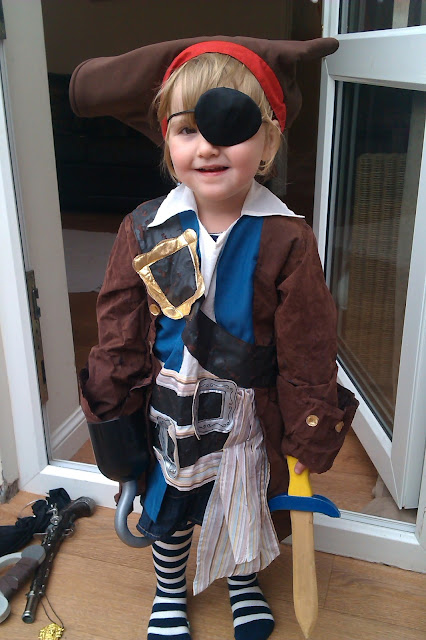 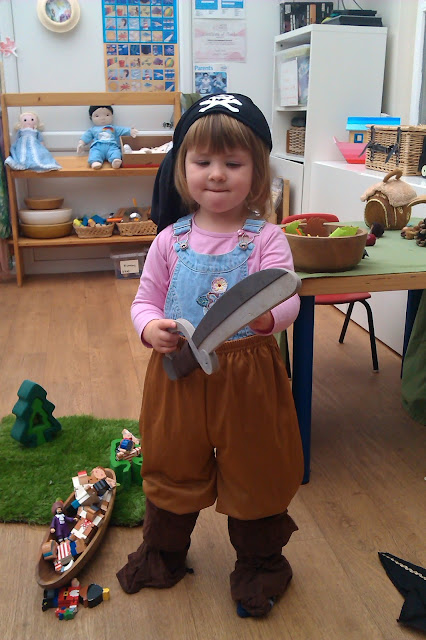 Once dressed up, the girls enjoyed a spot of Swash buckling! 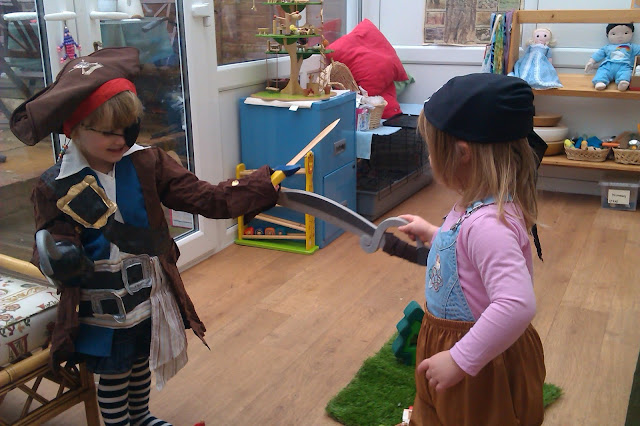 The girls set up a small world play scene on the floor. We had fake grass for the island and a wooden bowl for a Pirate ship! All the wooden Pirates rode the seas and then landed on the Island to bury their gold coins! 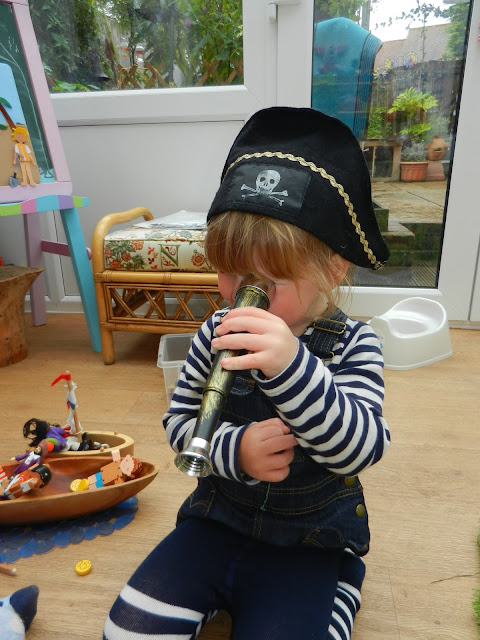 Little “I” noticed the felt board boat had a flag like their boat had and told her friend about it! 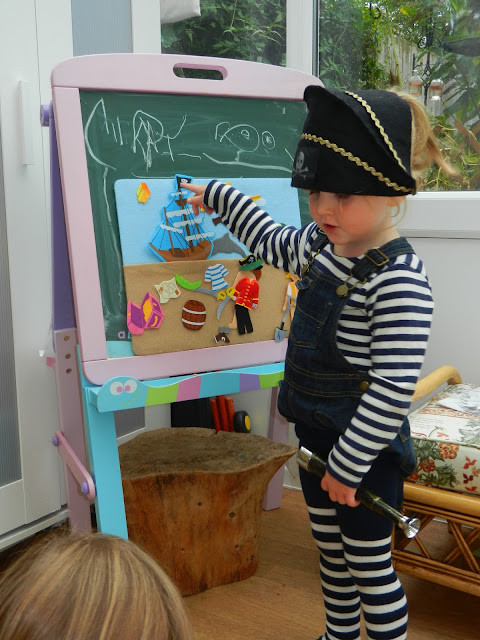 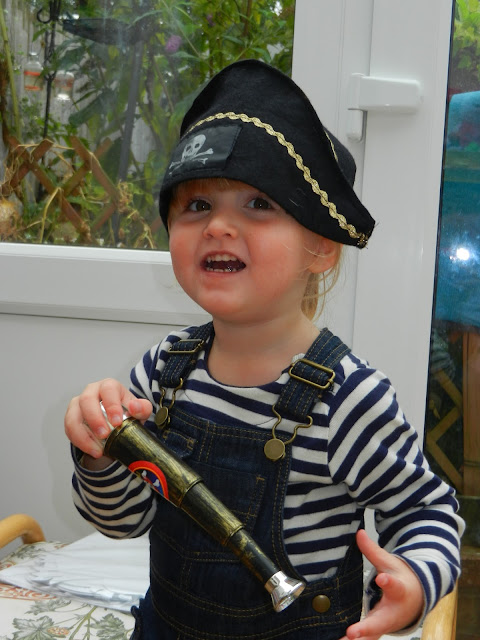 We had a spot more Dressing up! 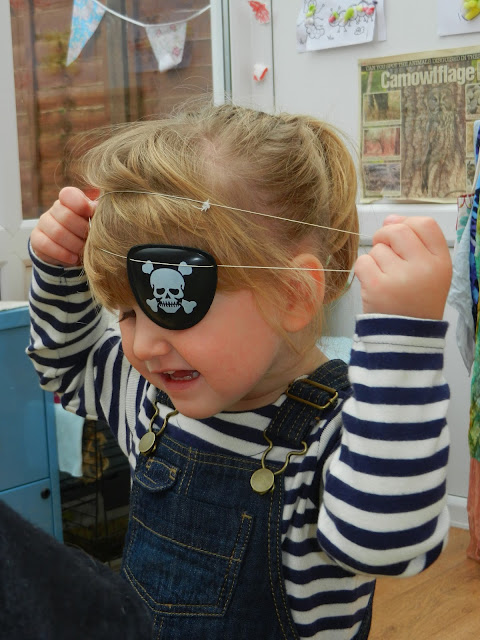 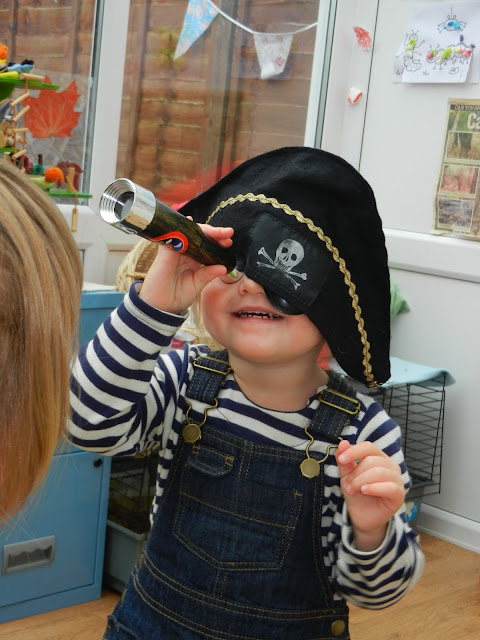 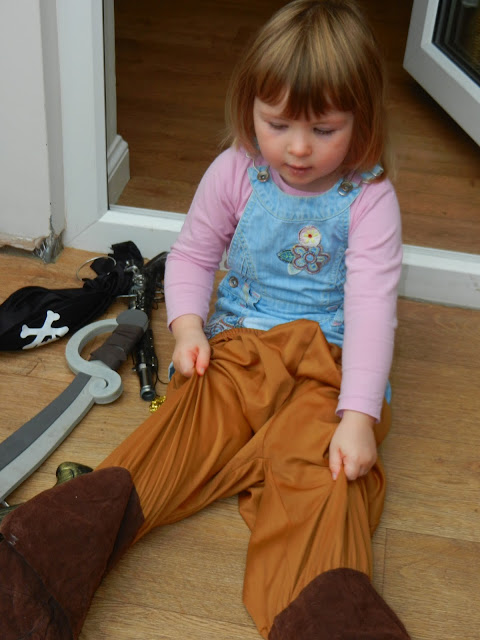 Then back to the small world in full Pirate dress! This really enhanced the play for them. they became the characters, talked in different voices and spoke like Pirates as they moved the figures around. 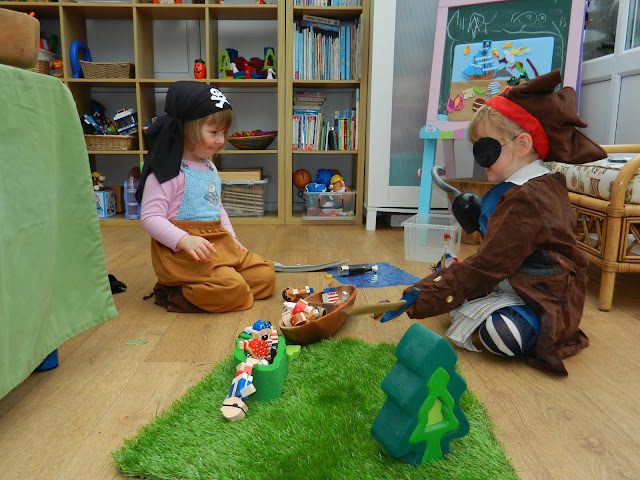 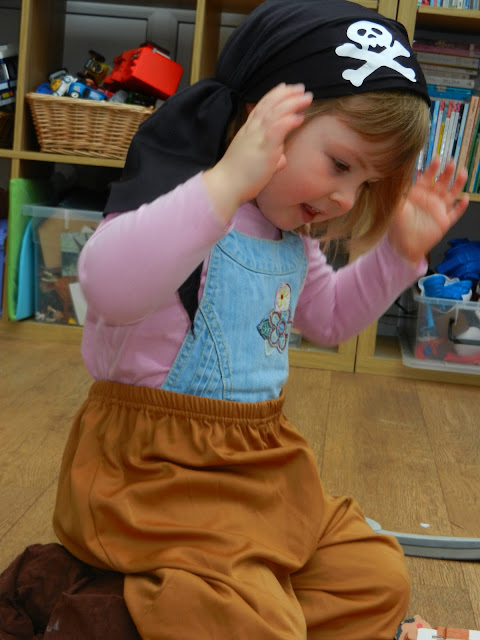 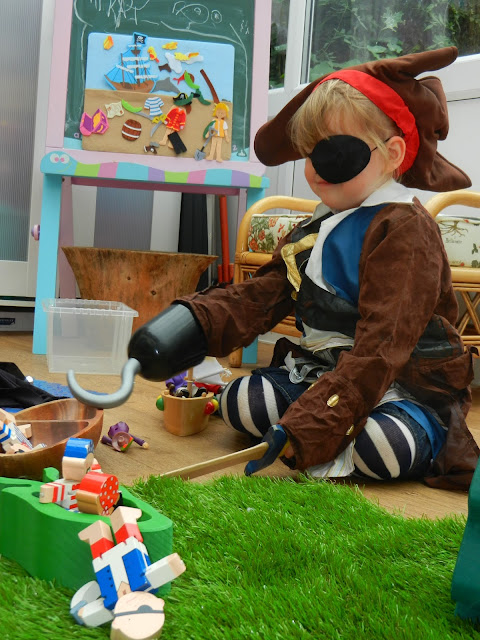 The girls picked up some of the Pirate books that I had put in the story box. They crawled under the table and started to look through the pages. They compared pictures in their books and showed each other things that interested or excited them. The pages with the Treasure on cause a real stir!! 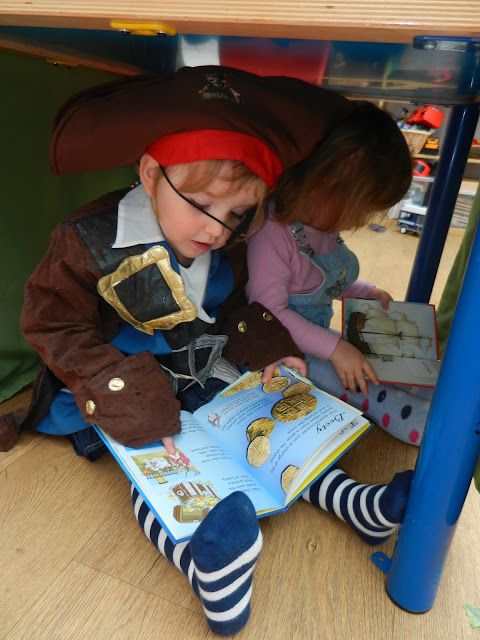 Due to the excitement of Treasure and Treasure chests, I thought it might be nice to make our own! I found a shoe box and mixed some brown paint with PVA glue so that it would stick better to the box. We covered the floor with paper and the girls set about painting!
This was the point that little “X” arrived and he very quickly popped an apron on and joined in! 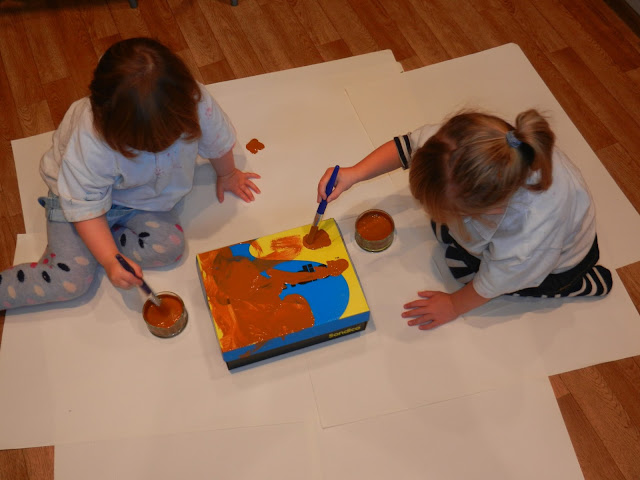 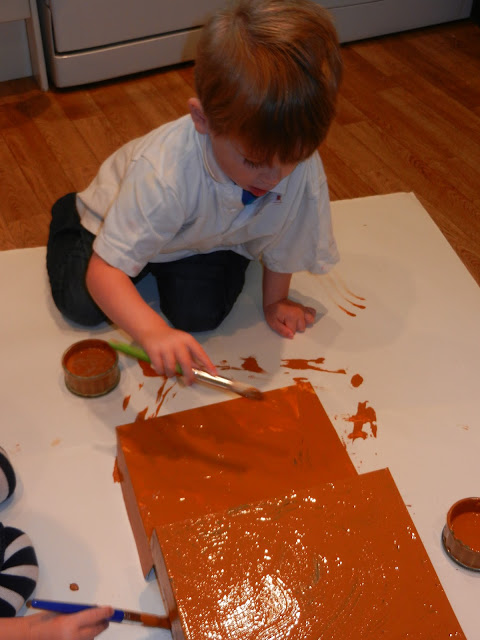 Once the box was covered we had a quick story. We looked at “That’s not my Pirate” and the Usborn Pirate book. Both are very good and the children were very interested in them. 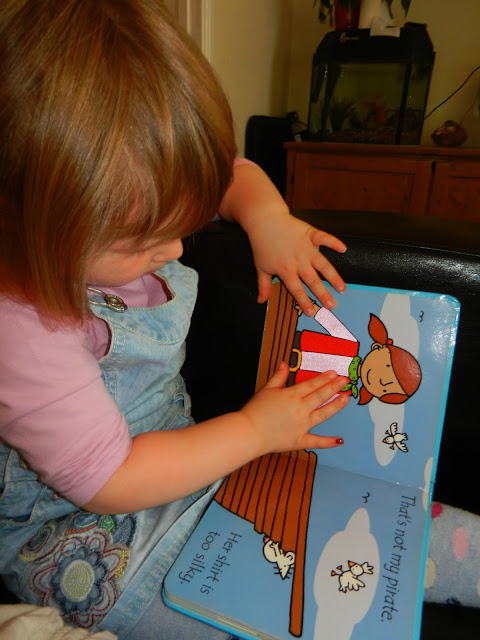 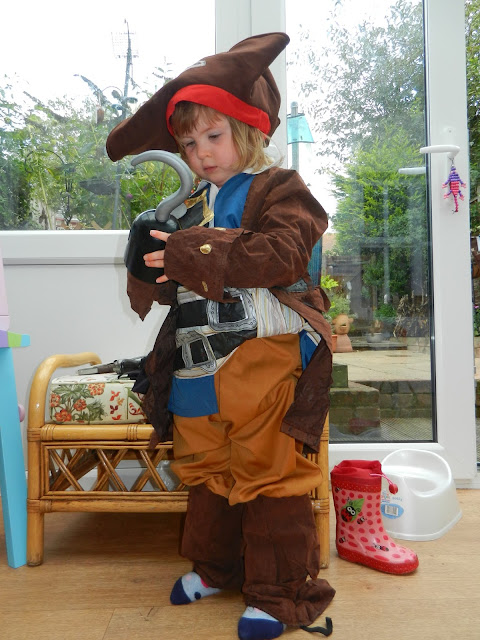 CHARACTERISTICS OF EFFECTIVE LEARNING: Each of the children showed great involvement in today’s Pirate play. They all used knowledge from the stories we had read and transferred it to their small world and role play. They were so involved and focused on their play.  Each child wanted to share what they were doing and things that they were finding out, showing the others the flag on the boat and matching it with the one on our home made boat! Sharing their achievements and ideas. They worked things out for themselves and used items to represent other items. Making links with past play or learning and bringing that to the current activity.