I have started to notice a schema forming in Little “T”‘s play. It has been emerging slowly for a few months but only more recently have I started to pick up on it.
In the next few photos you can see how he moves around after the ball as he chases it up and down the hall. He uses his arm to swish back and forth and bop the ball with his hand, which then propels it across the floor for him to chase all over again! This game kept him busy for over 20 minutes! 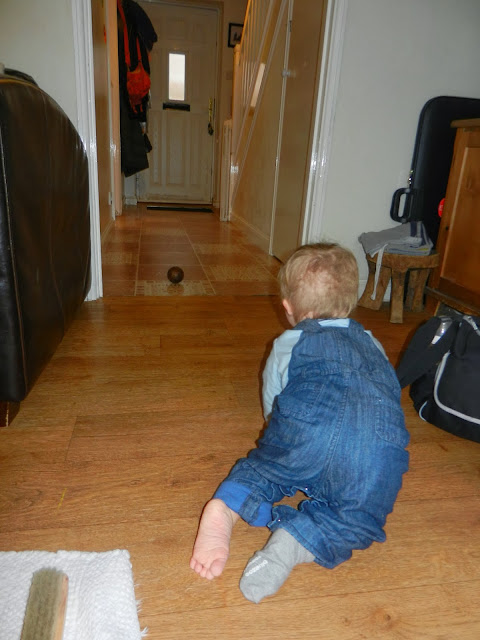 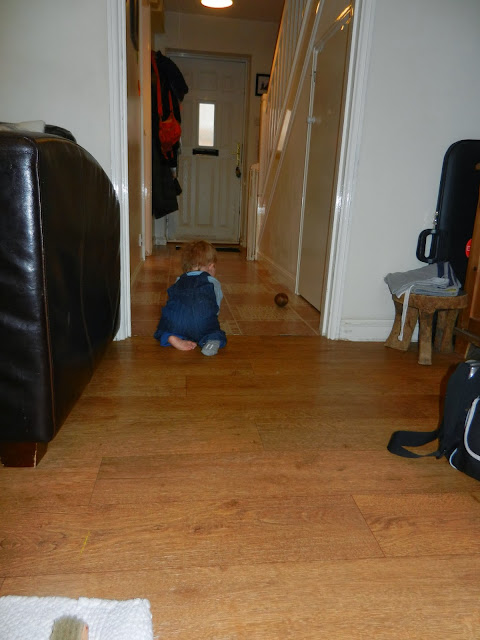 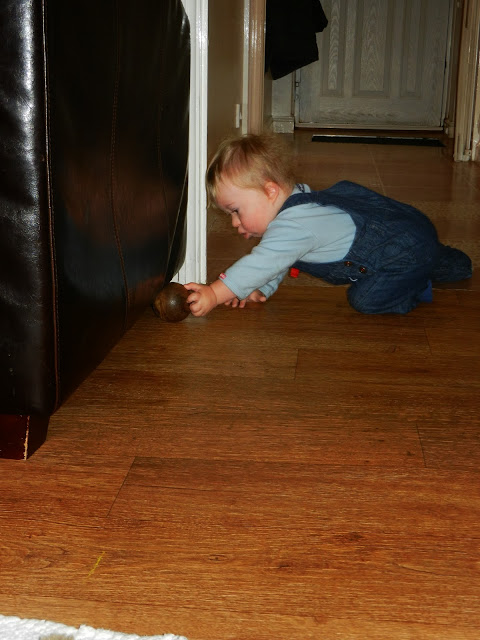 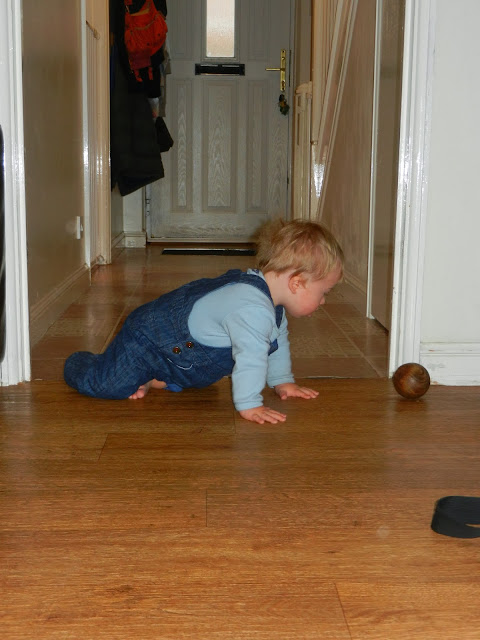 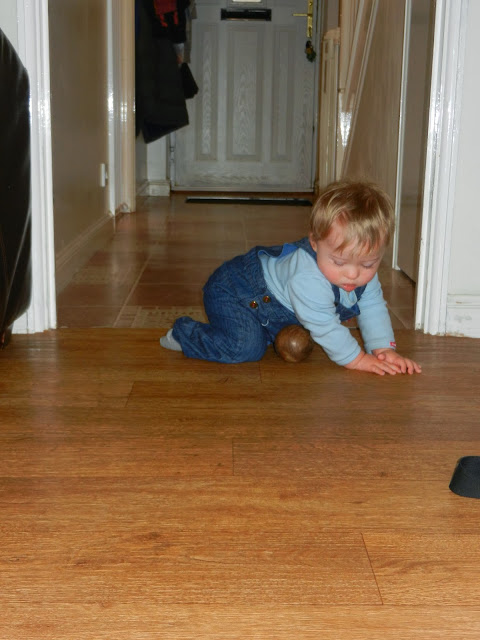 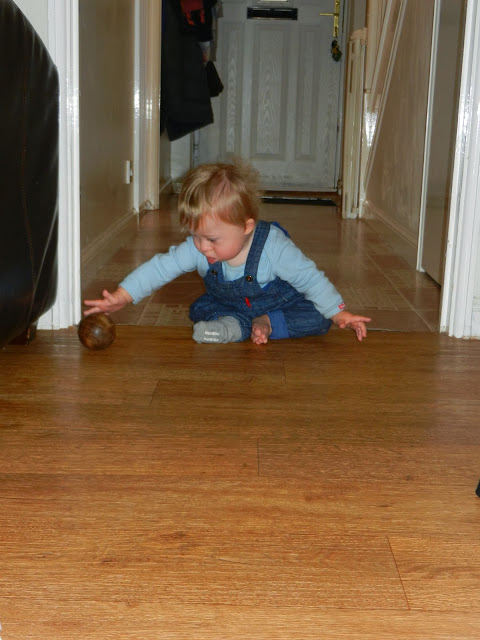 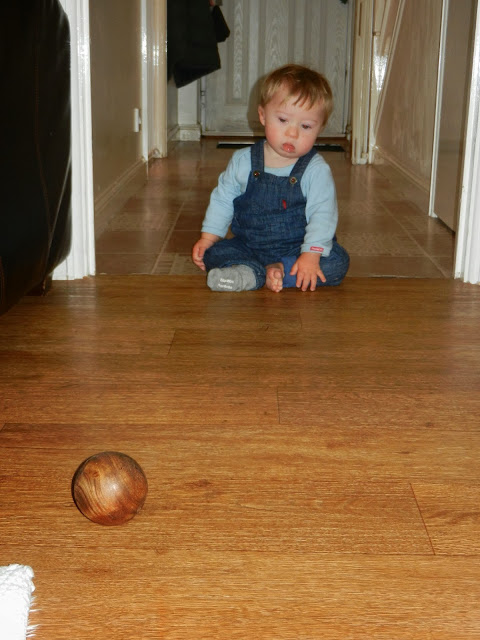 After his nap this afternoon he took an interest in the wooden Taxi. He used the same pattern of play with this toy as he had with the ball. 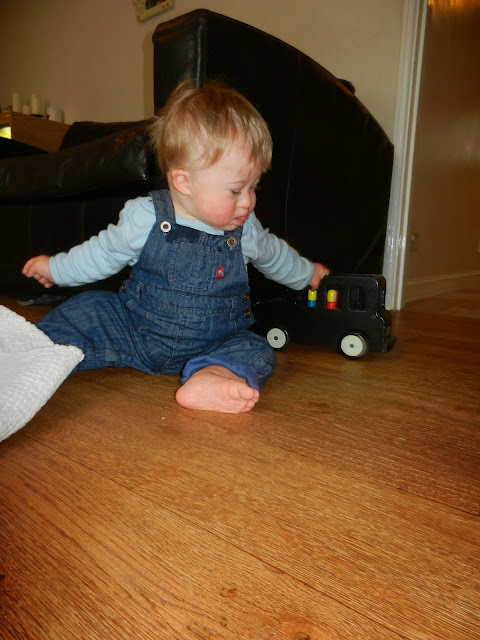 Pushing it back and forth over and over again. Every now and then he would let it go and watch it roll for a bit. Every time he would follow it and set it in motion again. 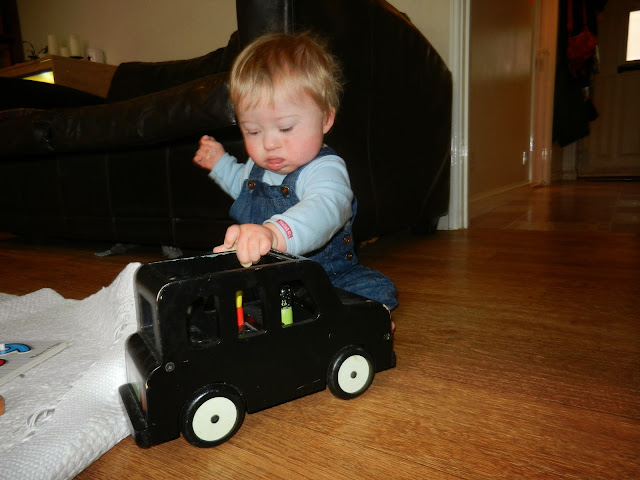 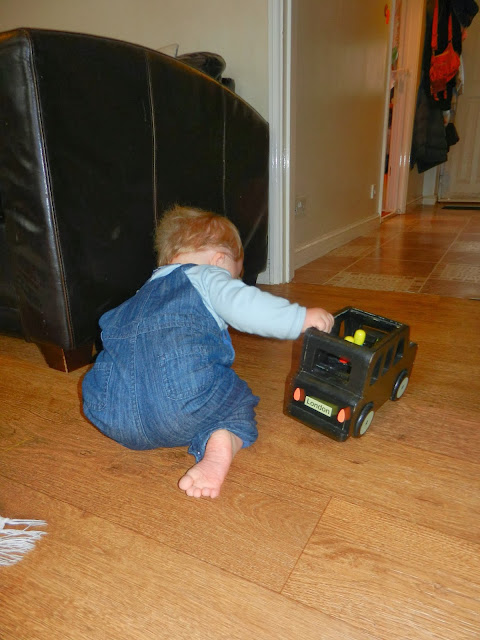 CHARACTERISTICS OF EFFECTIVE LEARNING:
Little “T”  is learning about and exploring his environment in a repetitive way. He shows a clear pattern of play which he uses in many areas of daily interaction and exploration. He uses the same pattern with different toys and objects. With a Trajectory schema emerging you can see him testing his knowledge of movement and how he expects objects to behave when he sets them in motion. Most of the time things move away from him until they naturally slow down and stop. Occasionally the ball would roll back towards him and this tested his expectations. His expression changed and became more serious. He would then test the process again to see if it would be repeated or behave in a way he was expecting. He is self motivated by his own exploration and interest. He is thinking critically about what he expects to happen and what actually happens. This repetitive behaviour is fixing his learning. He is showing a high level of involvement and concentration. Playing with what he knows and making links.
Today’s play, meets the following EYFS Prime and specific areas

HOW I DO MY DEVELOPMENT FOLDERS/ LEARNING JOURNEYS