After a lovely Bank holiday weekend off, we spent our first day of the week, at Thomley Hall.
We enjoyed the Art room a lot and spent a lot of our time there!

We made clay wind chimes! I have yet to thread these up. a job for tomorrow. We had to work very hard on softening the clay between our fingers. It really was very hard going and I think it was rather dry. We added some water and i did my best to make it workable for smaller fingers. Those little finger muscles really were tested! We then rolled out the clay and cut shapes with playdough cutters. We made sure we put little holes in to each shape so that we can string them and then I made a ring for each child to attach all their shapes too. 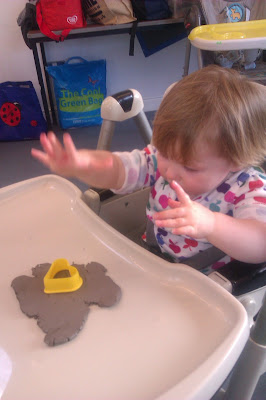 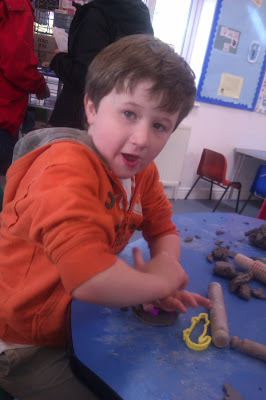 The next activity we did was decorating a plate to hold our jar of Alfalfa seed on. We put some water in a jar and soaked our seeds in it for 8 hours. I sent these home with instructions to rinse and drain each day and hopefully the children are now seeing some lovely shoots growing! It will be lovely for them to taste something they have grown themselves! 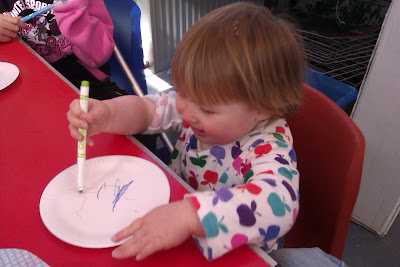 We moved on to Mosaic making! Little “R” loves spreading the glue when we do sticking activities. She is very good at spreading and will spend a lot of time doing this. She then chose different coloured, pre-cut foam pieces and set about sticking them on to the glue. She was careful to fill in the spaces on the square, adding more and more. She worked on this for quite some time and it was amazing how long it held her attention and focus! 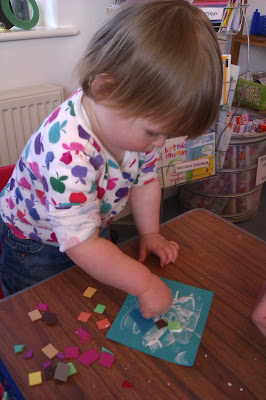 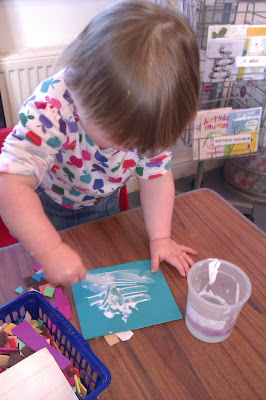 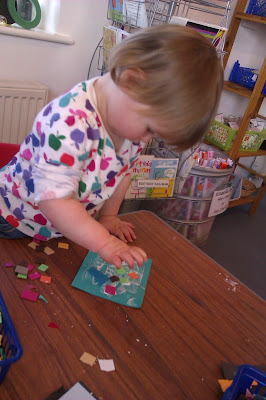 Kenzie found some Gloop in a tray and started to explore how it moves and behaves under different levels of pressure. From past experience he knows that if you hit it, then it feels hard and firm but if you gently push on it, or poor it then it will move like a liquid! He used some of the playdough cutters to see if they would cut through it. He dropped it on the surface and watched as it slowly sank in to the gloop. “Like quicksand!” 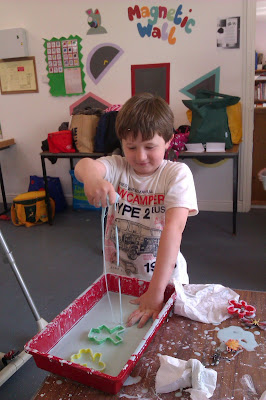 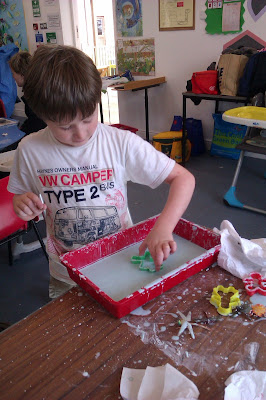 Little “R” joined in and it was clear by her reactions that this was challenging her ideas about what it should do. It was not acting like any other solid or liquid that she has come in contact with. I will have to make some of this at home this week and let her explore it for a bit longer! 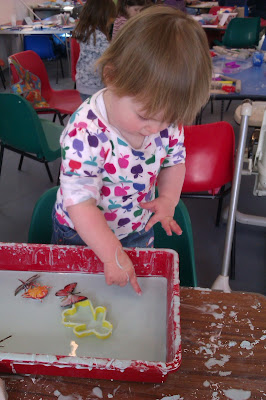 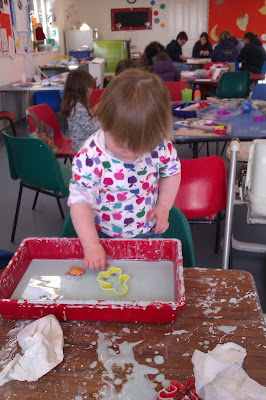 Little “R” then went out to play in the water tray! Something that she is familiar with and that was not challenging her thoughts….. almost as though she needed to just check that water would act as it always has after exploring this funny new substance! Little “L” joined her and they spent a good 20 minutes playing right there! 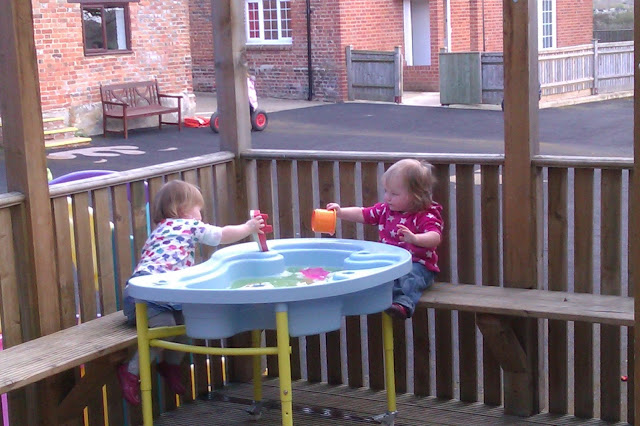 After a wonderful days play and crafting we came home to walk the dog and make some tea!

Unfortunately Brendan came home with an injury.  He took his shoes off to feel the sand in the sand pit between his toes and then didn’t put them back on before going on the play equipment. He managed to get his little toe caught in some netting and it was pulled to the side. The Dr suspects it is broken and he had it strapped up this week. Poor love. 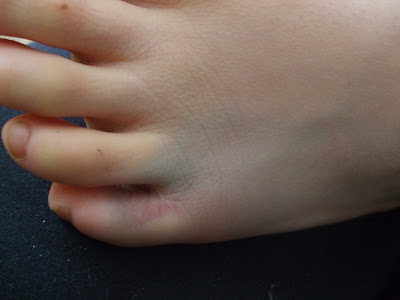 SCRAP SESSION AT OUR TODDLER GROUP!

A LITTLE MORE OF THAT TRAJECTORY SCHEMA!