This week we are taking a week off. Myself and my lovely partner and the boys are going to fill our time together with trips to places we enjoy and we are also going to try out some new places as well!

Kenzie asked to go to the Zoo and both the boys asked to visit Cotswold Wildlife Park. This is about 45 minutes from our house and is just the right size for little legs. It has been our Zoo of choice since Brendan was very little.

They have some new additions since we first started to come. One of which is the Giraffes. They are very friendly and interested in all the people. They were very interested in Kenzie’s Ice cream! 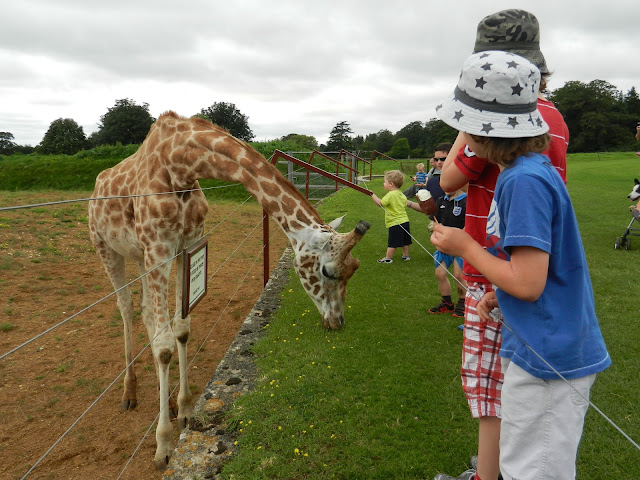 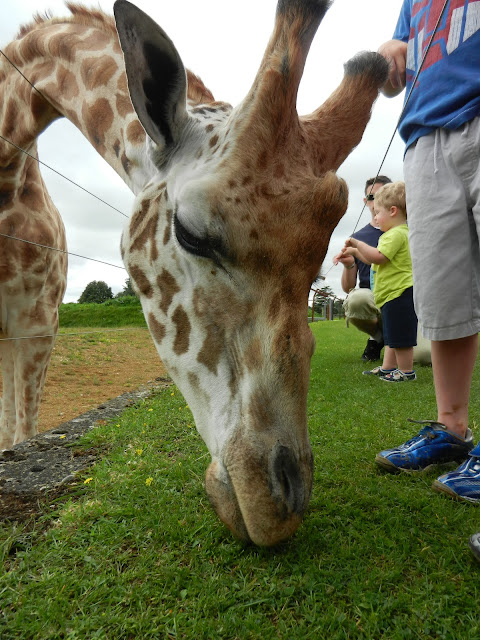 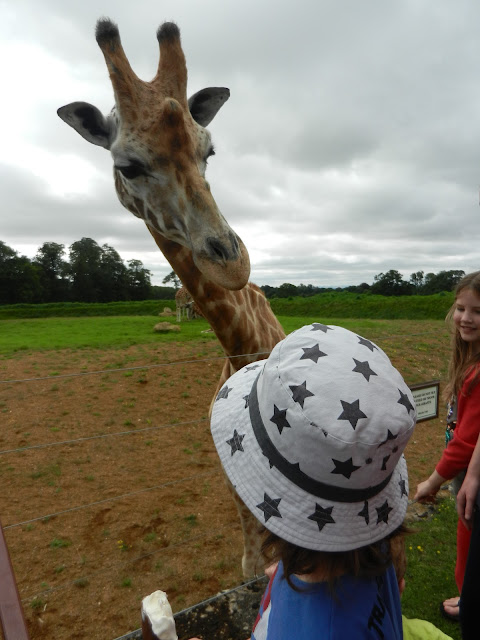 Brendan has never been very interested in the information plaques in these places. Always dashing from one thing to the other as fast as he can. We have had to call him back many times to slow down and stay with us. Explaining that we would all like to see the animals too. This has usually been met with frustration and his go to responce of “I’m bored”. This does not mean that he is bored, but more that he is not in control of the situation and that is something he finds very hard to deal with. This is where his Aspergers can make things very tricky for him. That and the fact that he is not in his usual surroundings and there are more people about.
But not this time!! He wanted to read all the plaques. He wanted me to help with the tricky words. He wanted to look in all the enclosures and see if he could find the sleeping Leopards laying on the high platforms. This was really lovely to see! 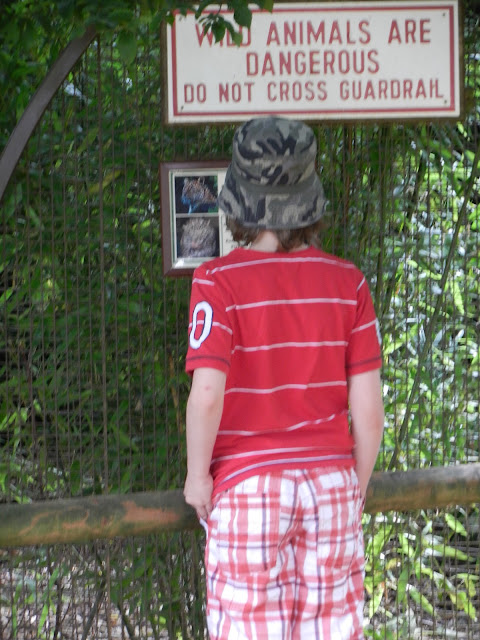 The pond has had an Algae out brake which we found a bit smelly, but it was still one of Brendan’s favourite places. So many different types and breeds of water birds! 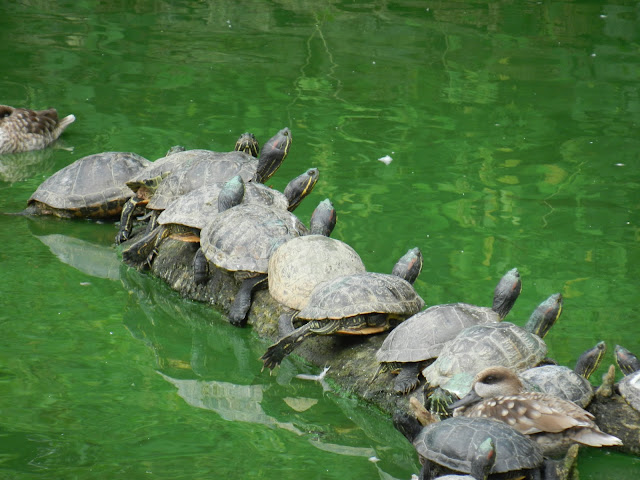 Kenzie was excited to find some day old chicks in the petting zoo area. They were Turkey chicks. Very cute! 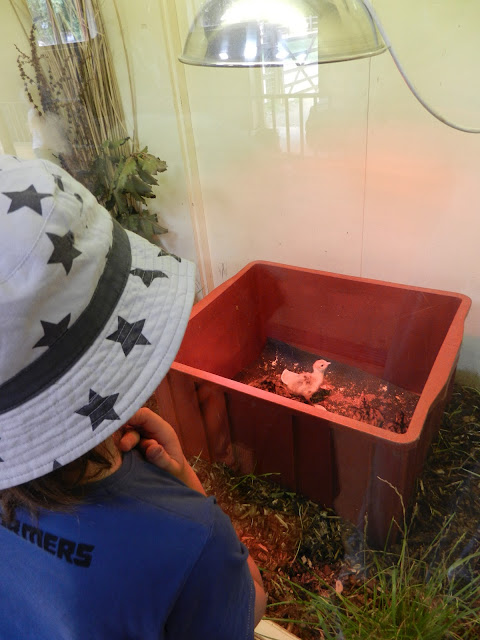 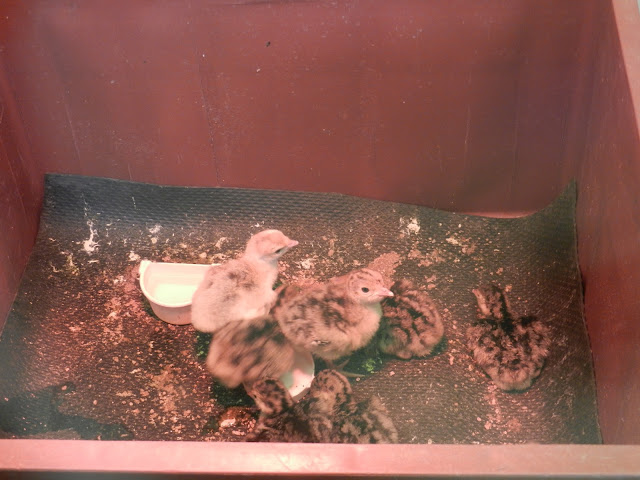 We got to stroke some cute goats. 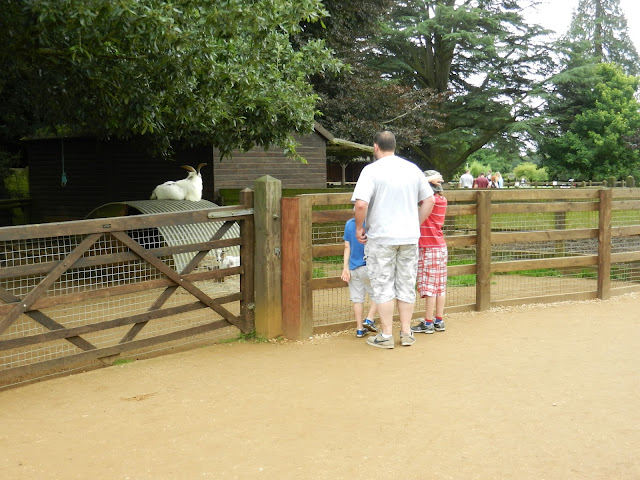 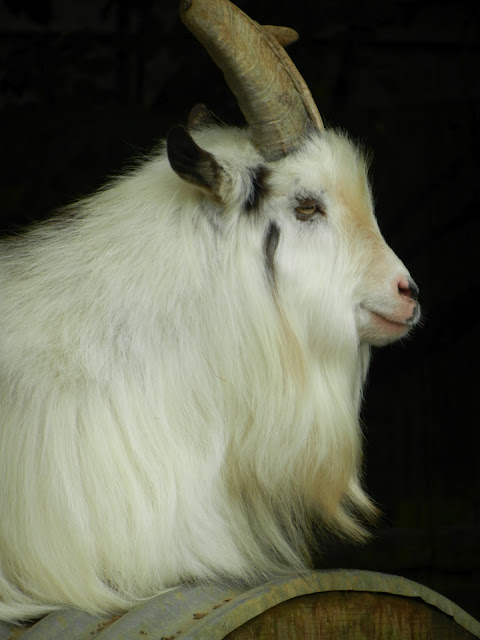 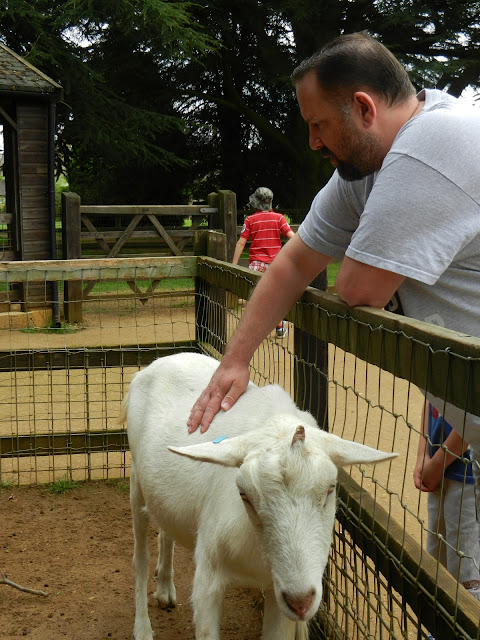 The boys also asked to go on the Train ride. This is a must for every trip. 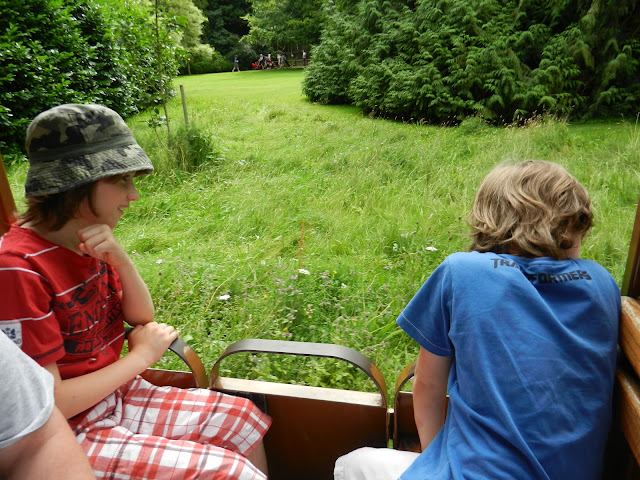 Look at that smile and happy face! 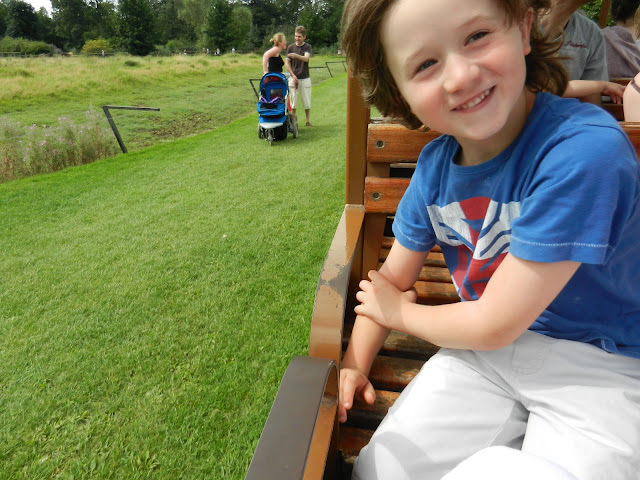 Kenzie’s only request was to find the Penguins. He is really in to Penguins at the moment. They were all sunning themselves on the side of the pool except for a couple having a nice cool swim. 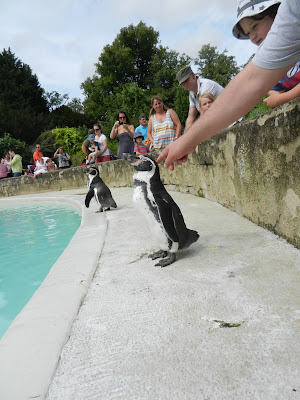 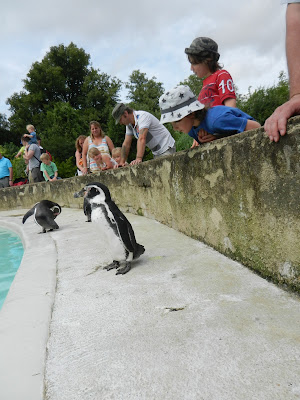 We found some lovely baby meerkat’s and their familys. 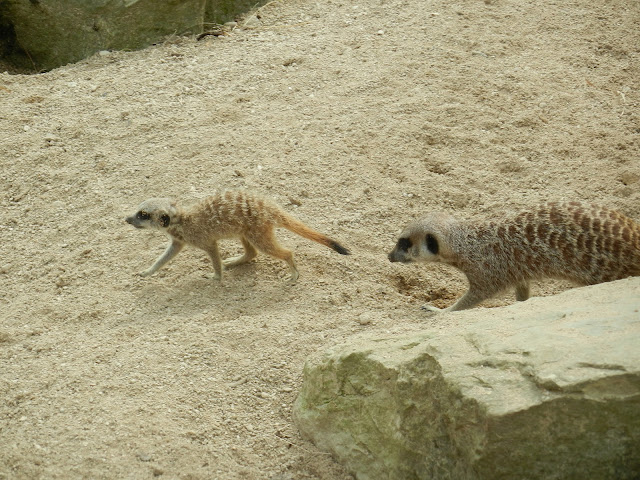 The boys enjoyed walking around an enclosure that had lots of birds in. They were flying about, sat in the trees or running along the floor. 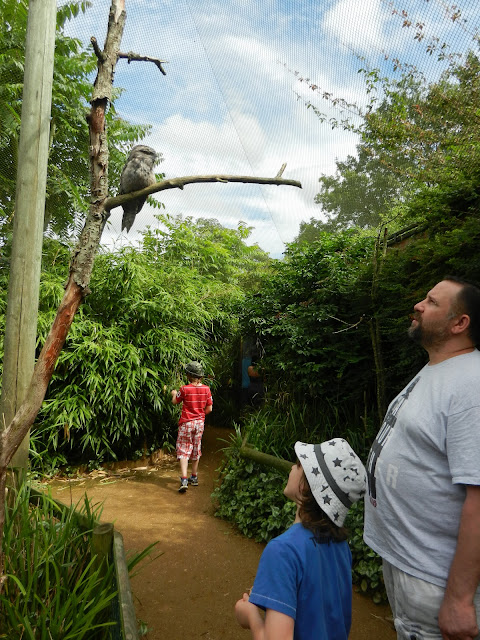 We went back to the rather smelly pond for feeding time. Unfortunately we didn’t realise we needed pennies to pay for the food if we wanted to feed the birds. I felt very bad about this as I had left my purse with Lee, who didn’t want to walk back to the pond. I have been trying to teach the boys that I don’t always have money for everything they want and I tried to look at this as one of those lessons. They had had a go on the train and Brendan had bought a little hand made glass tortoise from the man in the glass workshop.  But with each child that came up to the lady and walked away with a pot of duck food, their little faces dropped. If I had had any money there and then, they would have had it. No tantrums, not crying …. just sadness.
After a while I did notice that all the other children were dropping their pellets as they took them out of the pots. After about 10 minutes there were less people around and I could see pellets on the floor. So I showed the boys and their little faces lit up. They bent down and collect the dropped pellets and threw them to the birds in the water! 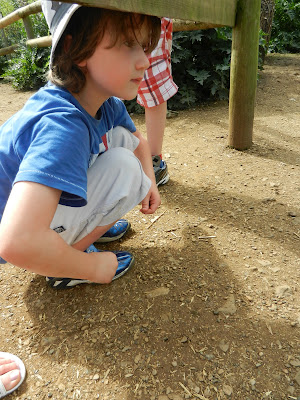 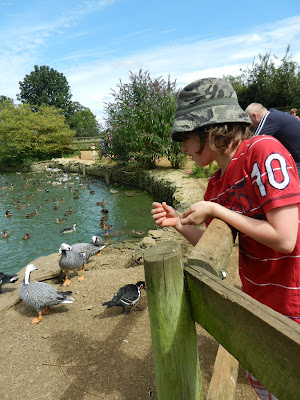 On our way back to find Daddy, Kenzie found me a flower that someone had picked and dropped! 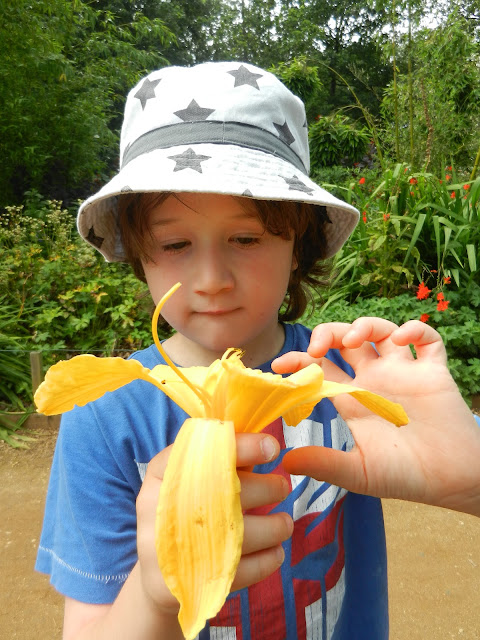 All that was left to do was to go in to the Madagascar exhibit and watch them running around and playing at our feet! 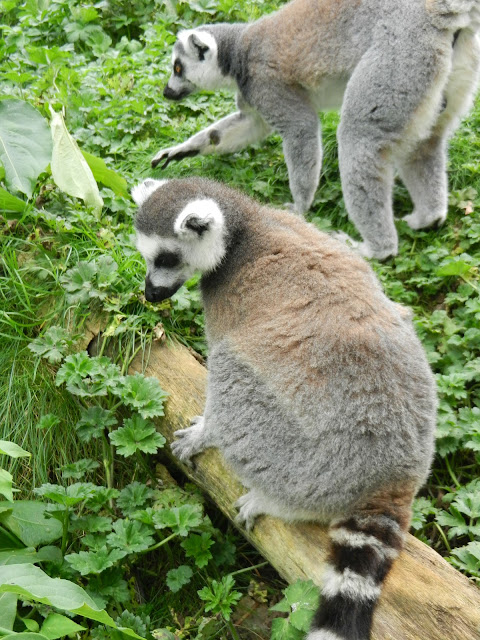 If your local or visiting the Cotswold’s I really recommend you pop in. They do not do a family ticket but the price is less than in the other Zoo’s nearby. Defiantly value for money!