The children were very excited to see some new items to play with today. I love watching their faces after I have swapped the toys around and brought out new things to explore and learn.
We chose some of the items from the shelves and set up a small world play scene on the table together. 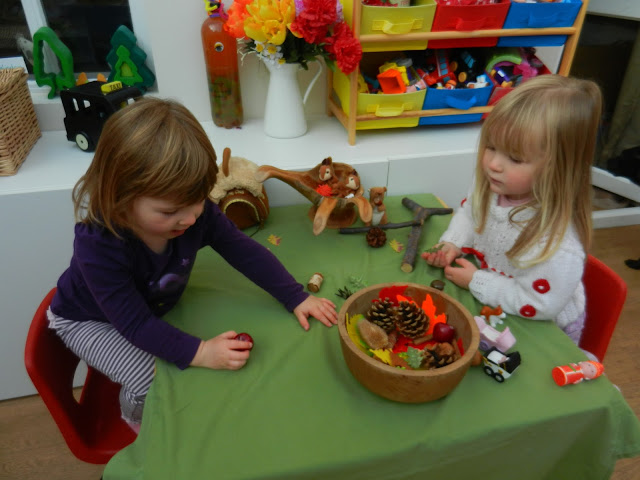 They found new and interesting items that they were not familiar with. Like this Teasel. Before long I will be taking them out to see them in nature and collect some new ones for our collection and hopefully see a few change from flower to Teasel. We have so much fun doing Nature walks at this time of year because there is so much change happening around us, so much to collect and bring home and so much to nibble on!! 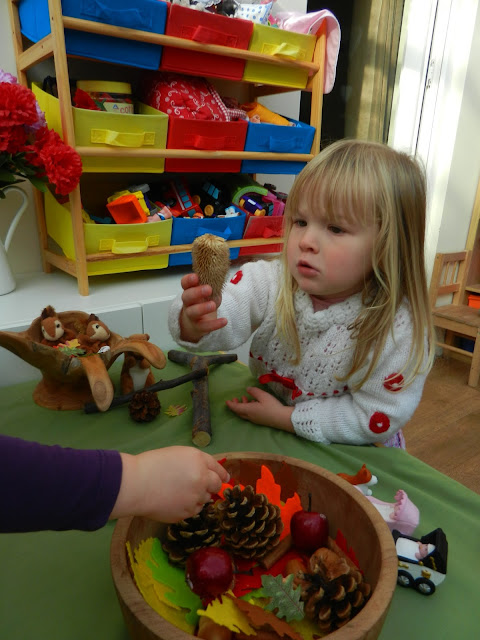 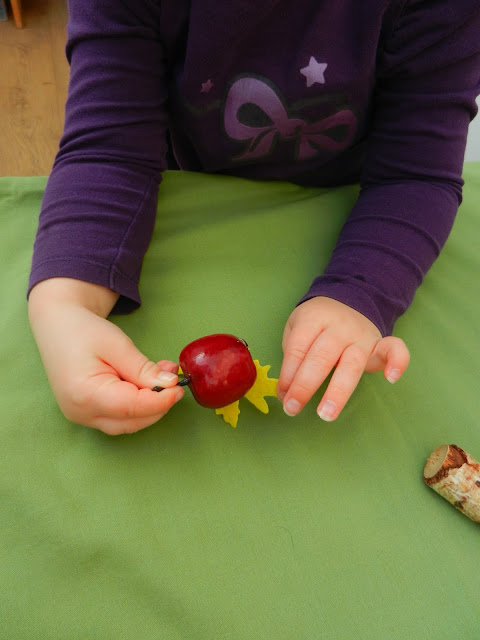 The girls worked together to make nest in a tree for the Squirrels. We talked about what they eat and how they store food, ready for the winter.
The  girls gathered up acorns to give to them and covered them up with leaves so that no one would take them away! 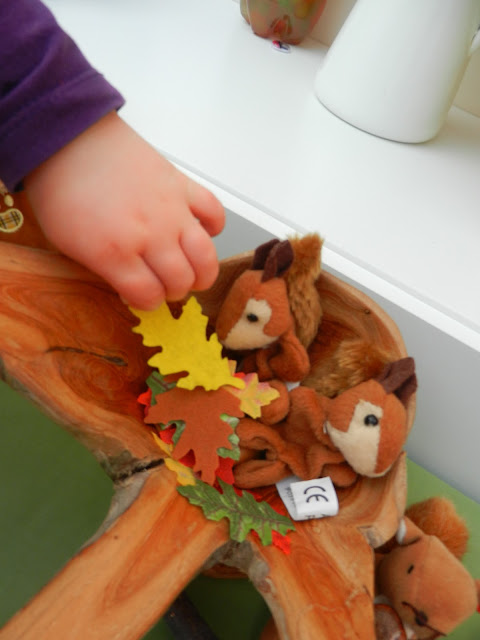 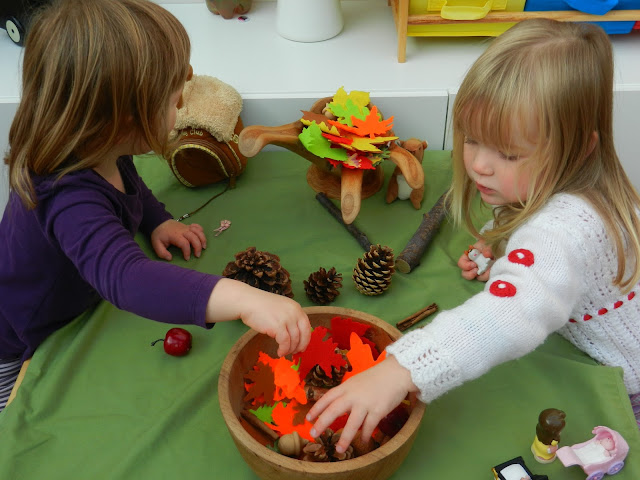 Little “R” lined up Acorns to see how many she could find. She counted them as she did this. 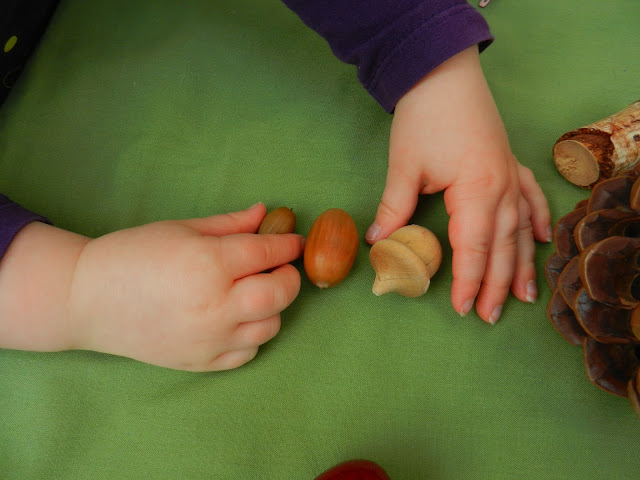 I did some cover care for another family today. The little boy, “C” was very keen on Trains so I set up the Thomas train set for him. He very quickly took an interest in the magnetic crane and blocks. I showed him how the blocks could be attached and then released again by pressing the button on the top. He spent a good 20 minutes attaching the blocks and releasing them, over and over. Sometimes he tried to attach them the wrong way up, like in the picture below, and looked confused as to why the block was no longer sticking. After some trial and error he turned the block over and it stuck first time. Very quickly he worked out which side was the right side to attach them. 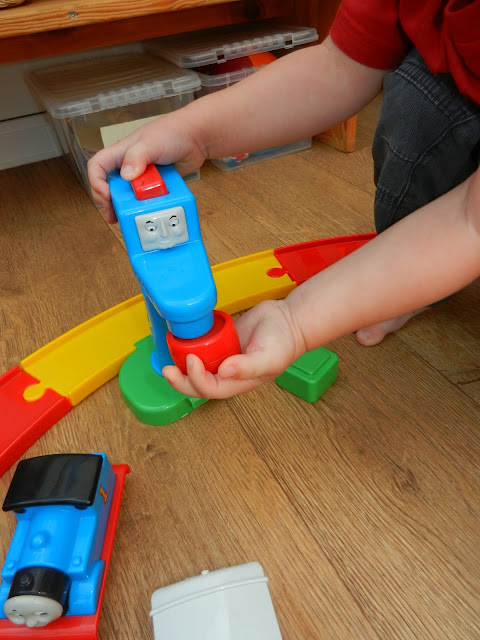 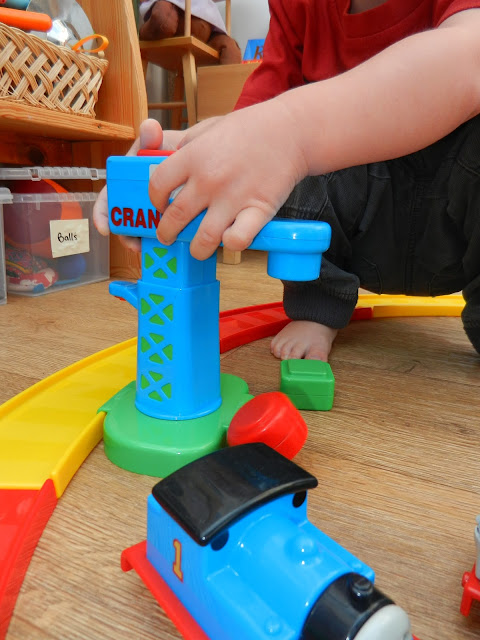 Little “L” spent a lot of time playing with baby George, Katherine and William! The Queens corgi’s came for a walk with them in the woodland we had created. By this time lots more British wildlife had moved in as well. The Badgers were very happy wondering around and they were joined by some Hedgehogs as well. 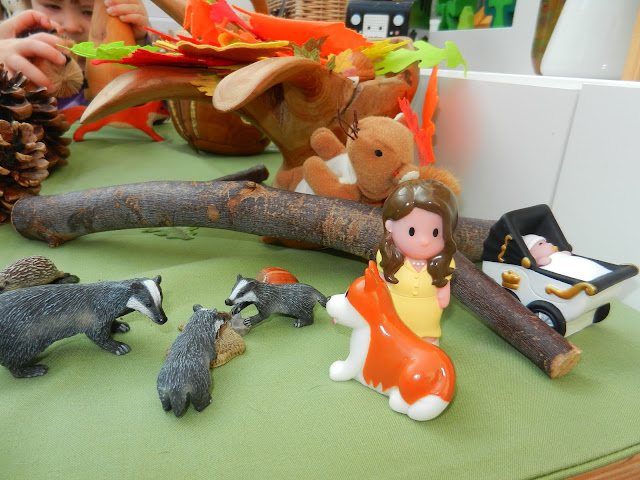 Whilst I cooked dinner, the girls played in the outdoor kitchen. There was lots of mud and water mixing and it was dished out in to cups and on to plates! 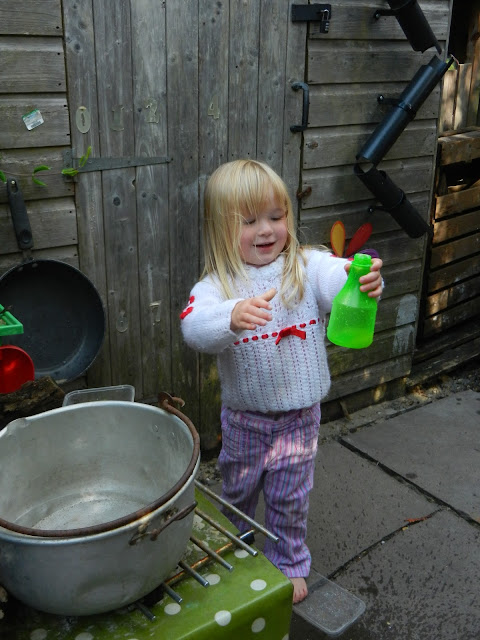 We have started to enjoy some Pirate activities ready for “International talk like a Pirate” day next week! 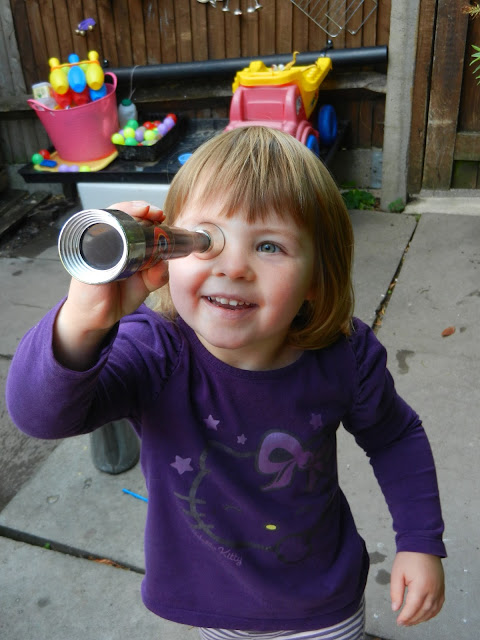 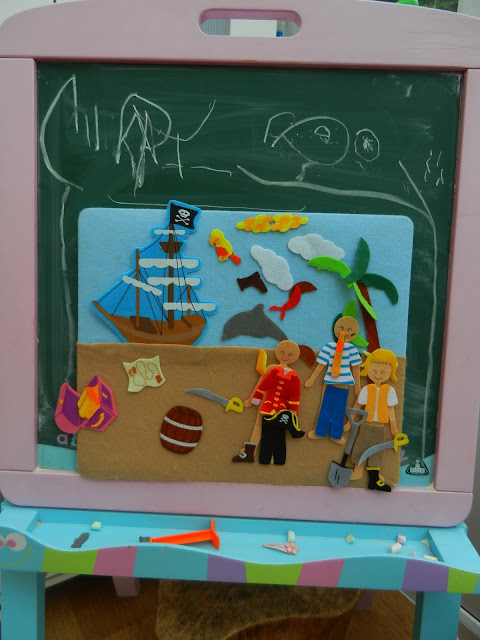 BUG IDENTIFICATION AND ON THE SPOT LEARNING!