Brendan has been in game making mode again the past week. This seems to be something he really enjoys and is actually quite good at.
This one reminds me of a War hammer type game. He has never played War hammer but has popped in to a War hammer shop and asked me what it was all about while he looked at the game table all set up with little scenes and figures. I have no idea how to play the game but I just know the figures use dice to battle.

This week he has created a game using his knights set. He set up 2 forts and shared out the characters.
He made sure each type of knight had set moves and battle rules. Then he got a ruler and dice and showed us all what to do. The knights with crossbows or bows and arrows get to fire from a further distance (the length of the ruler) and a dice is thrown to see if the arrow hits its target. if the opponent roles a higher number then the arrow misses.
Knights with axes, swords or hammers need to be face to face with their opponent to engage in combat. and again the dice is rolled.
People on horses move differently to those on foot.

He has really put a lot of thought in to how the game works and even worked out some tactics to help in the game. He took pieces in to school with him and then did a presentation for his friends and teachers. His teachers told me that the class mates were shocked that he had invented it. When I passed him in the playground that morning he had a crowd of children around him all playing his new game!

I can see a future for this boy and his creativity! 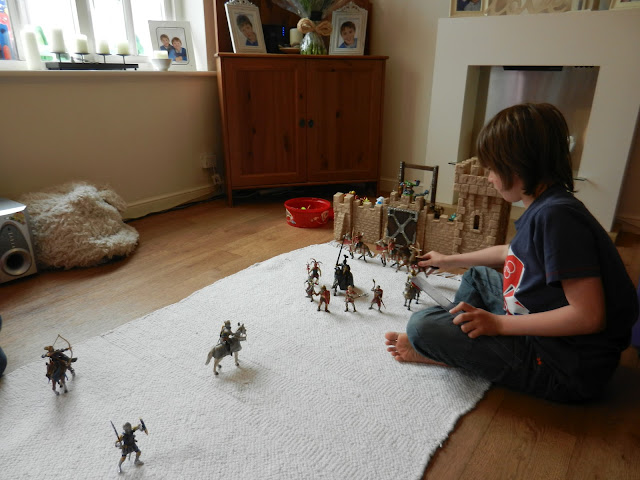 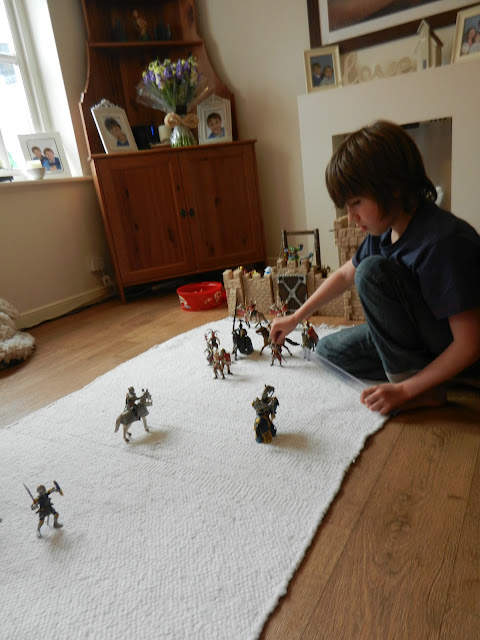 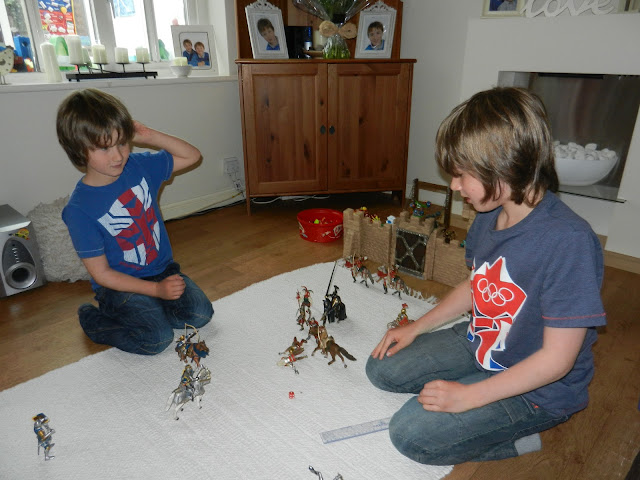