I had no idea what to write about on the theme of cars so asked my man for help! He thought it would be good to share his Hot Wheels collecting with my readers and give some idea of what cars to look out for. I think this fits really nicely on a blog that promotes play!

Hot Wheels come in many styles and they are always bringing out designs or re-branded versions of their older models.

The key things that he looks for when collecting are

He only buys cars on the original cards not the redesigned cards as these tend to cost quite a bit more. He also keeps all his his “Mint in box”. These are not for playing with!
This picture shows where the symbol is on the card and as this one is gold, it is a Super treasure hunt. This is the harder to find cars. Some are very similar to their non STH versions so you might not notice any difference at first. But often they have rubber wheels rather than plastic and other small details. See the second picture for an example of this. It also has a different paint job. 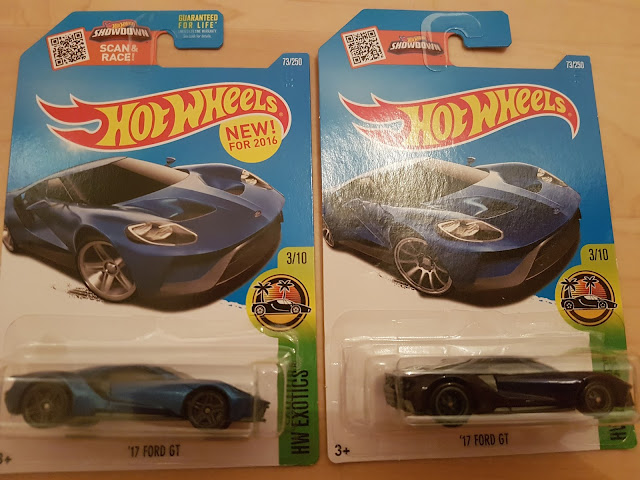 These are some of the movie and TV cars he has collected. Just a few I might add. He has probably about 150 cars in his collection in total. He has even got the boys collecting! The lovely thing is, what he might like to collect is not always the same as what one of the boys would choose to collect. Kenzie has very clear likes and tends to make a lot of his choices based on if he likes the look of a car! 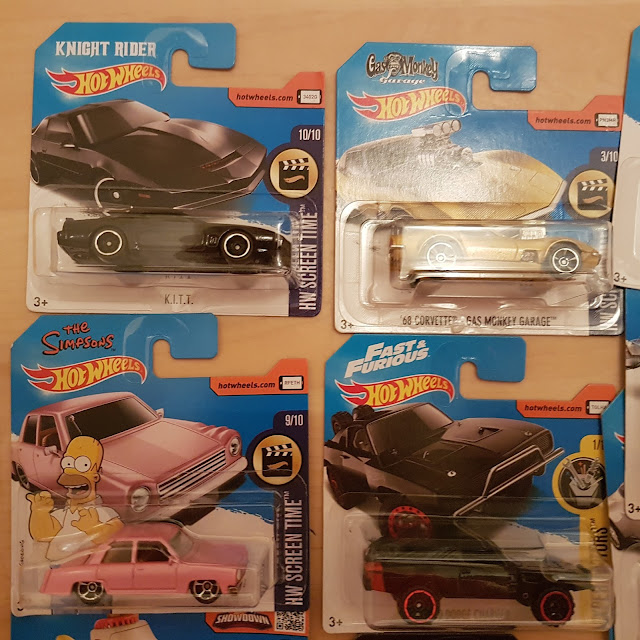 I have a huge box of cars in the playroom that is is enjoyed daily and a good chunk of them are Hot Wheels. They have been well loved and played with and probably had far too many crashes in their time. Not sure what a collector would make of them! The kids think they are great though! 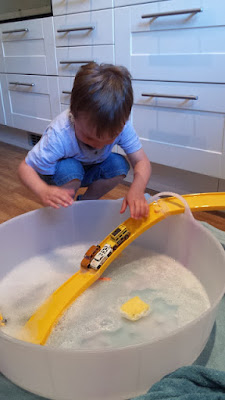 Disclaimer: Hot Wheels have not asked us to review their cars and have not rewarded us for writing about them. All views are our own.