Well my babies are getting pretty grown up now. 15 and 11 years old and no longer in primary school. My eldest is working towards GCSE’s and looking at what he wants to do next year. 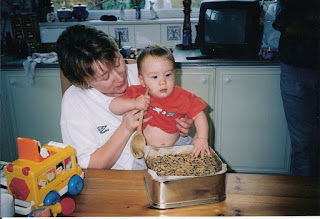 Neither of my experiences have been easy. My eldest was born premature and that was something I hadn’t thought about till it happened. We worked through it and he came home fighting fit after just 2.5 weeks! But he was never an easy baby. Sleep, food, temperament. As an experienced and trained nanny I just felt I was doing something wrong as I could not find away to manage him. He is the most strong willed person I have ever met and with an amazing vocabulary he could tell you very clearly that you were not in control. Pre-school and school all told the same story as he grew and progressed through the system. By 7 years old were were given a diagnosis of Asperger’s. ASD. This is where a whole different approach to parenting and child raising came in to play. I had to forget pretty much everything I had learnt. Stop looking at what other people thought I should be doing with him and start to raise him with Autism specific techniques and approaches.
I was told on occasions that he didn’t have ASD. By well meaning friends who only saw Autism in 2 ways. Rain man or non-verbal. These people soon slipped out of my life.  His teacher at school was amazing and opened up to me. Her daughter was on the spectrum too. She had received a late diagnosis but said that she had seen the signs in Brendan and was glad we had received a diagnosis and support early.
We found friends and groups that understood the whole Autism life and left behind the judgmental people. 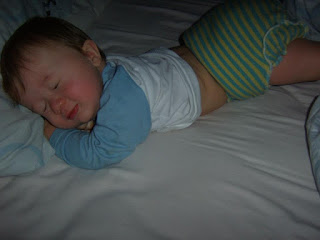 Baby number 2 was also early but only by 3 weeks. He was not a talker and a very quiet chap. He suffered from fits a lot in his babyhood and had several tests and hospital visits in his first few years.  He showed obsessive tendencies and sensitivity issues early on and we expressed our concerns about possible ASD. But were told we had nothing to worry about. By the age of 6 he was zoning out on us and ticking verbally and physically. Had been for about a year or more. This is when we were told he had ASD and Touretts. Something else to find out about and get our heads around. Thankfully we had been using the same parenting techniques for Kenzie so we had fewer of the meltdowns that we had experienced with Brendan.  Where as Brendan was outgoing and confident Kenzie was withdrawn and anxious. So there were new things to learn. He reminds me very much of myself as a child.

So my experience of babies has been quite full on. I won’t lie. It was not an easy time. But then is it ever an easy time for anyone? Babies may be amazing little things but they are hard work and we worry so much about them. Keeping them safe and raising them well are huge responsibilities!

But these boys of mine were given me to raise the best way I could. They have made me a more tolerant and understanding human. They have led me in to a world of caring families with amazing and unique children who find the world tricky everyday… but still get up and do it all over again tomorrow.  They have shown me life in a way I had never viewed it before and I will be forever grateful to them for this. I love my babies with all my heart and will do forever more. They will always be my babies…. even when they have babies of their own!

CHILTERN HILLS ON A SUNNY EVENING.