Little “T” is becoming very mobile these days. It is lovely to see him making his way towards a toy or item of interest. On this day he had spotted the nice red Fire Engine. He sat looking at it for a little while and then set about making his way too it. He crawled towards it and then lay on his tummy so that he could reach forward to touch it. I think he must have felt safer to lay flat before reaching so that he didn’t loose his balance. 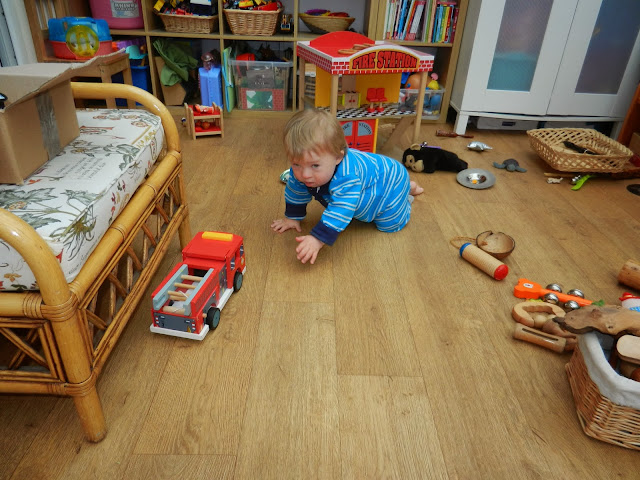 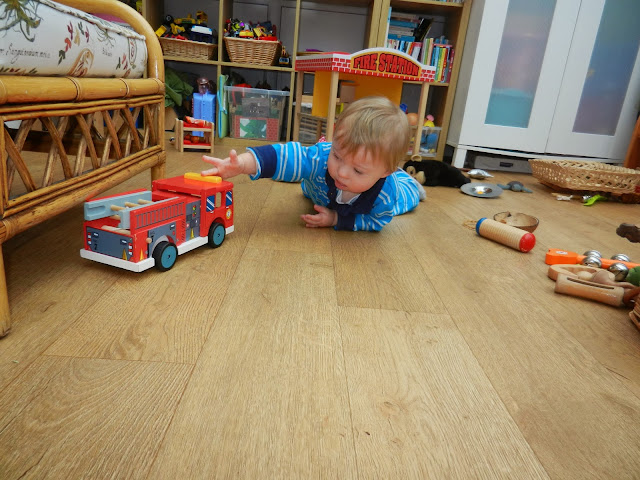 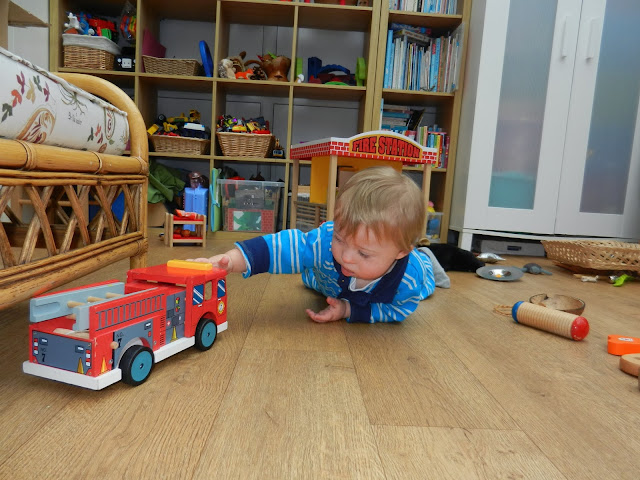 Each time he reached forwards and touched it he made it role slightly which took it just out of reach again. This did not frustrate him, it just encouraged him to try again. 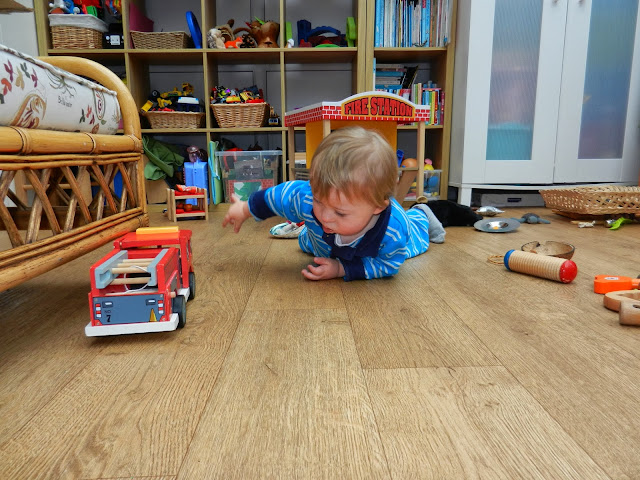 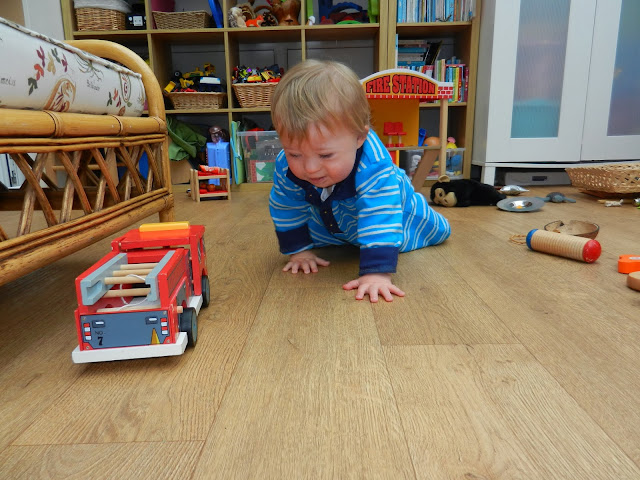 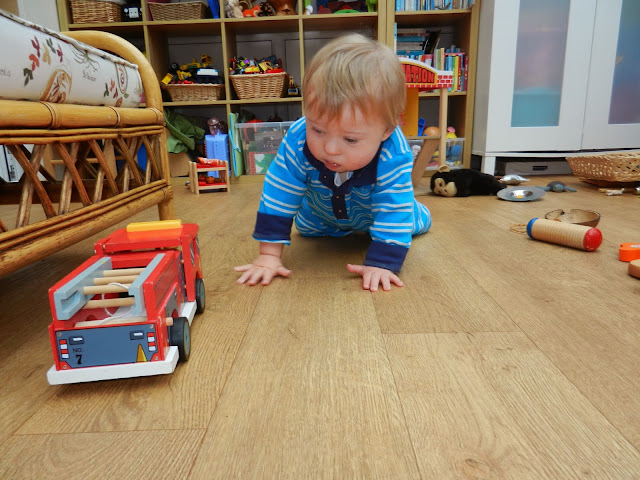 Ohhhh… he got it again! This time while still staying in a crawling position. 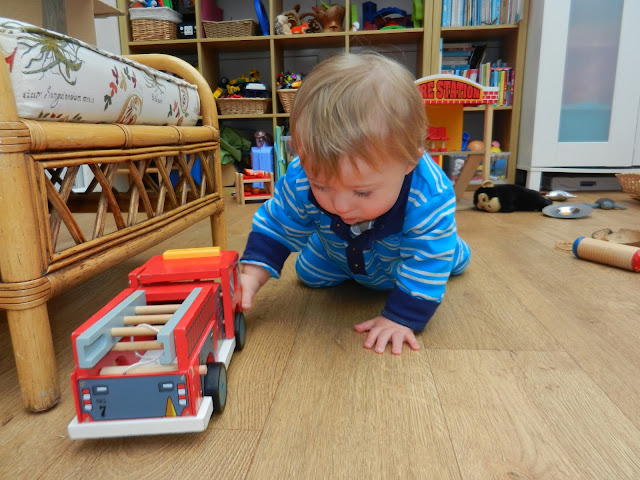 and it’s gone again! That cheeky Fire Engine is teasing him. 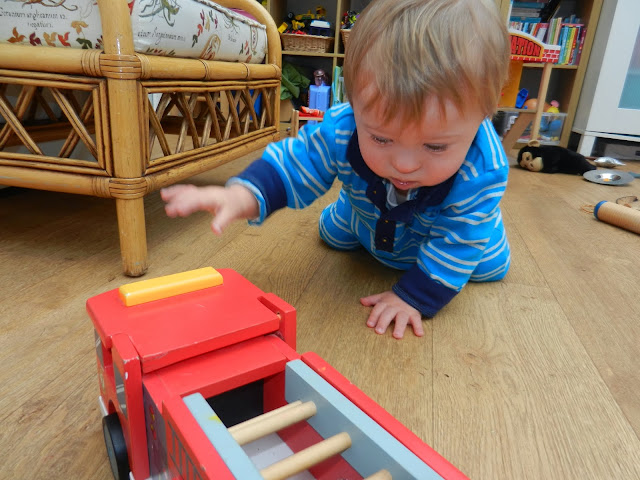 CHARACTERISTICS OF EFFECTIVE LEARNING:
Little “T” has not been crawling for very long and this concept is still quite new to him. He is very much enjoying the freedom his new found mobility gives him and his ability to make his way to a chosen object to explore it. He is focused and engaged on his task of reaching the Fire Engine. Finding out about it and exploring the wider environment with his crawling. Every time it rolled out of his reach he just got back up and tried again until he finally achieved his goal. He is motivated by his own interest in the Fire Engine and this encourages him to keep trying.
Today’s play, meets the following EYFS Prime and specific areas

HOW TO MAKE……… CHRISTMAS ORANGE DECORATIONS!