Today we made Pop up Puppets. There was no set way to make these. I told the children that they could make any animal or person they liked. Typically my boys made Mine craft figures. Mine craft seems to be flowing in to all areas of their play these days.
Little “R” and “L” made Princesses. Little “L” in particular is Princess mad!
We set up the Puppet theatre on the playroom table and the children all took it in turns to tell their stories and when they were not telling their stories, they were sat on chairs in front, watching the others deliver their show!
Kenzie wrote the times and titles of the shows on the chalk boards. The younger children copied him and made marks of their own before performing their shows. 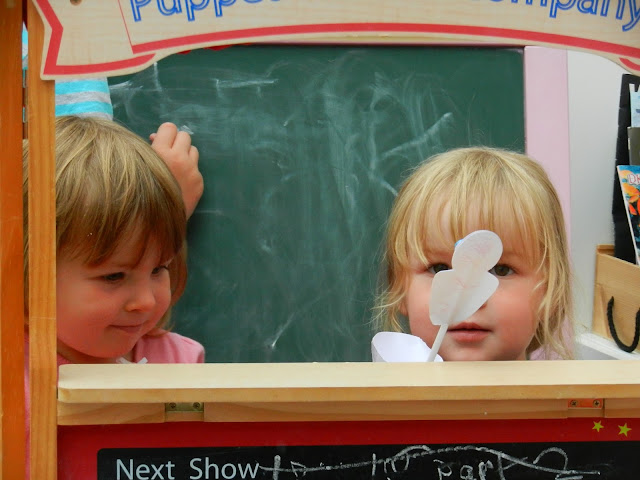 Little “L” told her story with a very clear voice and clear idea of what her story was going to be about
“Once upon a time, there was a lovely Princess!” 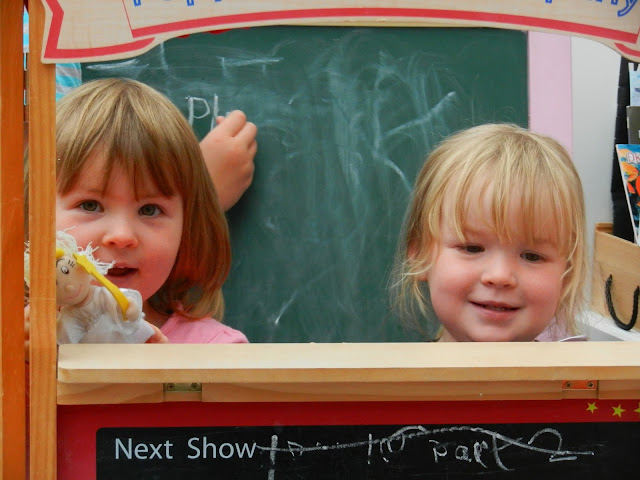 Little “L” joined in.
“Her name was Princess!” 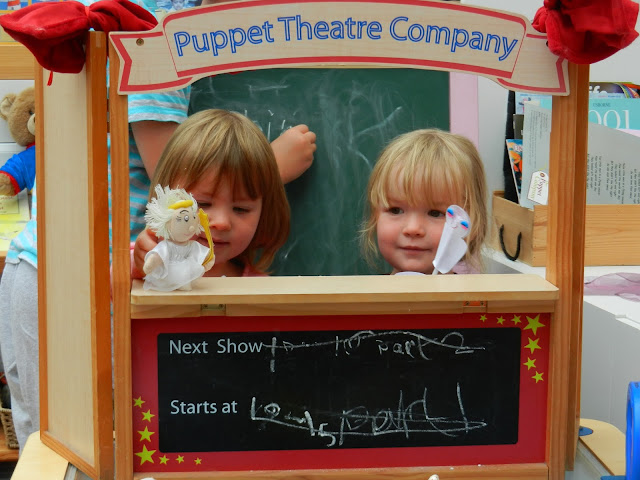 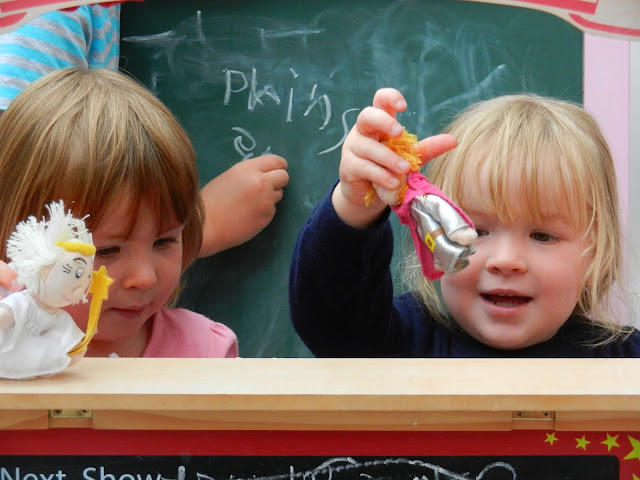 Little “R” introduced a wicked witch to the story and Little “L” told us about the Fairies! 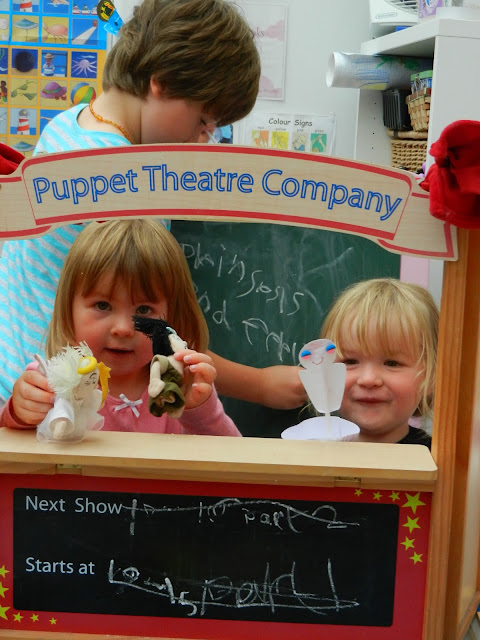 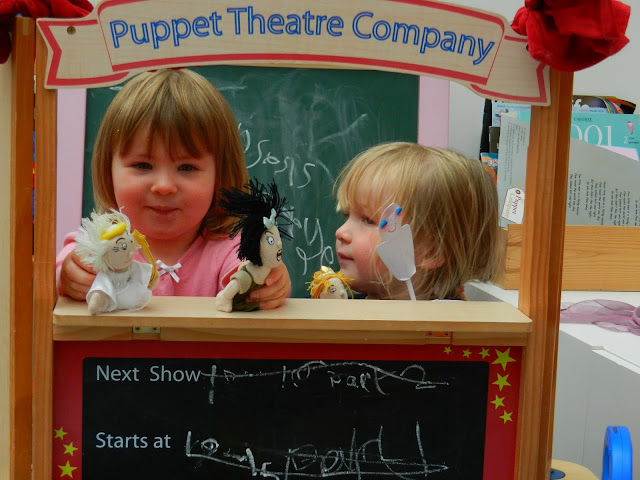 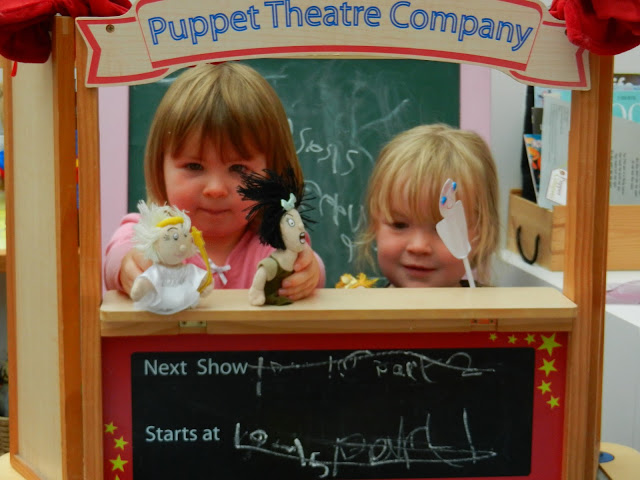 CHARACTERISTICS OF EFFECTIVE LEARNING:Both the girls became totally involved and engaged in their story telling. They were so keen to take part in the story telling and putting on their show for everyone. Little “L” made clear links with her knowledge of stories and their structure. Using common phrases like “Once upon a time”. Little “R” added characters that she has linked in her memory from past fairy tails. No Princess story is complete without a wicked Witch! Both the girls used their imaginations to create a story to share with their friends.
Today’s play, meets the following EYFS Prime and specific areas

SITTING IN A BUCKET!