The sun has finally come out and we have been enjoying some water play in the garden. I filled a tray with water and added some items to the table for the children to explore. Large pebbles, a water wheel, bottles, bits of pipe, a big duck, funnel and some small plastic balls. 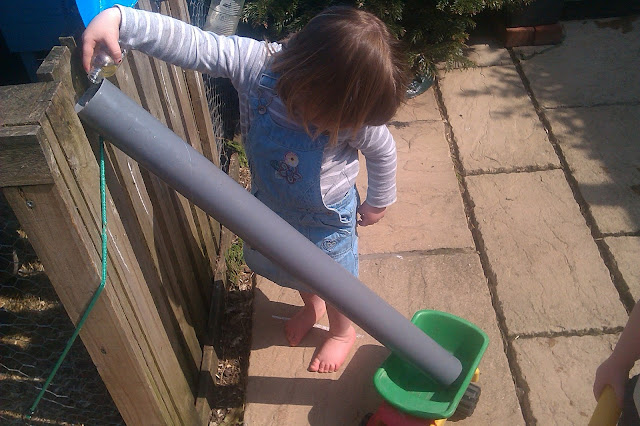 Little “R” chose a piece of pipe and walked around the garden looking for somewhere to lean it. She put one end in the truck and I could see she wanted to use the pipe to fill the trucks tipper.  I helped her rest the other end on the Chicken run fence and she ran off to fill a little pot with water.
She poured it in the top and looked down to the other end to watch the water come out. 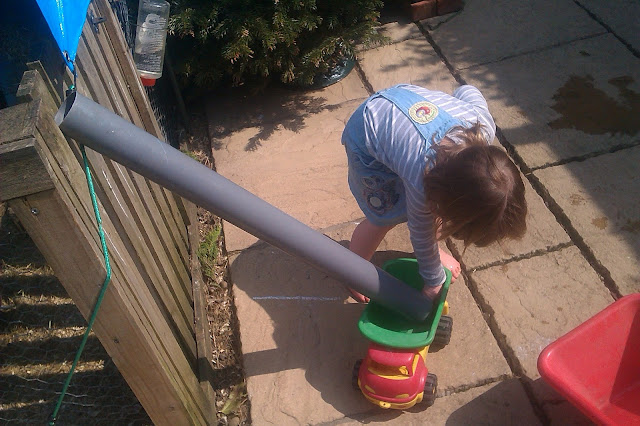 Very soon her friend Little “I” came over to see what she was doing. She had a wheel barrow and watched for a while as Little “R” went back and forth to the water tray to fill up her bottle and then poured it in to the top of the pipe. 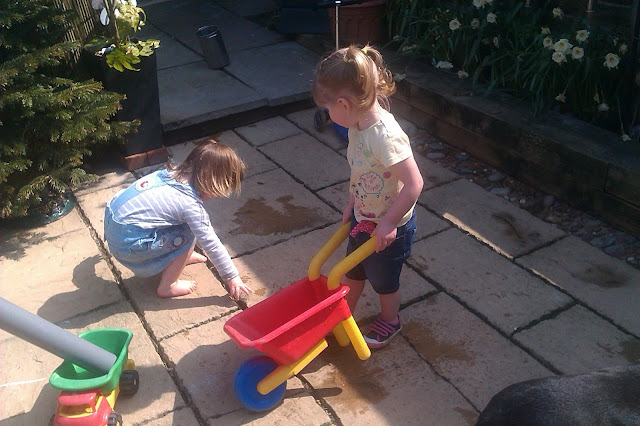 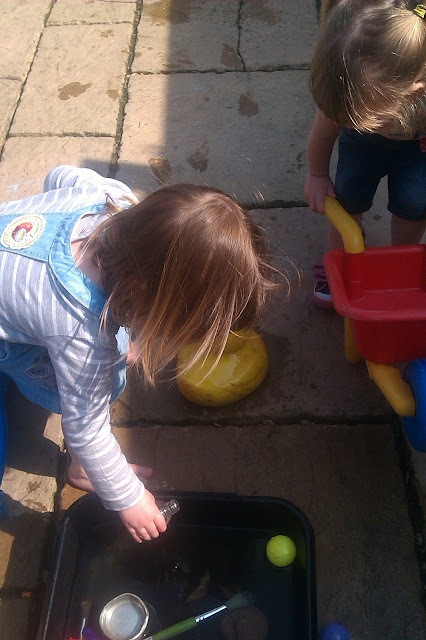 She brought some water over to try it out for herself! 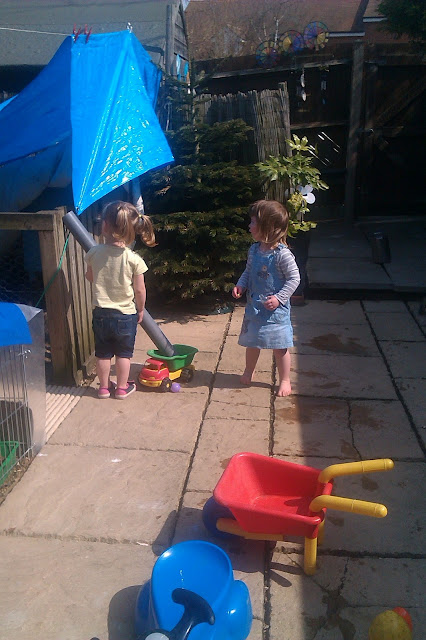 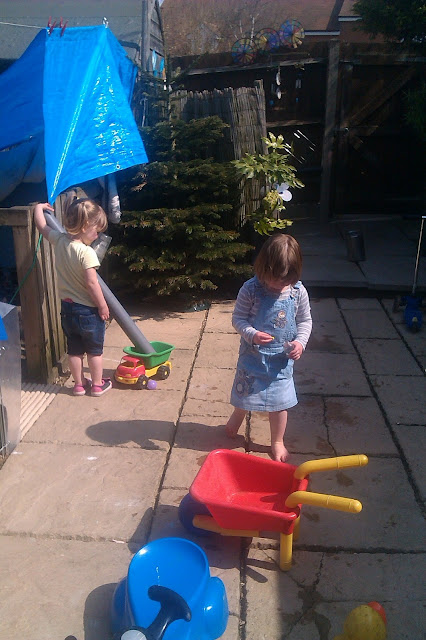 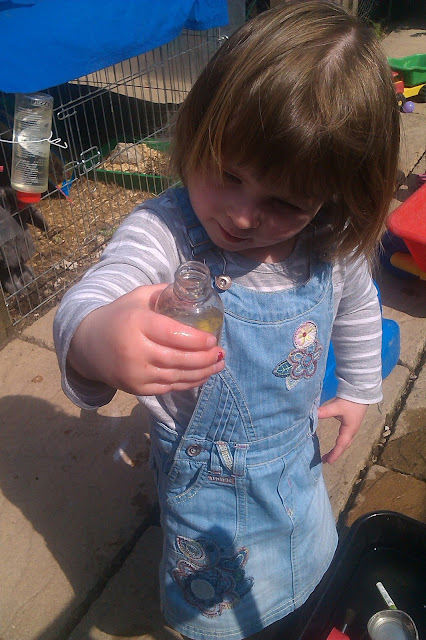 Meanwhile Little “I” found some pipes of her own. She tried stacking them in her wheelbarrow and kept looking over to Little “R”‘s set up, to see how she could make hers work. 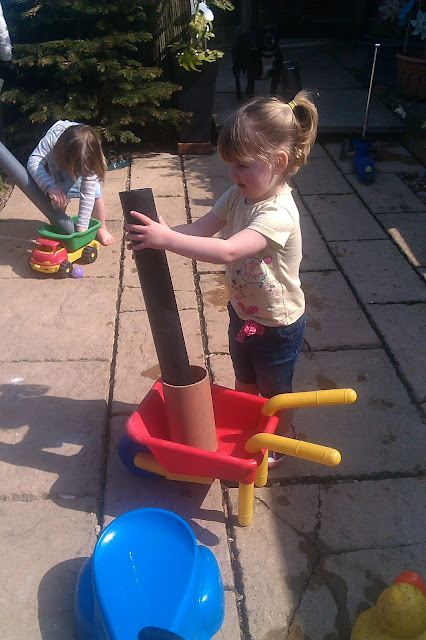 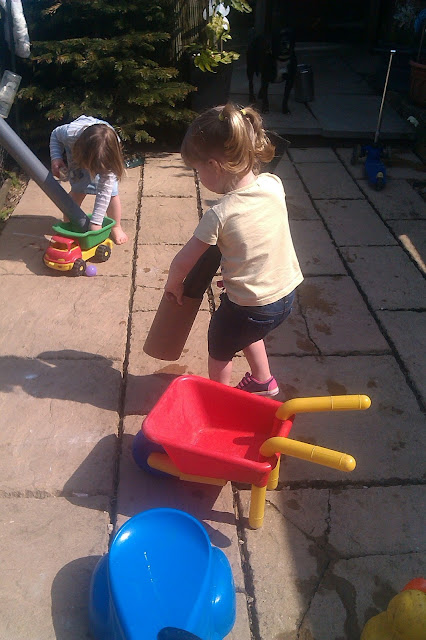 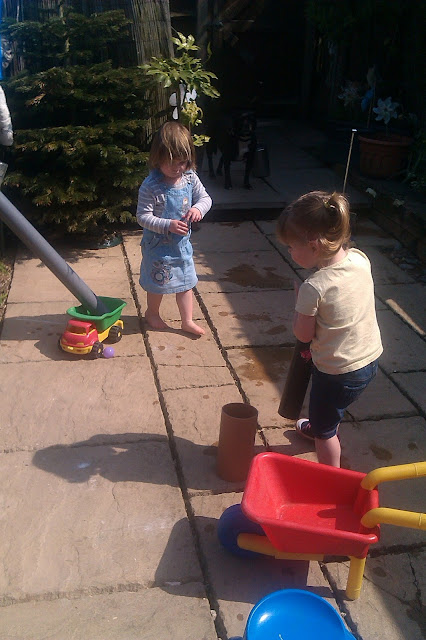 In the end I helped her find somewhere to lean the pipe and added a curved pipe end to it so that it was easier to pour water in to. 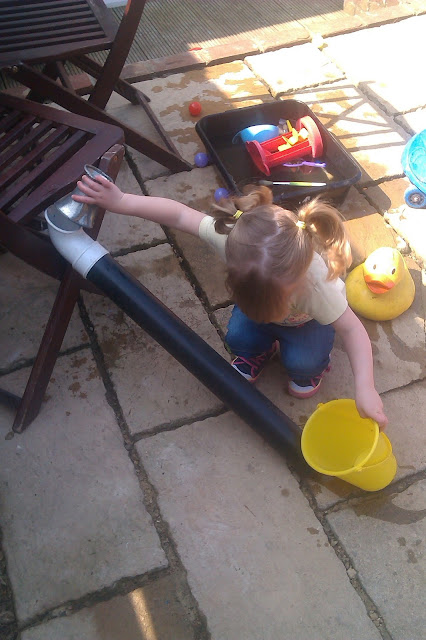 It soon became apparent that she wanted the water to be collected at the other end. So we placed the wheelbarrow under the lower end so that the water would flow in to it. 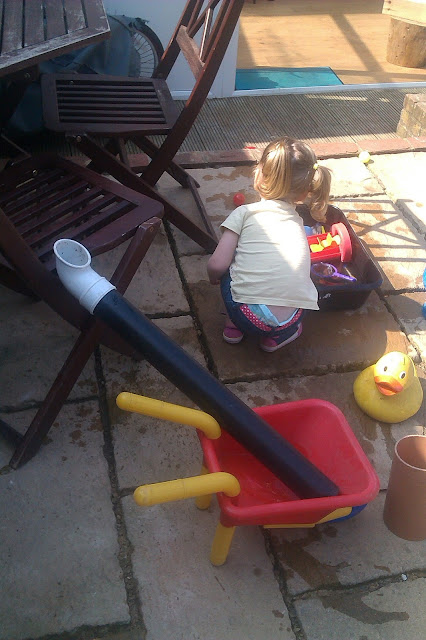 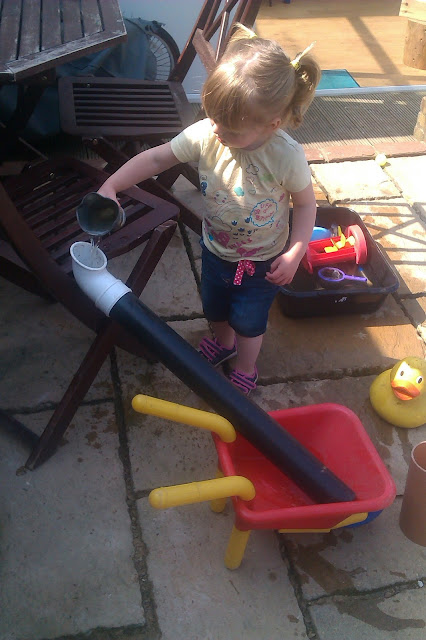 The girls spent a long time on this little project, throughout they chatted about what they were doing, tried out each others water shoots and took turns. They found out how the pipes had to lean to make the water flow from one end to another, they problem solved, became immersed in their play and kept trying when their ideas did not work as they had hoped. The made links to knowledge that they already had about how water behaved and thought about new discoveries like the floating chalk. Their discoveries motivated them to carry on exploring and kept them engaged on their task.