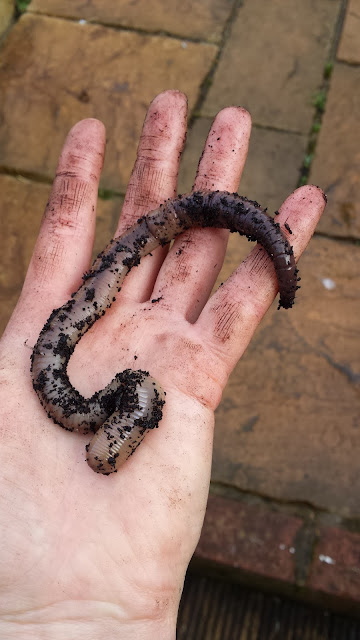 Wow!! This whopper is living in a planter in my garden. I decided to leave him and the plant where they were after finding him. I was amazed to be able to see all the parts of a worm so clearly.
The posterior end was flatter and more obvious and the Clitellum was much clearer than on smaller worms!
A superworm!
Great example to show the children who had mixed feelings about it, Some wanted to hold it while others were not so keen!