We transferred all the tadpoles to the new nature pond that we built as they were starting to die in the tank. They are doing much better since we set them free in the pond. Heathers Tadpoles were growing much quicker than ours and she had some frogs that needed a new home. We offered to home some of them at ours and so her and little “E” came over to release them!
Our Nature pond is very small and behind a fenced off area to keep the nature and the children safe. We did let little “E” come in to the area to release the tadpoles though and she was very pleased to see them swimming in their new home. 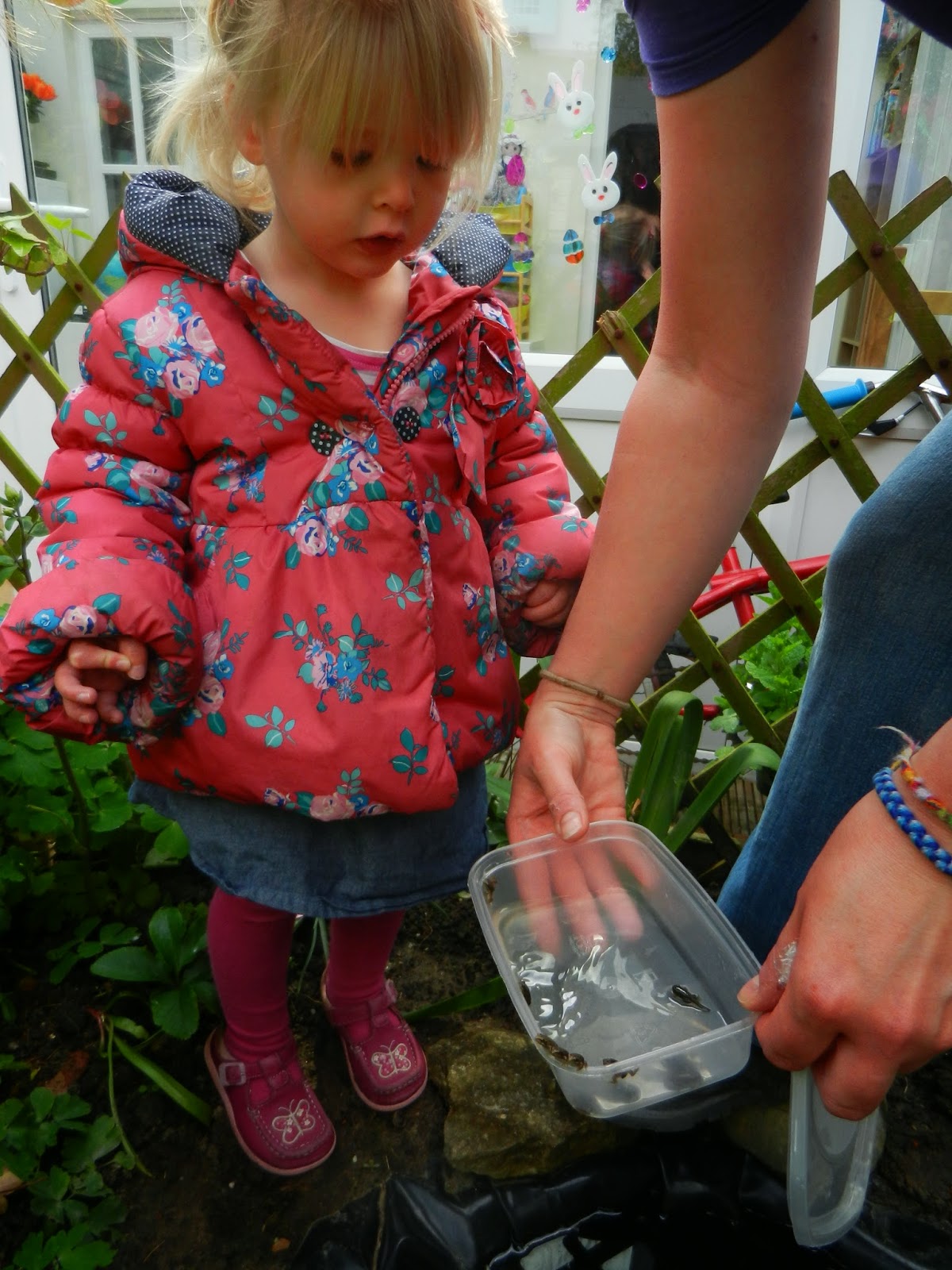 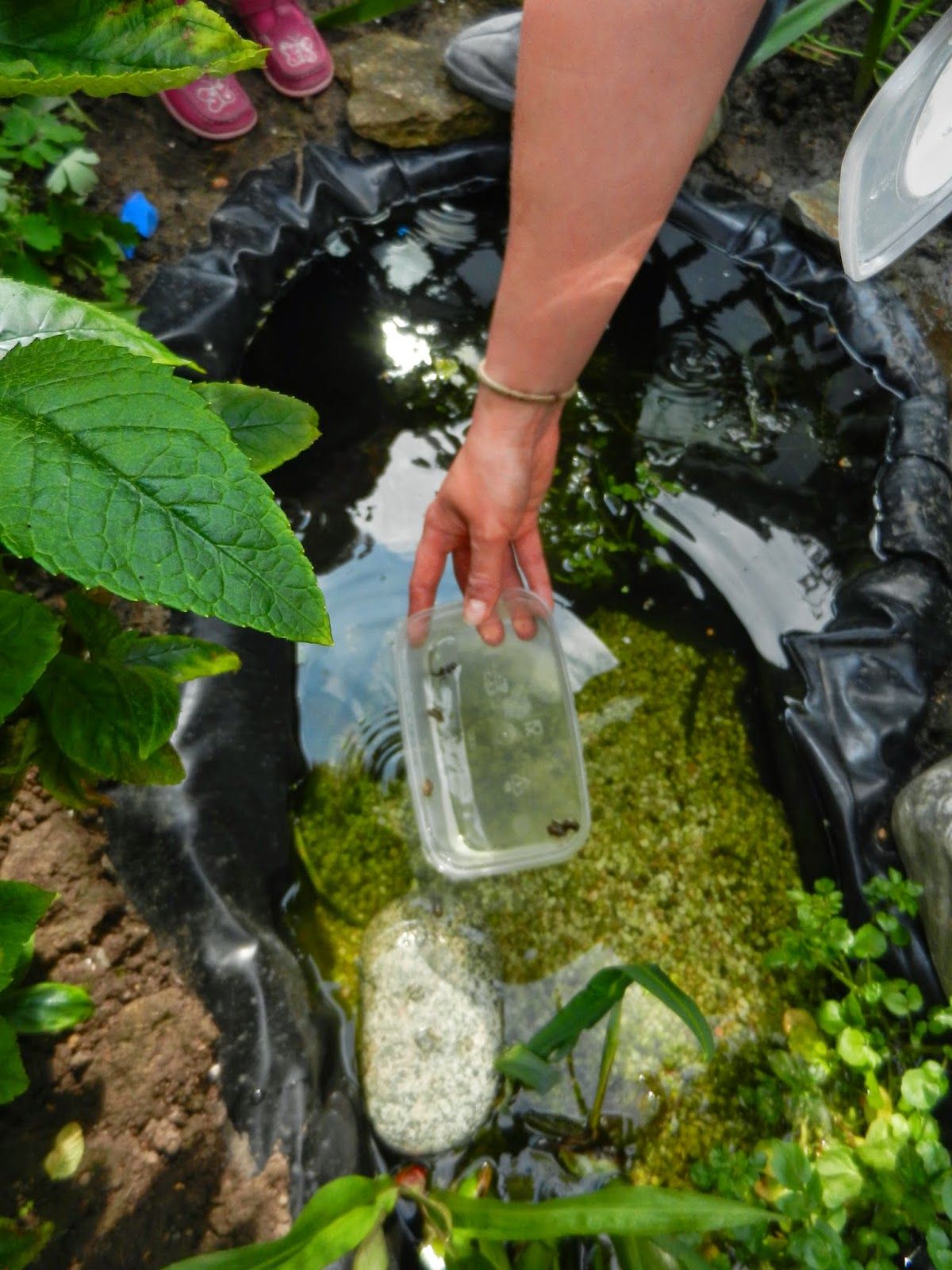 Lots of them made their way to a rock and climbed out. 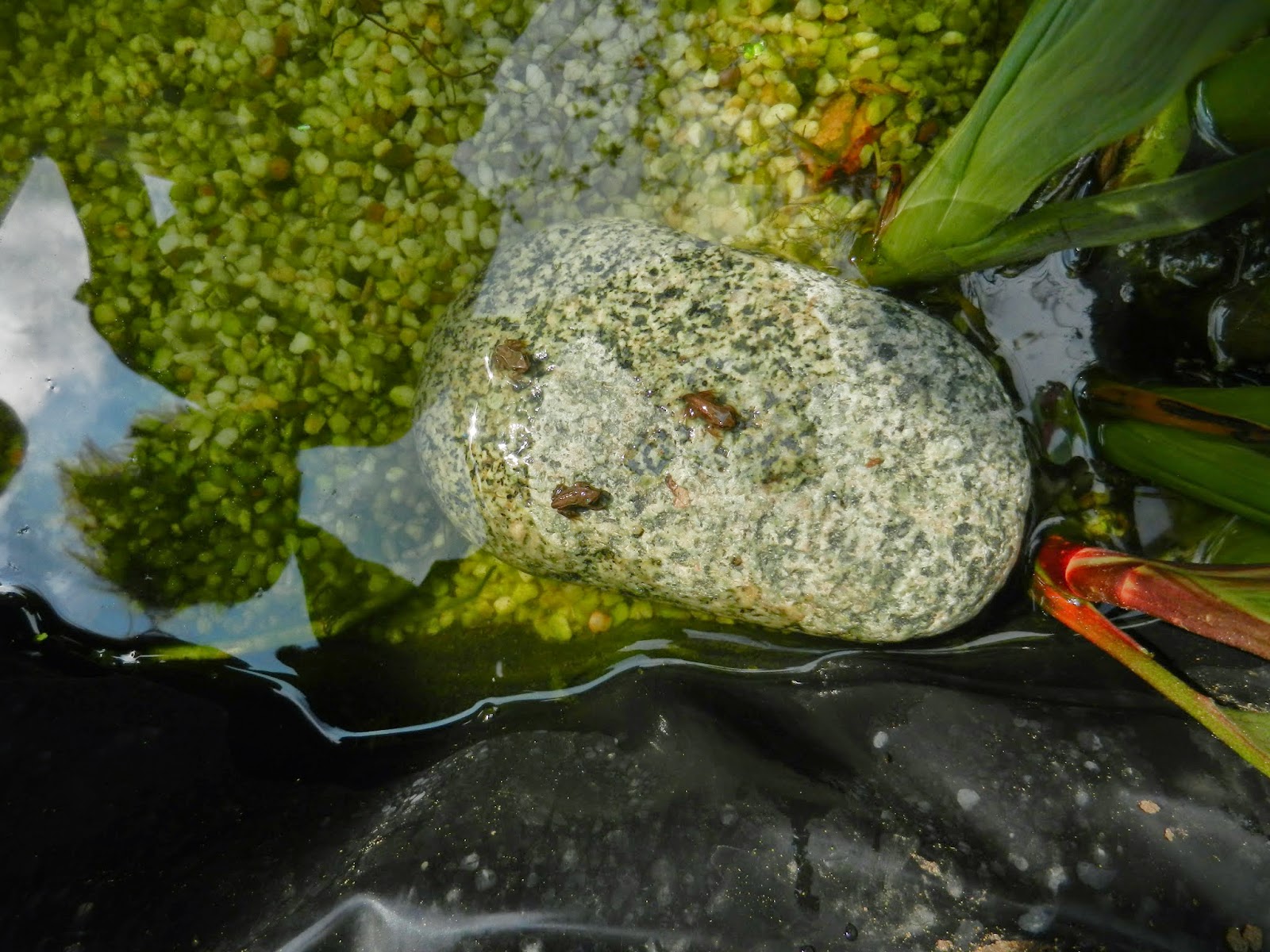 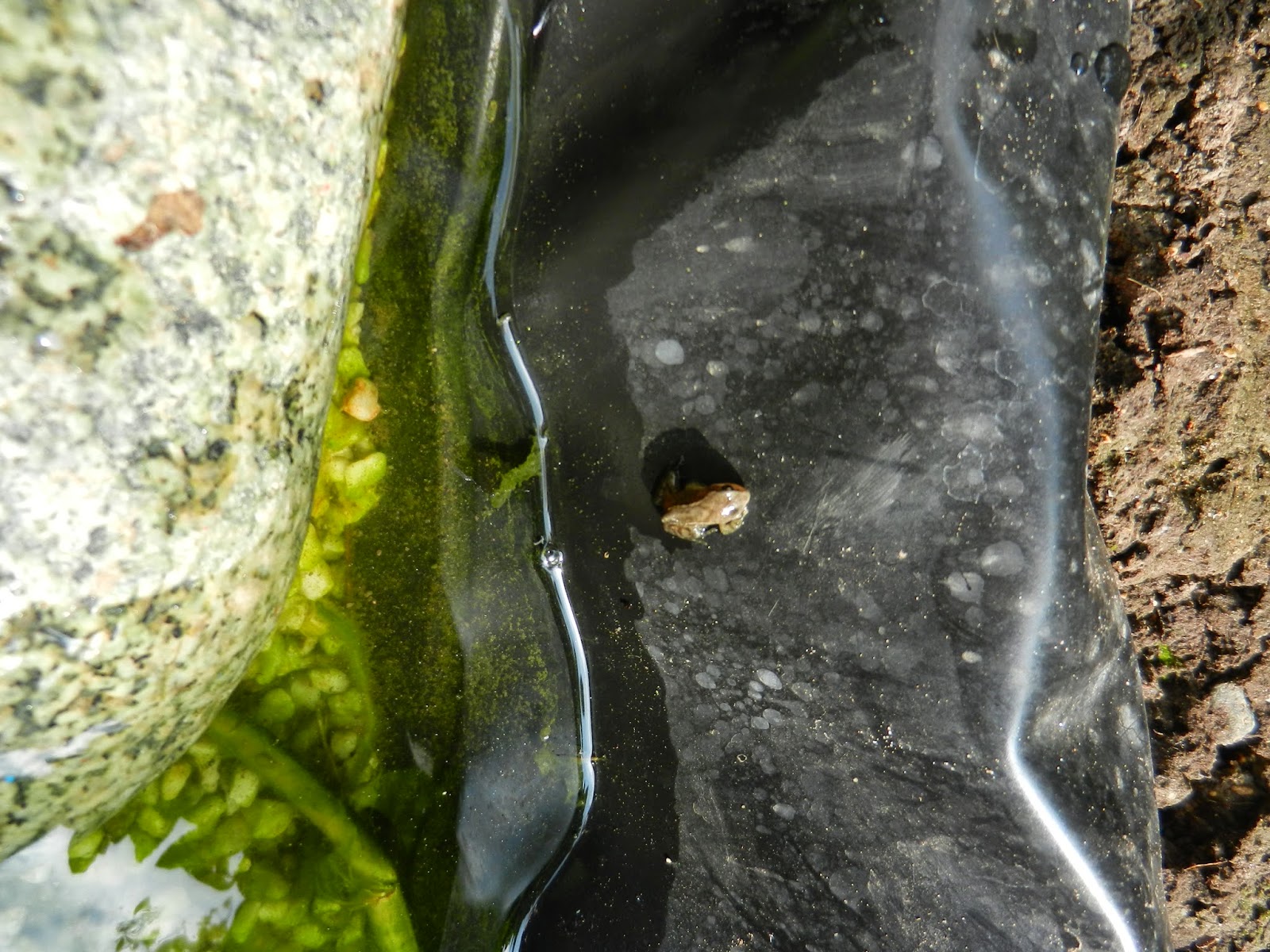 We have not seen the frogs since they were released but I am sure they are doing well and have found somewhere damp to live.
Our tadpoles are now getting much fatter and eating more. They have also cleared the pond of algae in just a couple of weeks. We have been feeding them fish food which they seem to like and have borrowed some green pebbles from my parents pond for them to clean!

PLANTING OUT VEG ON THE ALLOTMENT!