Beale Park!
This was one of our family day trips over the summer holidays. We won 2 free tickets in a raffle so thought we would pop along and see what they had. It was a lovely day. Not too big a place so we got round it in an afternoon, but so much to see and do!
There are no big animals as such. The Zebus are probably the biggest things there, but that didn’t matter at all. We saw lots of very cute birds and animals. 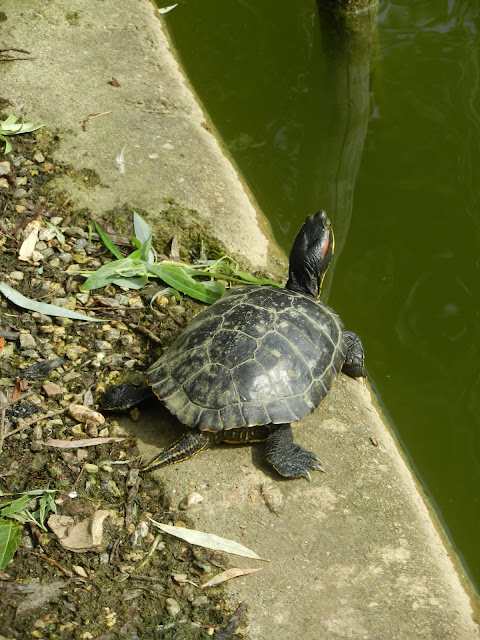 There were machines that you put 20p in and turned the handle to dispense bird food for the Ducks and Geese. They were all really  friendly and most took the food from your hands. They also have GIANT Koi Carp which the boys got to feed and the fish even sucked their fingers which made them laugh. 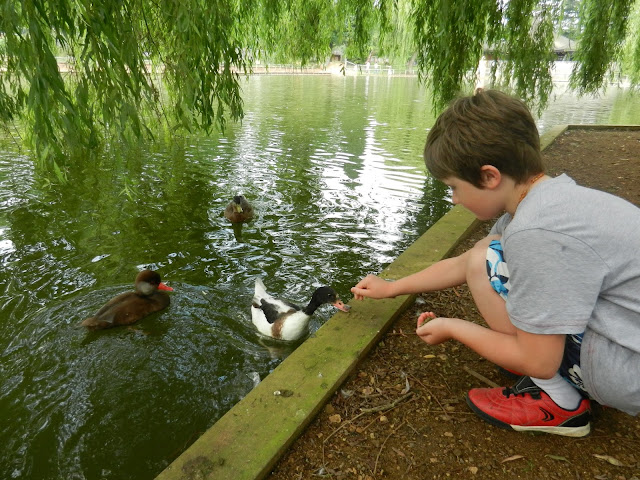 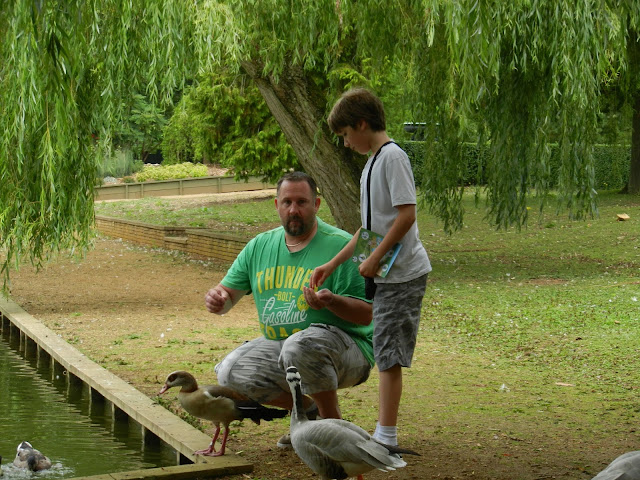 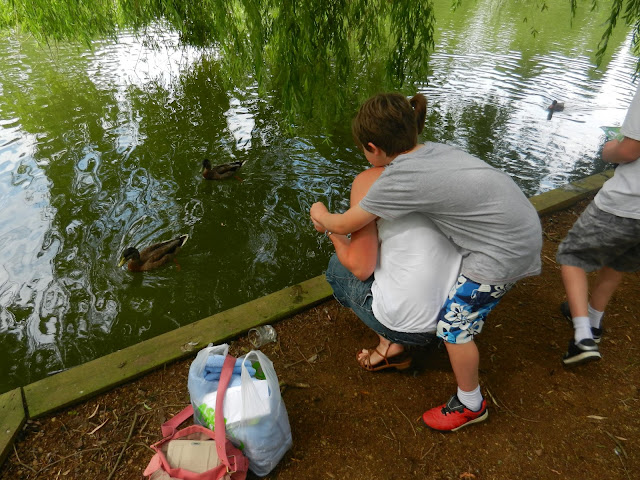 Every now and then there was an activity point. This one was about how fast birds flap their wings. You had to press the timer and see how many flaps you could do in a minute. The boys flapped twice as fast as an Owl! 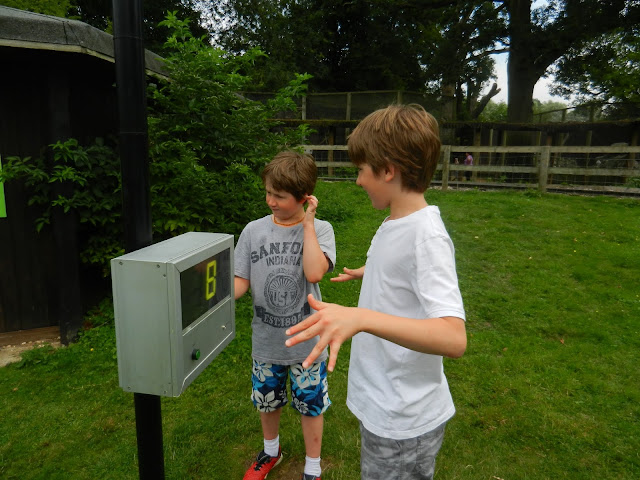 This one was about how fast we run compared to other animals. I am not sure it is very accurate though! 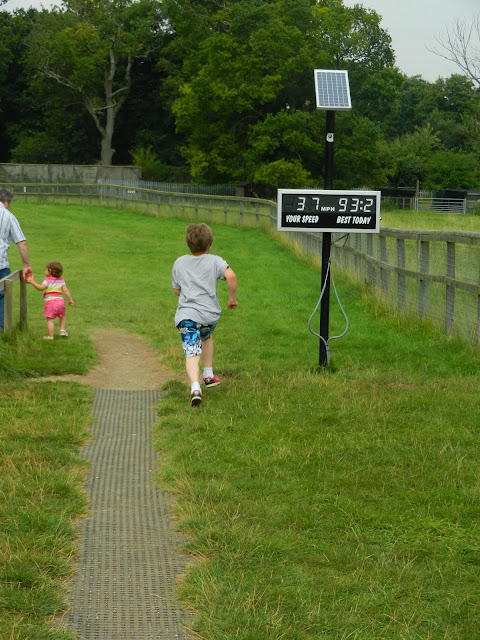 We played in a couple of parks they have dotted about. 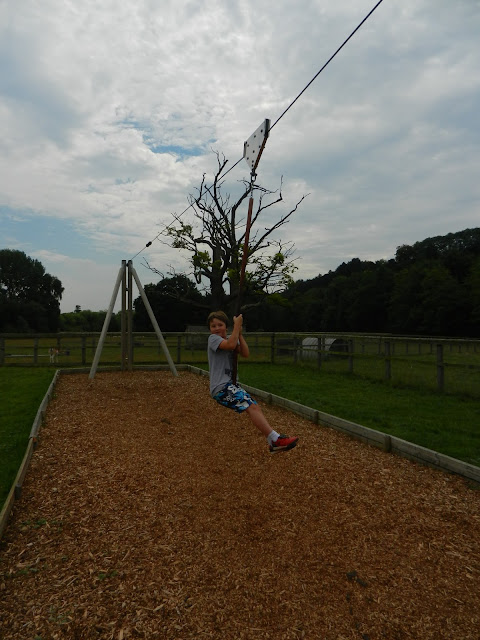 We took swimming stuff so that the boys could go in the big paddling pool. It was great. as big as a swimming pool but only as deep as a paddling pool! They spent ages running about in here! 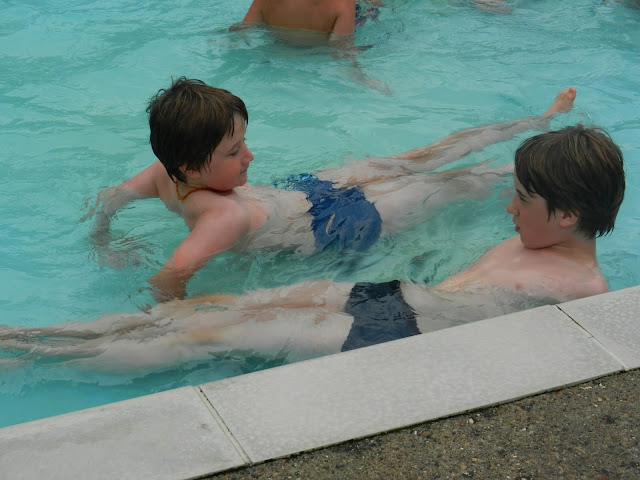 Another play in a different park. 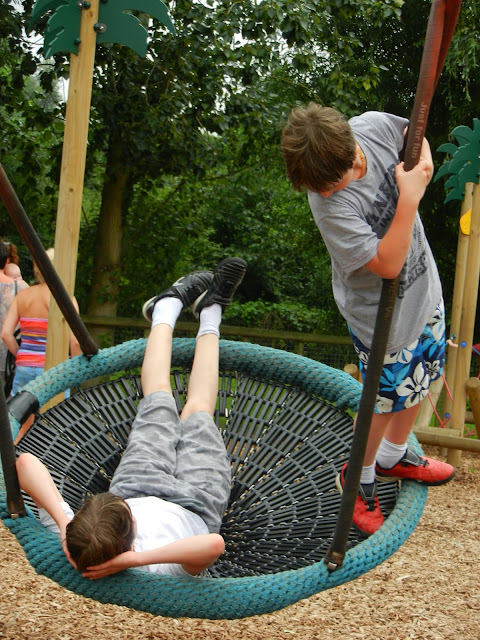 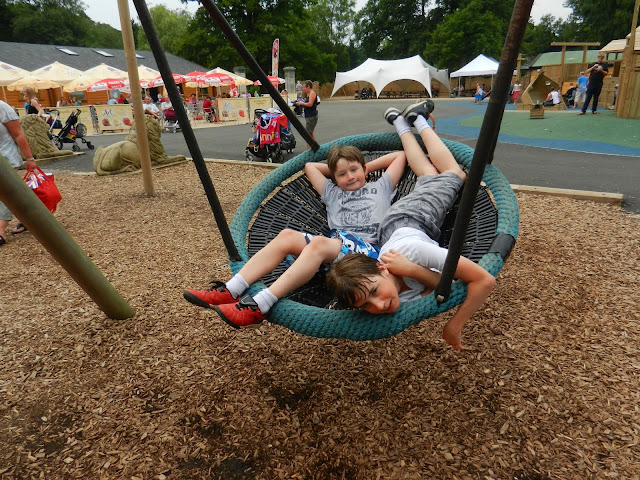 We enjoyed a ride around the park on a train! 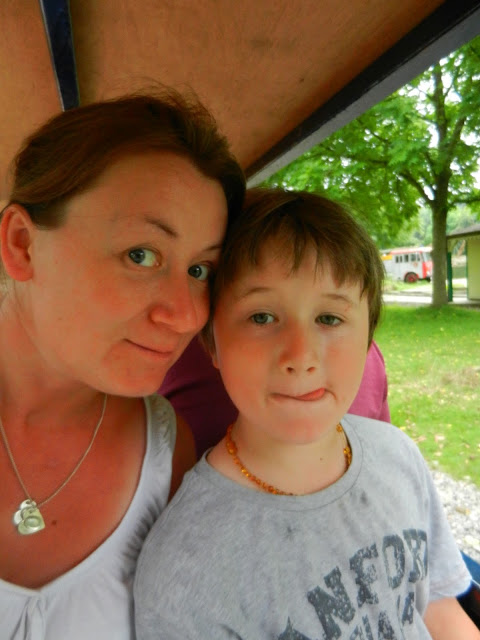 Found another activity spot. This was about Flamingos and how they can stand on one leg for hours! The boys challenged daddy! 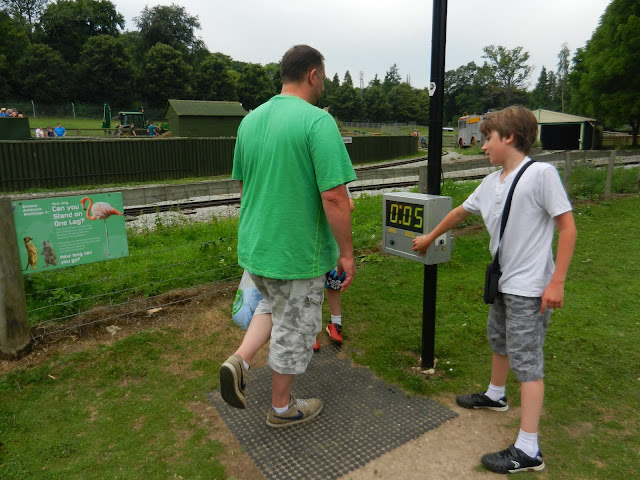 We found a baby Meerkat which was a real treat!! 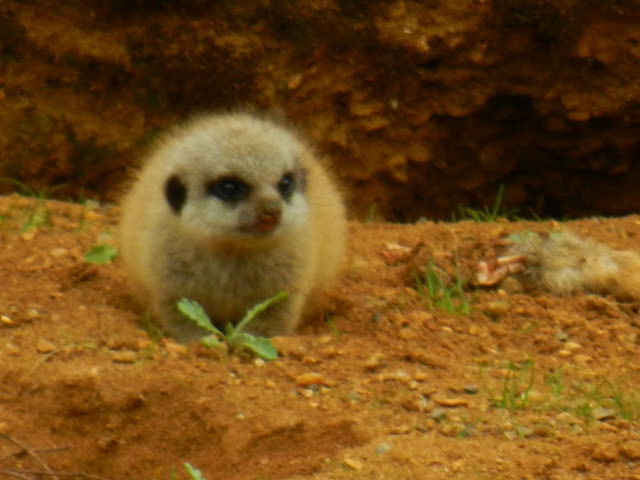 We had a really lovely day and the boys were so well behaved. I told them how proud of them I was.