Last day of week 3. I can not believe the holidays are almost half way through already 🙁
Today we enjoyed some Train play! 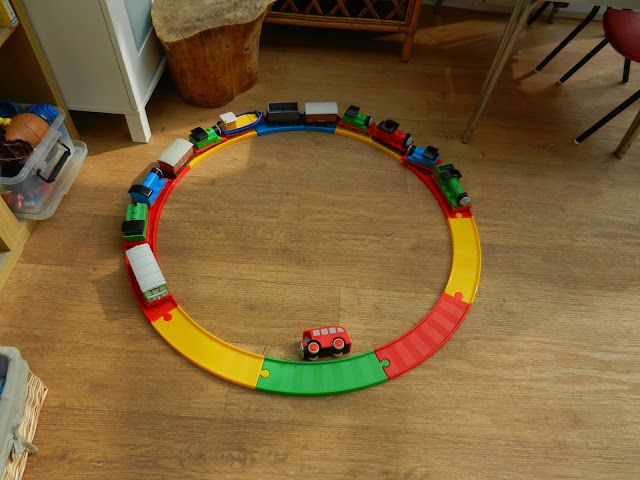 I set up an “Invitation to play” in the garden. Lots of mess! I added 3 tubs of things to add to the potions or Cooking” that might take place. They contained Lentils, coconut and rice. 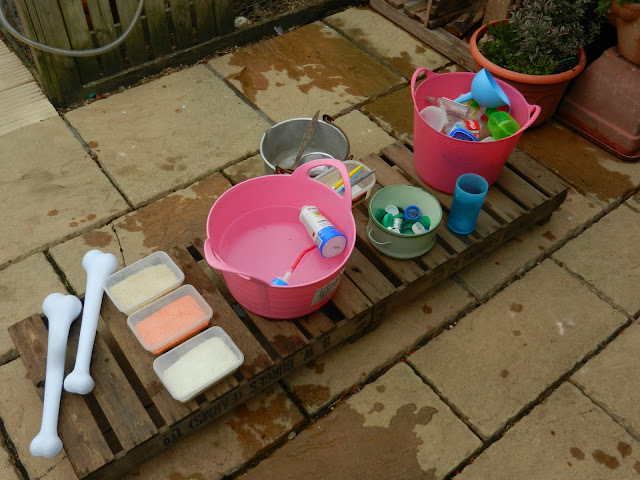 Kenzie got stuck in very quickly. He never liked messy play as a toddler or Pre-school child but we do so much now and he loves it! He makes so much mess but is completely lost in his world of mixing and creating! 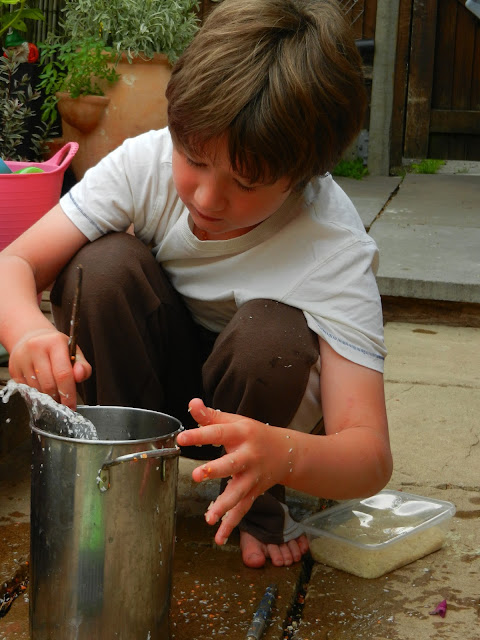 Brendan made a coconut meal for the chickens! 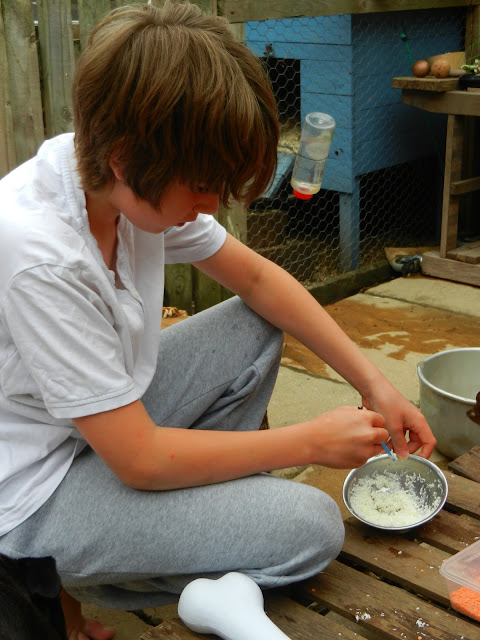 Then he fed it to them! 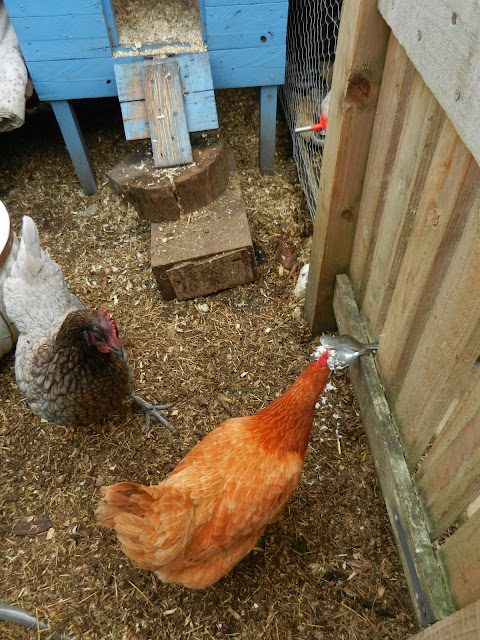 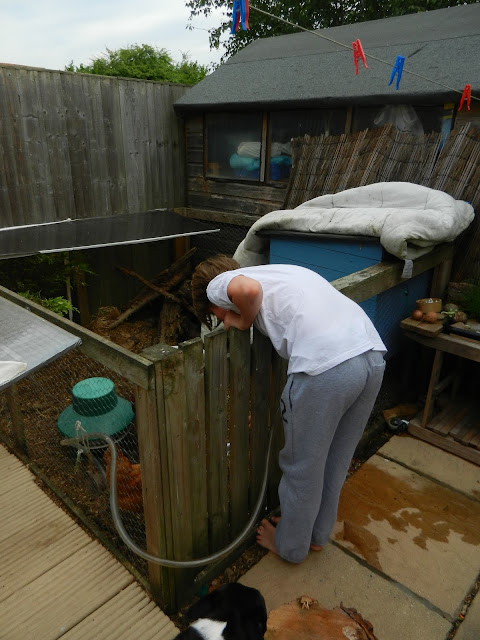 Little “X” played with the cars in the garden. 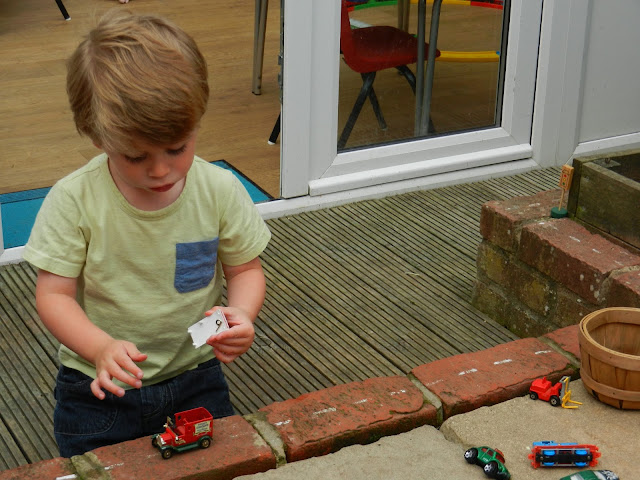 Brendan and Kenzie worked on a feeding system to distribute their coconut mix to the chickens. It involved a funnel, plastic tubing and water! 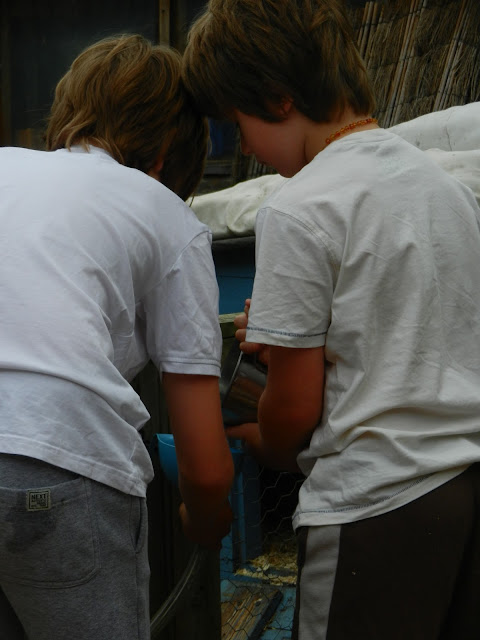 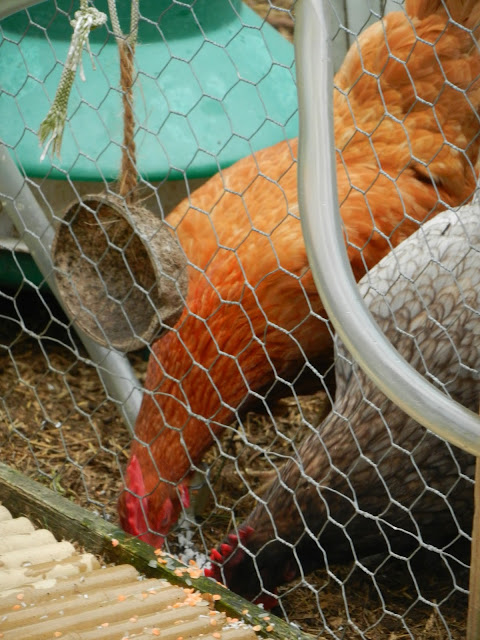 Lots of lovely mess! Took me ages to clear the garden this evening! But worth it for the hours of fun it provided! 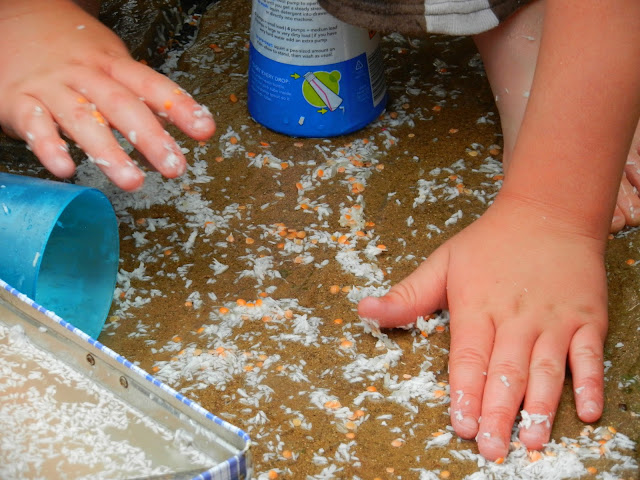 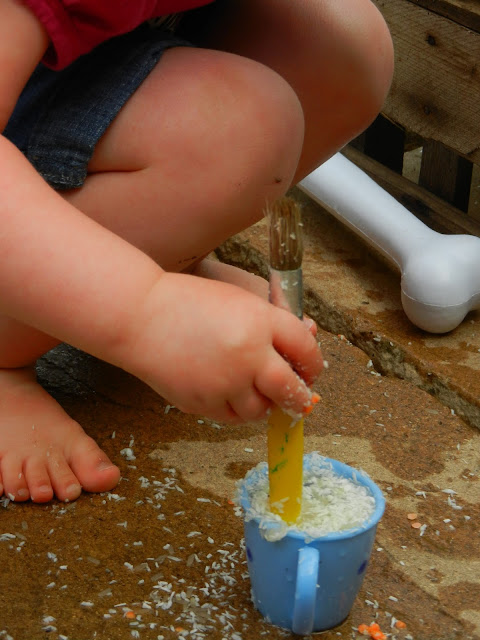 We had a lot of birds at the bird table today. 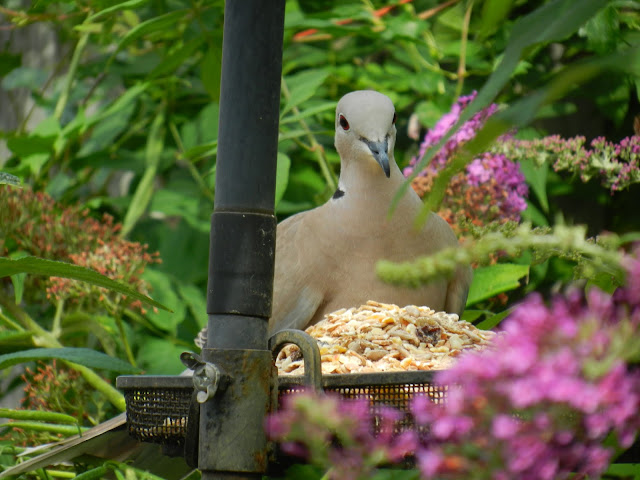 The Sea creatures got lots of splash time in a bucket! 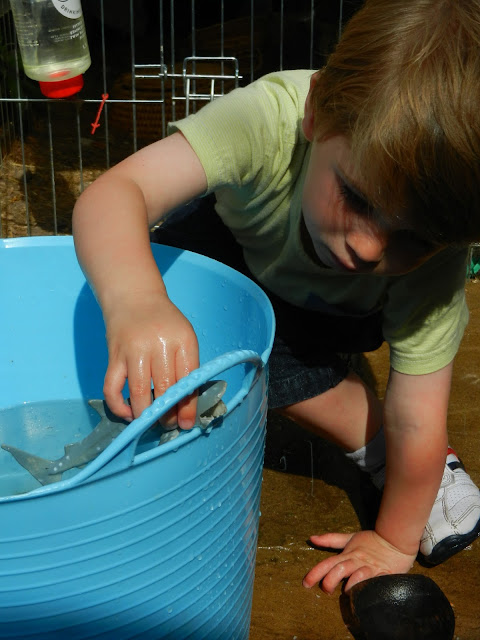 Brendan told his friend all about the Butterflies on the Buddleia and how they use their proboscis to get at the nectar. He pointed out the 2 different Butterflies that were on there. 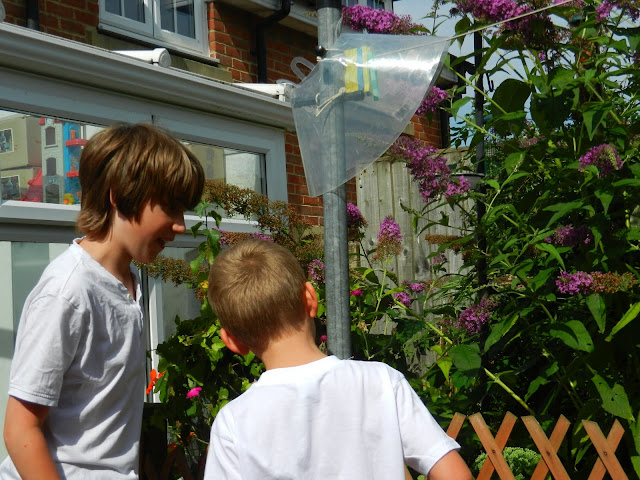 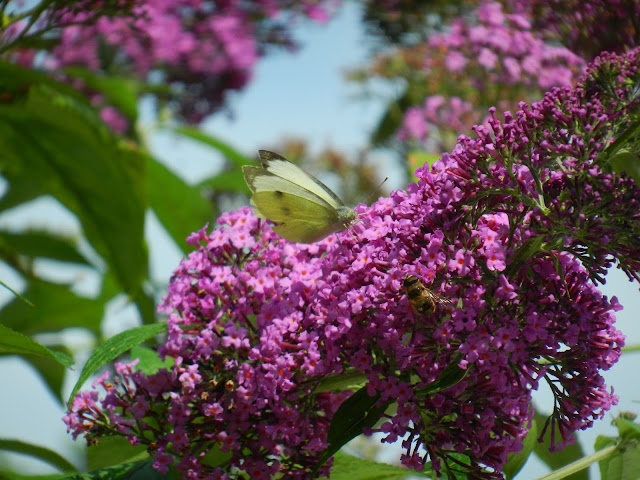 We are working on turn taking and playing together at the moment and I have been playing some simple games with the little ones. This was the shopping list game from Orchard toys. We love their games and this one is so simple. I had 11 year olds playing it with me today as you never seem to outgrow it! 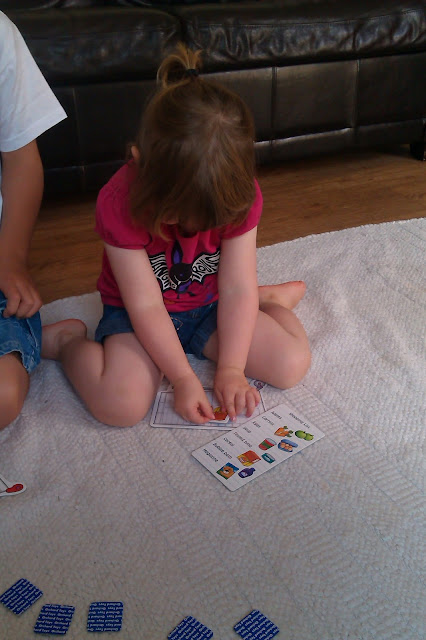 The little ones worked really hard at matching the cards to their shopping list and telling me if the item is on their list! They even wanted to help their friends by showing them where their cards were if they knew. 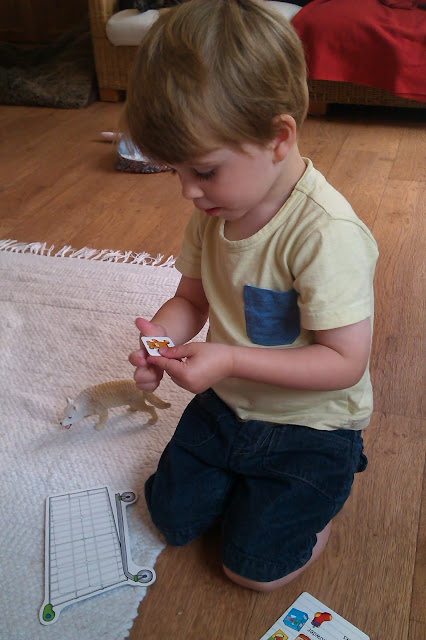 We also played the Rocket game. 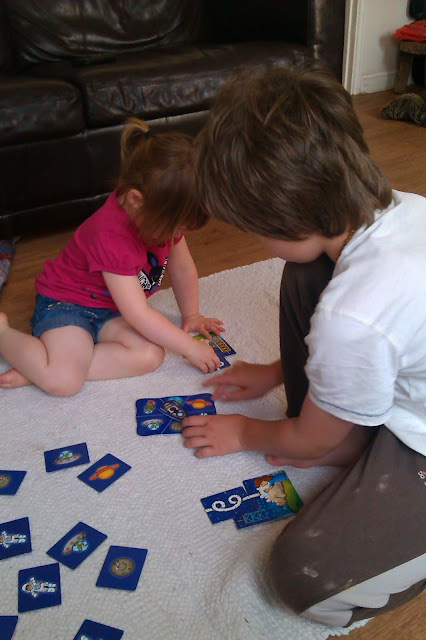 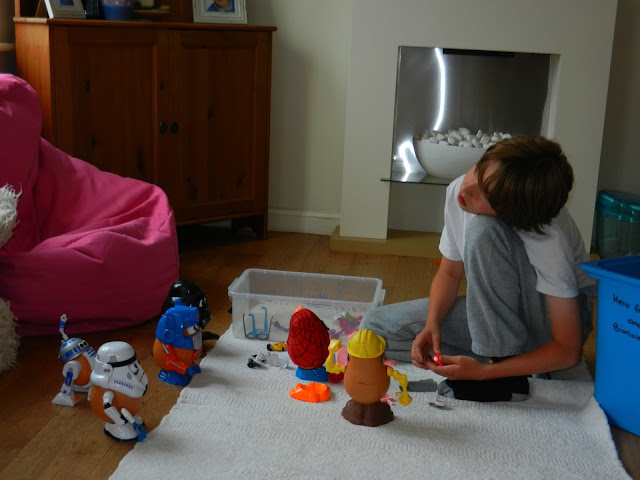 Kenzie set up a Potato head show.. I had to buy a ticket and he put on a show for me! I was not allowed to take in my camera though… copyright and all that! 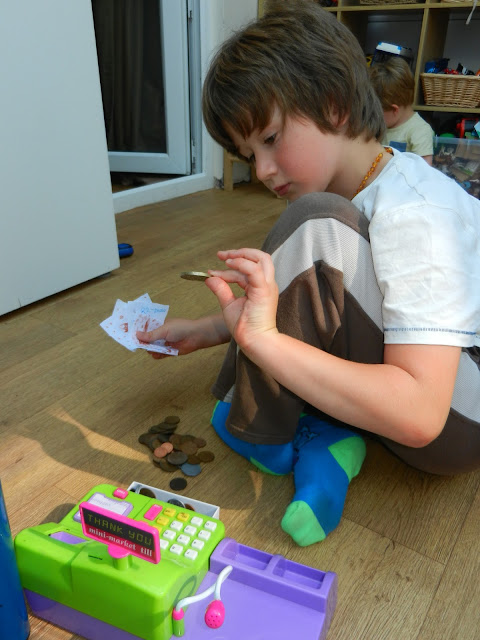 This was his ticket office…. he looked a bit cramped! 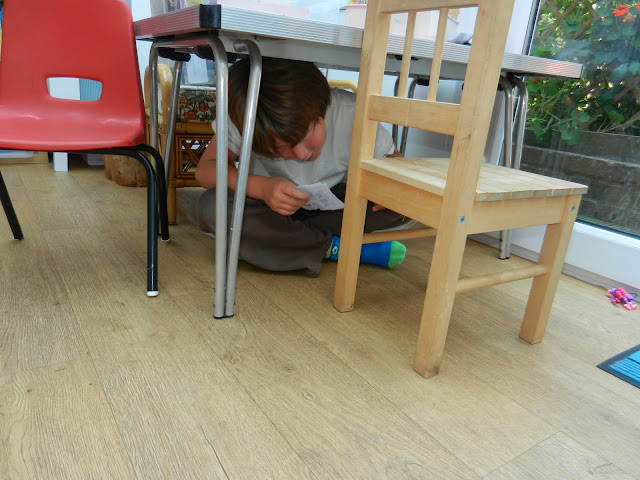 While I was enjoying some theatre, Brendan was in the garden learning how to make a syphon! He ended up feeling a bit sick as I think he swallowed soapy water! He was out there for ages transferring water from one bucket to another! 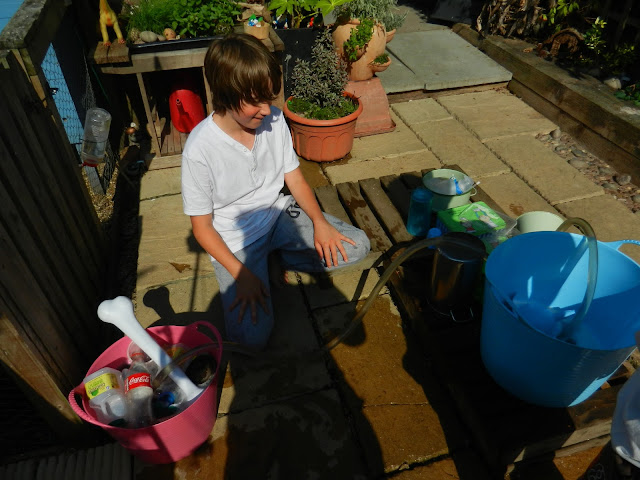 Kenzie set up a guide for his theatre. I like the look of Area 7…. The PUB! 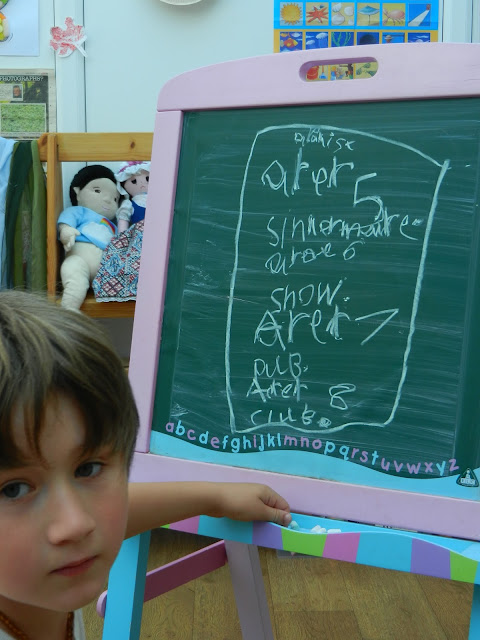 We had a lovely surprise through the door as well. Pacey have sent us some cute play food and a sweet hand written note. Thank you!! This will be very much loved and played with! 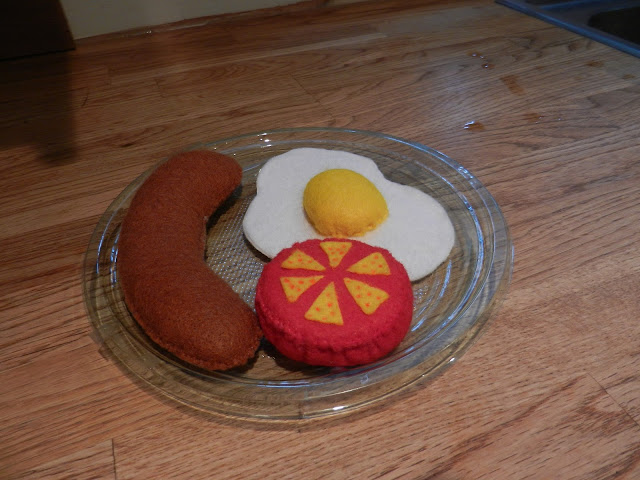 THIS WEEK SO FAR!