This week we started our Pets project. We kicked it off with looking at our pets and talking about pets we had or our families or friends had. We felt that this was a good topic to look at as the children have been talking a lot recently about pets and vets due to the very sad loss of both our chickens and our rabbit within the space of a month. Heart braking as it was we have used the sadness to talk about how to keep our pets healthy and what happens if they do get ill or old.
We set up a Vets role play area with the Dr’s kit, vets dress up, soft toy animals, old medicine bottles, plasters and bandages, a clipboard, paper and pen and  little baskets and blankets.
I set the scene and then waited for the children to arrive. 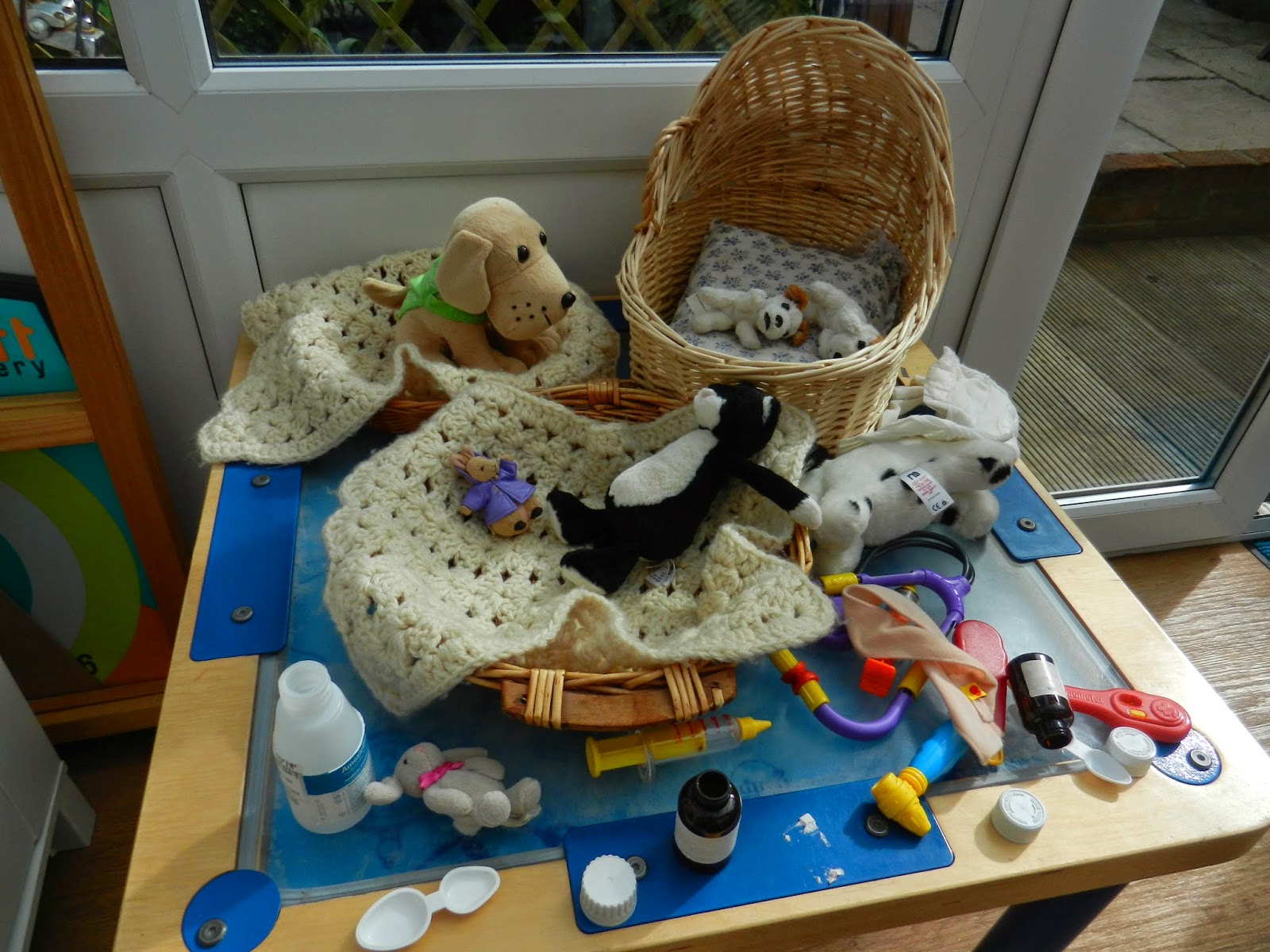 Little “X” brought his toy cat with him and placed it in the vets waiting room while he started on all the other animals waiting for him. He used the different pieces of the Dr’s kit to check out each animal and told me what was wrong with each one. Using his imagination to describe how it had a tummy ache or a broken leg. 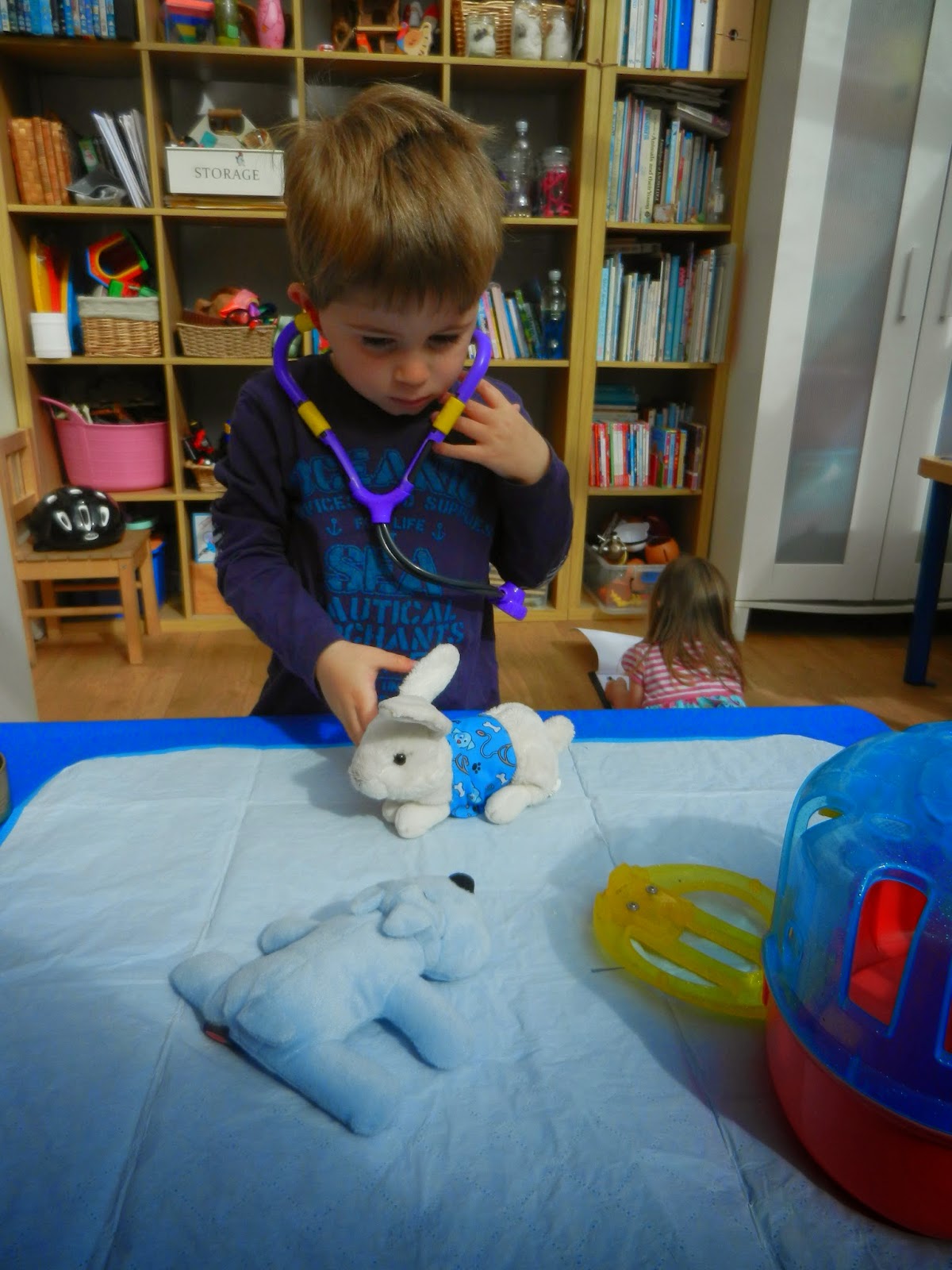 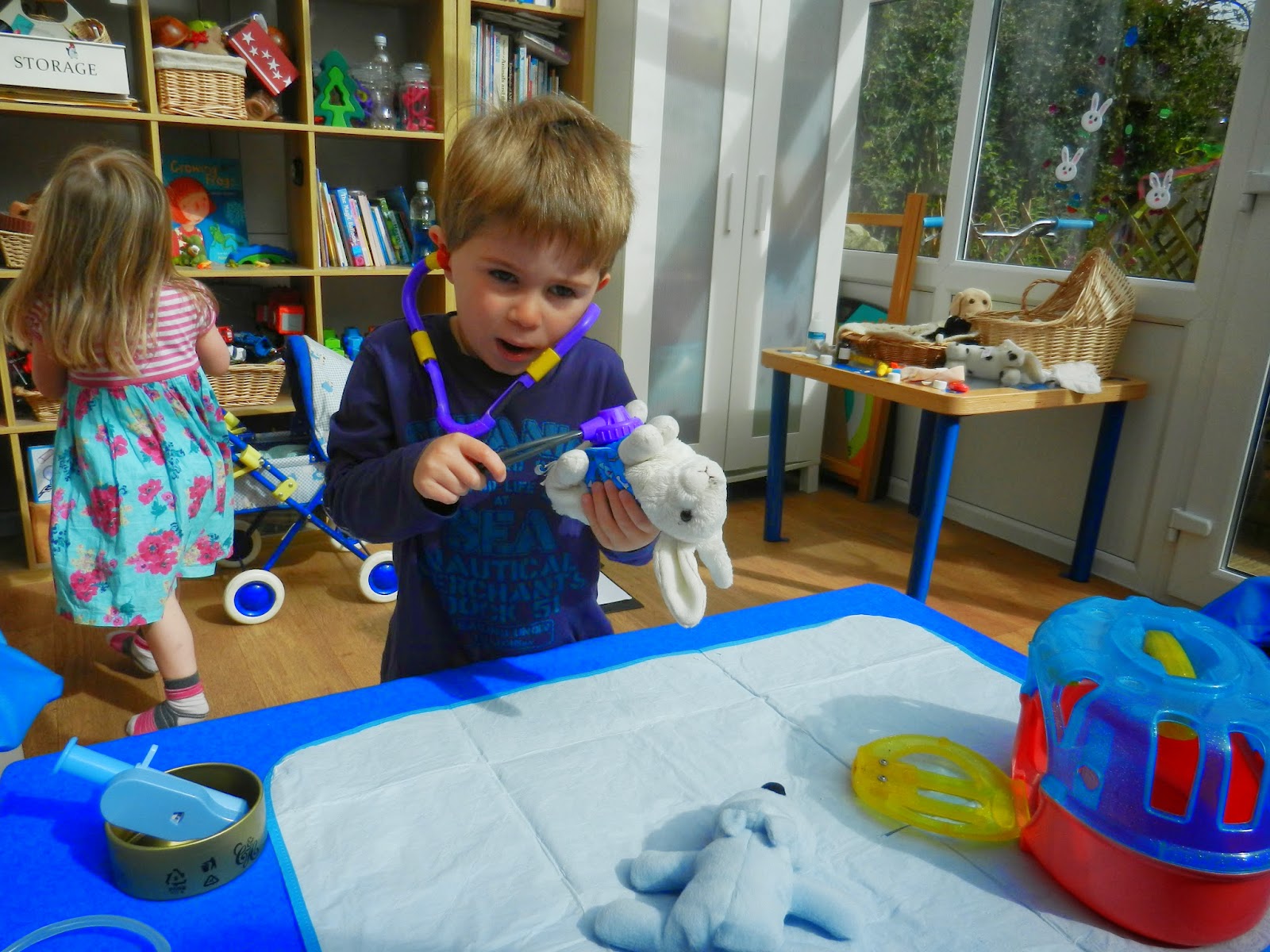 He took their temperature, bandaged them up, listened to their heart. 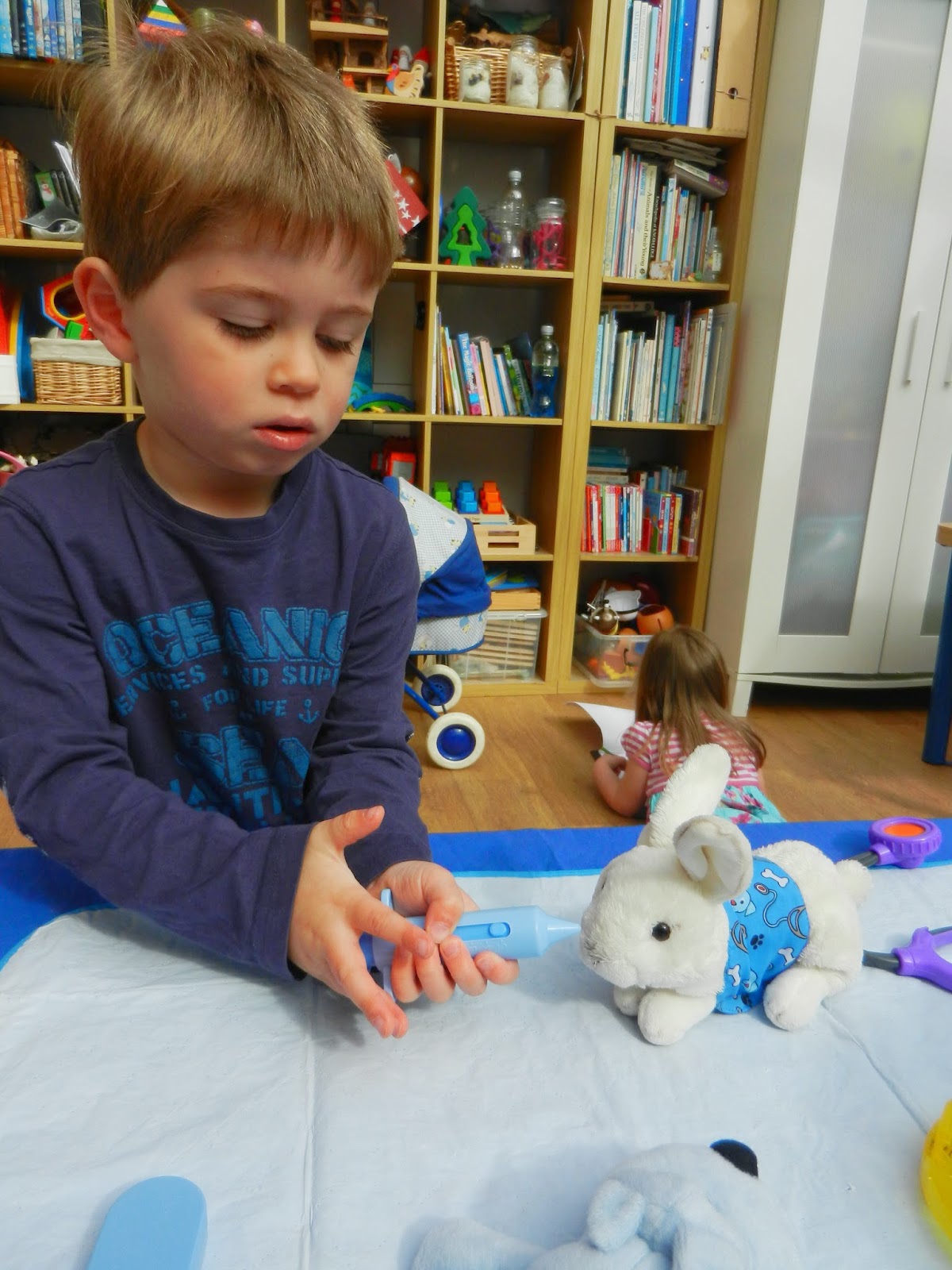 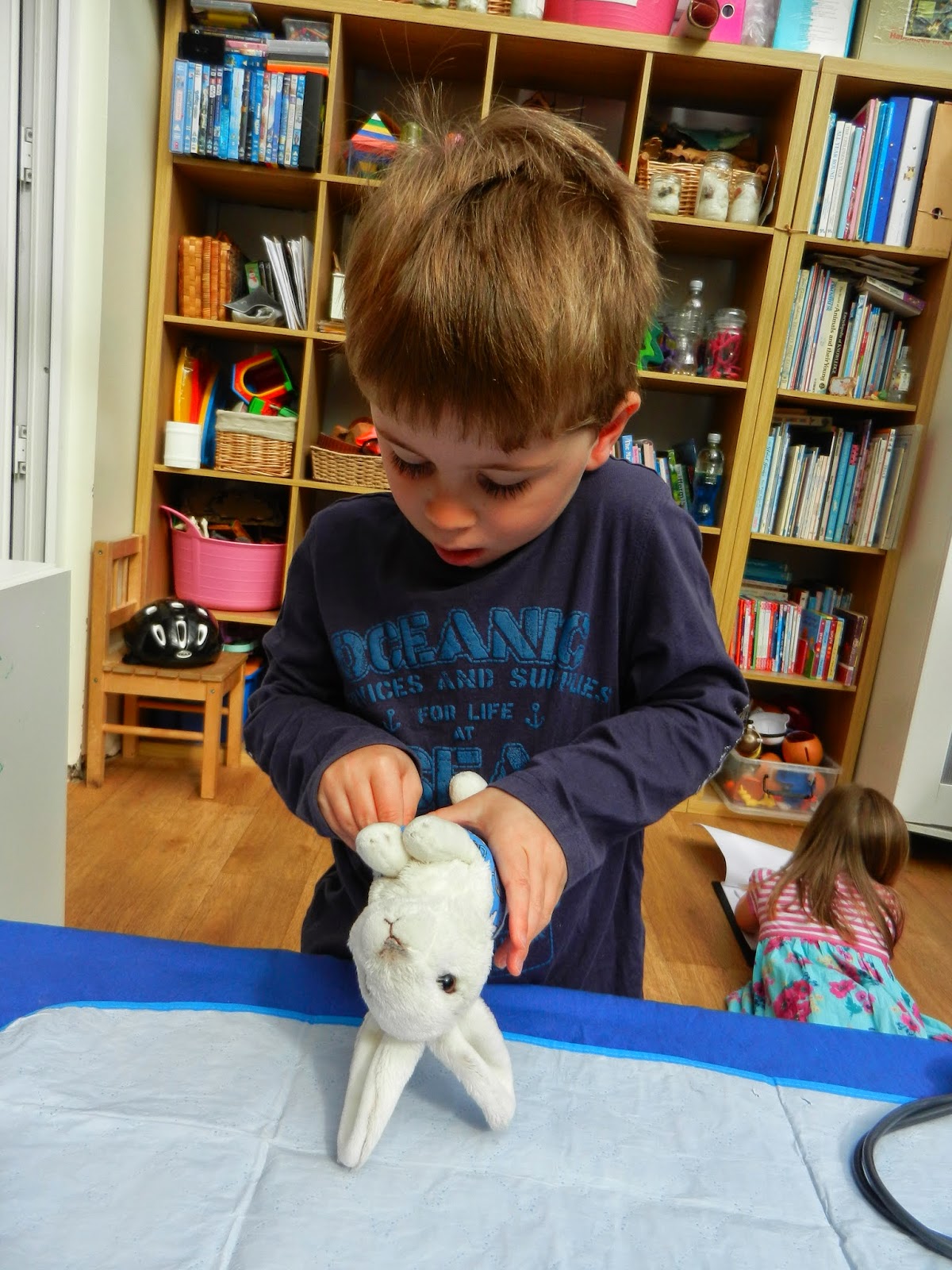 Little “L” joined them and started to make notes on the clipboard for him. Looking for the picture of the animal that matched the one they were treating. Making marks and telling me what they were. 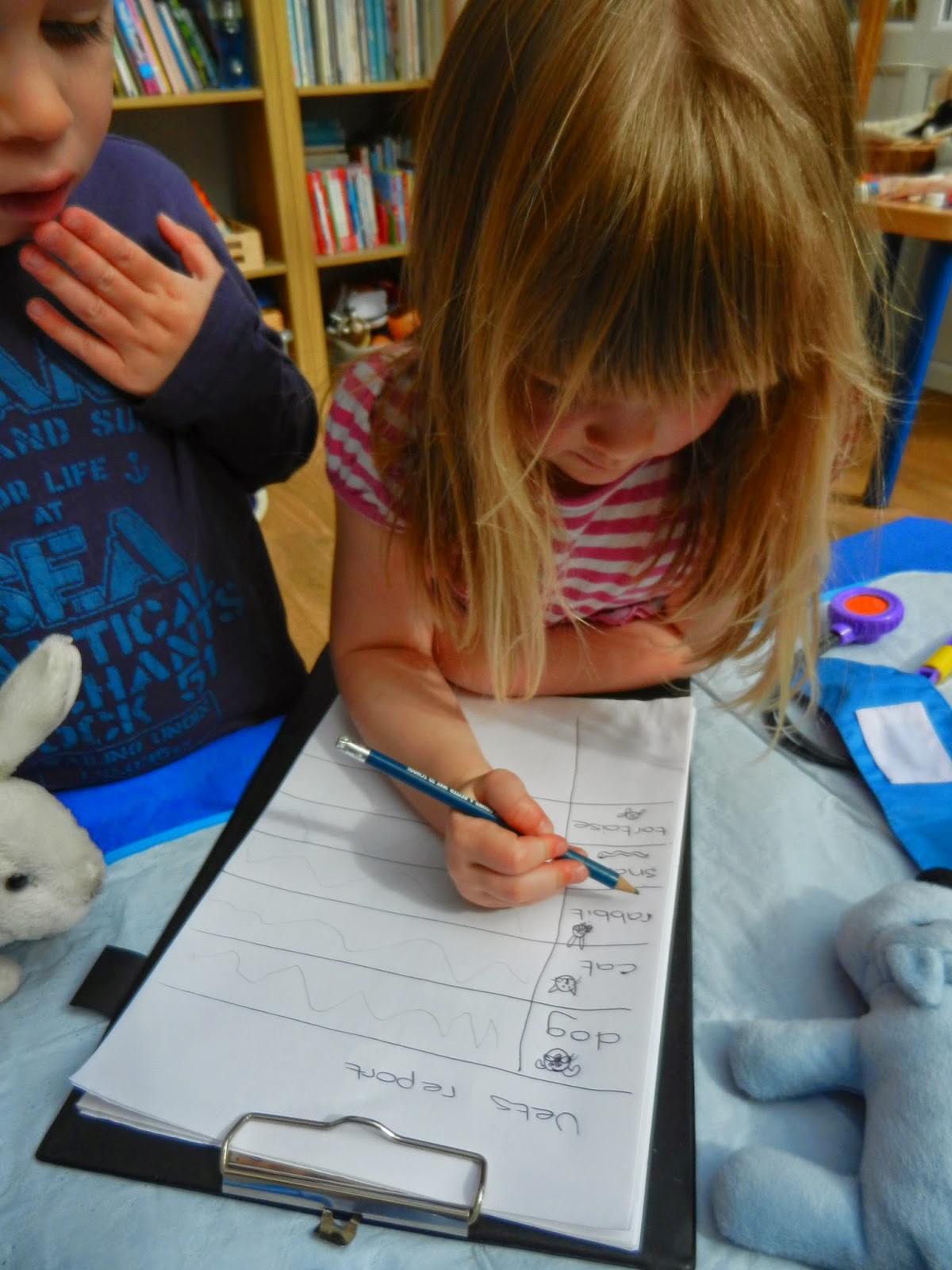 Both of them worked together and played really well alongside but also together. Including each other in their play and sharing their ideas. Taking on roles and settling issues with language rather than aggression or upset.

Personal, Social and Emotional- Making relationships- 30-50 months
• Can play in a group, extending and elaborating play ideas, building up a role-play activity with other children.
• Initiates play, offering cues to peers to join them.
• Keeps play going by responding to what others are saying or doing. 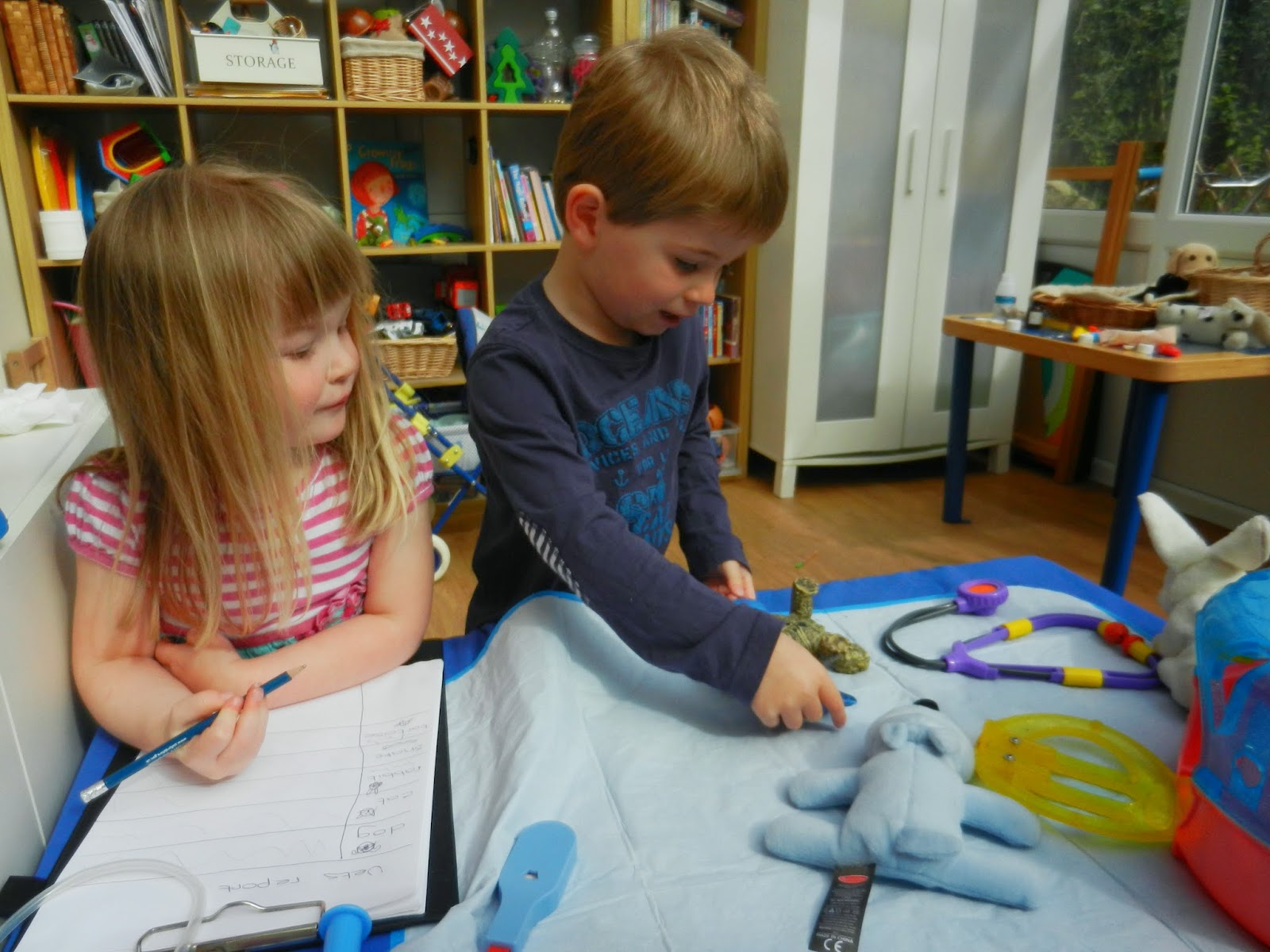 Little “L” noticed numbers on the thermometer and as I pointed to each one and told her the number, she made a mark on her paper and repeated the number name. 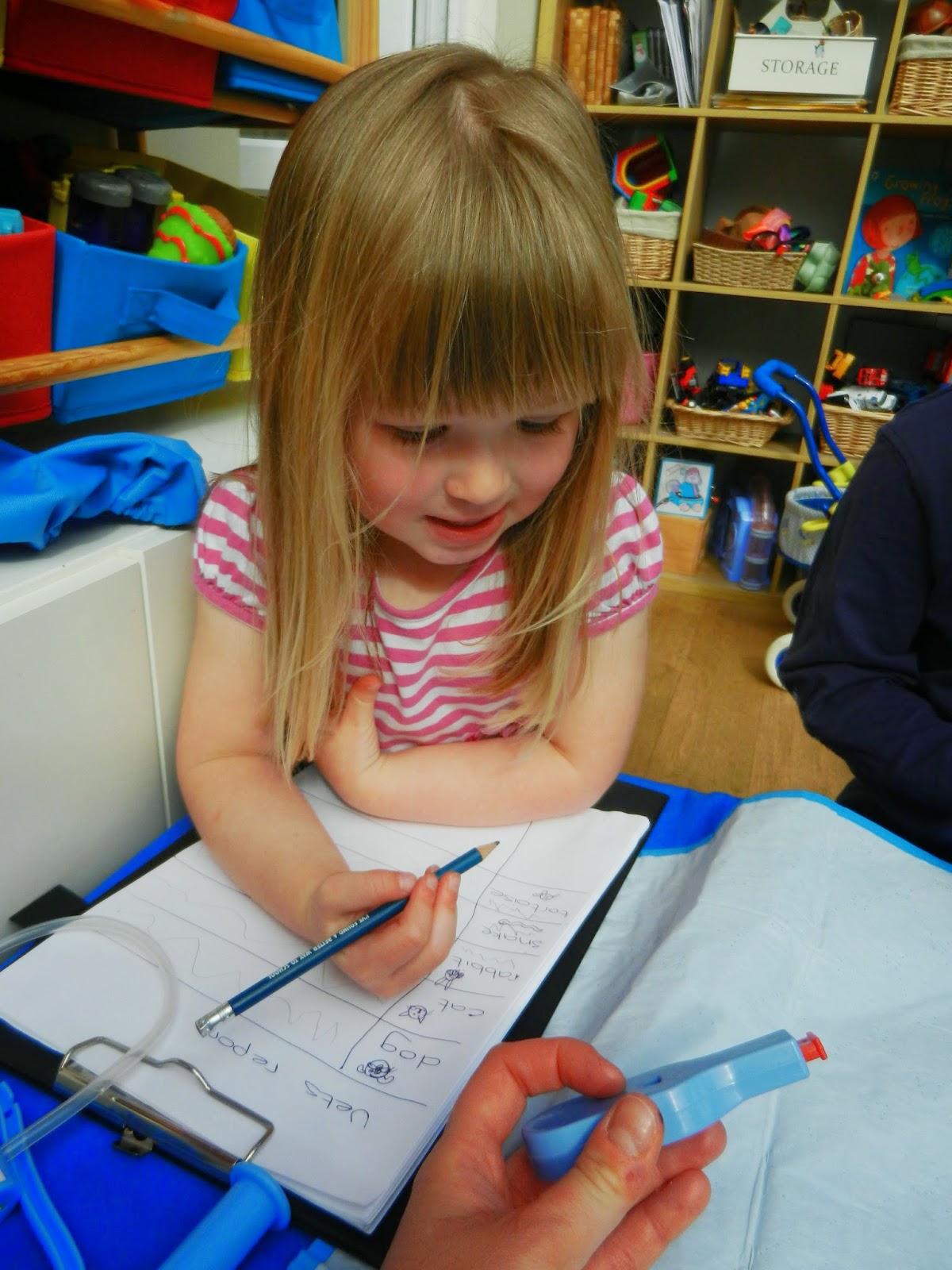 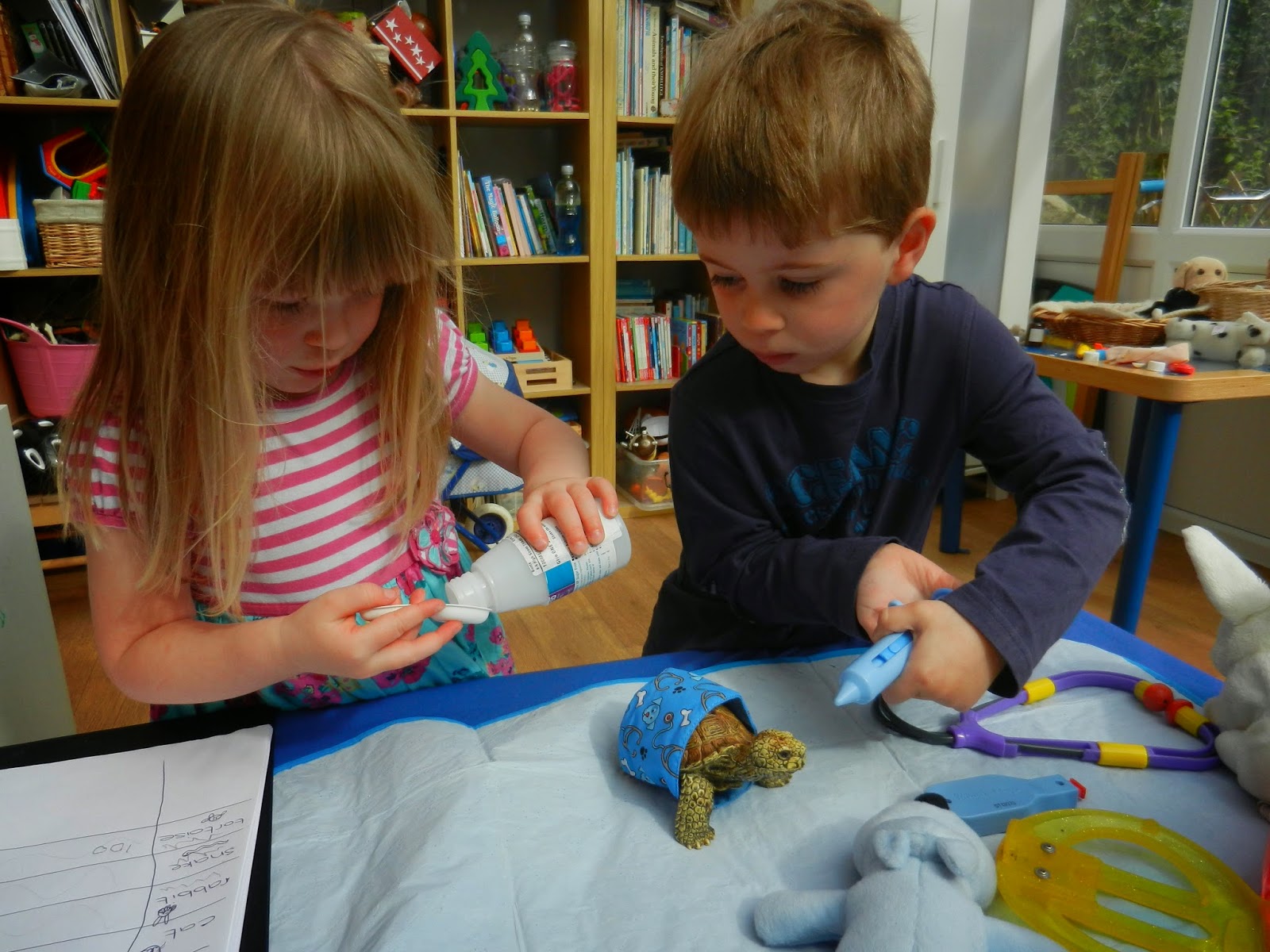 Little “X” started to make notes as well. He also looked for the animal picture before writing in the corresponding box. 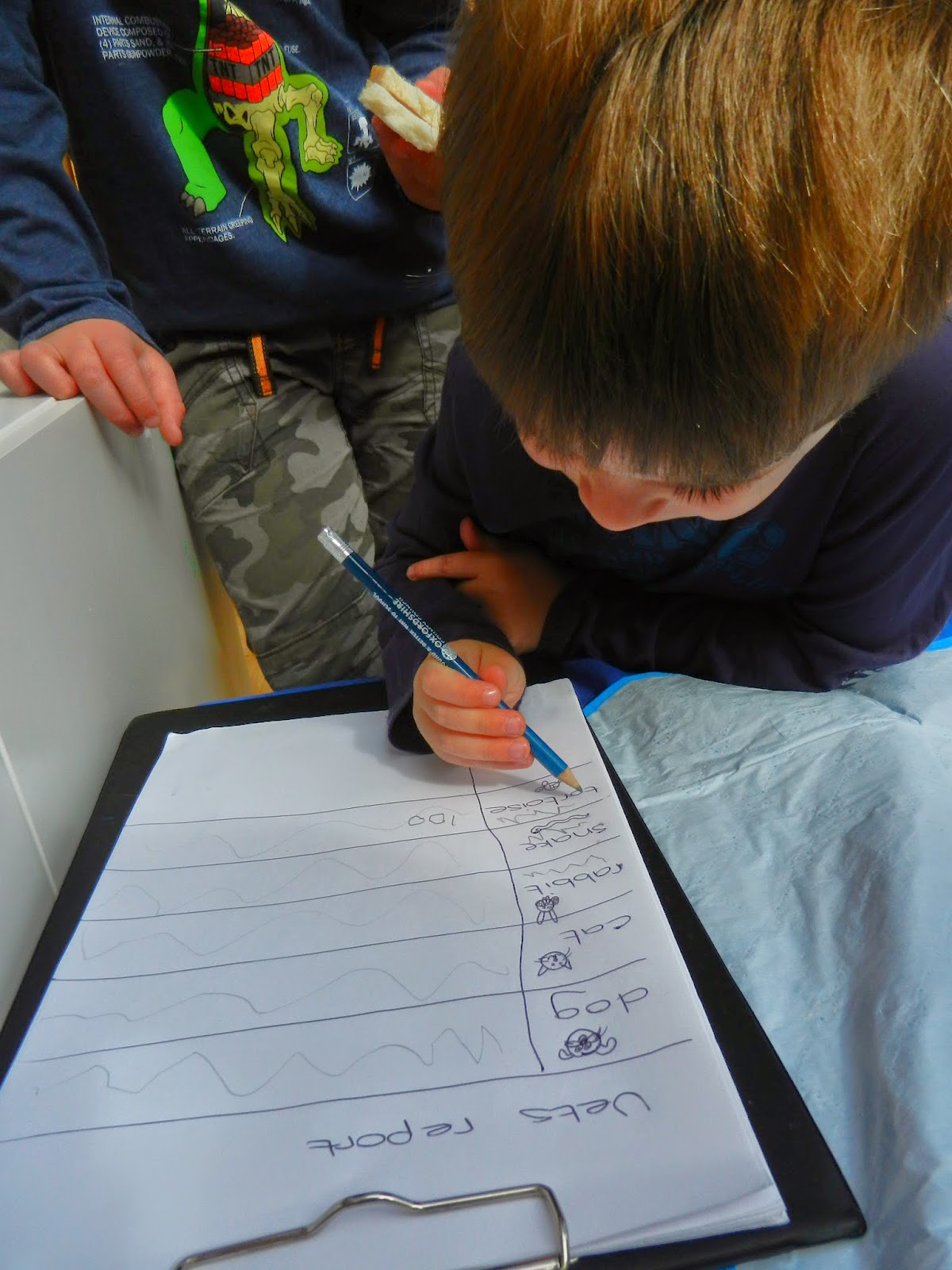 Eventually “X” got to treating his cat! 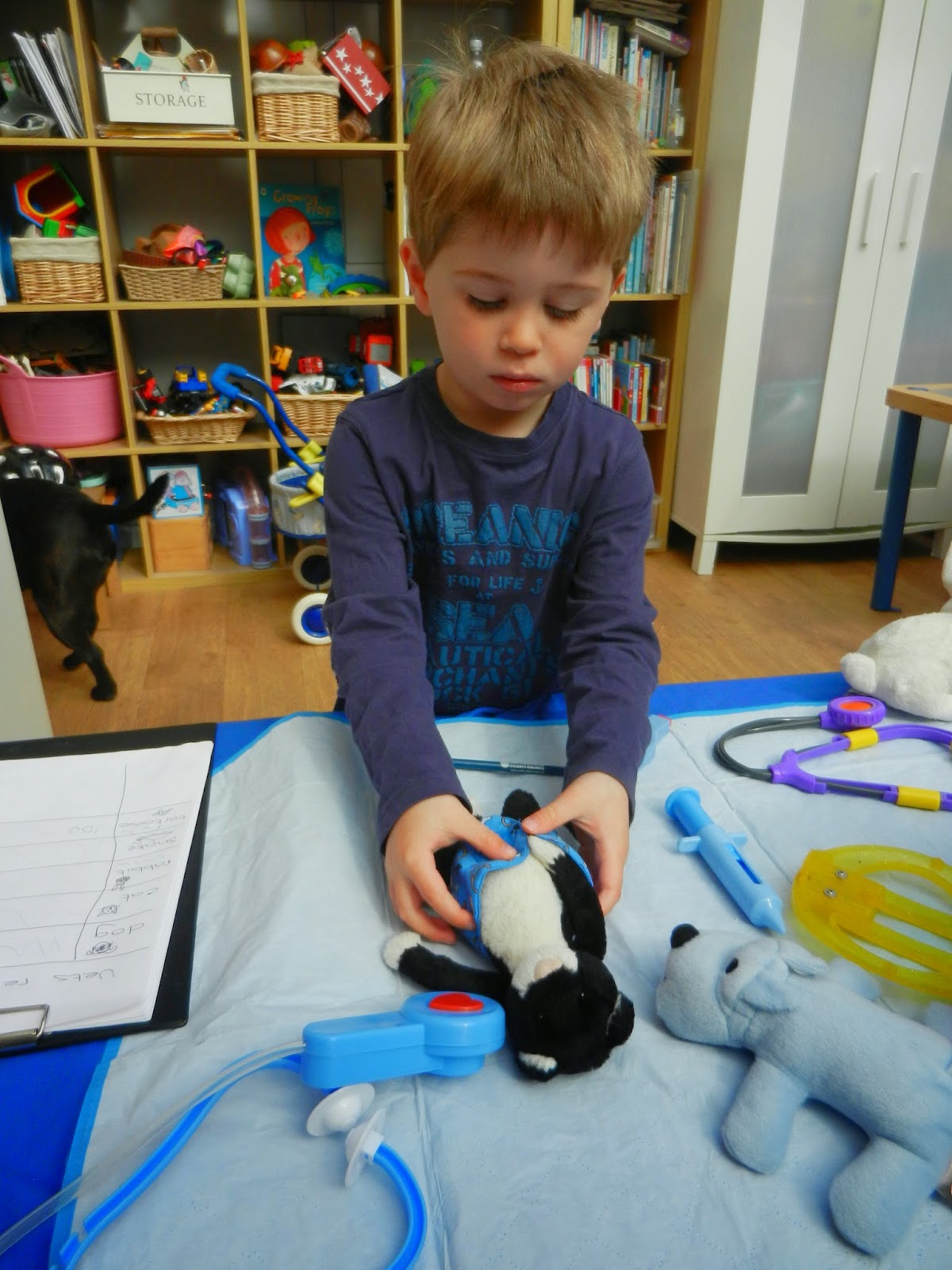 Little “L” brought her Piglet to the vets to be treated as well! 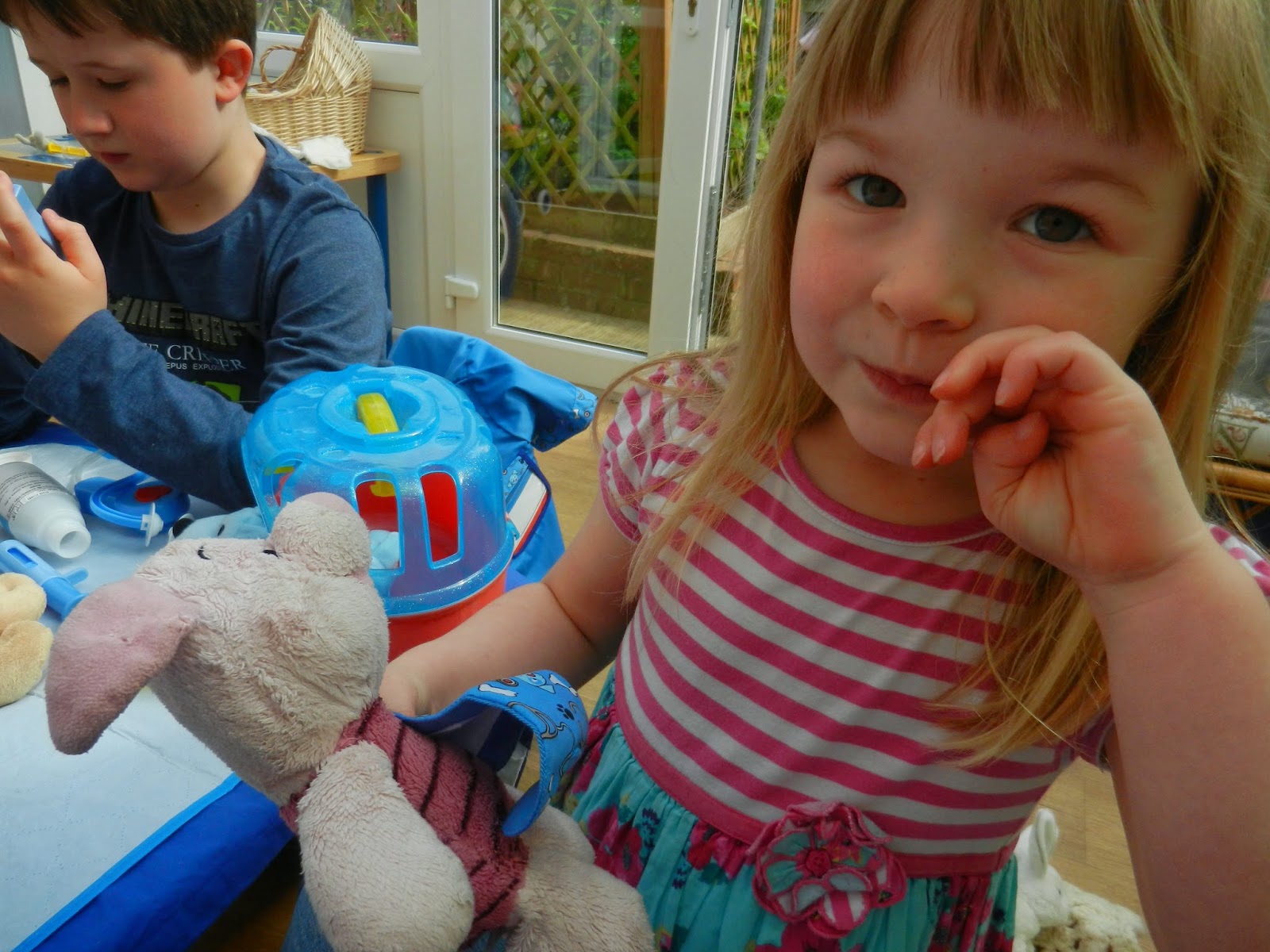 The animals that had been treated were put in the recovery area! 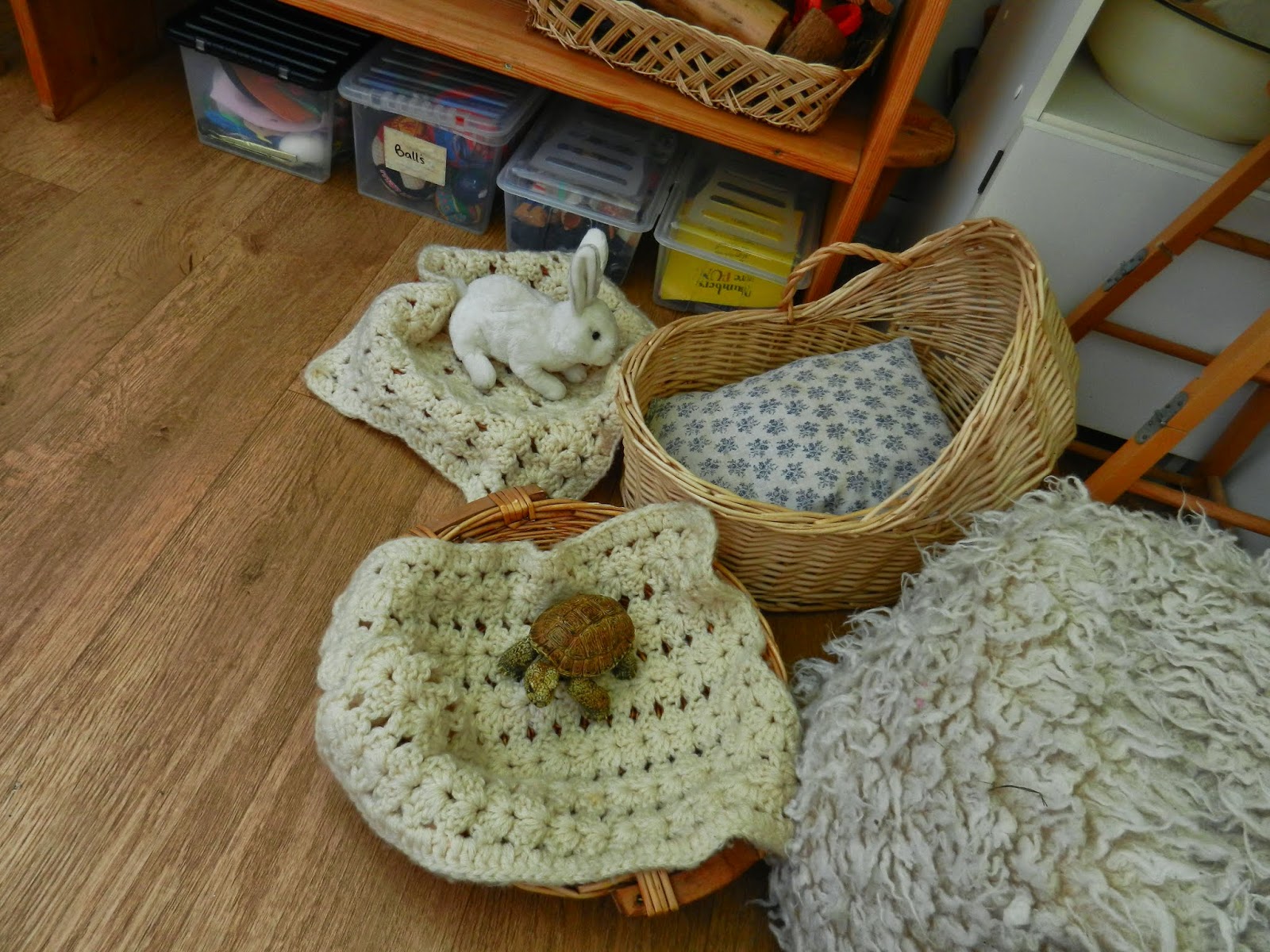 Kenzie came to help as well. 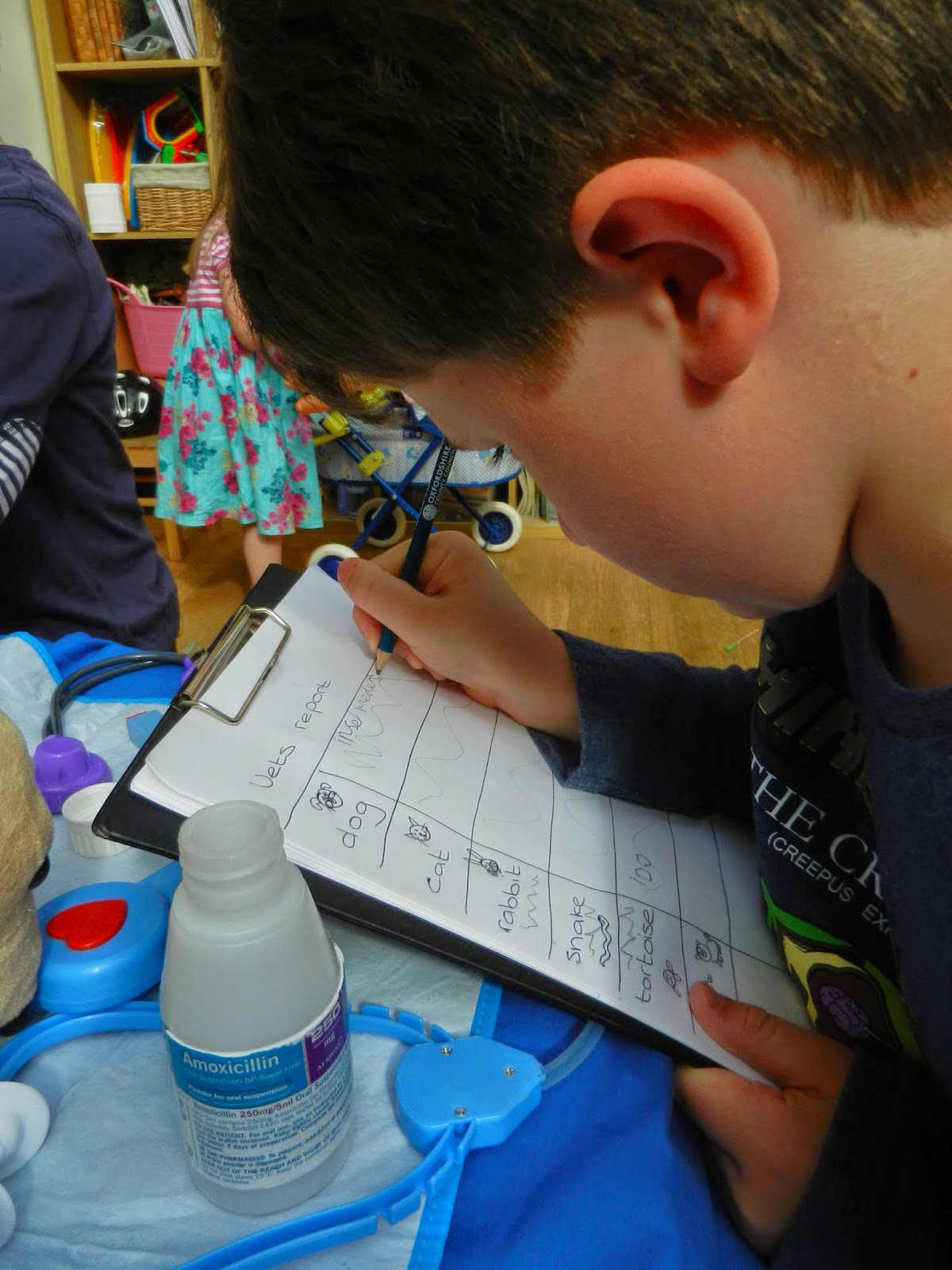 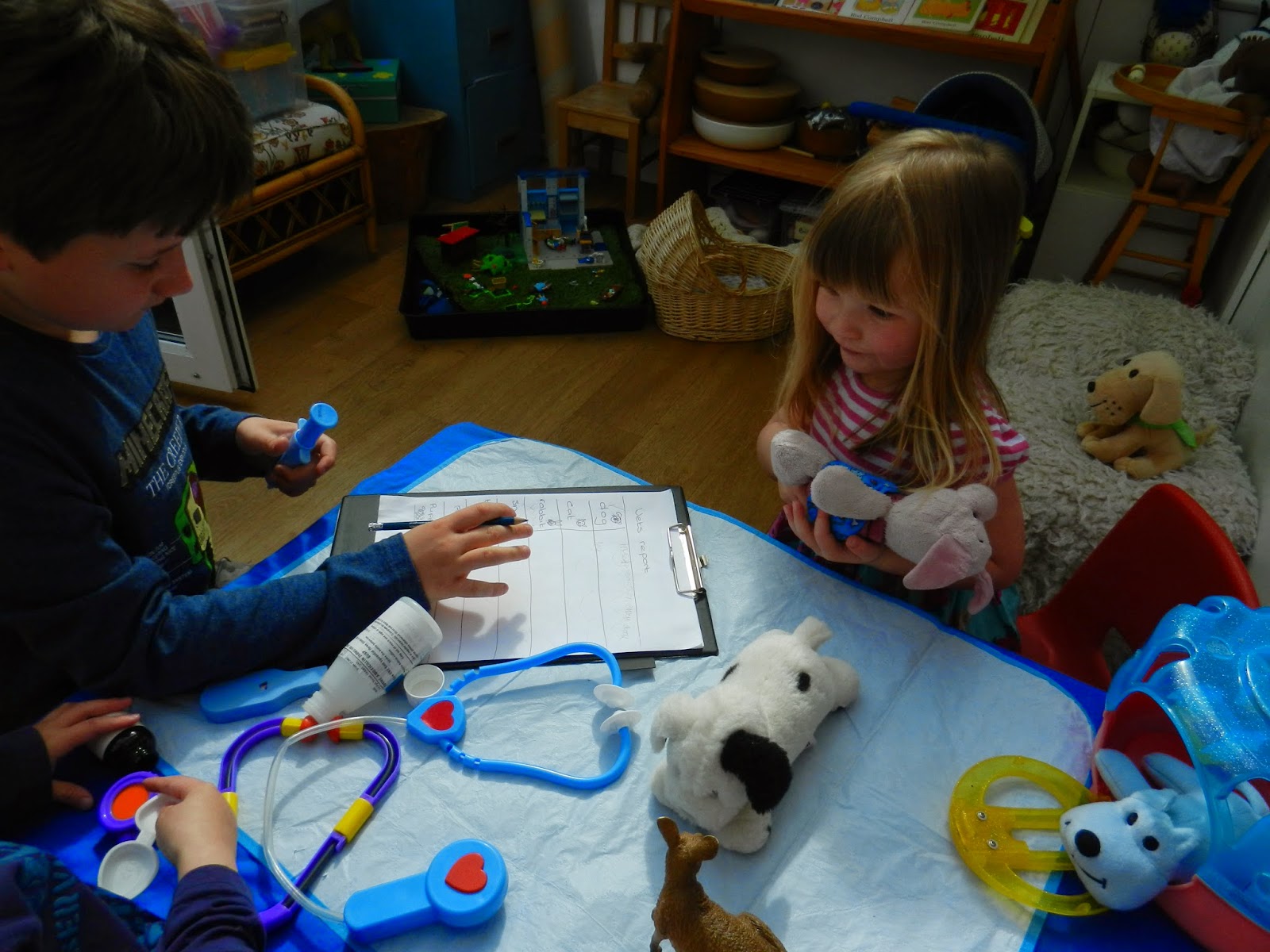 Kenzie got Toothless, our Bearded Dragon out to show the younger children. He talked to them about his spikes, his beard that puffs up and they also talked about what he eats. The children enjoy watching him eat the meal worms and cockroaches. Some of them have been brave enough to hold them as well.

Kenzie and “X” both held meal worms and hand fed them to Toothless. This created much giggling!

“X” talked to me about his Bearded Dragon and how one of them (Gandalf) had died. But he still had one left. 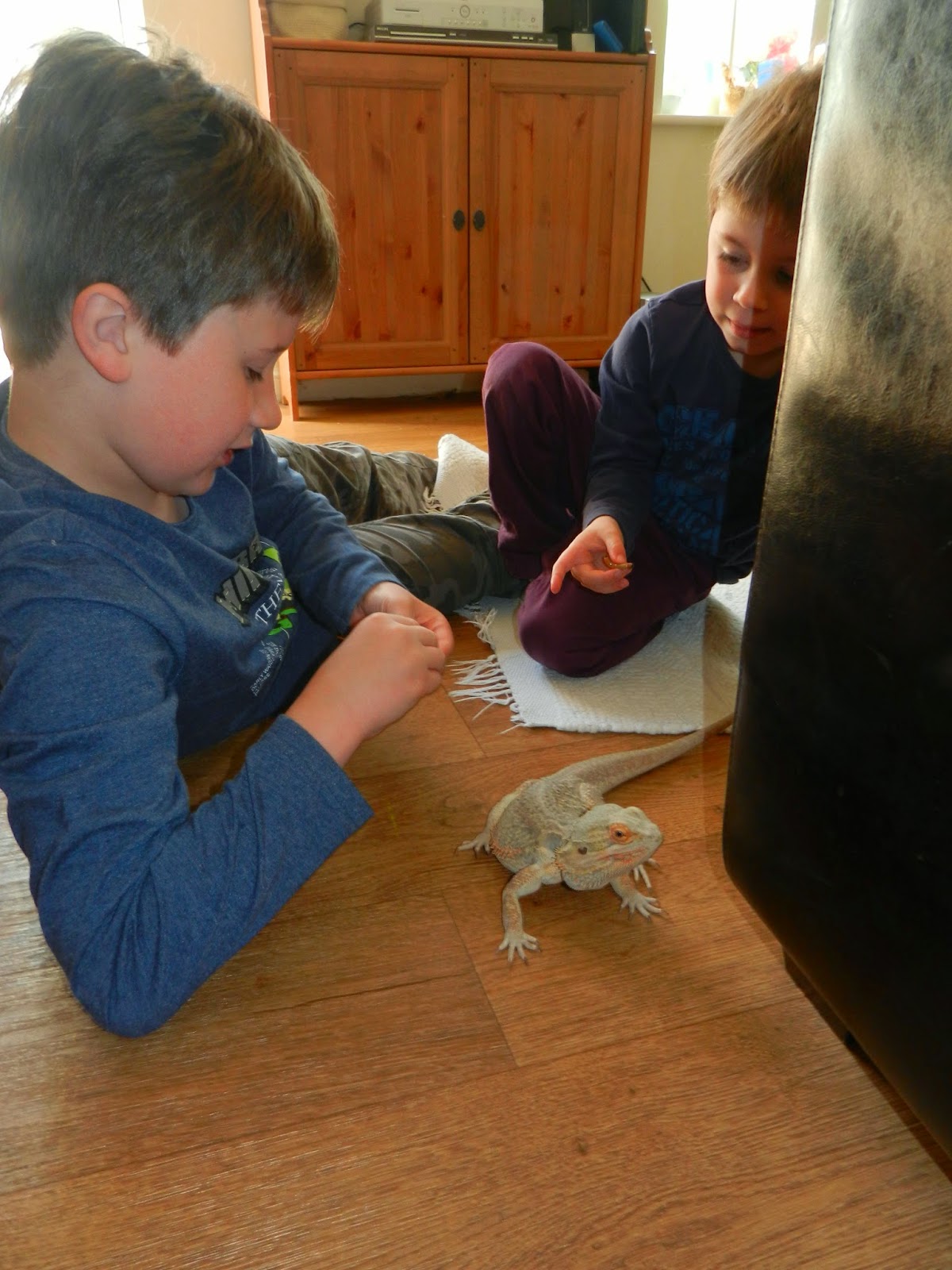 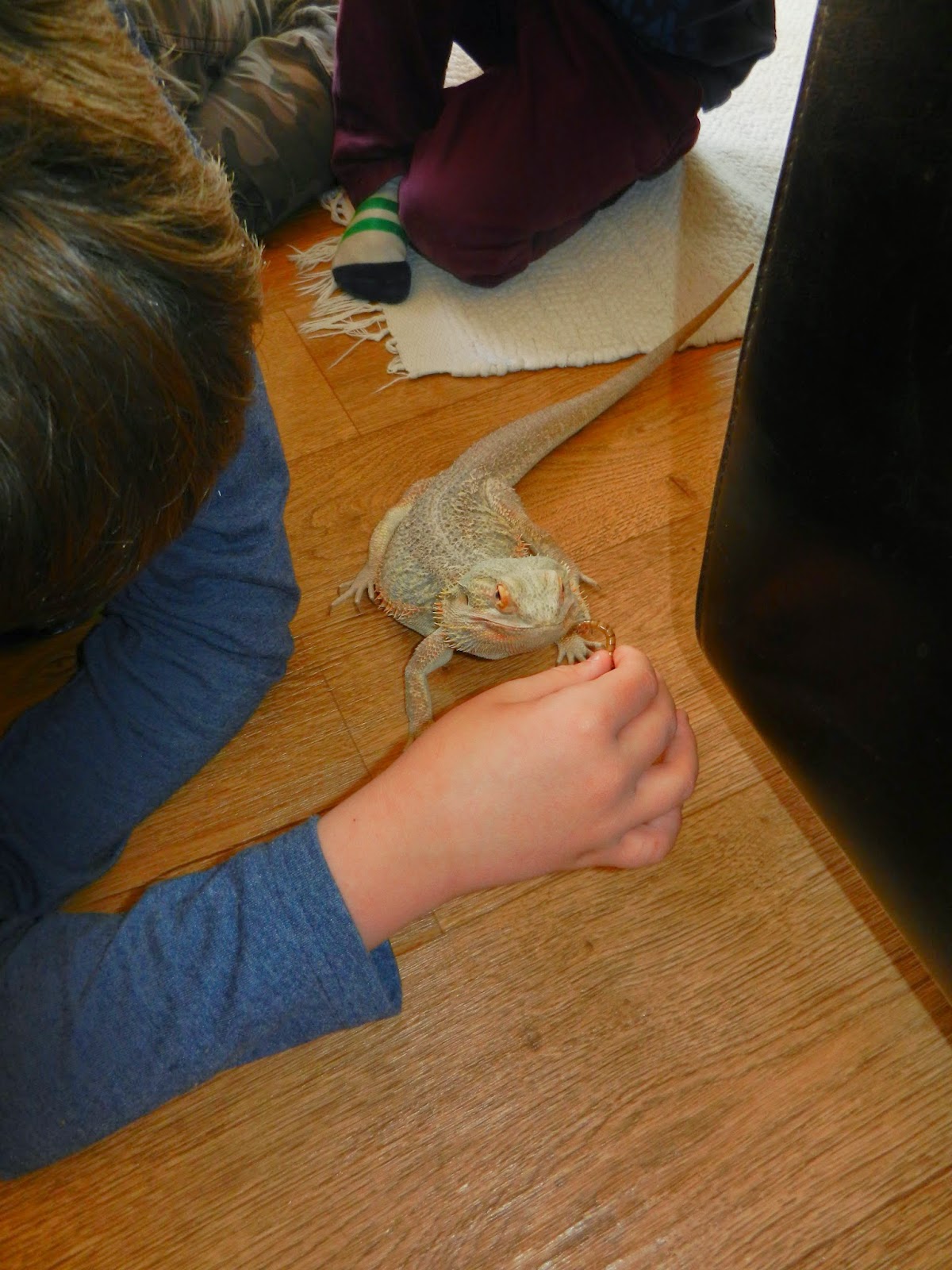 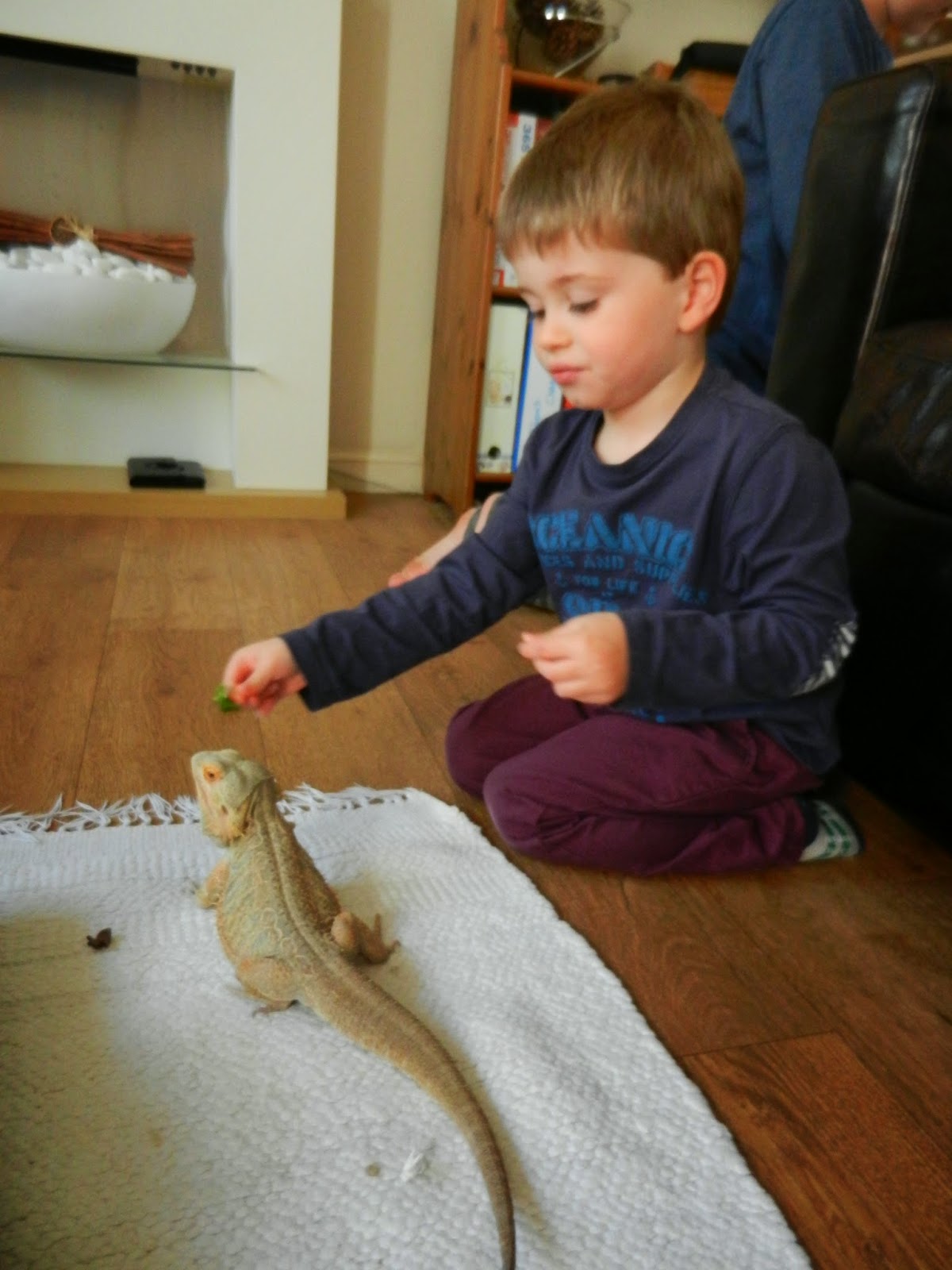 We spent quite a bit of time with Toothless and took it in turns to hold him and stroke him. 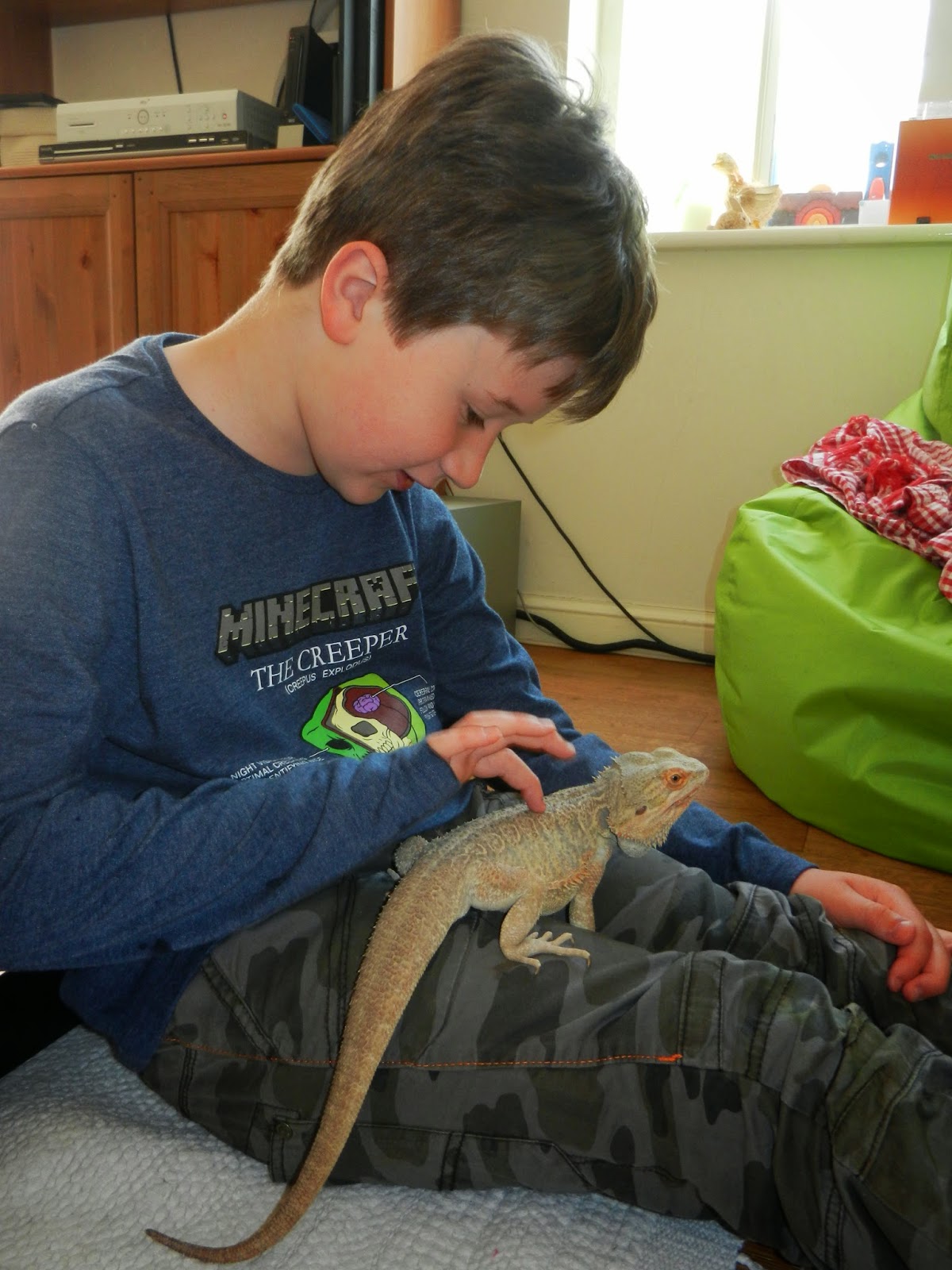 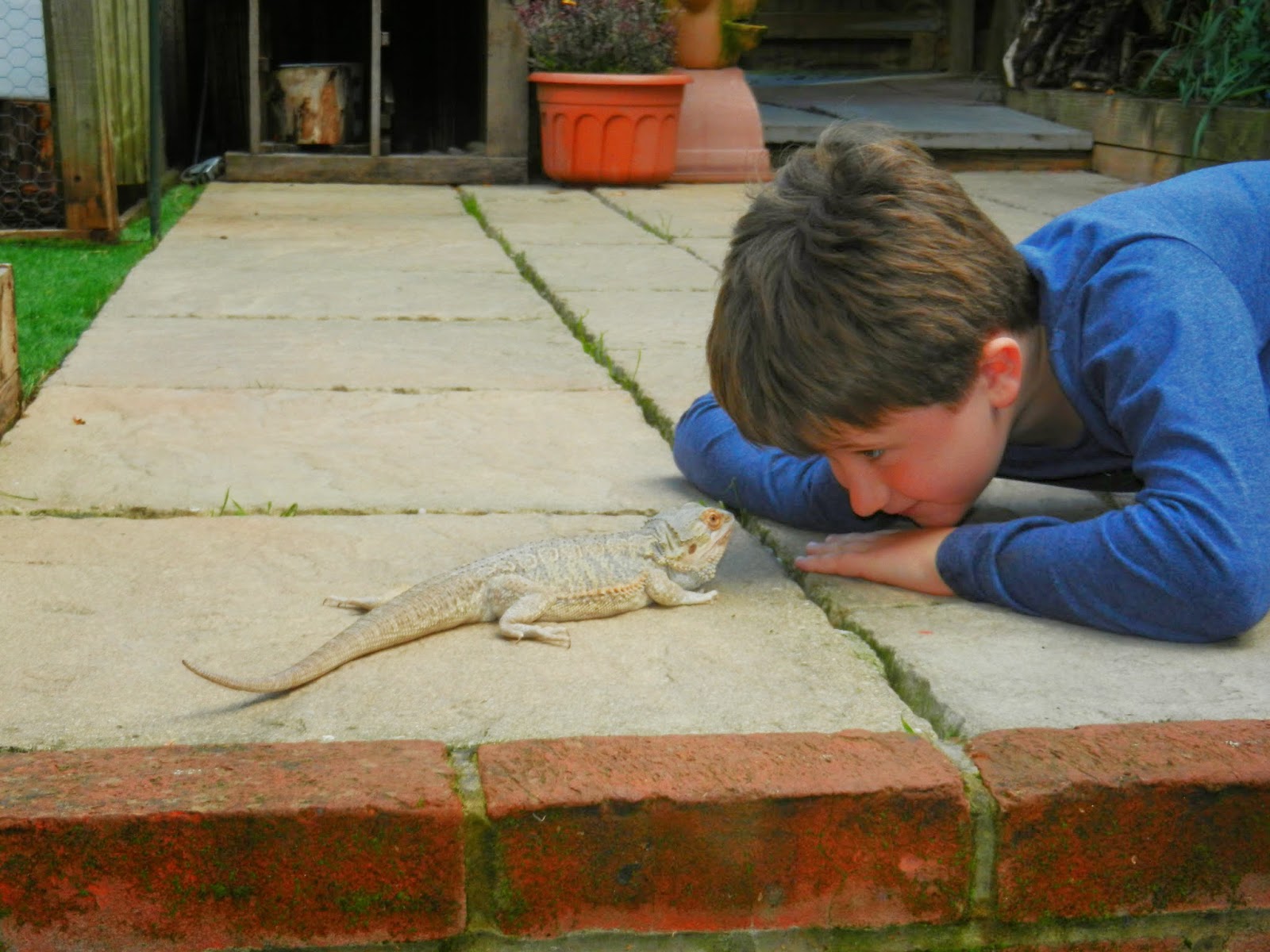 We have a lot of fun pets and vets activities planned for this topic. Our big aim is to raise money for the Blue Cross. They have a local rescue centre near us that one of the children’s parents works at so we thought it would be a great charity to support, it would fit in perfectly with our current interest, teach the children about being part of a community and  encourage them to think about animals who are not fortunate enough to have a loving home.

Over the next few weeks we will be looking at fundraising for a local charity, gathering ideas for this and creating an event to do this. We also plan on visiting the local vets so that the children can met one and see what they do. We are also booking an animal encounter to introduce children to some of the more unusual pets that some people have!

Little “X” was very interested in the vets role play. He spent most of the day in this area or returned to it after a short time doing something else. He shared his ideas with little “L” and talked about his experiences of pets and looking after them. He used his imagination, used knowledge he already had and learnt new things through our conversations and play.
Little “L” made lots of marks on her paper, practising skills she had and using them in her play. She enjoyed the role play and was motivated by her own love of animals. She chose lots of rabbits to go to the vets, her favourite animal! She talked to us about her dog, Donny and her fish, Brian!
Today’s play, meets the following EYFS Prime and specific areas

VISIT TO THE VETS!