We have so much planned this week and lots of Children coming to play. I have 2 new children starting with us tomorrow! Twin boy and girl who will come every now and then in the holidays! I am sure they will settle in very quickly!

Our Half term started off with a PJ day for my boys. The first day of any holiday usually does! If I felt I could get away with it, I would too!

We started the morning with Kenzie doing some maths work and Brendan cooking us all American pancakes. Brendan found the recipe on line and set about making them with no help at all! He carefully checked the ingredients before starting, to make sure we had everything we needed. Then he read the method and followed it carefully. 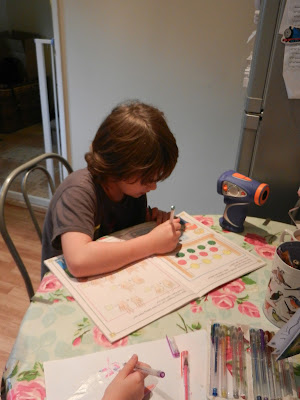 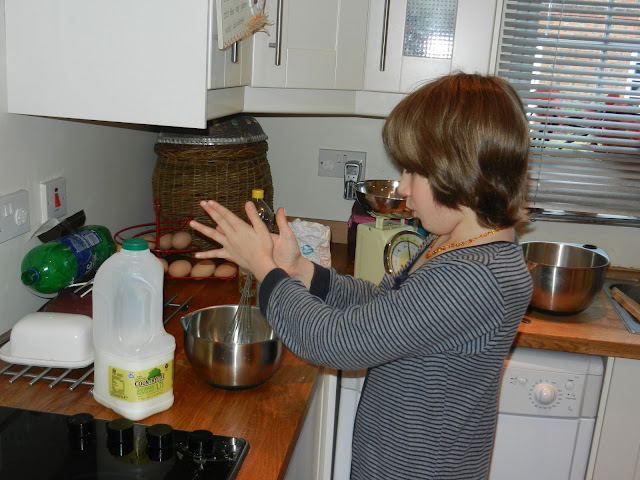 Yummy!!!! They really were very good! 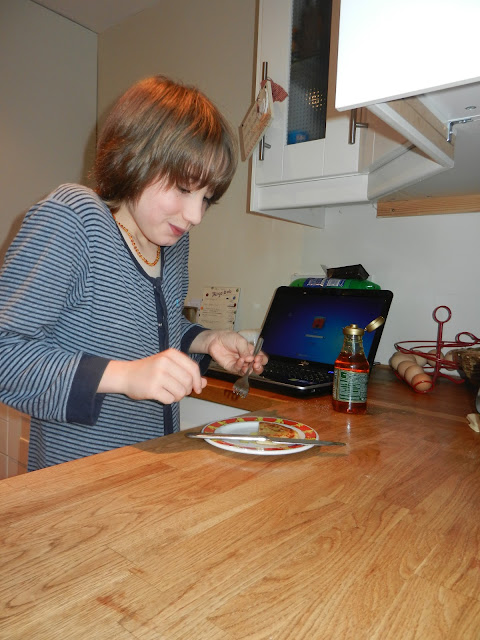 Kenzie and “W” played lego in the bedroom. This kept them busy for quite a while. 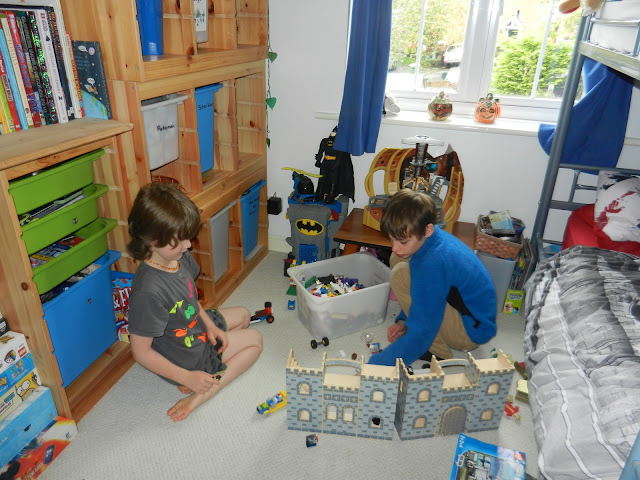 Brendan pulled out the Science box and made a Lemon clock! We read up about how the Lemon and a couple of other bits make a battery! Very interesting stuff. 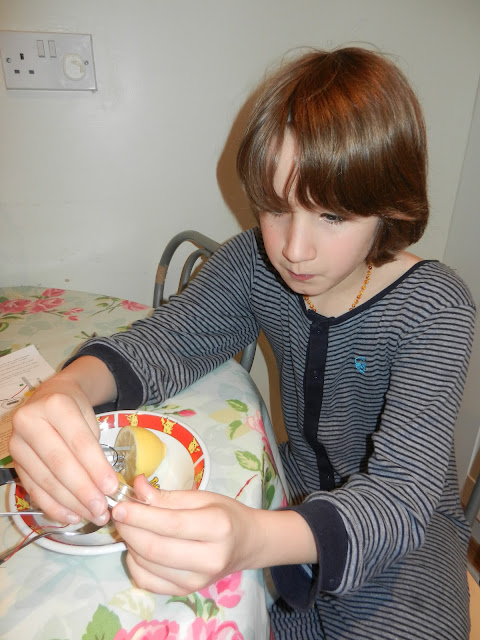 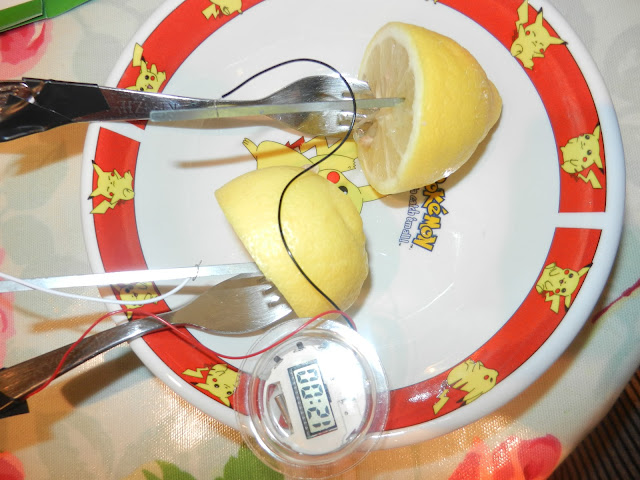 We moved on to the Richard Hammond Bubble kit. We tried blowing bubbles inside bubbles but this was very tricky! 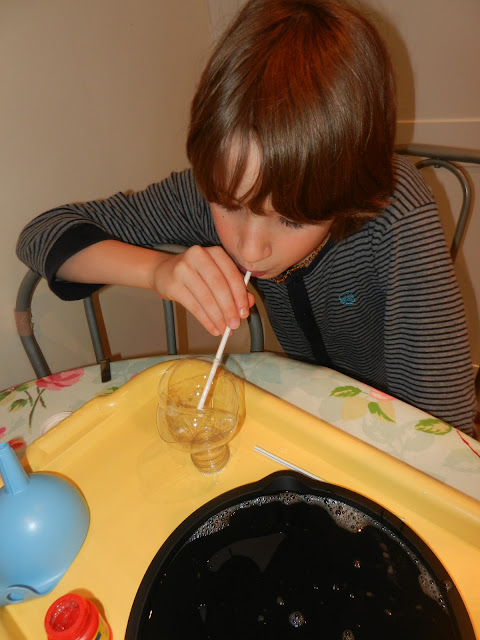 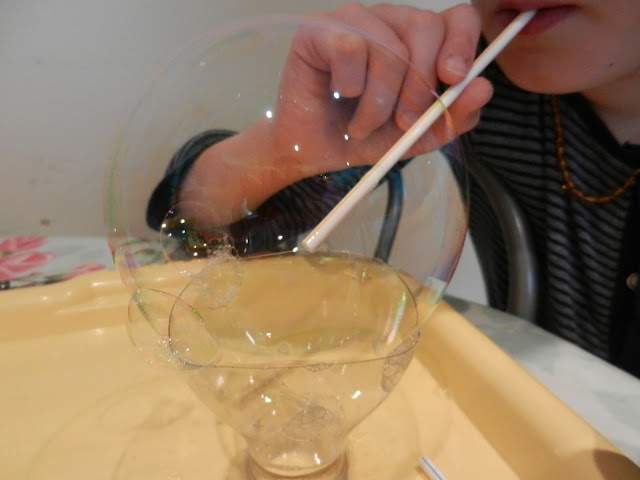 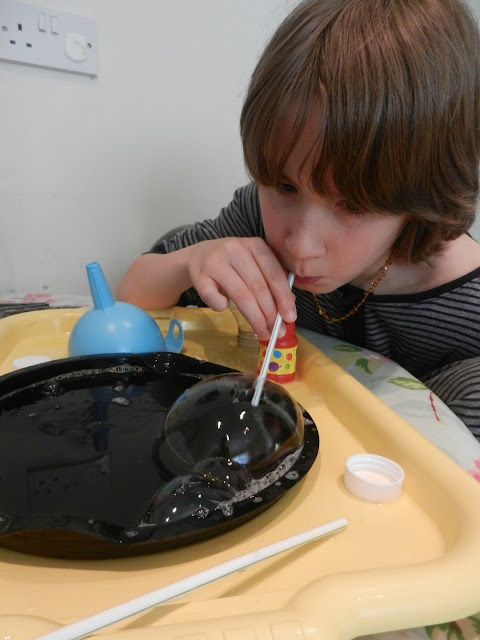 While I cooked lunch Brendan worked on his Moshi monster stuff. He hasn’t pulled these out for ages. It’s nice to see old toys getting re-used again. 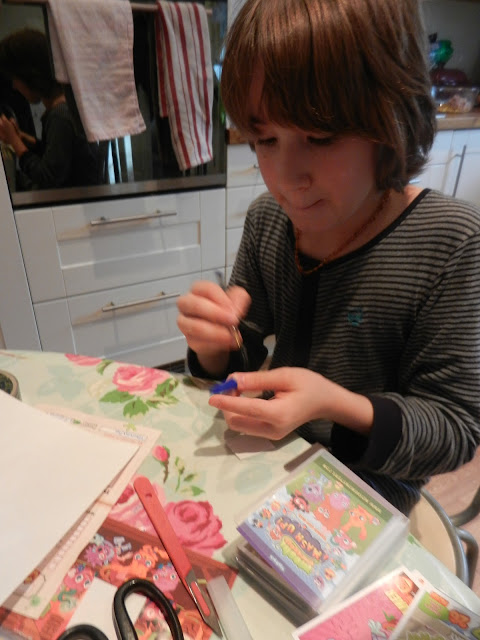 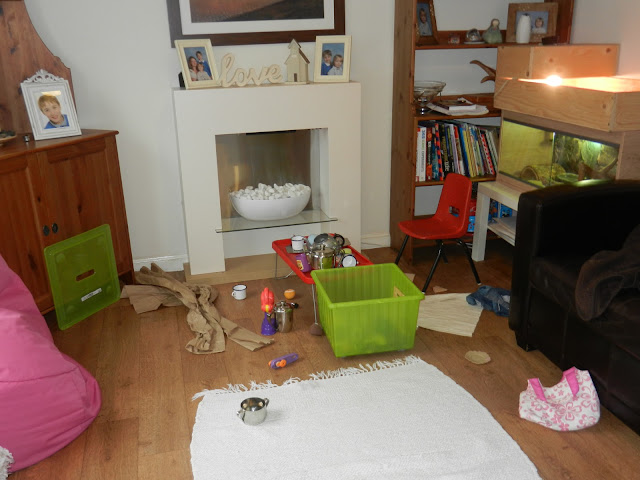 Little “E” and Little “R” made nests in boxes. They spent a lot of the afternoon “Nesting”! 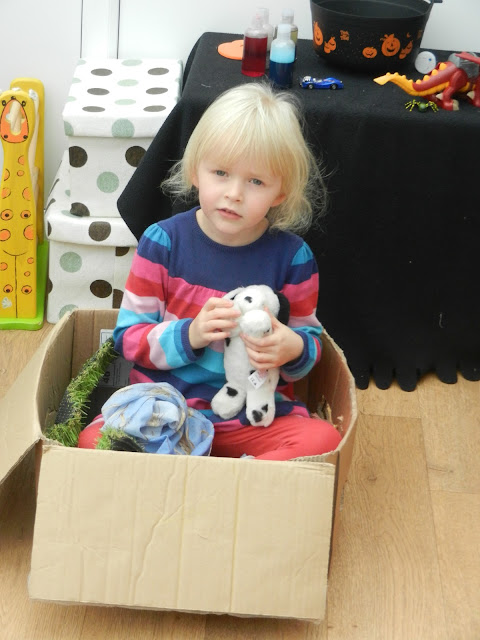 At nap time I set up a couple of quiet activities for the older children to do so that little ones napping would not be disturbed.
We decorated Halloween figures. 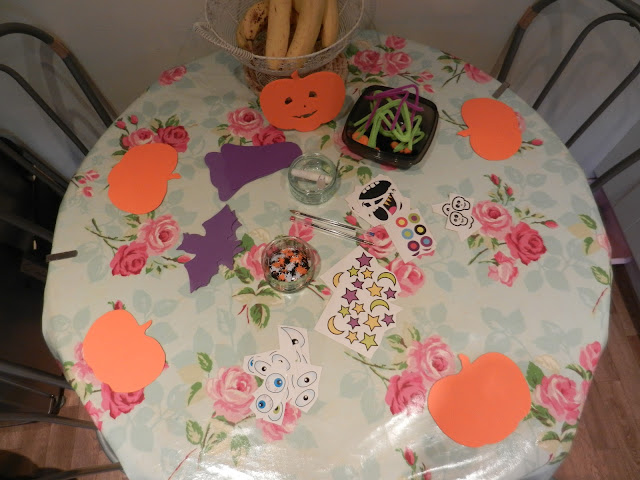 And made Halloween stencil pictures with gel pens, on black paper! 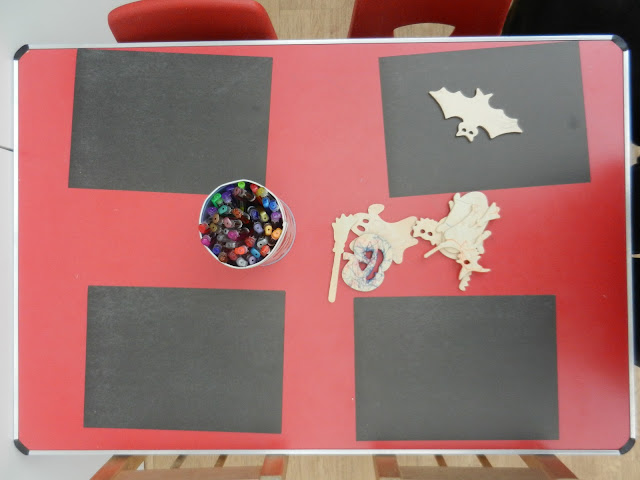 Everyone enjoyed these and we soon ran out of stickers! 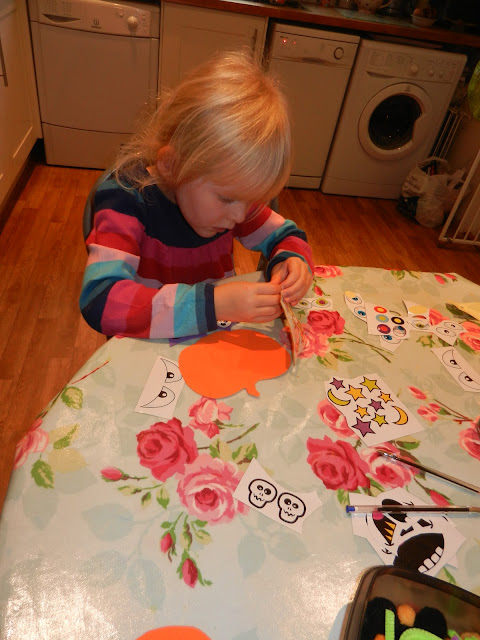 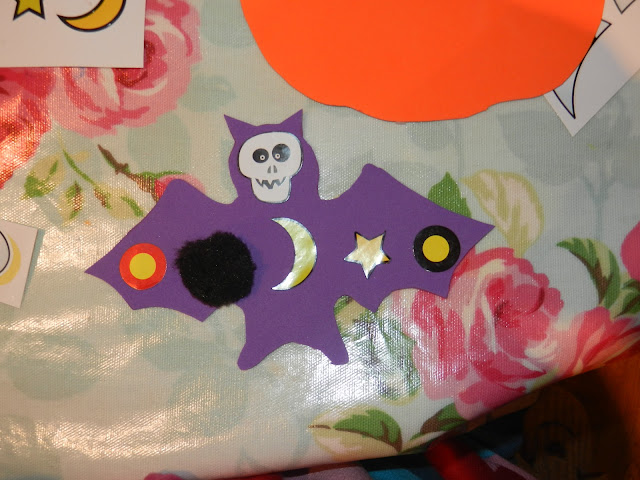 I whipped up a batch of play dough with Brendan’s help. He mixed up some orange food colouring so we could make Pumpkin dough! 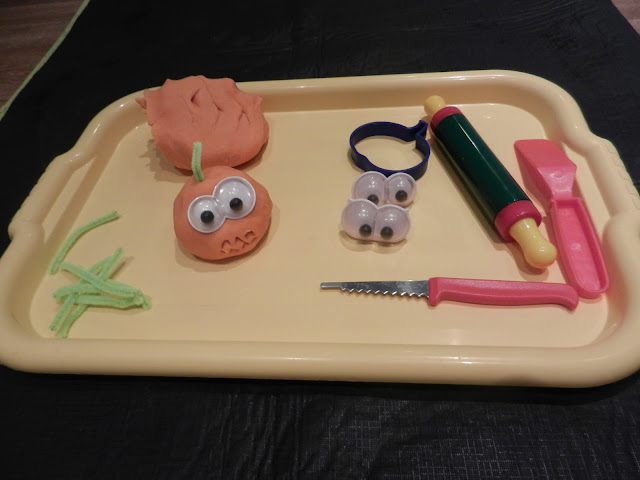 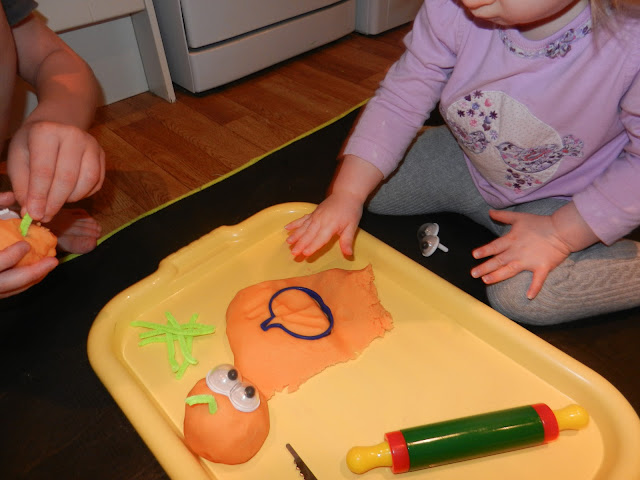 “W” had a go at decorating a pumpkin and a ghost as well! 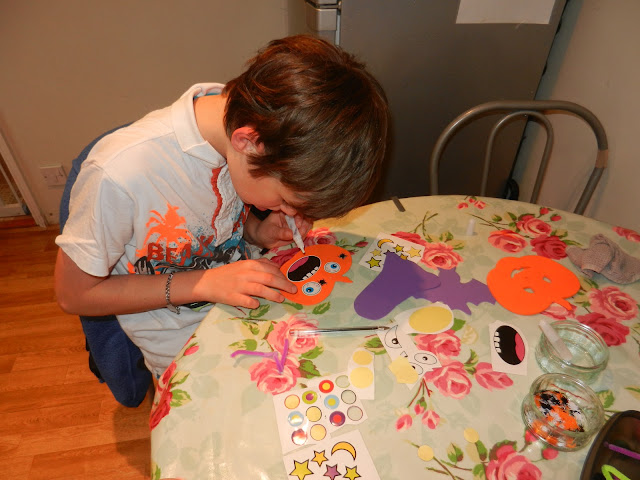 Brendan showed the younger 2 how to make pumpkins with googly eyes and green stalks. 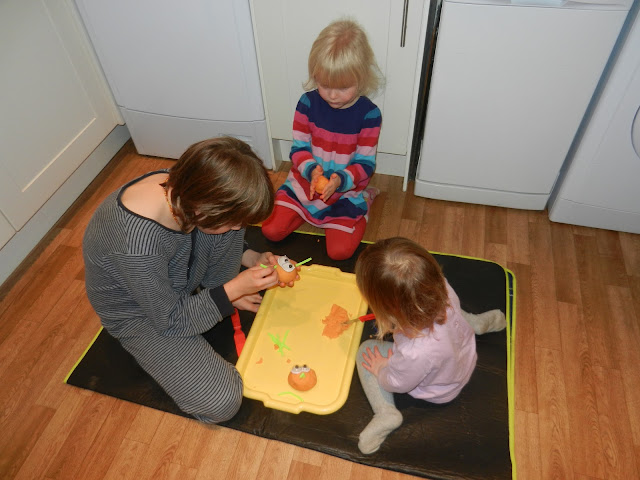 Kenzie and “W” asked to make a cake. Lots of reading of ingredients and measuring with the scales. They did a fantastic job of beating the mixture and getting all the lumps out! 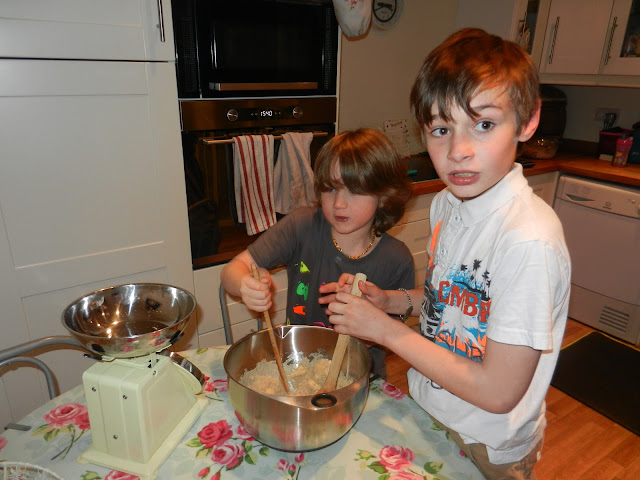 I popped a “Meg and Mog” DVD on after dinner. Very Halloweenie I think. I love Meg and Mog! Kenzie has a real love for the stories and they have really helped him learn to read. I love how the girls sat in their boxes to watch the DVD! 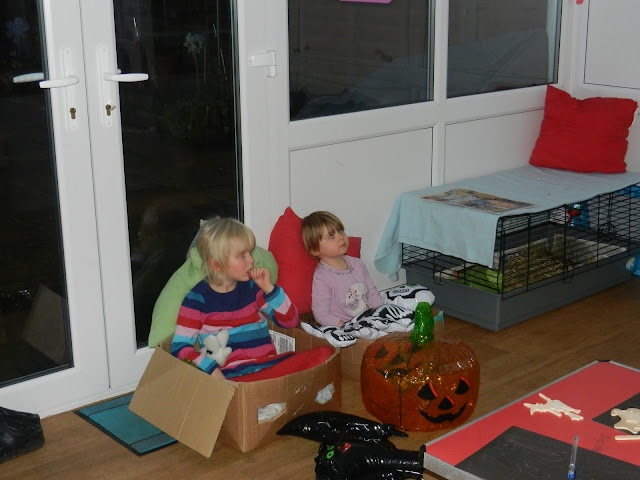 Later in the evening, before bed and once the cake had cooled, Kenzie decorated it! He used pretty much everything we had in the cupboard! 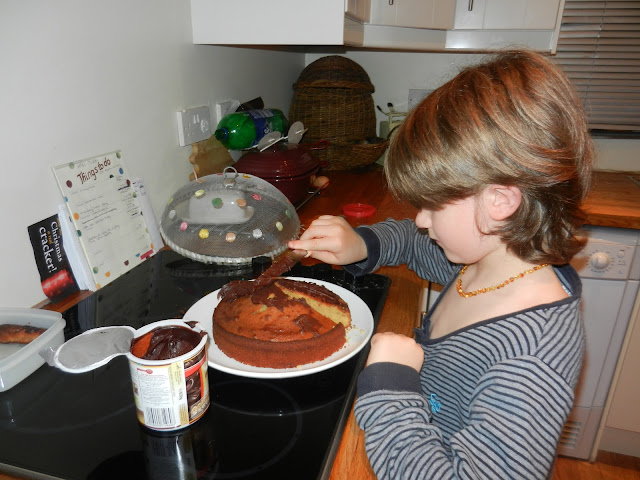 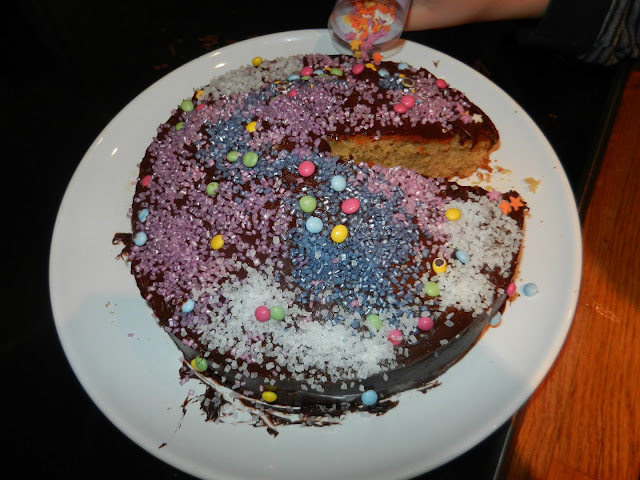 A very productive day and a lovely start to our week at home together!