This weekend I have been researching ideas for creating more natural play spaces in the garden. I wanted something natural and beautiful that the children could play in. I found a couple of images of small world play in the garden and this inspired me to create such a space in our setting.
I popped to the garden centre and bought several plants. I wanted some with hight and others that were shorter, I looked for colours and scents as well as different textures to explore.
I had several plant pots at home already and an old Ikea butchers block trolley that had started to fall apart, which I hoped I could up-cycle in some way!
This is what I created. I used pebbles from the front garden and added some dinosaurs and bugs! 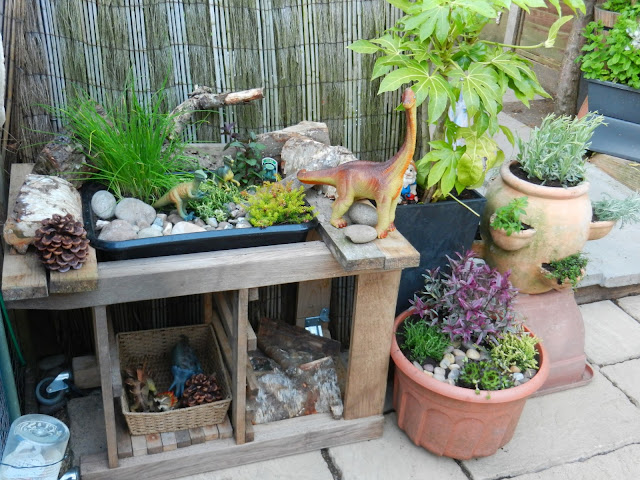 This morning Little “R” had me all to herself as Little “L” is on holiday. I took her out in to the garden and let her find this area in her own time. She actually B-lined for it and started to pick up the Dinosaurs. She made roaring noises and talked about their size. 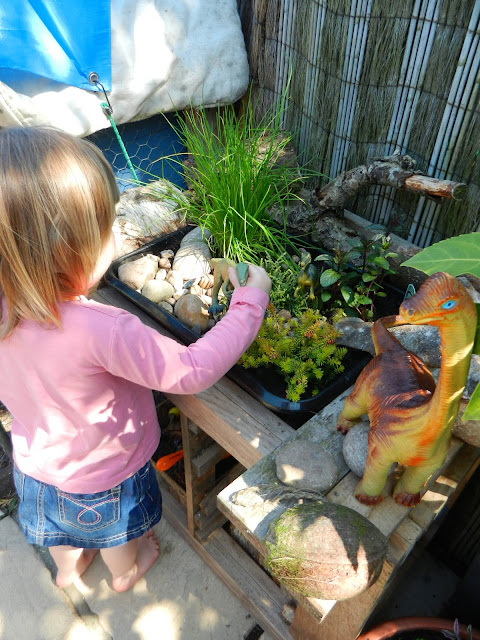 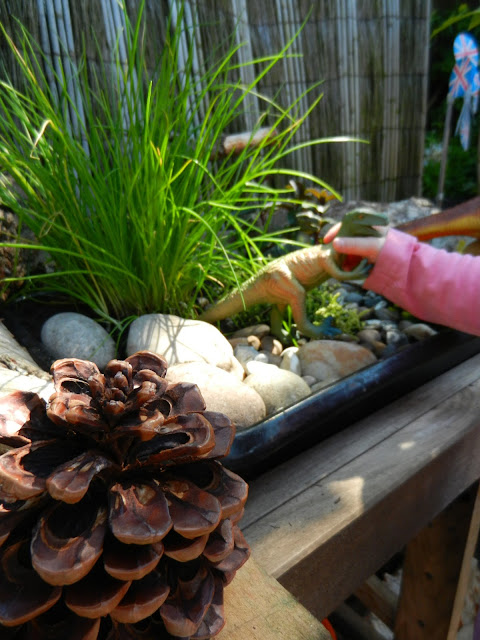 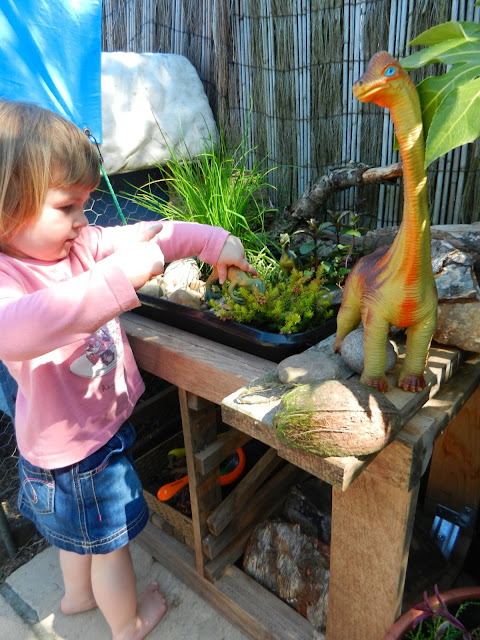 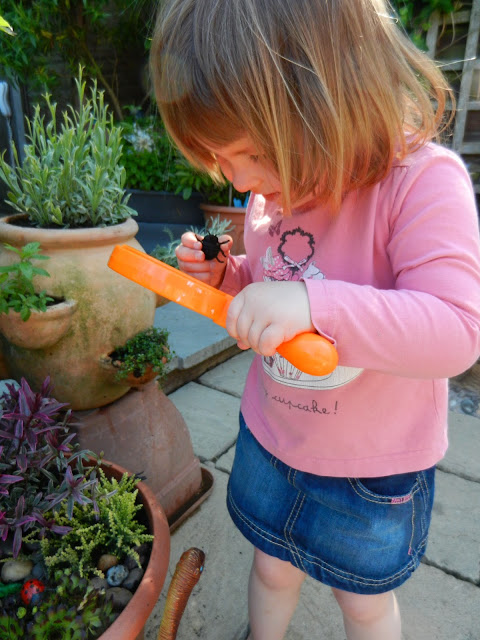 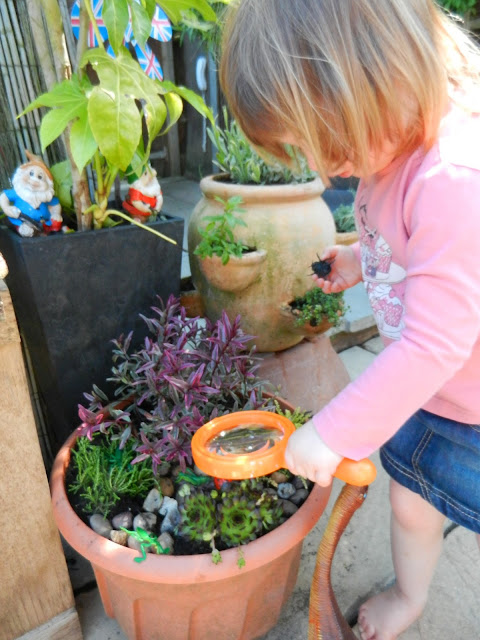 It was lovely to see her moving the insects around the planters. I hoped that she would explore them all and use them in her own way. She also noticed that some of the plants had a nice smell and picked me some mint to sniff. 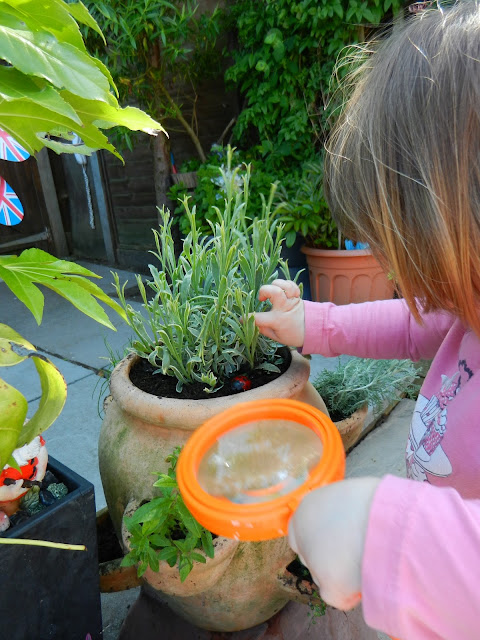 Hopefully when the Lavender flowers we will see some real insects on these plants! 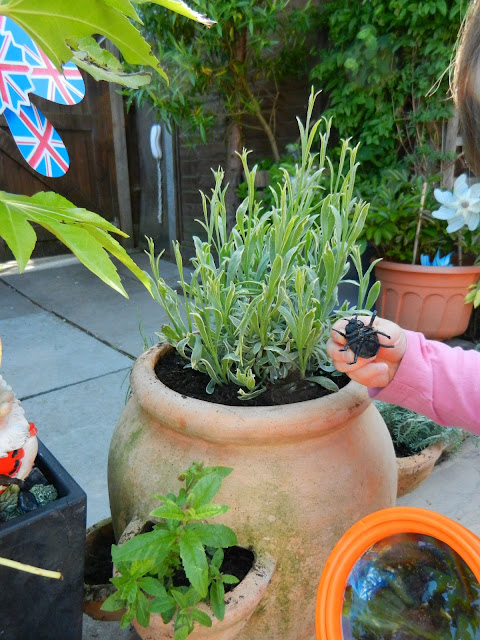 “HOW TO” ……. IMPROVE HAND STRENGTH AND HAND- EYE COORDINATION BY USING SCISSORS