We have had lots of creating with K’nex, lego, building blocks and the like this week. It has been lovely to see the children really making use of the open ended resources I have available to them and putting them all together to create their own game or play ideas. 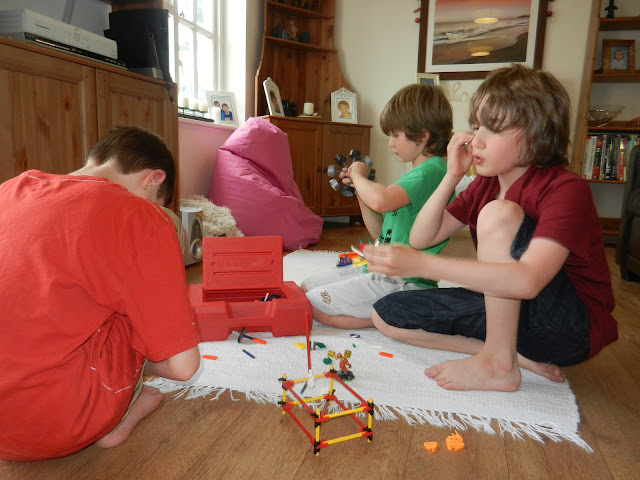 After a half hour game of Skylanders one day this week, the boys all decided to make vehicles for their Skylander figures. They all chose bits and pieces from the K’nex box and were fully absorbed in their own creations for a good half hour or more. Brendan had made a rule that the figures had to be secured in. They were not allowed to fall out when traveling. Nice to see he thinks of safety in the car! 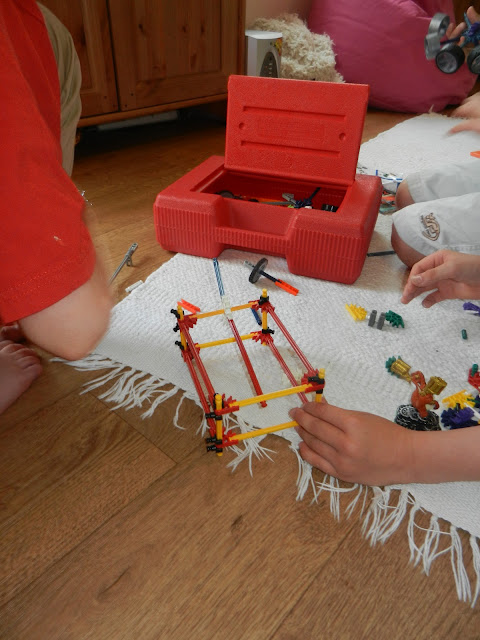 Brendan created his car. He made a clamping device to hold his figure on to it’s seat. 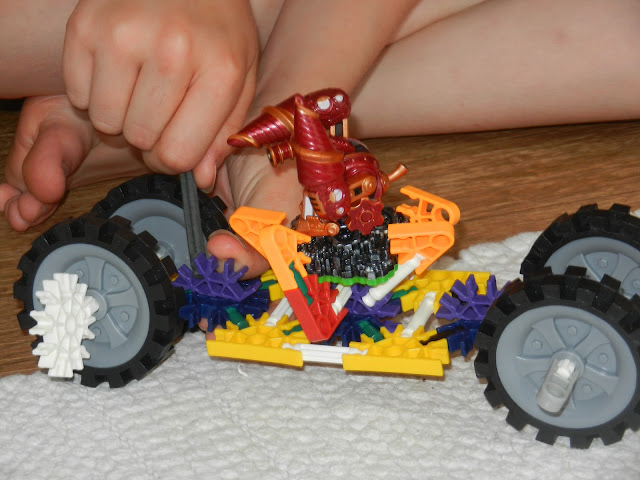 Kenzie wanted to make something that had lots of wheels and span in a circle. He did need help making the clamp for his driver though, so I stepped in to help with that. 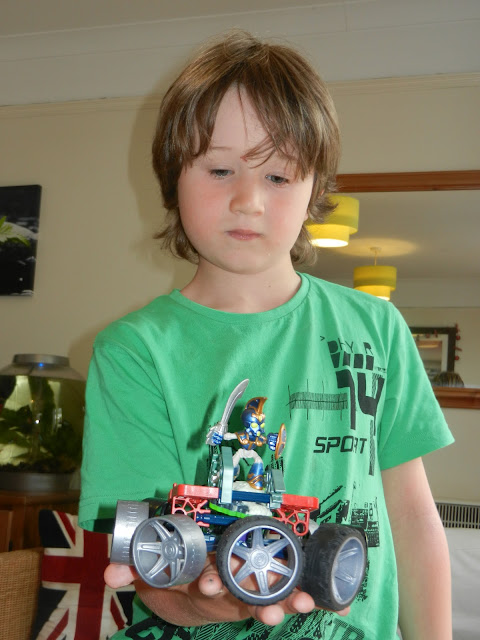 “W” made a catapult for his figure and then copied the clamps that Brendan had made, to hold his figure in place. 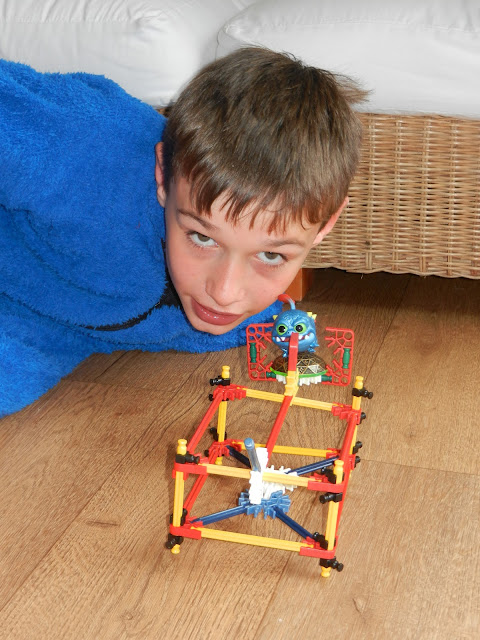 Once everything was finished they built a big castle for the Skylanders to live in. They used bits of the fort and also lots of wooden blocks! 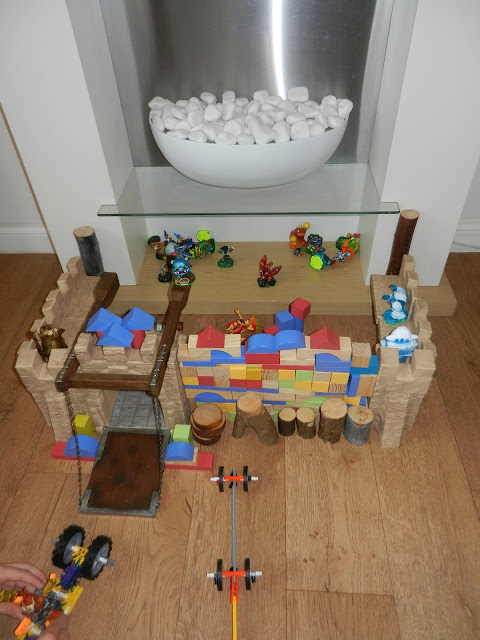 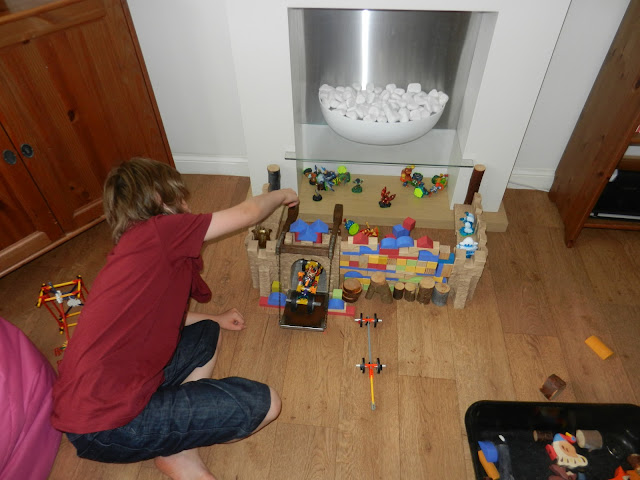 I do love to watch them all playing together like this. working together and sharing ideas, helping each other when someone becomes stuck. Their chatter is a pleasure to listen to. They make suggestions for structural improvements, praise each others attempts and then get excited about testing out the finished creations!

GETTING READY FOR PIRATE DAY!