This weeks Thomley Hall visit was a quiet one. I had an unexpected day off as “E” and “L” are away for the week and it was little “R”s birthday, so she spent the day at the zoo with Mummy and Daddy!

Kenzie and I enjoyed some America themed printing with paints. Stars and stripes! 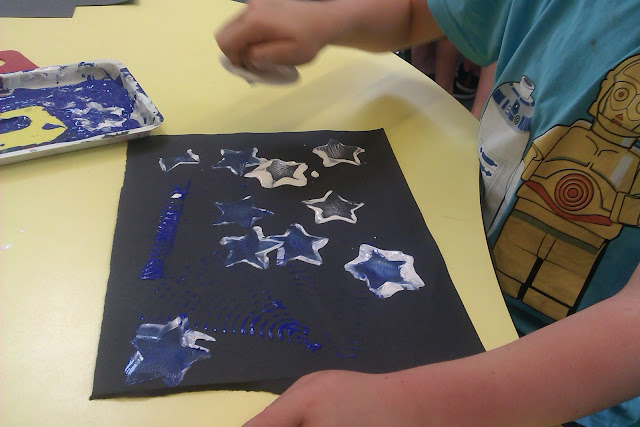 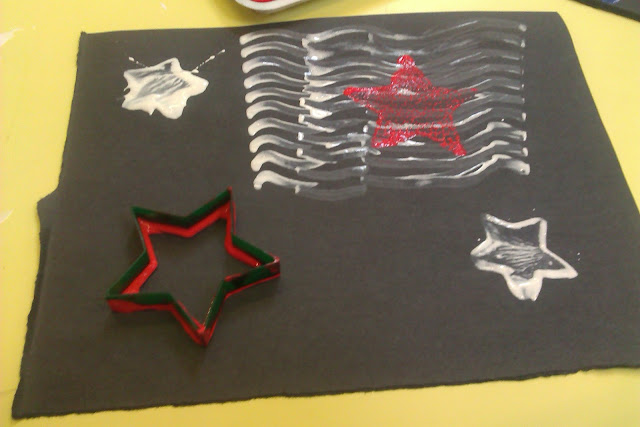 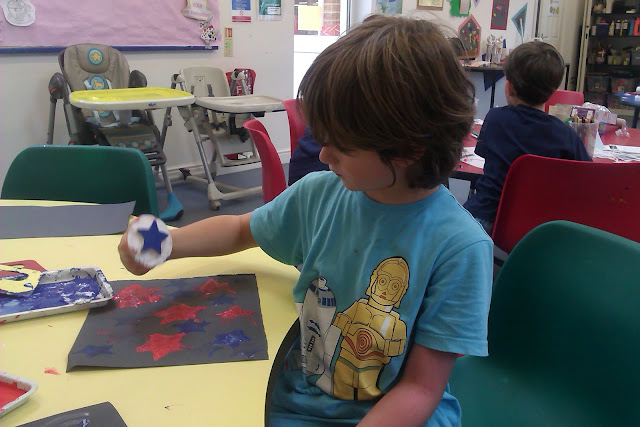 The boys chose to spend a big chunk of time in the sand pit playing a game called “Sand storms!” This did raise alarm bells in me and I felt it best to point out the dangers of sand being held up and the wind blowing it in peoples eyes……. Thankfully they were very careful with this and not much sand was dropped. The idea of the game was more about building a bunker in the sandpit to hide behind, than the actual dropping of the sand!

Brendan and Kenzie worked together on Kenzie’s bunker….. I think it worked really well as he was completely protected! I had to take a photo! You had to see it to believe it! 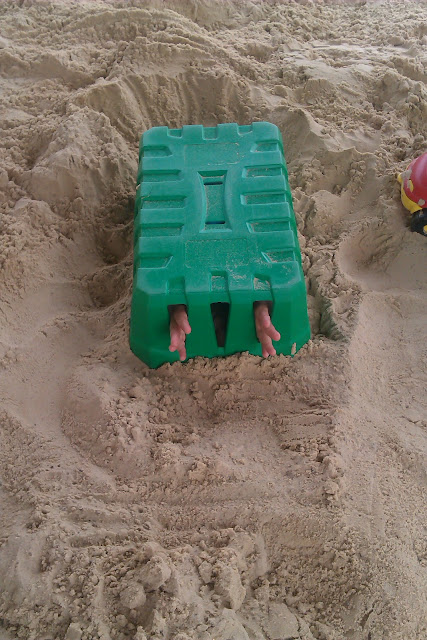 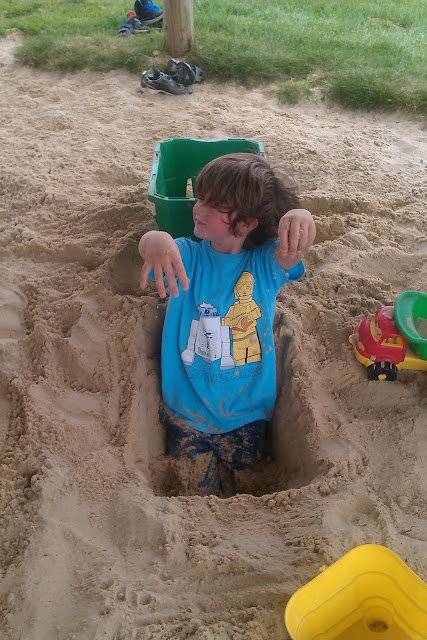 We also booked the sensory room. I don’t do this very often as I like it to be a relaxing place. If i have too many children with me it can become the opposite and they all end up a bit wild after!
Sorry the pictures are not very clear….. my new phone camera does not have a flash! 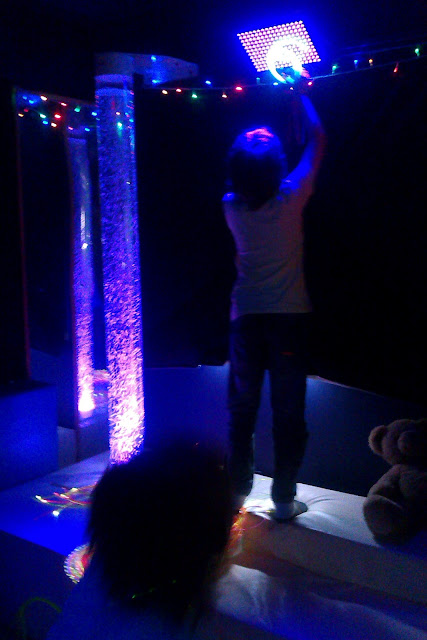 Kenzie relaxed in the new ball pool with a glowing light in it! 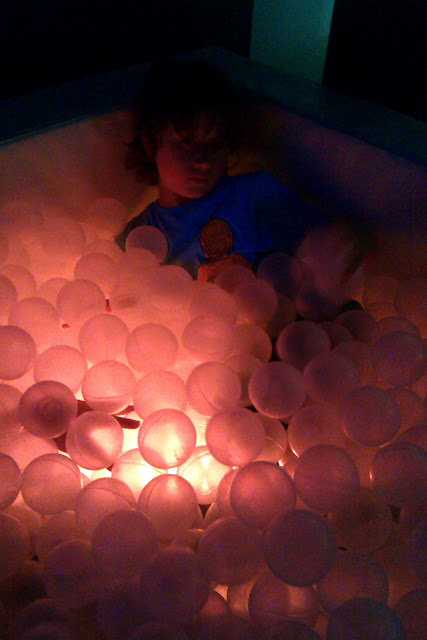 Brendan completely buried himself in it! 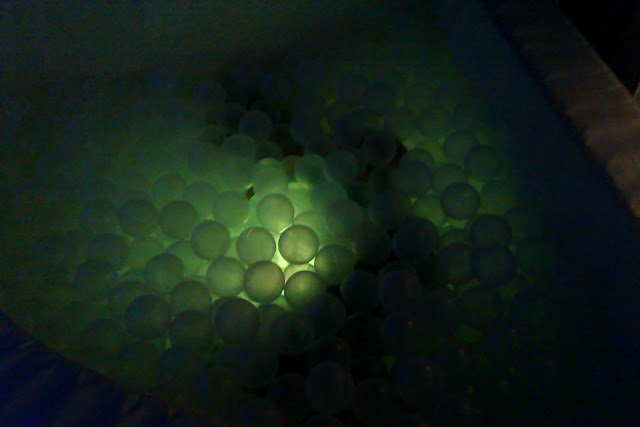 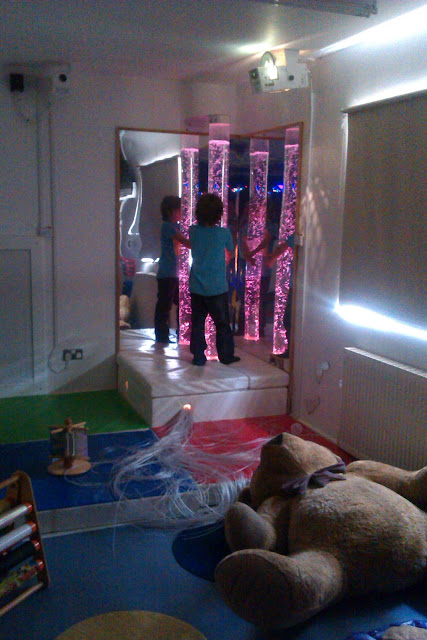 Then back to the pool again! 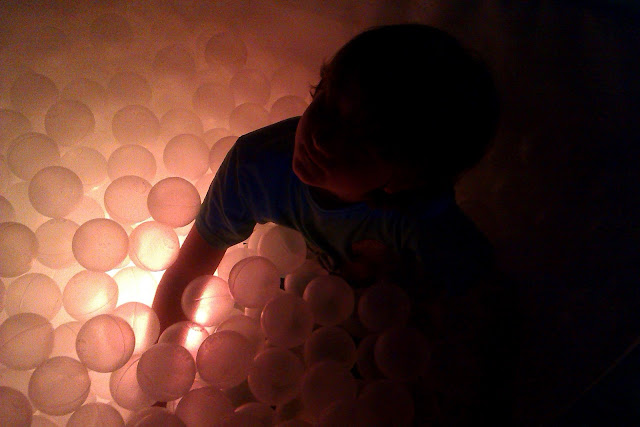 Brendan made a new friend. A giant bear which he named “Mr Stuffy”
As you can see he wanted to carry him around the pool and take him to the ball pool! 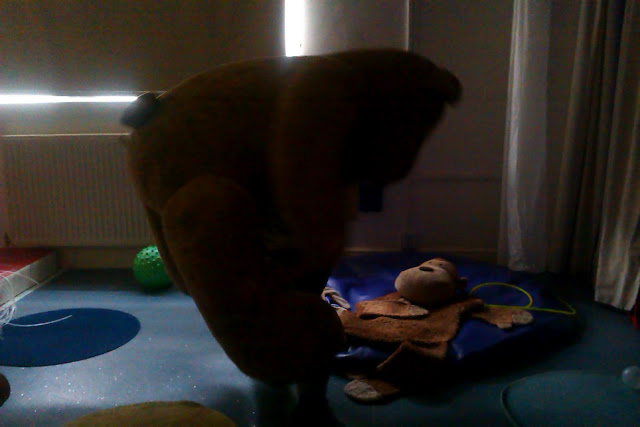 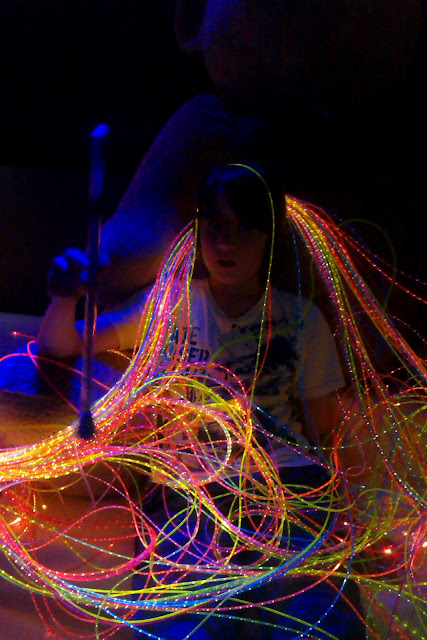 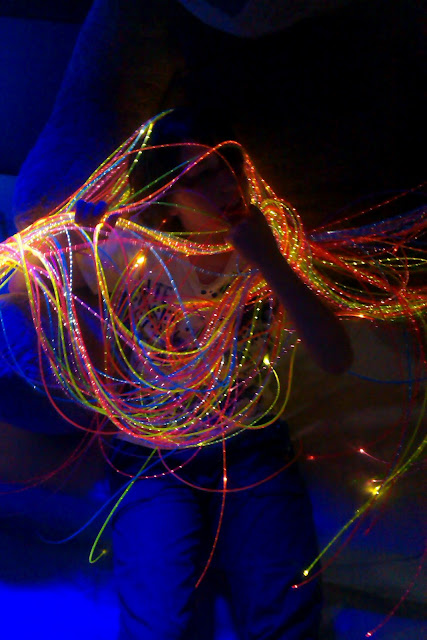 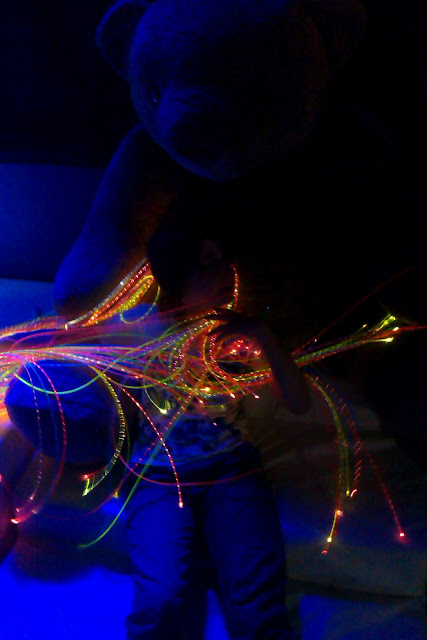 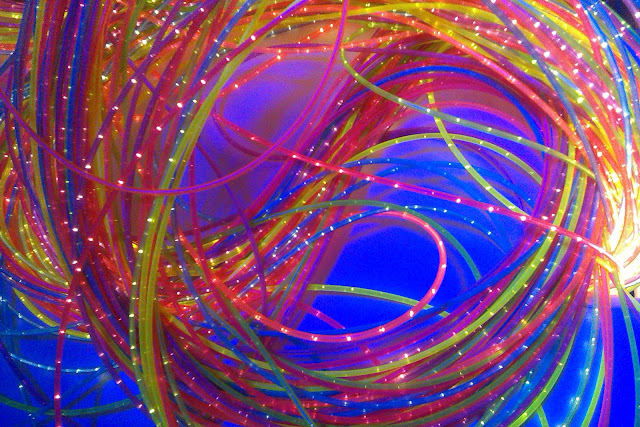 Eventually he got that bear in the pool! Took every bit of strength he had! I love this photo of him and his bear cuddled up in the balls! 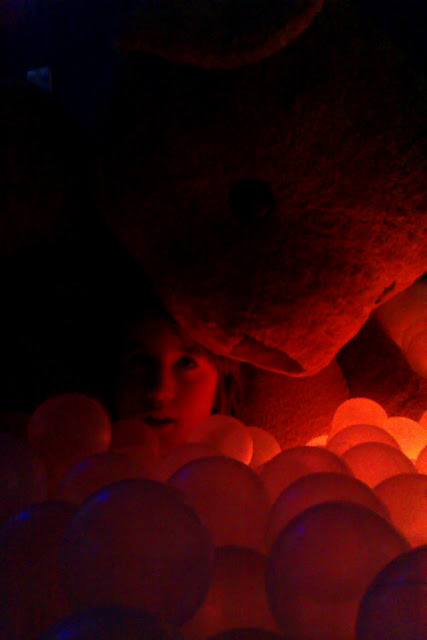