Should have got this posted yesterday but forgot! sorry!

The morning was lovely again. The boys ate well and then played Beyblades with their friend who walks to school with us.

The afternoon was rather busy which keeps the mind off telly related things. We were going to do our traditional tea and cake at the local antique center for the Macmillan coffee morning fundraiser. But this year they had done it a week earlier for some reason and we had missed it. Thankfully we had organised a gathering for parents at school in the hall. There have been so many new families joining our little school recently that the head teacher thought it would be nice if some of us could set something up. My friend did all the hard work bless her. She made cakes and iced biscuits and set it all up. We popped a donations dish on the table and wrote a note saying any donations would be given to Macmillan, so still felt we had done something to raise money.
I also had my friends 2 boys after school while she went to a family funeral. The boys had their tea pot on the table and enjoyed pouring their cups of tea and eating cakes!
Unfortunately the 3 boys with ASD had come out of school in a rather “volatile” mood and several times it either kicked off or needed an adults quick intervention, so once the tea was all gone, I did a quick tidy up and then had to do a runner to get them all to mine. 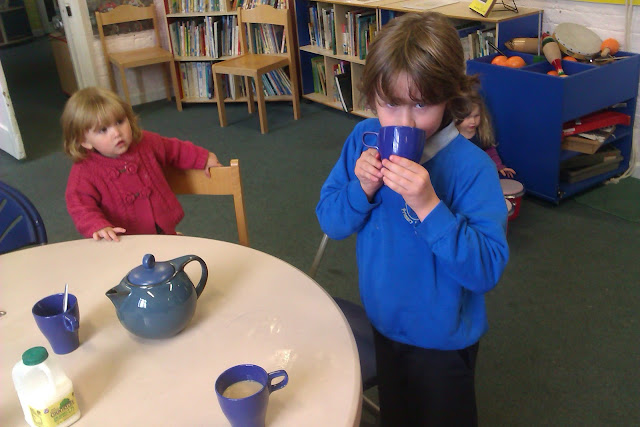 Once in the house and less children around, the 2 kids with ASD that were with me calmed down quickly. I sent Brendan upstairs for a shower and his new “how to train your dragon” book had arrived. This gave him something to do and focus on and he stayed in his room till he was ready to join people again!
The other little boy played Knights and forts with Kenzie and then Beyblades!

I dished up dinner for all which they did eat despite the amount of cake that had been consumed earlier!

Then they all went outside to make potions in the mudpie kitchen! 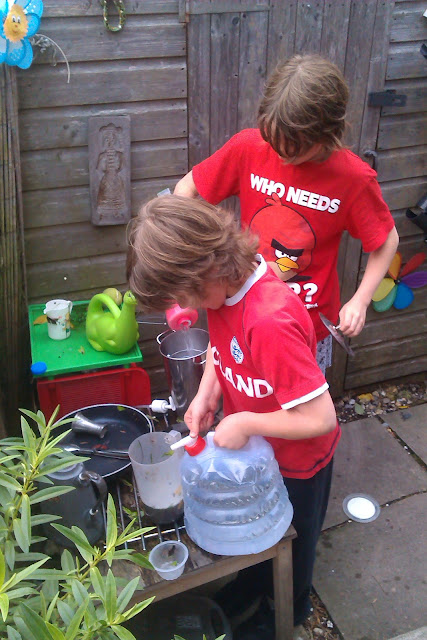 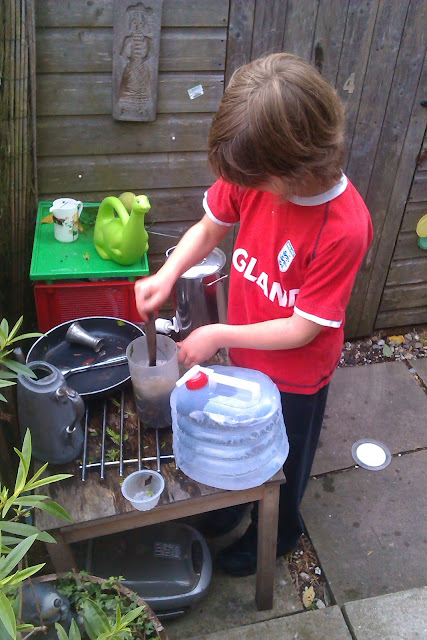 Once everyone had gone home and the house was tidied, we sat down to read the new Dragon book together. To start with Kenzie chose to listen to a dragon story cd on Brendans bed and follow the words in the book, but sadly after about 2 minutes the stereo packed up…. it had been struggling for a few days and it has now gone to silicone Heaven! So he came down to join us for story time on the sofa! And then it was bedtime! 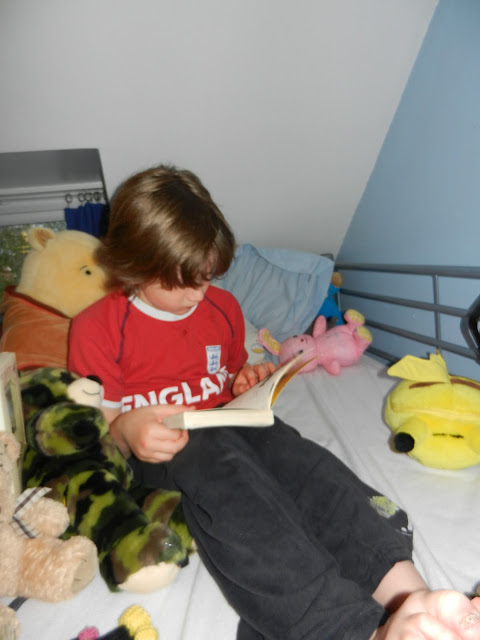 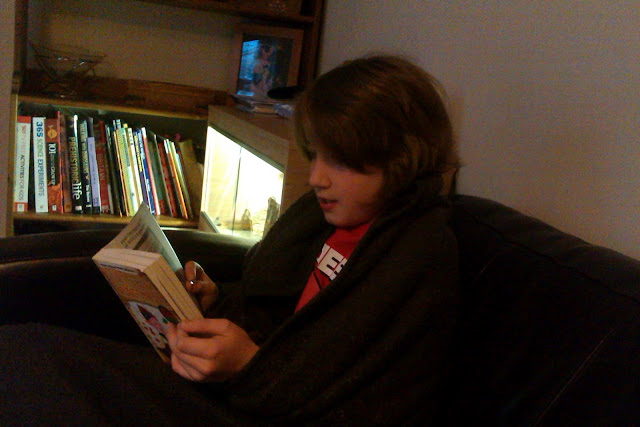 I did get told off by the little boy who came to play for not allowing telly time…. he had apparently been looking forward to playing Skylanders. I gave him a hug and made a deal that he could come another day and we would play it. He thought it very silly to have a TV that we are not allowed to use!! I did try to explain but our deal cheered him up again!

Today is 7 and so far (although early) the boys are finding interesting things to do while i drink a cuppa in bed. Brendan is dismantling his CD player that packed up last night and Kenzie is painting sun catchers!

Today is also Saturday which means Dr Who day! Kenzie is excited about this but I am pleased to say, he is not obsessing over it as he was a week ago. This might be having the desired effect!!