As always the morning is lovely. Breakfast is eaten before anything else is done and then the boys move on to playing with toys. This morning it was Pokemon battles with little Pokemon figures on the living room floor!

This afternoon was after “school club” for Kenzie. Brendan chooses not to stay and so he came home and talked the ear off of anyone who would listen (mainly my friend Anna who came over for a cuppa) about Dragons and Pokemon, while sticking stickers in his Pokemon book.
Once Kenzie came home the real fun started. lots of giggling and running about with the toddlers.
The sun was out so the back doors have been flung open again. it was lovely to see them running around outside, throwing balls to each other and rolling around in a tunnel tube. Kenzie turned himself in to a woodlouse! 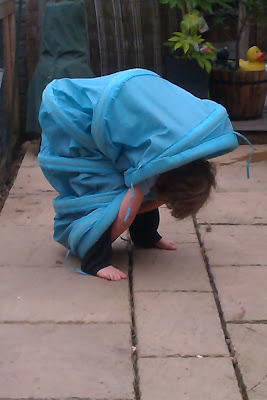 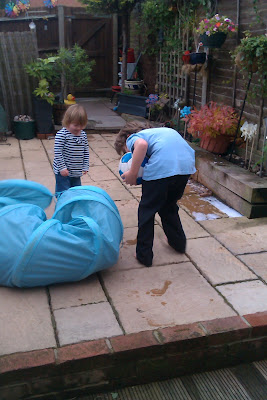 When the rain came down it wasn’t heavy and they all enjoyed running around in it and then getting the umbrella out and dancing in it! 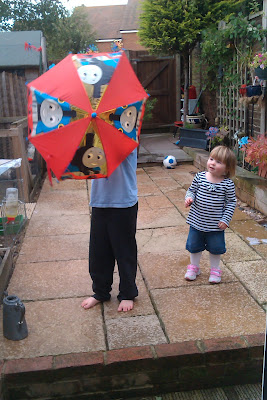 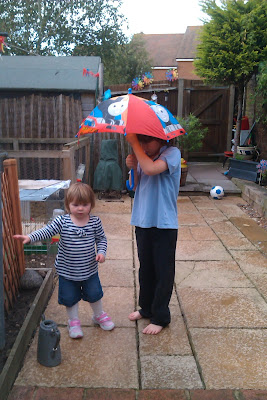 After some lovely feed back from friends yesterday I changed our routine and Kenzie had a bath and played with some of his plastic animals in there. This kept him relaxed and occupied for half hour or so.

Brendan and I cooked dinner together. He chopped peppers for the Fajitas we were making. Brendan’s favorite meal as a reward for working hard today. 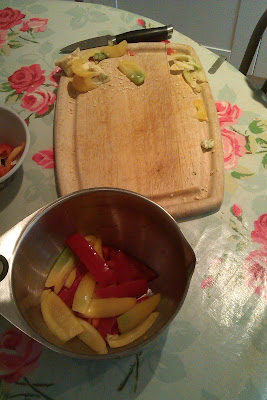 Kenzie has got a bit of sneaky computer time today at after school club and said he played a game with a friend. He hasn’t asked for tv once today and the only time it has been mentioned is to ask how many sleeps till Dr Who!
So that’s day 5