Well…… not sure what to say about today.

Neither of the boys are interested in the tv very much now. No one is really asking about it. Far more imaginative games are being played.

Brendan came home from school and set about working on his Warhammer figures and creating a rather complex game of Skittles in the hall way! 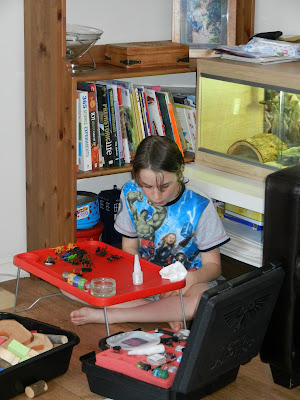 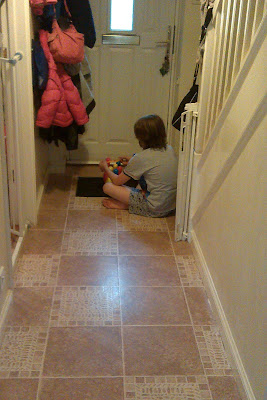 Kenzie and Little “E” and our new little girl (another little “E”) all worked together on building an animal rescue center in the play room. It is wonderful to see them creating their own entertainment. 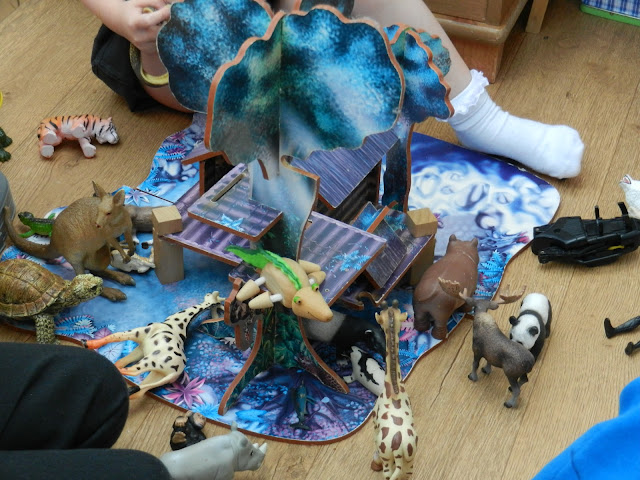 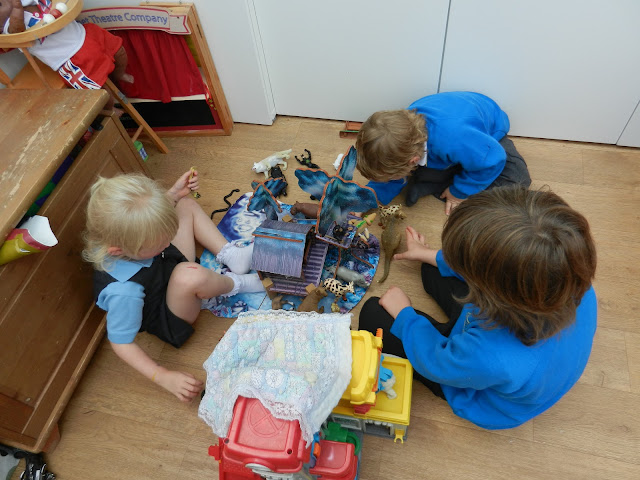 But on a down point, one of Kenzies teachers came out today and said he has been rather difficult this week. Snapping at the children and not cooperating with what he is asked to do at school. She doesn’t know if it is connected to the screen free or just a coincidence that it has been the same week.
Although he has seemed happier and we have had less arguments, I have noticed his growing snappiness towards the children around him. His school friends and also towards me at times. I have sat him down tonight and told him it has to stop. I will not tolerate him being snappy with people and I will not tolerate him answering and arguing back with me. The one thing I would have done in the past is take away telly or gadget time…… now I don’t have that bargaining tool to use, I am finding it hard to think of a consequence for his behaiour.

So I am going on the approach of pleading to his empathy and his “wanting to please”. I have told him that it makes me sad to hear him speak to people the way he does. I have told him It makes me sad that he answers back when I ask for his help and that if he doesn’t work hard at school I will be disappointed. This approach has worked in the past so I am hoping it will again.  I am spending time with him, playing with him and chatting with him and walking away from him when he is rude or snappy. If he is snappy to others then he gets sent upstairs till he is in a better mood….. When he is kind, thoughtful and uses kind words towards someone he is praised and thanked. I don’t know if it is the right way to deal with it but I am hoping……

I did have to giggle though. He told school he was not alowed to to do his ICT work as he is on screen free time. lol Bless him. Maybe I should have made it clearer that it does not apply to school time and school work. We have now made that point a bit clearer!

CHILTERN HILLS ON A SUNNY EVENING.