Today, being Tuesday, was one of my more manic afternoons in the week. It is the day that I have 7 children after school and the day I miss tv the most. By 5pm I am wishing I could put the TV on for the last half hour or so but I hold back…….

My whole house was being turned in to one big village! The Duplo creations in the living room, the Tree house in the playroom, car garage covered in plastic animals and the jungle play set was pulled out again too! 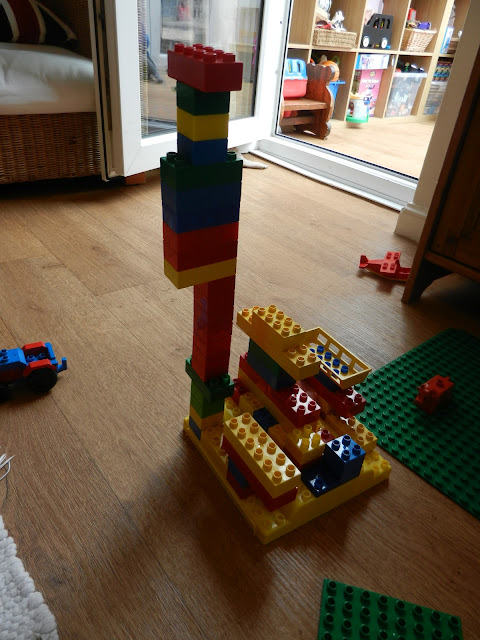 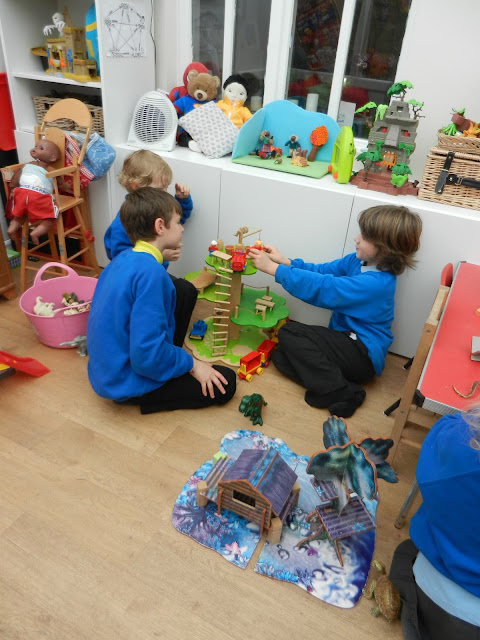 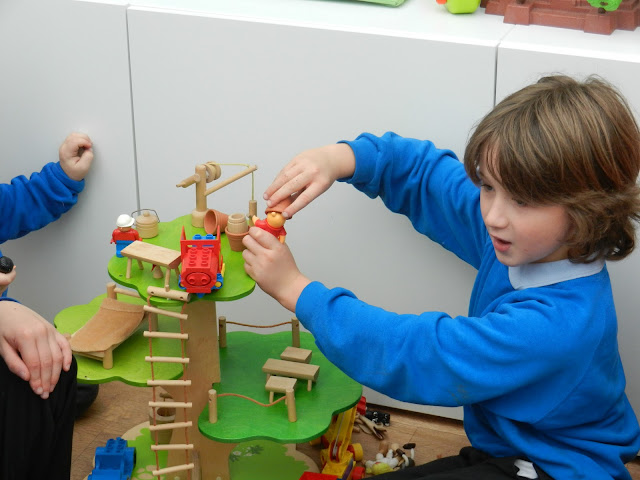 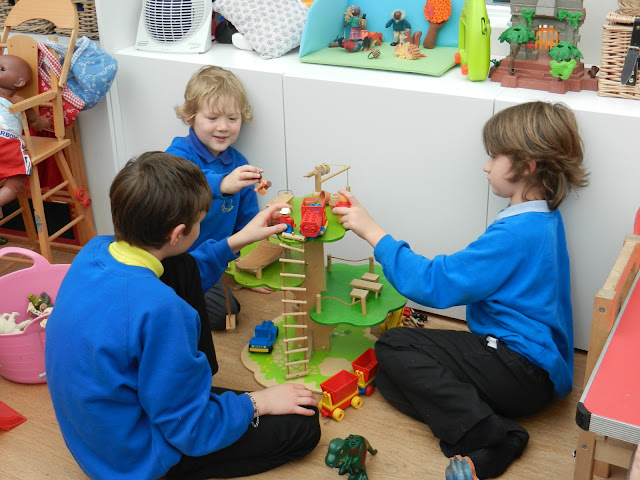 At this point little “E”s man was complaining his bottom was burning and “W” was laughing and telling him to not sit on the cooker then! lol
The girls spent most of the afternoon in the garden. After dinner everyone went out and made potions! Potions is a big thing at the moment! The ride on toys came out and the skateboards were being zoomed up and down the patio. The chickens were roaming around the garden getting in to everything and causing much excitement  Little “R” and Little “L” were VERY loud! Playing a game of running around and then stopping, screaming , laughing and then running again…. repeating this process over and over!
Brendan sat in the kitchen and made his Aunty Jacky a Birthday card! She likes clothes and shoes so he decorated it with this in mind! I love his spotty high healed sandals! The boy could be a designer lol! 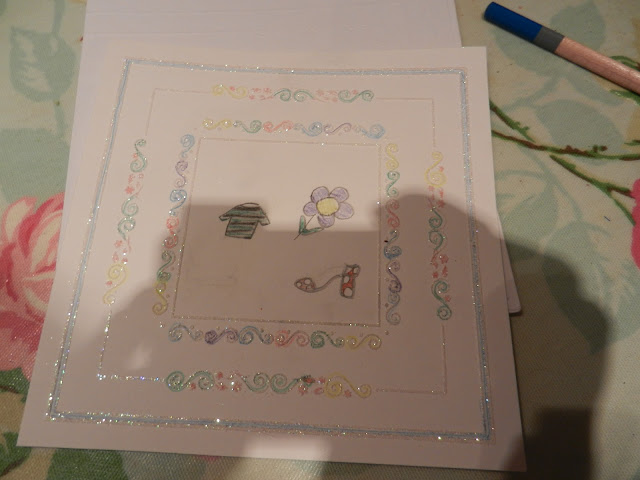 Once I had finished work and put the house back together we popped over to my parents house and spent the evening celebrating my sisters Birthday. Yummy Yummy cake! My sister is allergic to so many foods that it makes it very hard for her to have nice things. This was especially yummy for a cake that was free of EVERYTHING lol!! 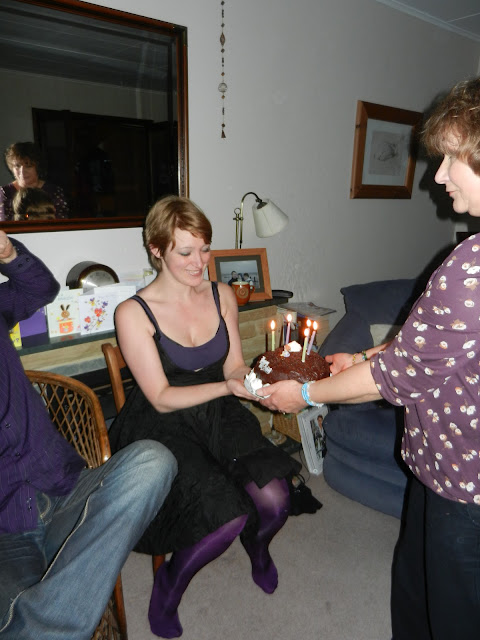 We had a lovely evening of family time. lots of giggles, the boys had some games of fuzeball with Ray and G-Daddy. We came home a bit later than planned and then brushed our teeth and got in our pj’s. Kenzie asked me for a cuddle in bed so we all curled up in their room and the 3 of us listened to Winnie  the Pooh stories until the boys fell asleep.

SITTING IN A BUCKET!