This morning Kenzie came in to our room and gave me a cuddle in bed. This is quite normal. But the conversation was very much about not being allowed telly. How many sleeps? is that a long  time? what can I do?

I talked through the plan again with him and gave him a few ideas of things he could do. I said it was a bit early for mummy and daddy to be getting up, he could stay here and have a snuggle or go down and play something quietly or read a book. We talked about what I did when I was little.  How reading a book can feel like tv because the pictures in your head are like watching the story you are reading.

I left him to settle for half hour and then went downstairs to join him. We had breakfast together and decided to play “Guess who”. So that’s what we did. We had a few games and then Brendan woke up and the boys played that together for a good long while. 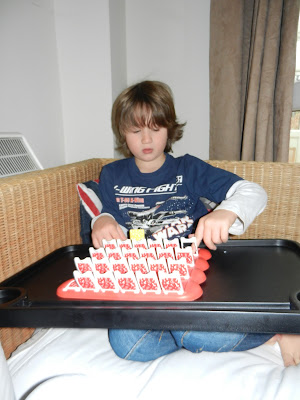 We popped in to town so that Brendan could do his War hammer and I looked for a few cheap and fun things for them to do over the next couple of weeks. I got some shrinkles to make and a new card game and a couple of tins of watercolours.

We stopped at our usual cafe and had Fruit Frappe’s and lunch and then set off home. 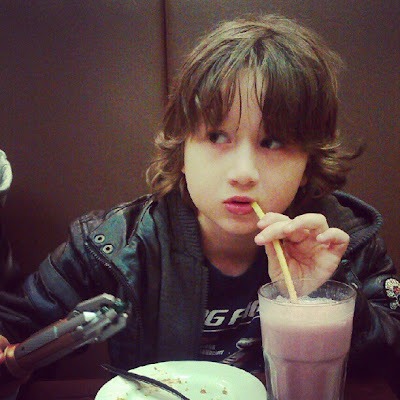 The boys played with Bayblades once home.The rain has been falling ALL day… non stop! So very little chance for a trip to the park 🙁 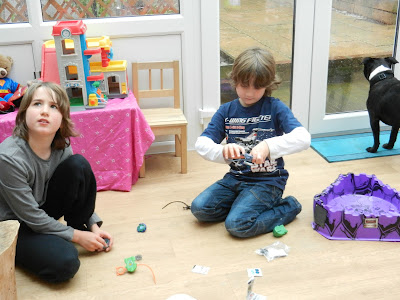 Every now and then Kenzie would come and talk to me about “No screen time”. If he is a good boy will he get it as a treat. I again reminded him of what is happening and why it is happening and then asked him if he would like me to help him with his homework.
So that was our next activity. Looking round the house for Cylindrical objects to draw and label. 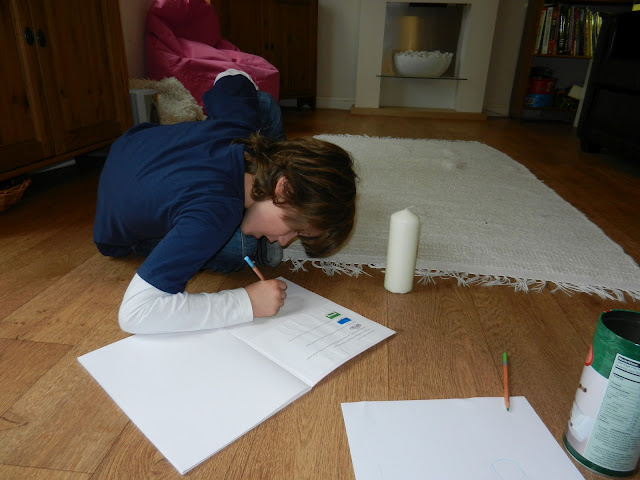 After that he asked to do some painting. So I set that up in the kitchen and then made a cup of Tea and read my Childminding magazine. He painted some lovely pictures! 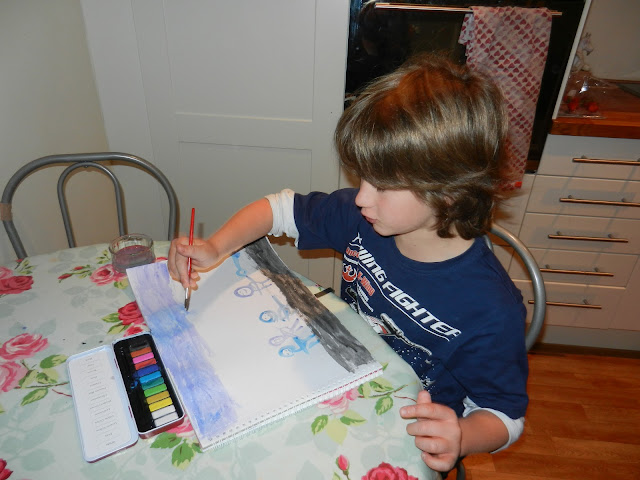 Kenzie went upstairs to make a den under his bed. I think we needed some space at this point as he was getting a bit cross about our new set up and was not being very kind in his tone, when speaking to me. So he made a den under his bed and chilled out for a bit while Brendan and I played a new snap game all about the UK. Very good fun and educational too! 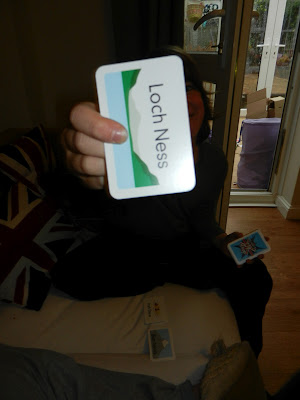 Kenzie came down with his Dr Who board game and asked if we could play it, so we had a game of that too. It is quite a fast paced game as the board keeps moving and changing! 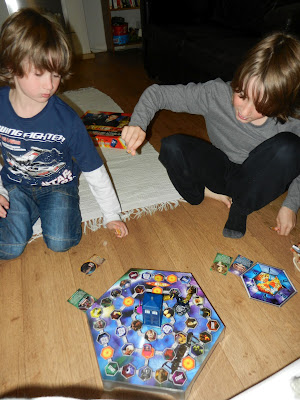 By this point it was time for me to finish making our roast dinner. The boys had showers and Brendan did his homework, all on the Battle of Britain. He seemed to really enjoy this homework. Then they got out the wooden building blocks and skylander figures and a couple of Tardis’s and a sonic screwdriver and created their own imaginary world with it all. This carried them through till dinner and then again for a good hour and a half after dinner. It was lovely to watch, They became so engrossed in it. lots of cooperation, sharing and conversation. 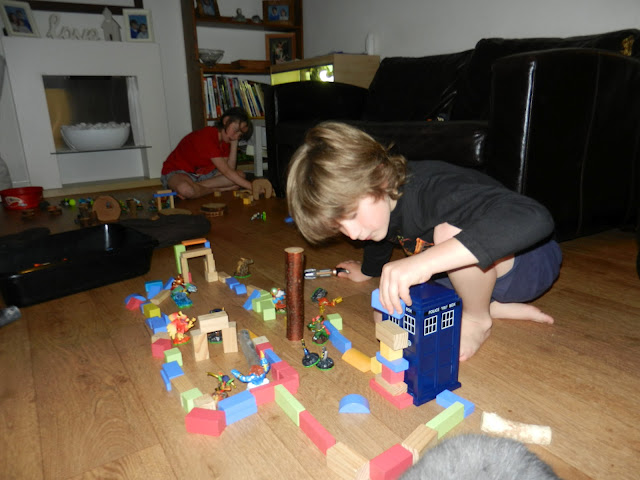 Before we knew it, it was time for bed….. just as the power went out. Typical of this village. We only have electric here and it’s always cutting out in bad weather. Todays torrential, non stop rain was bound to cause problems. So we all settled down to rest in candle light. Very relaxing!

Not a bad 1st day. We have  had a couple of moments which is to be expected. I have had to guide Kenzie at times but Brendan seems to have found all sorts of things to do with his time. Once they have been settled at something though, the play has flowed, easy and free! They have such wonderful imaginations and are so creative! It has made me even more determined not to let them loose that ability to mindless tv shows.