The rain has been pouring down all day and the Playbus that comes to our village broke down. So we had to re think our days plans. We decided to make our Fathers Day cards, which I have talked about in the previous post and then played with Space toys. “E” had a great time flying the space Rocket and making the Aliens invade. Little “L” wanted to help. I am not sure it was welcomed very much.
Once we had finished our lunch and Little “L” had gone to bed, “E” and I sat down to do some more letter and number work.
I let him choose which sheets he wanted to do and he chose one where he had to say the number “one more than…..” I was so surprised that he just got this concept. It did a lot to boost his confidence. He got it right every time. I wrote the number in the box for him and he traced over it! He recognised all the numbers in the questions as well. He also said number 7’s are easy to write! 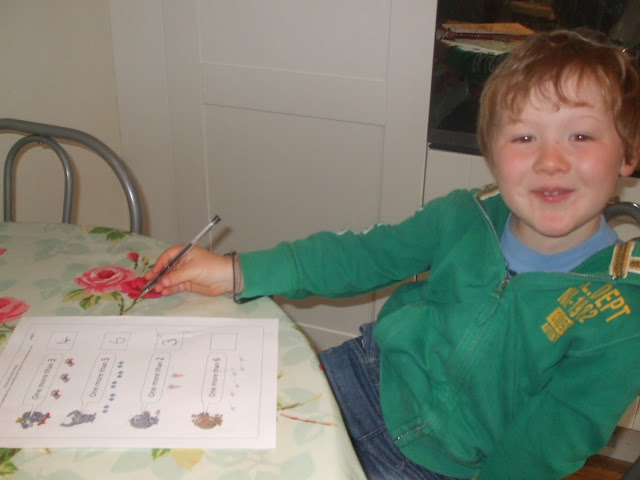 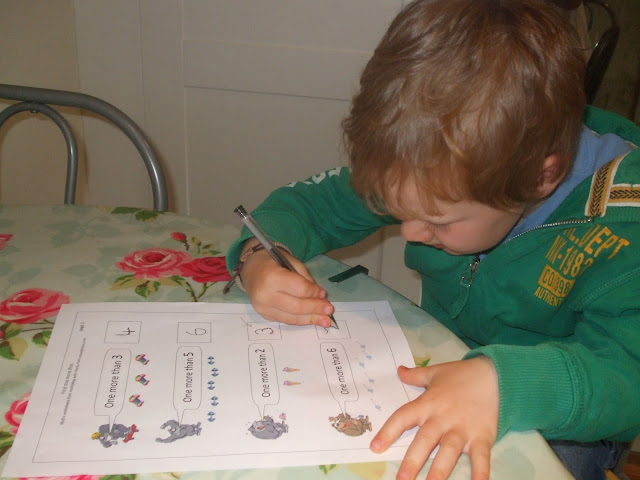 Then he asked to do the leaf sheet. He had to colour the leaves with the colour asked  in the question. 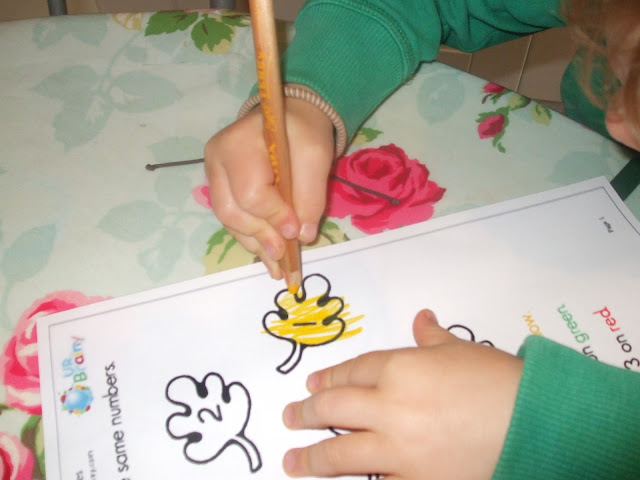 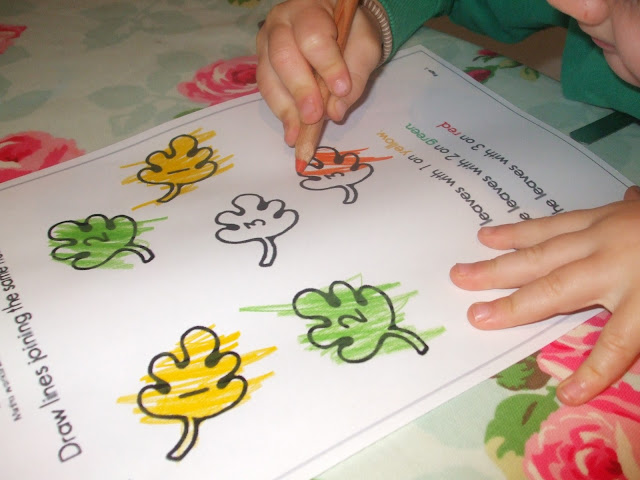 Then he saw one with Rockets on. He got very excited about this and started to talk about his earlier game with the Space toys. We talked about working across the page from left to right, which he had remembered from our last writing session. When he drew over the stars he used lots of mathmatical language. Talking about their size and shape, using words like “small, medium big and tiny”. 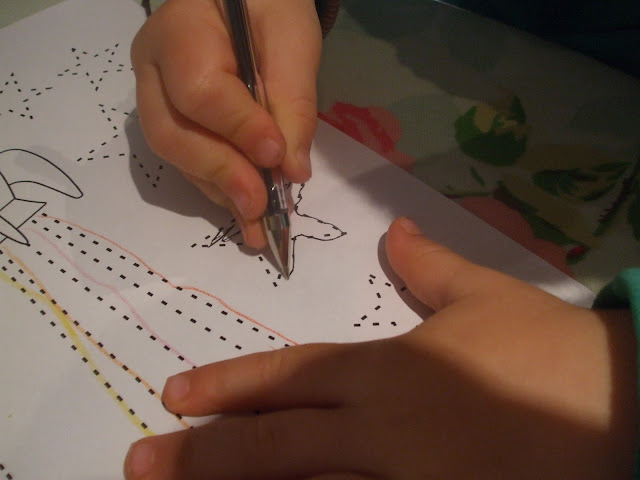 He then remembered a toy we haven’t played with in ages.  He asked for the knights and fort set. This is a lovely toy that my parents and sisters bought for Brendan when he was little and we have added new figures to it as time has gone along. 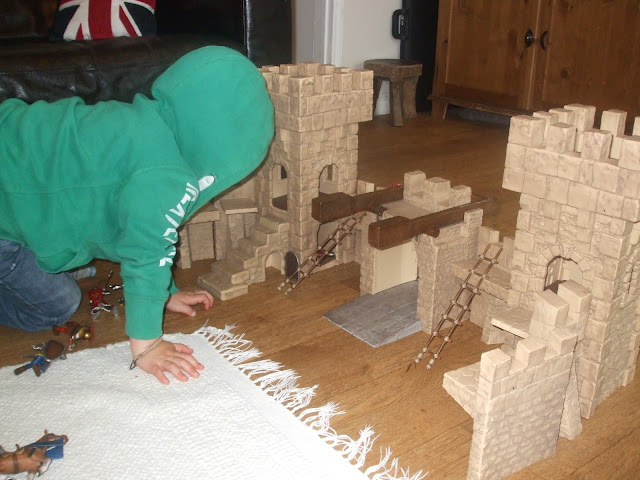 Little “L” woke from her sleep. She loved the horses and ran off with the Princess. That was ok though as “E” had banished the Princess from the game. The King didn’t need a girl in his Castle apparently. He was VERY powerful and had his knights…. no room for girls! What can you say to that? 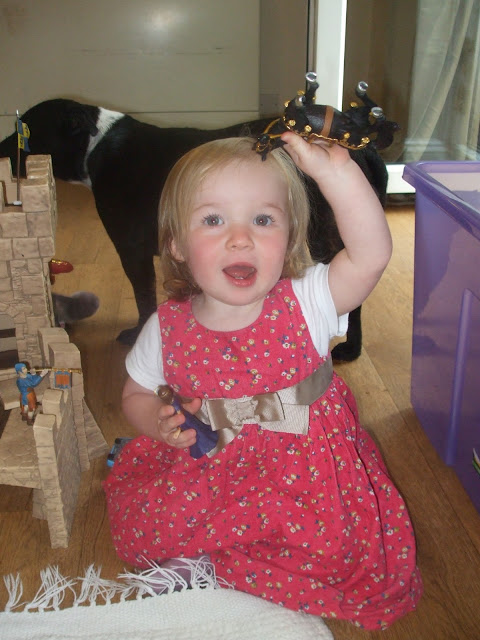 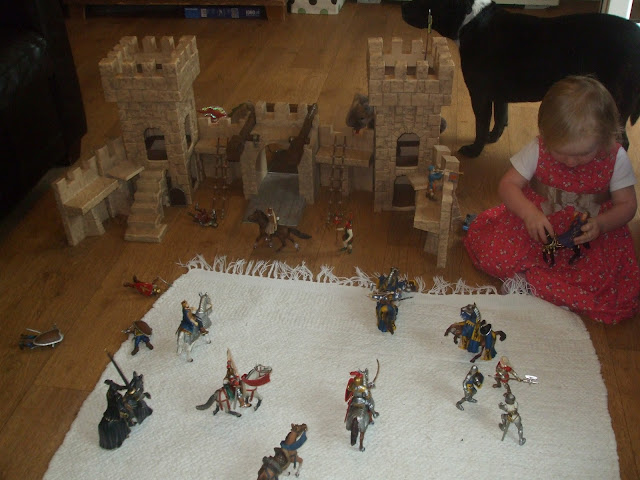 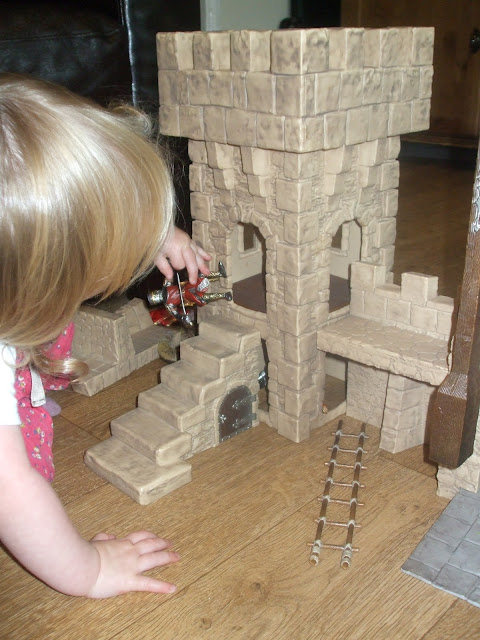 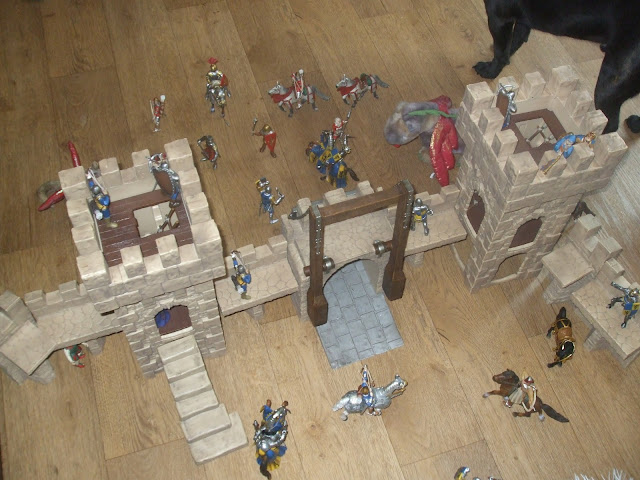 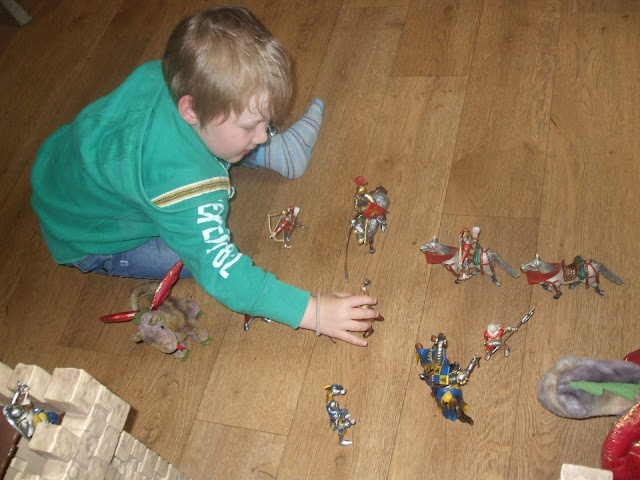 Little “L” became engrossed in a Princess board book which had touchy feely bits in it! 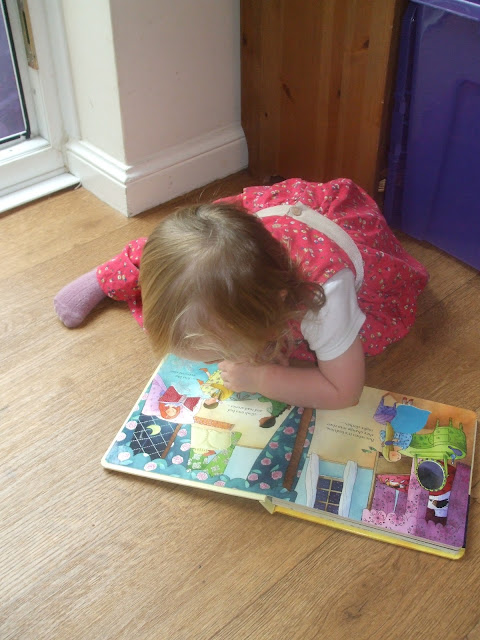 We worked on the foam number puzzle together as well. Then spent quite a while running up and down the puzzle and pushing cars along it. 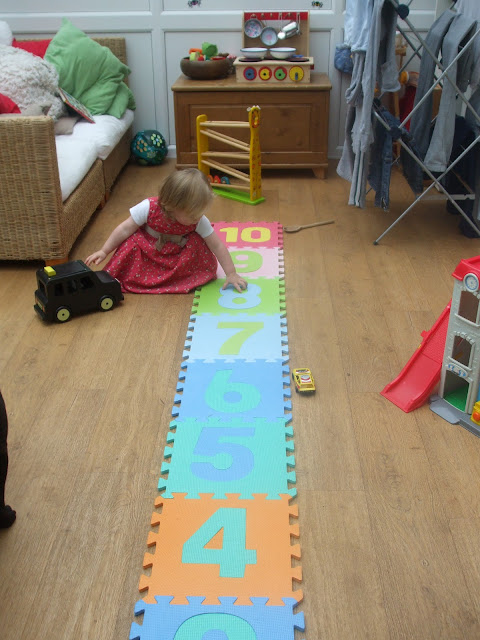 This evening Kenzie and I worked some more on his Jubilee scrap book. He wants to take it in to school tomorrow to show his teachers! 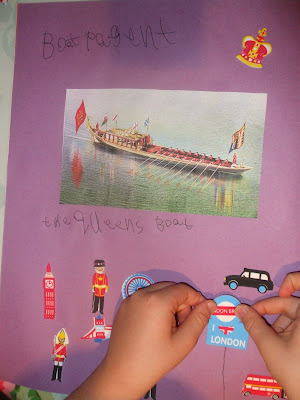 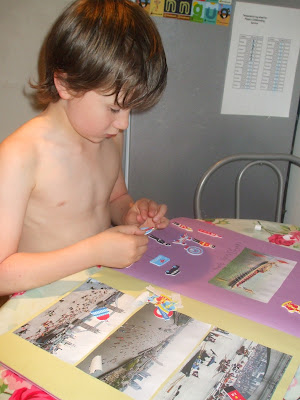 PLAYDOUGH TAKING A LIFE OF IT’S OWN!