Today we worked on our pincer grip a bit more. We set about making firework pictures using pipettes to drop food colouring on to coffee filter papers.  I showed the children the movement that they needed to be able to make the pipettes work. To suck up and the squirt out the coloured liquid. 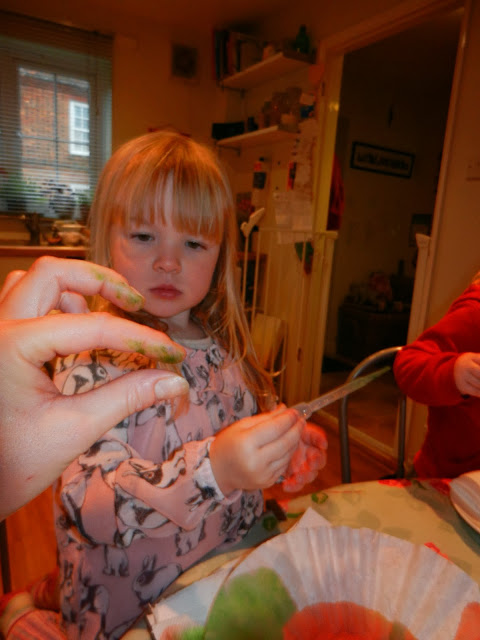 They all showed me their duck hands! We quacked a little bit too and then picked up the pipettes in our duck beaks! 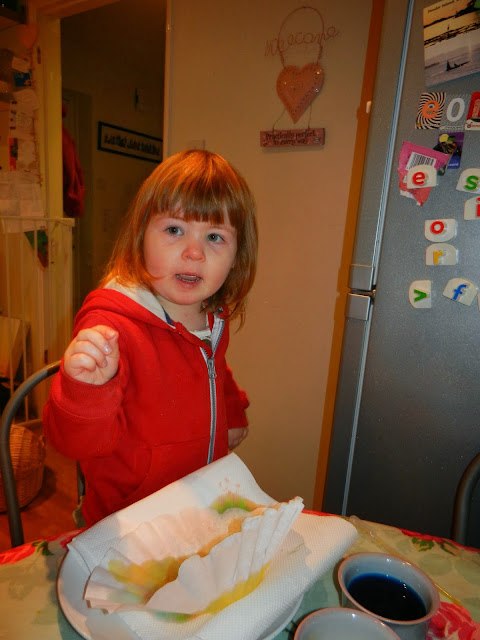 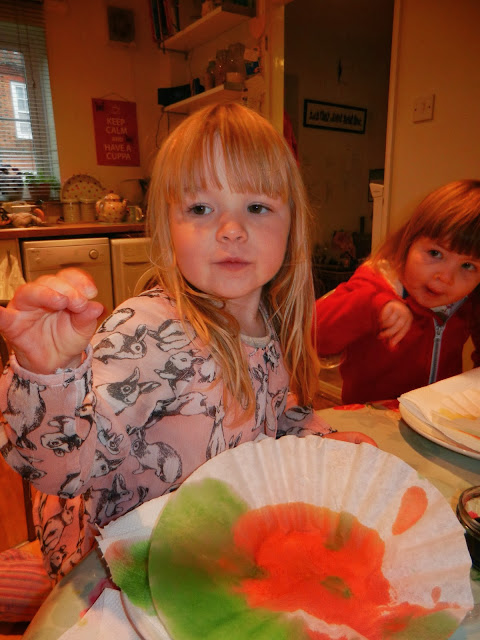 They carefully practised sucking up the liquid and squiring it back out again. Checking the pipettes to see if the contained anything 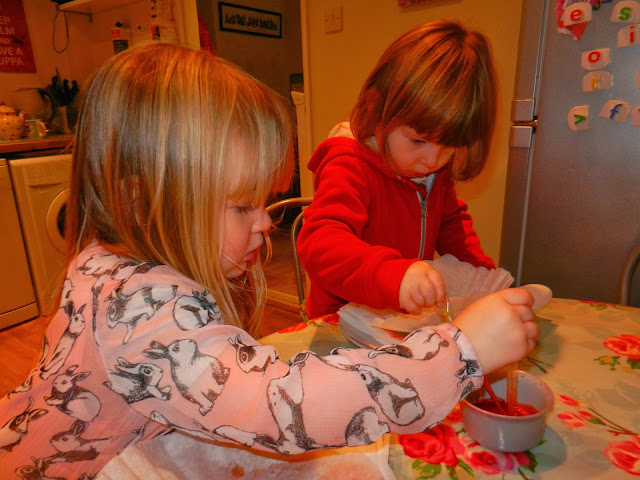 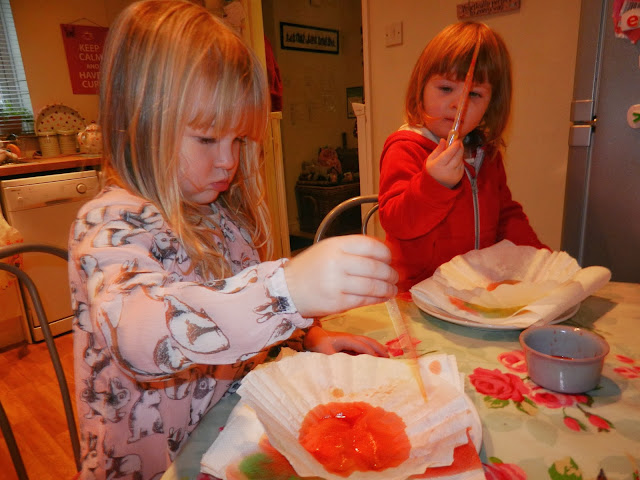 After several attempts they were becoming very capable at making them work and started to even do little drops by gently squeezing the end rather than just pushing all the liquid out in one go. This took a lot more control and a steady hand.

After a short while I noticed that both of the girls had chosen the same colour pattern and made pictures that looked like Poppies! This was very fortunate as it gave me the opportunity to bring up the conversation of Remembrance Day and lay a seed of thought for tomorrows play. We are keeping the details very basic for this year. The girls are too young to really understand but I told them that Poppies help us remember the people who died in the war protecting our country. These are special people and we must remember them. That seemed to be enough for the girls at this stage. 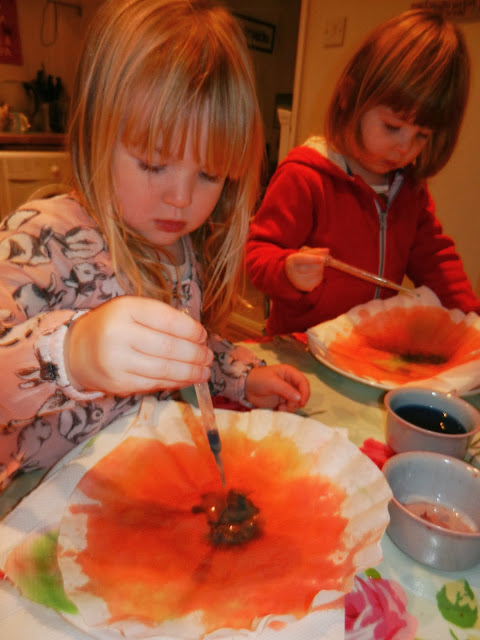 They looked very pretty hanging on the line to dry! 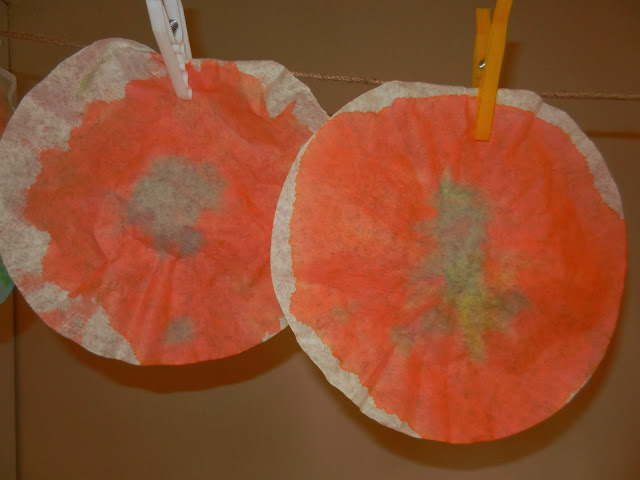 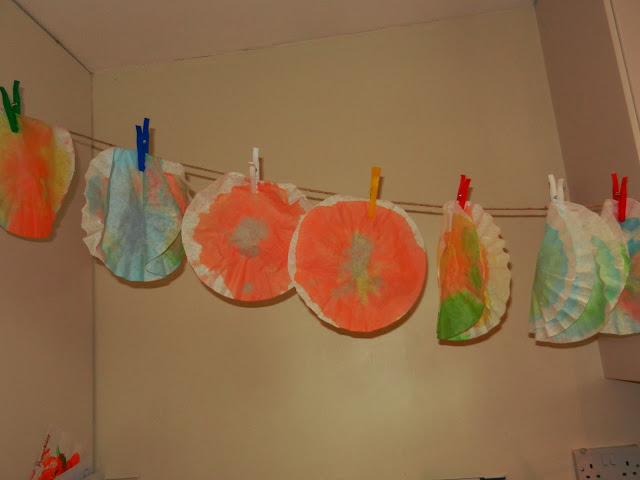 CHARACTERISTICS OF EFFECTIVE LEARNING:Today’s craft started as a way to strengthen finger muscles and practice the girls pincer grip skill but ended up leading on to a conversation about Remembrance Day. I love how my plans can so easily be changed by a child’s ideas. Even though both of the girls found the squeezing and sucking up of the liquid tricky to start with, they were both willing to have a go. They both managed to grasp the concept and stuck with it till they achieved the desired outcome. They were motivated and keen to be able to do it themselves. They were focused and concentrating for nearly half an hour on this. They discussed the colours used and when two colours mixed to make a new one, they seemed amazed and tried to recreate that effect again by mixing more colours together. I must look at more colour mixing activities for them to try so that they can explore this further.