Little “H” is a very active child and is not normally one for sitting for any length of time. He is very physical and likes to move around and climb.
The one play activity that he often chooses and will become engaged in for a length of time is cars and trains. He also likes the farm set with the tractors.
On this morning he had pulled out both the train and the car box. I helped him link the train track together in a circle and chowed him how the trains fit on the track and can drive along it. As soon as i sat back he took all of the trains off the track and sat back down. I watched what he wanted to do as it was clear he didn’t want trains!
He sat next to the car box and started to reach in and pull one car out at a time. He then placed each one on the track in front of him. When he added another car he would use the new one to push the line of cars forward a few inches. This process was repeated over and over for a good 10 minutes. 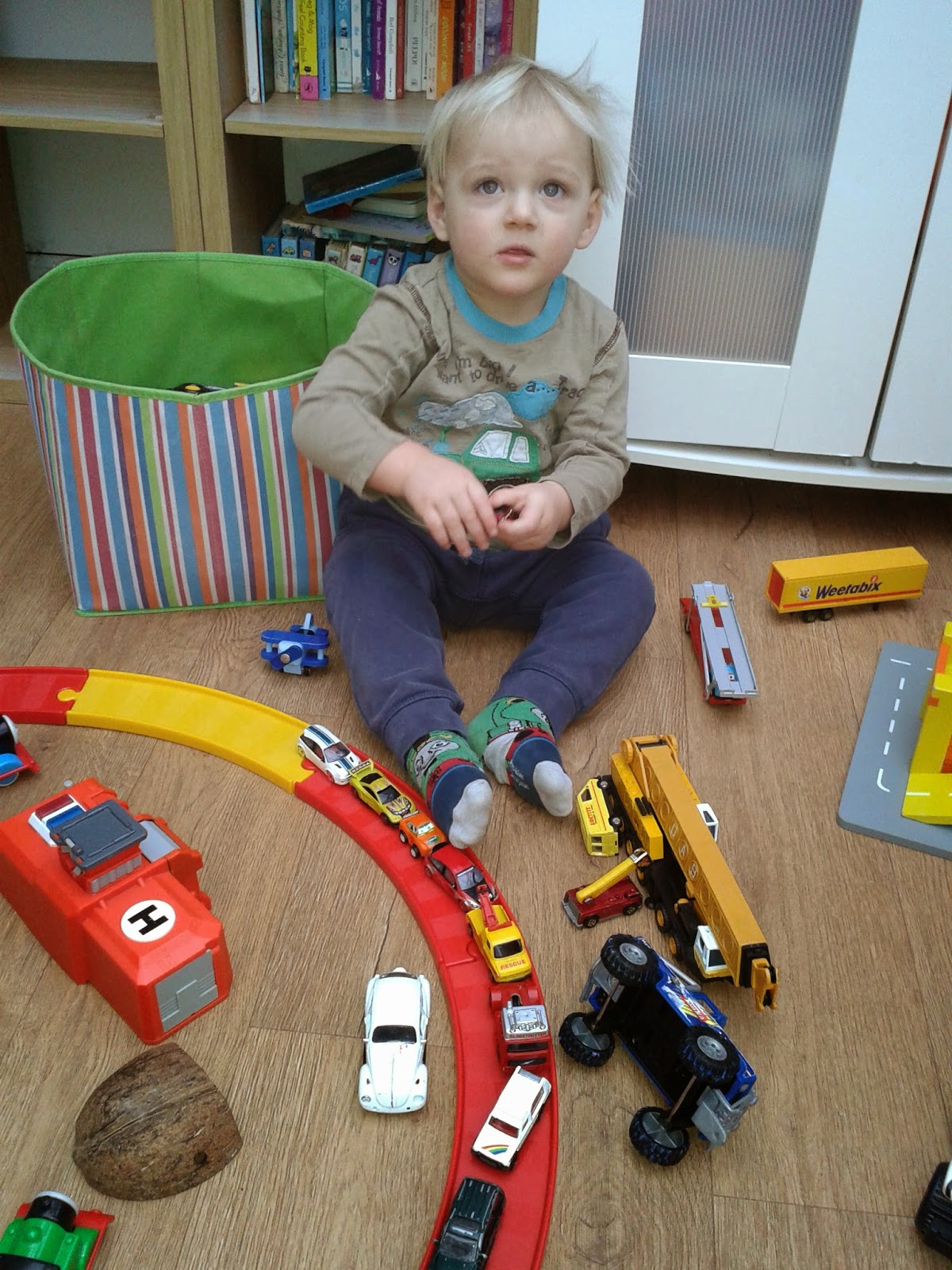 Little “M” came in to the room and stood watching “H” for a while.
“Cars”………. “Cars”
She sat on the edge of “H”‘s play and watched him. He looked up at her and laughed.
“M” took this as an invitation to sit with him and start placing cars on the track herself.
“H” watched her and then went back to adding cars to his line. 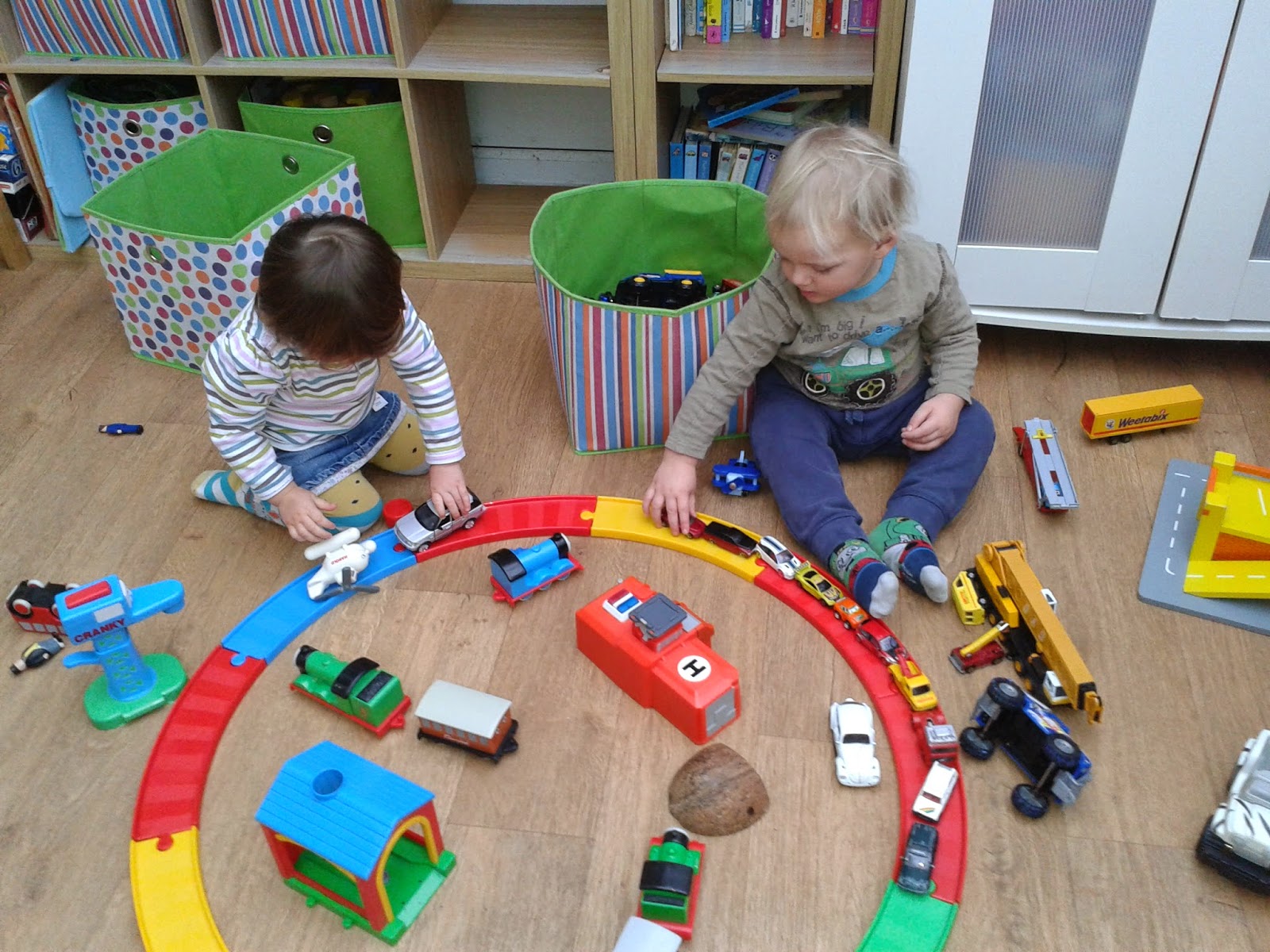 “M” started to add her cars to his line. ” cars H…” She kept using his name and looking at him as she added the cars. He laughed again. 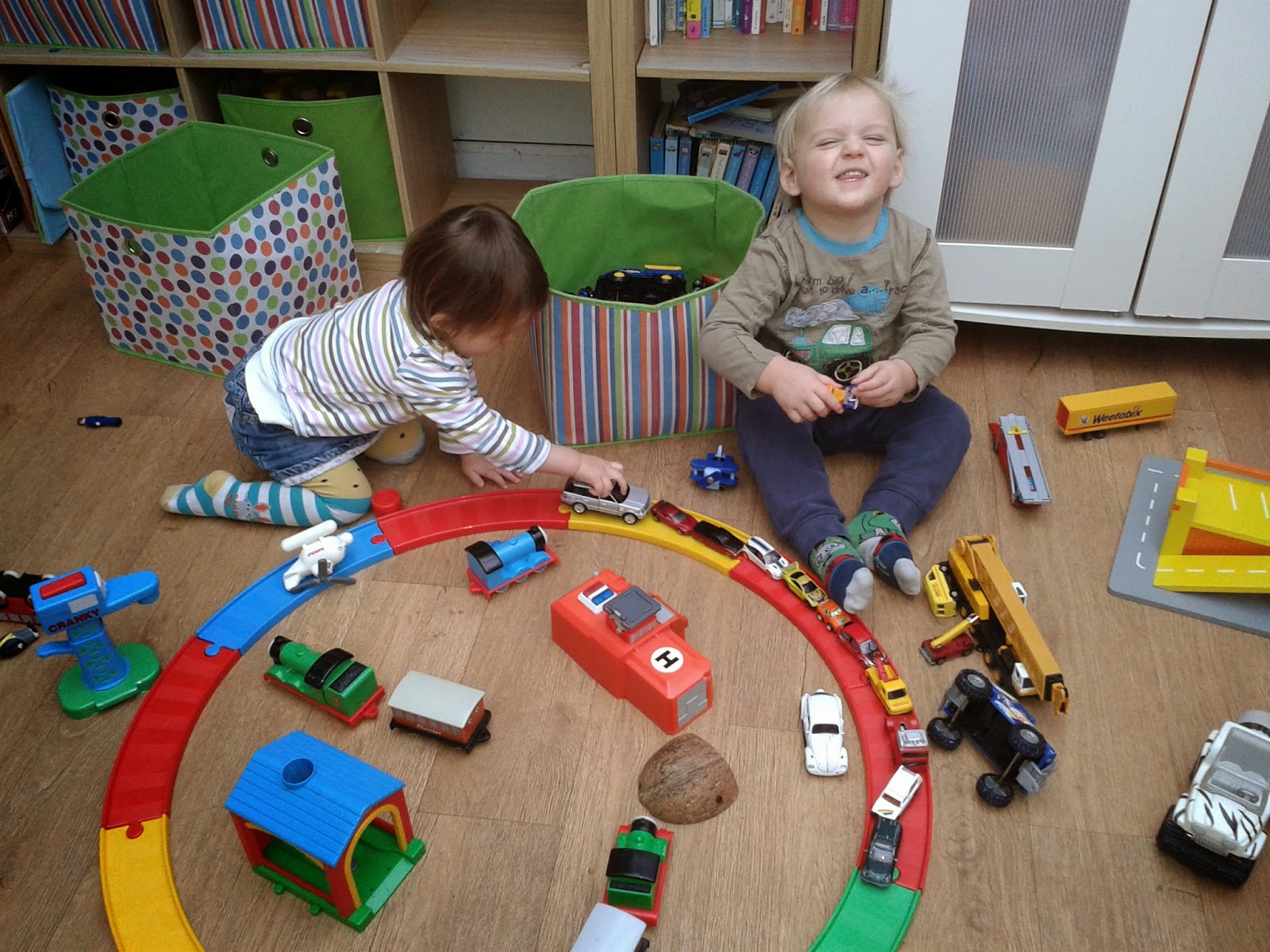 “M” crawled closer and started to move his cars forward.  She looked at him  as if to check his thoughts on this. He was happy for her to join in and watched her move them along the line. 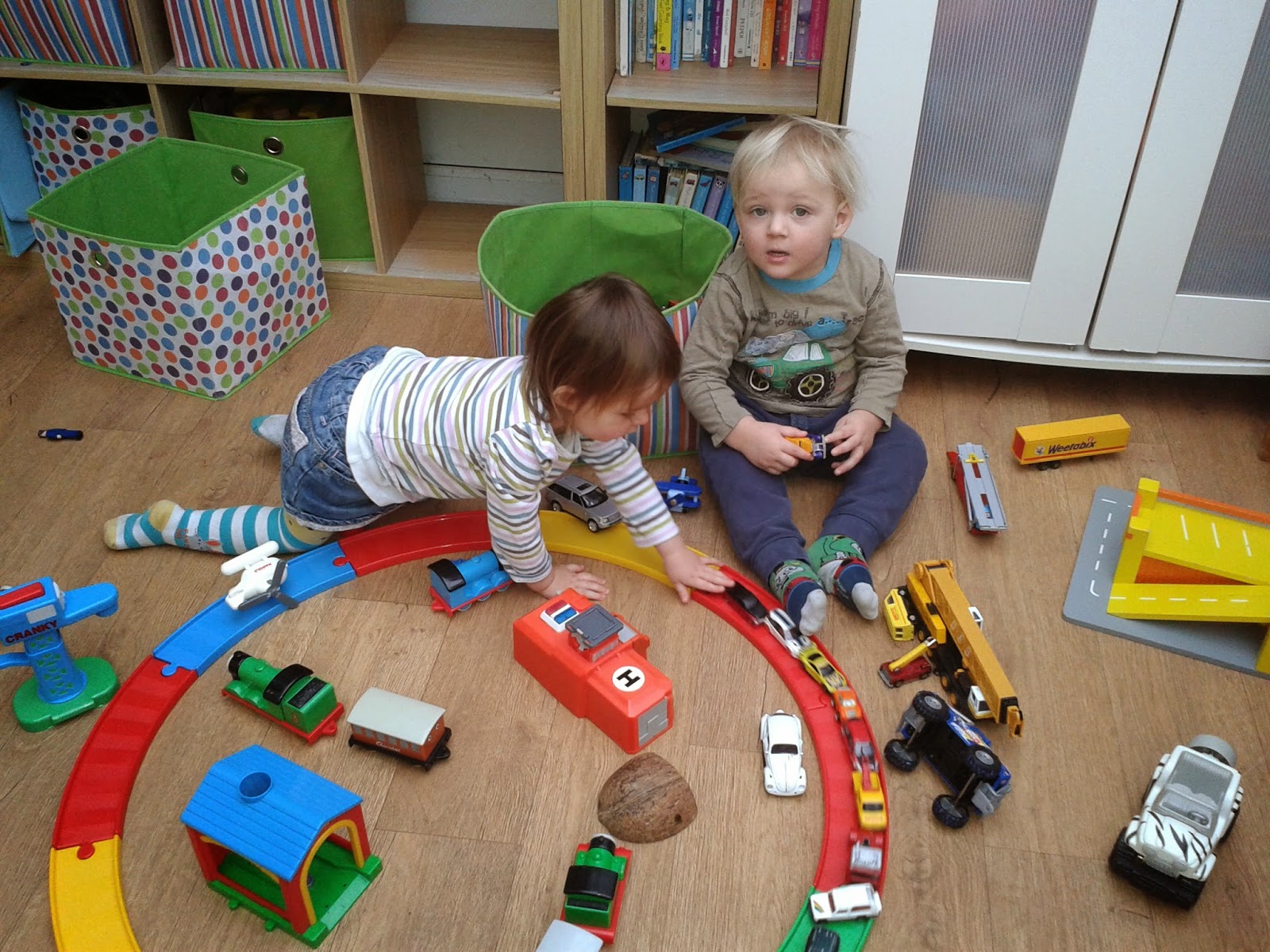 After she sat back he started to add cars to the line again. They seemed to enjoy this self initiated, joint task and despite limited vocabulary, they understood each other and used babbling, facial expressions and body language to play along side each other on the same activity. 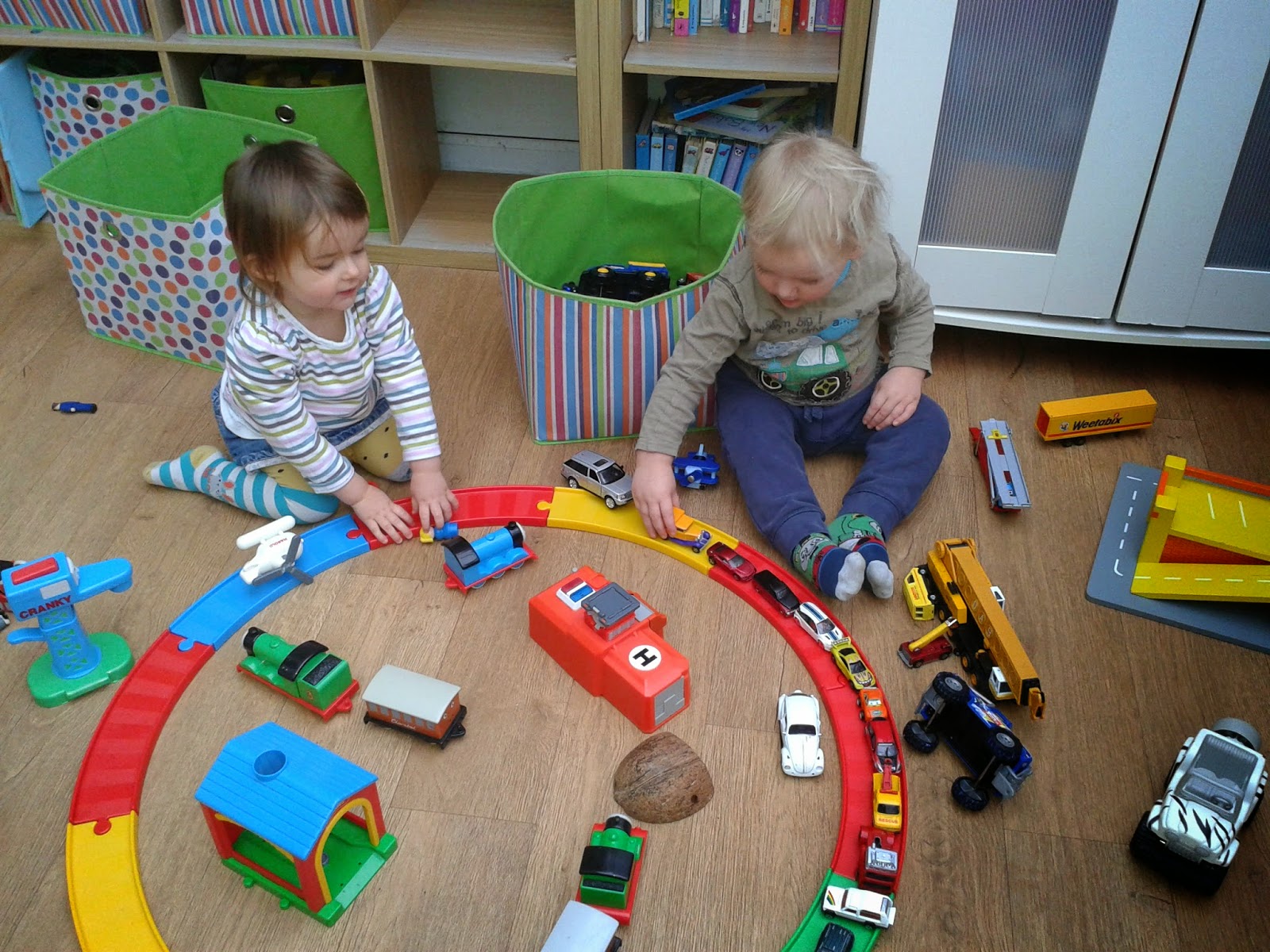 LEARNING INTENTIONS AND IDEAS FOR EXTENDING LEARNING:
NEXT STEPS:
CHARACTERISTICS OF EFFECTIVE LEARNING:
Little “H”  showed a lot of focus in this self initiated play activity and started his own task of lining up the cars on the track. He made it clear that he wanted help to build the track and that he did not want the trains on it. Expressing his own preferences and interests. He did this despite having very few words. He shared his play with “M” and made it clear to her that she was welcome to join him. He had it set in his mind how he wanted the cars to be placed and he lined them all up one after another. They were all facing the same way.
Little “M” showed some great social maturity in this observation. She did not rush in, but waited to be invited and then joined “H” in lining up the cars. She took his lead and spoke to him as she played. She showed an interest in his play and wanted to share it with him. She is very keen on “H” and enjoys his company. When he goes home she often calls for him. I think we have a lovely friendship blossoming!
Today’s play, meets the following EYFS Prime and specific areas: