Little “E” and I had some one to one time this morning while the girls had a nap.

I took this time to have a chat with him about the Jubilee. I had some lovely picture and word cards that I printed from a website (can’t remember which now though) and laminated and cut out to use with the children. I am not really one for flash card teaching but it’s quite hard to show him the royal family in person! We had a little chat about who the Queen is and what she does, explained that this Jubilee is celebrating 60 years of her being the Queen and what we will be doing in our village to celebrate it! He seemed to take in quite a lot.

Then we played with our new Olympics “Happyland” toys. I got a great discount in Mothercare on these, by buying their magazine at the counter. saved over £20!! Would not have known if it wasn’t for the very lovely lady at the counter telling me about it! These have been a big hit since they arrived and I am now thinking about selling my fisher price people and getting more of the Happyland toys.

We pretended to have races with the runners and the athletes in wheelchairs. Then we made the swimming guy dive in to the pool and the Queen and her Corgi went for a ride in the bus! 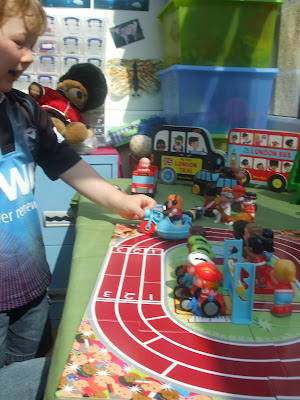 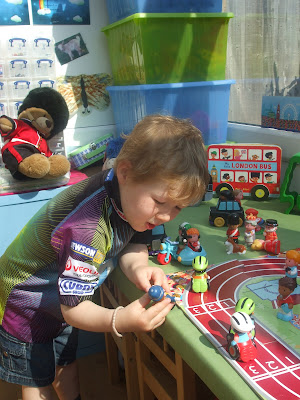 After a while we decided to make our own race up. I taped a tape measure to the floor and “E” got some cardboard which he set up as ramps, then we raced cars and made a record of how far each car went.
The ramps didn’t work as well as he had hoped and he got a bit cross with them so I suggested we make them in to bridges for our cars to drive under. He liked this idea! 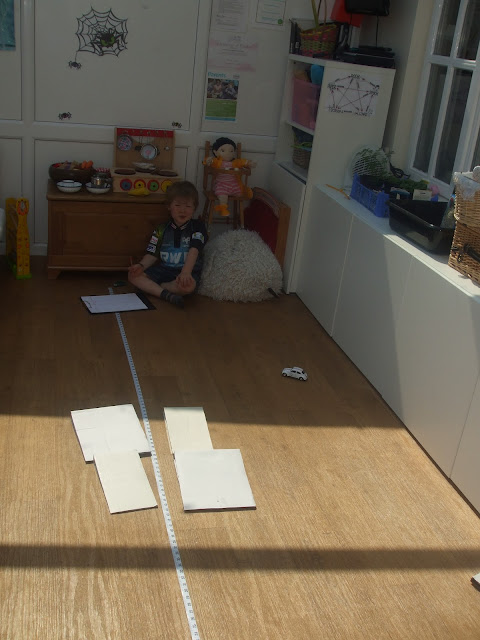 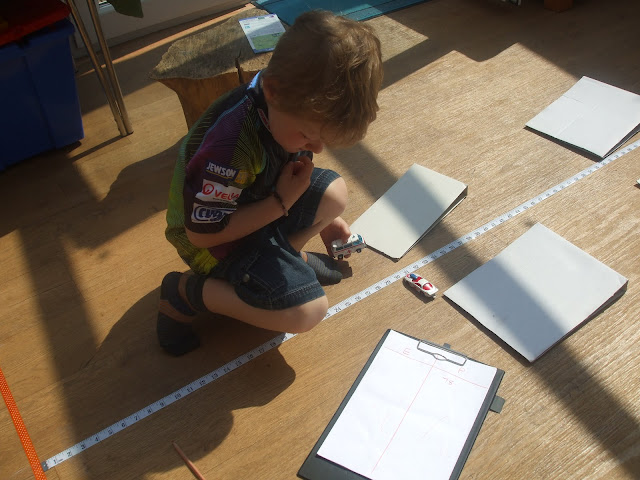 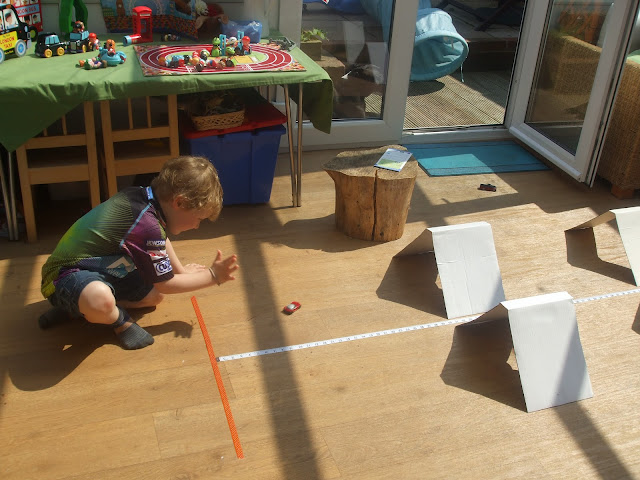 He was really good at recording his results. We crawled up to the point where our cars had stopped and looked at the numbers on that part of the tape measure. He told me the numbers he recognised. Individual numbers not the whole numbers. Then he would try and write them on the chart I made. Many of his marks are not yet resembling the real numbers but one or two looked very close. The “0” he could do and the “1” and he made a really good attempt at a “2” which I think is actually quite a tricky shape to write! We talked about who’s numbers were”bigger” and “smaller”, and who’s had got “longer” or “shorter”distance! Lots of mathematical language being used and practiced. 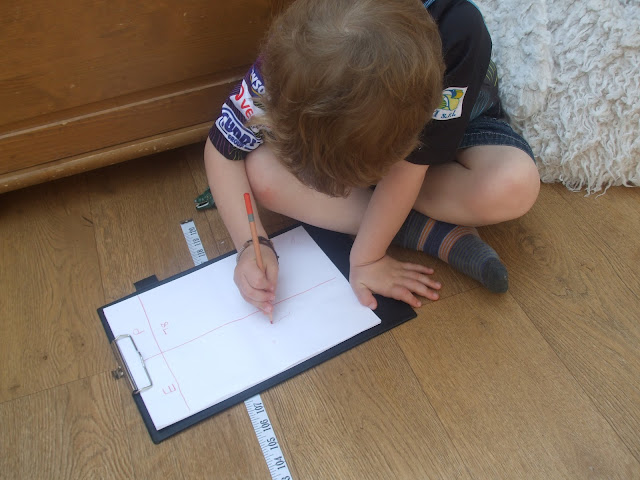 We then had some milk and a snack and watched this mornings footage of the Olympic torch relay.
Keep popping by for more Toddler and Pre-school Olympic play ideas!

MAGICAL FAIRYLAND IN THE GARDEN