We took a little walk down to the Outdoor Learning Centre today. The weather was really nice and just begging us to come out and play!
There are so many blackberry bushes at the entrance so we picked some for our snack as we walked in. 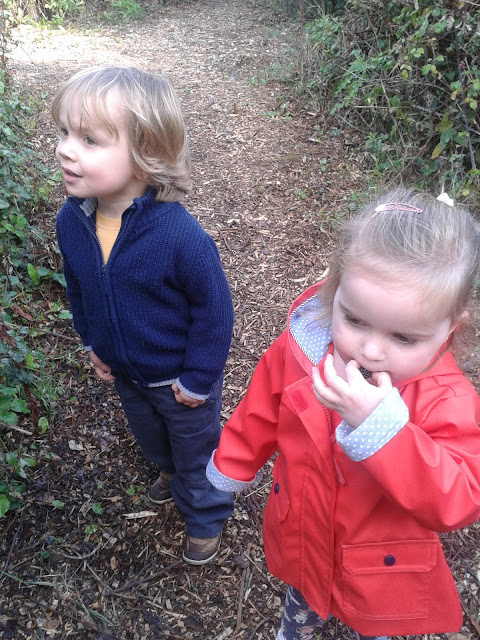 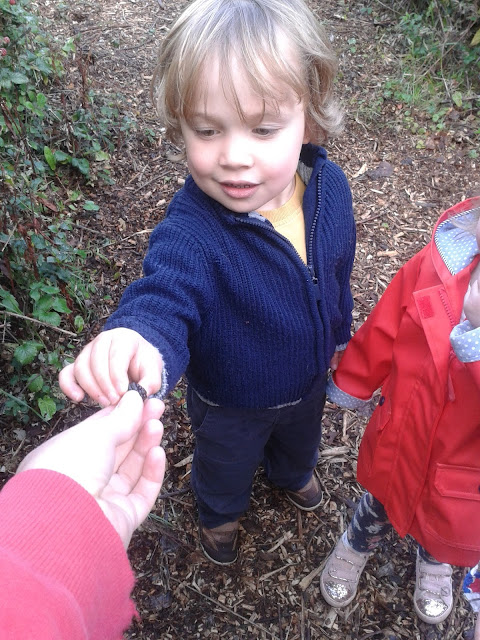 We spent a bit of time in the mud kitchen area. The pots often have rain water in them now so the children are keen to make some mixtures before doing anything else. 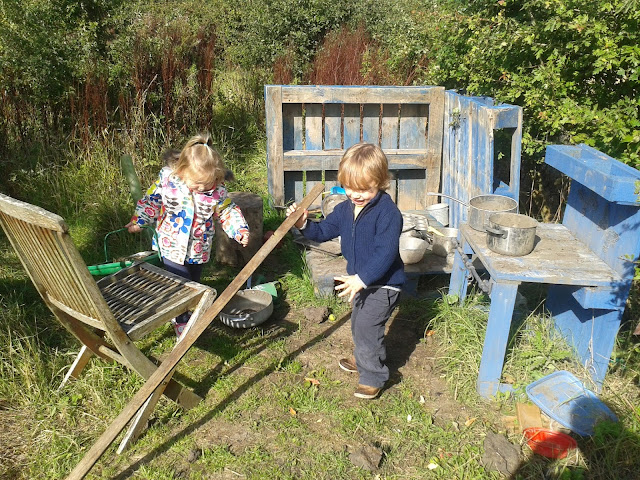 The site has quite a lot of tyres now which are just AWESOME for playing with. We built them up in to a castle and each of the children had a go at climbing to the highest point! 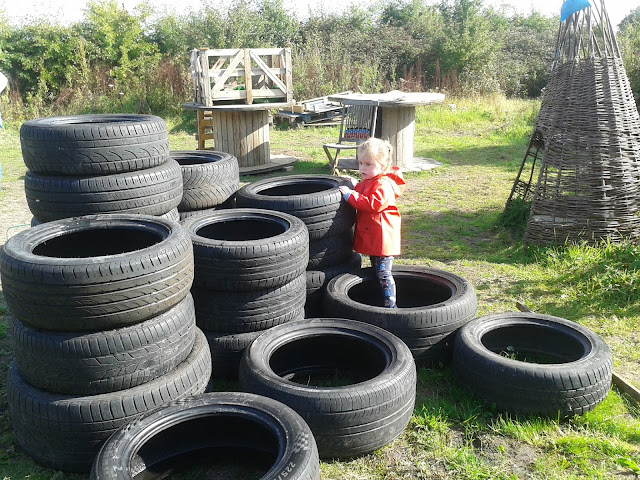 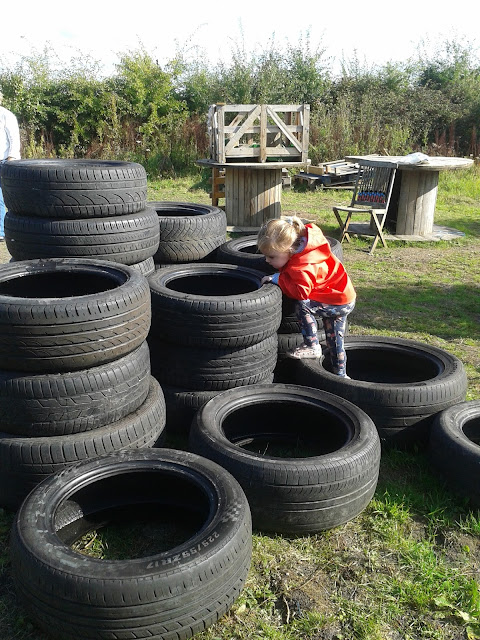 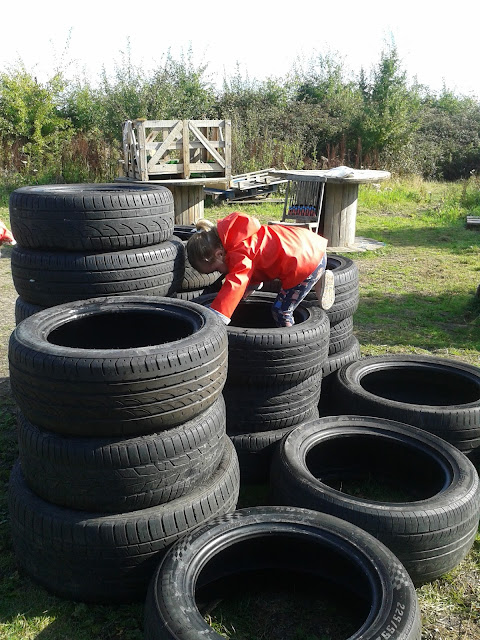 Little “E” got inside a tyre tower and it made us think of the Jack in the box song. We sang it and i pretended to push her back inside ready for her to jump up again!

“Jack in the box jumps up like this,
he shakes his arms as he waggles his head.
I gently press him down again,
saying Jack in the box, you most go to bed!” 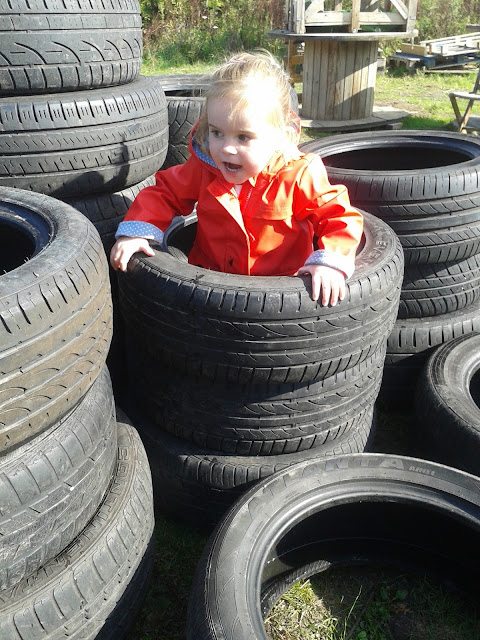 Little “J” showed super strength moving and arranging the tyers how he wanted them. 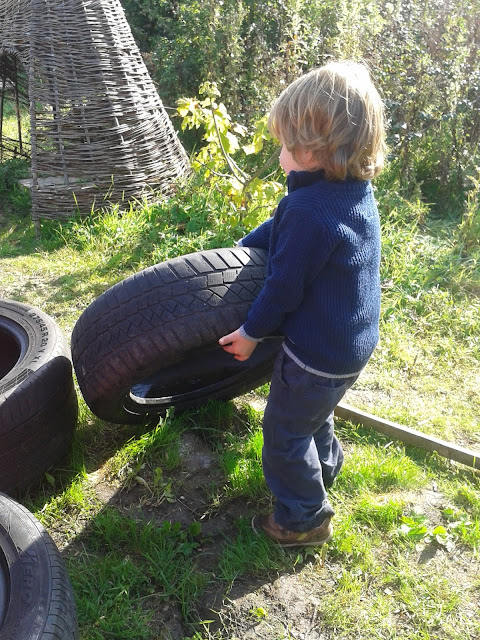 He loves to sit and watch car wheels roll as he pushes them along the floor. This was the same experience for him on a much larger scale! 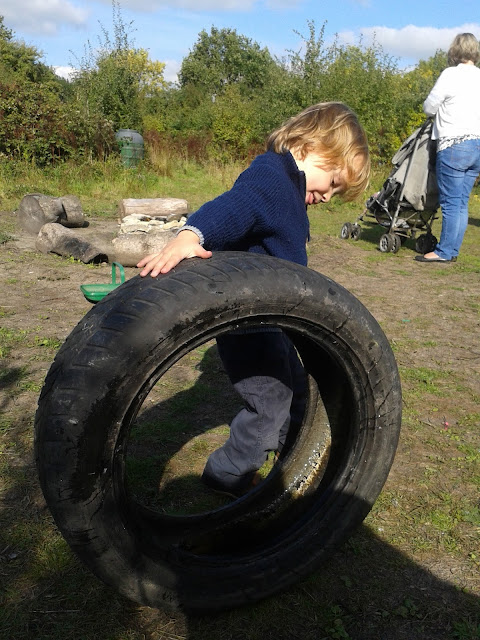 Little “B” shows no fear and tackled any part of the tower! Nothing was going to hold her back! 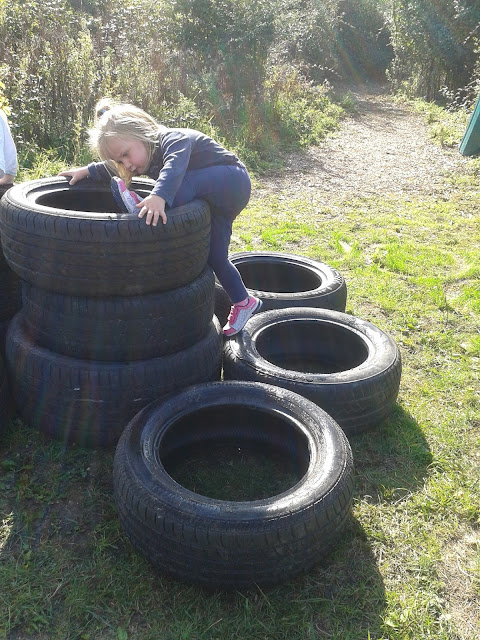 There were some great examples of working together and helping each other. “B” was finding it tricky getting her feet in the right places to climb in to the look out tower, so “E” talked her through it. Pointing to gaps and saying “put your foot there” and then helping by taking her hand and helping her up! 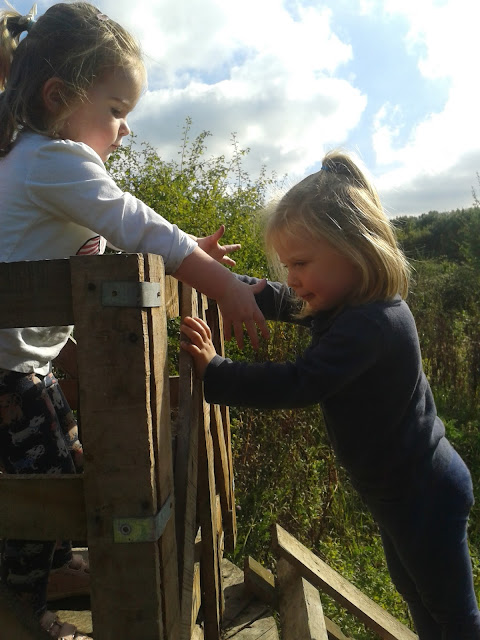 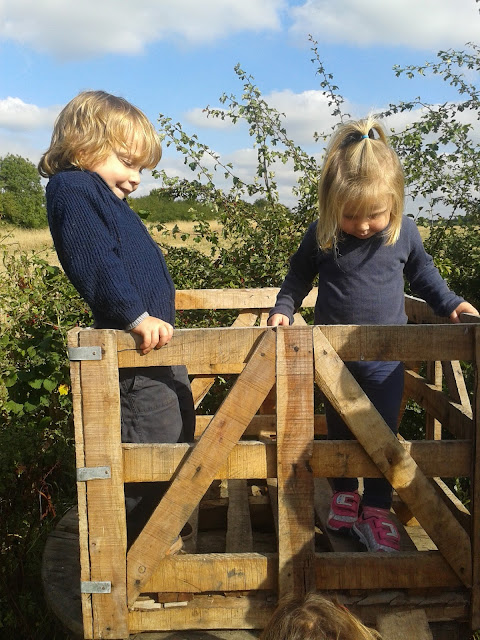 NEXT STEPS:
CHARACTERISTICS OF EFFECTIVE LEARNING:
Playing and exploring – engagement Finding out and exploring, Playing with what they know, Being willing to ‘have a go
Active learning – motivationBeing involved and concentrating, Keeping trying, Enjoying achieving what they set out to do
Creating and thinking critically – thinkingHaving their own ideas, Making links, Choosing ways to do things
Today’s play, meets the following EYFS Prime and specific areas: