I have not been feeling on best form today. We were meant to be going to a Toddler group but it required me to drive there and I was having giddy spells. So we stayed home and played lots! Here are some of the fun things we got up too. Most of it with very little input from me, which I think was a good thing in the end! I got to observe some great learning and development today and it has left me with some thoughts on what to plan next for each of the children.

Little “C” is becoming very mobile these days. She has been crawling a few weeks now and is starting to try and pull herself up at the edge of furniture. She is trying really hard but can’t quite push herself up with her legs. You can see her giving it a go in this photo! 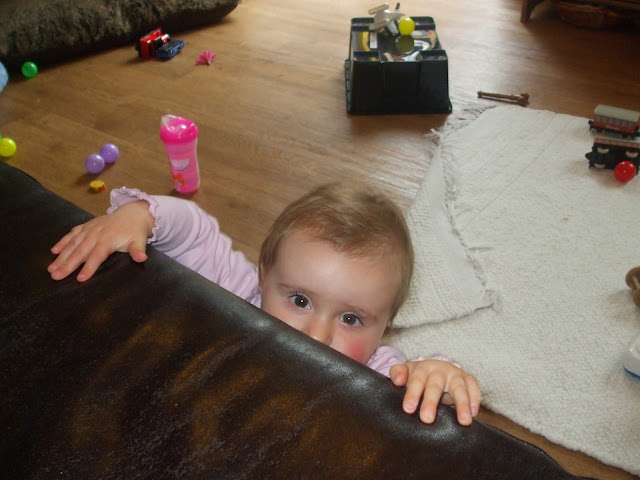 In the end she did get a bit frustrated so I lifted her up and Little “R” brought her balls from the ball box we had out.
Great sharing Little “R”! 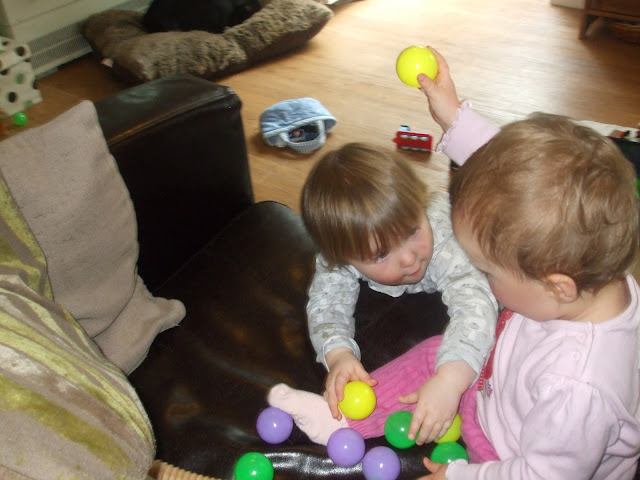 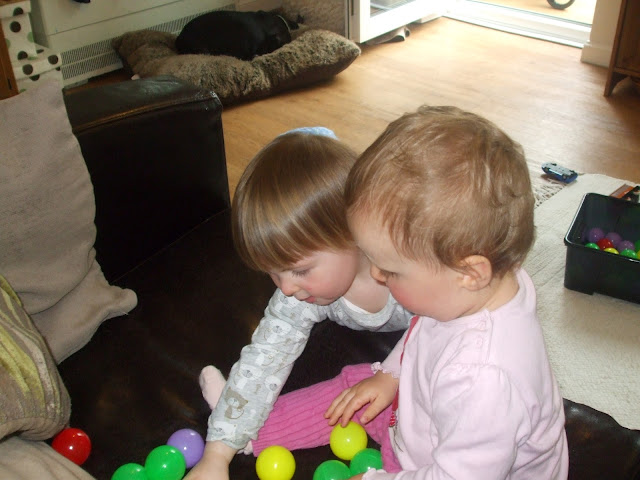 I set up the tunnel in the play room. It is a resource I always forget I have which means when I do bring it out, it is the cause of much excitement! 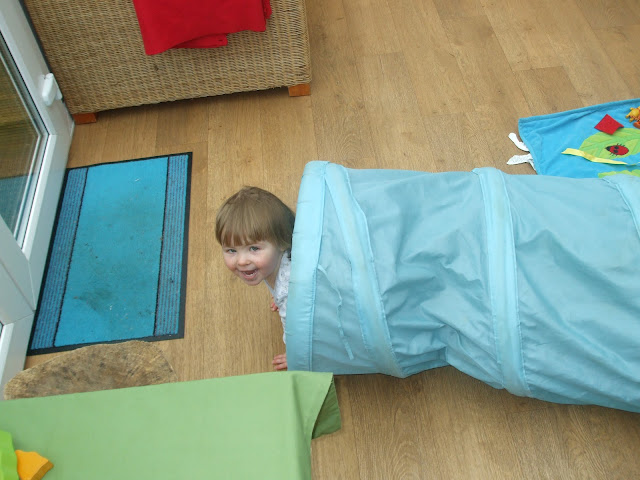 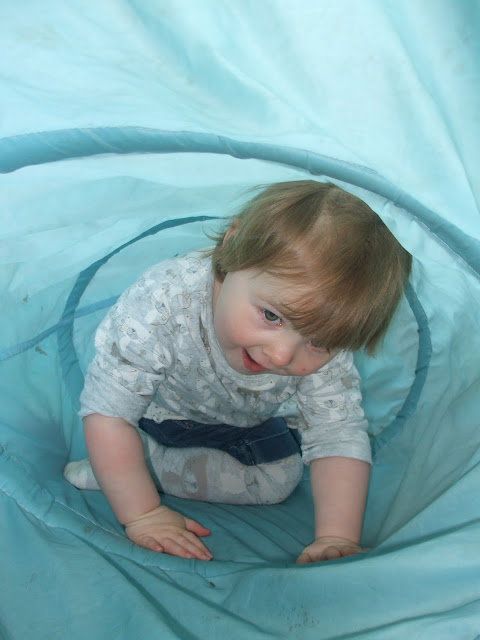 Once the boys got home, we saw some new games being created!  Kenzie got out his radio control car. He popped plastic bugs on the back of it and he and Brendan set up a game, where Brendan had to try and grab them, whilst he was in his tunnel. Kenzie would drive the car towards him and then back it up quick before Brendan could grab the bugs…… Brendan was pretty quick though. This was followed up by hysterical laughter! 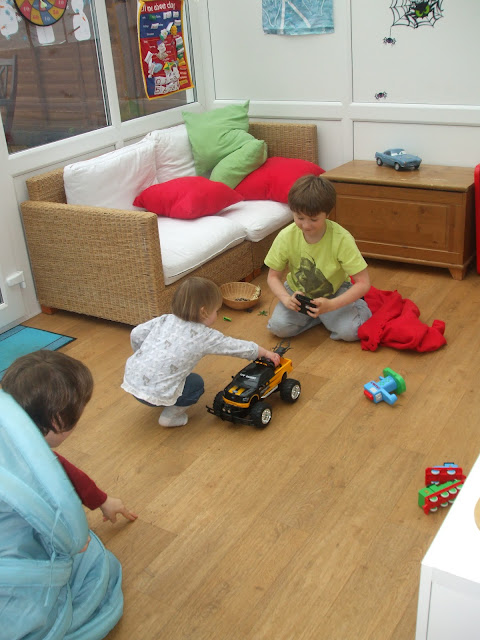 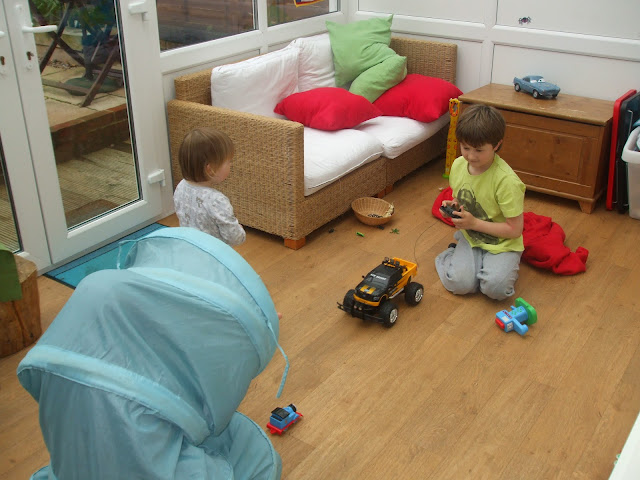 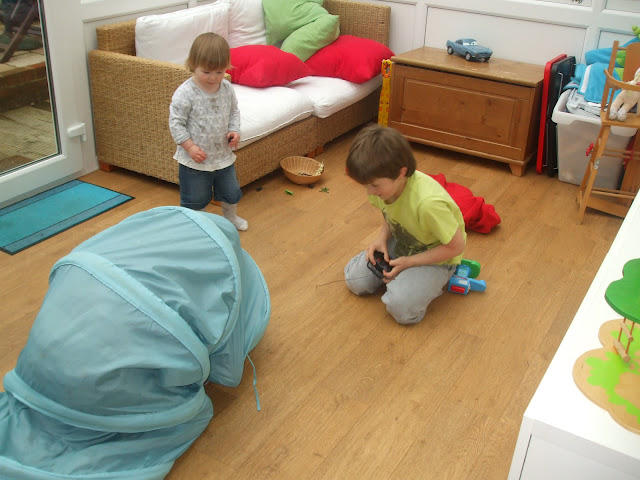 Kenzie and Little “R” played Alien bop. It has come out a few times this week. I think because it is quite easy for the little ones to play as well. I love this picture of Kenzie helping her to catch an Alien! 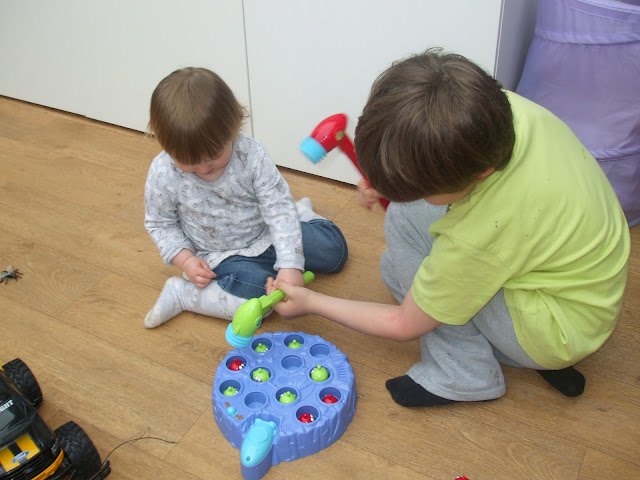 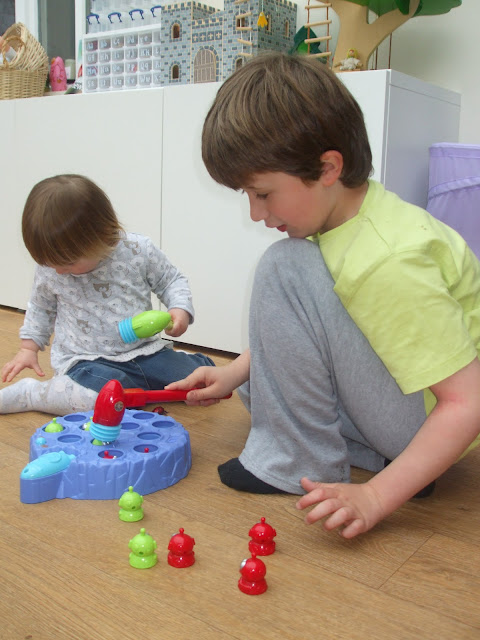 Then the Aliens got taken for a drive in the truck. He balanced them all up and then found out how fast he could drive it before they fell off! 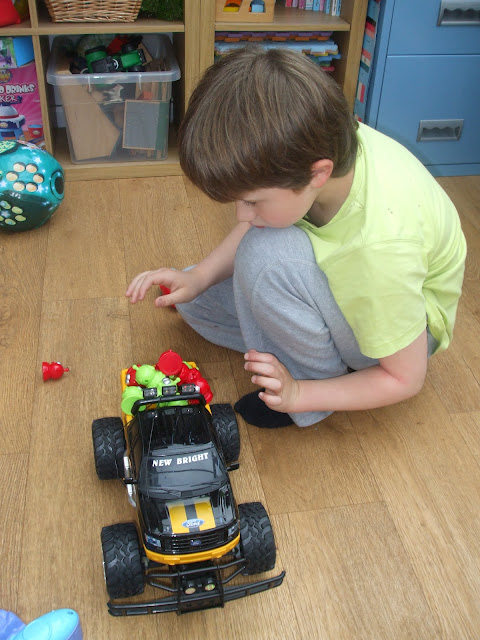 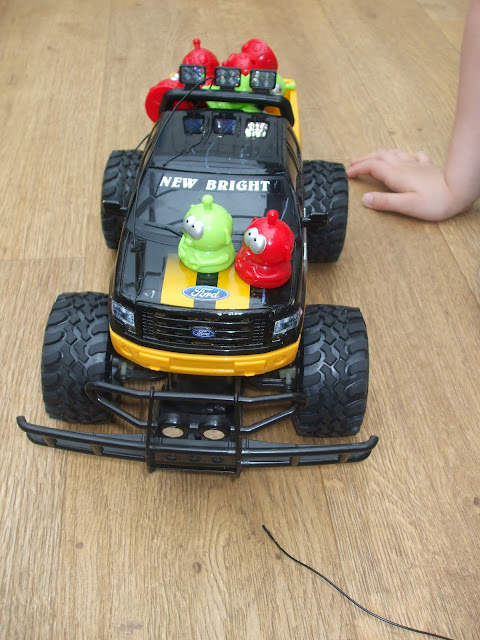 It was a lovely to see the children making up new games and having fun. Especially as today was tinged with sadness. Brendan’s Hamster, Cupcake, passed away last night and we are all a bit sad. She was 2.5 years though and had a good life. We went out for tea and cake at the Antique center, after school, to cheer us up and Brendan had a look around his favorite rooms in there. The garden one and the toys in the attic.

RIP little Cupcake. We loved you, you were a wonderful pet and we will miss you lots.