What is that is see in the Sky?………… THE SUN!!!! well clouds but there was blue sky and sun later on! 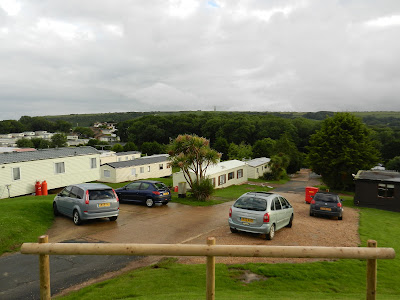 We really made the most of day 3. Crammed in so much but it was not rushed at all.
We got out early and made our way across the Island to the other side. We were not really sure where we were heading but we hoped to find a good fossil hunting beach. On our way we came across a sign that said something about a Sea front and amusements….. so we followed it down a dirt track and came across a place called Fort Victoria.
The Fort was built on the North shore to protect the Isle of Wight from invasion from France and Spain in 1855. Now it has been turned in to several small but fun attractions and a nature walk.

We started off, looking round the underwater Archaeology center. Lots for the children to look at explore. 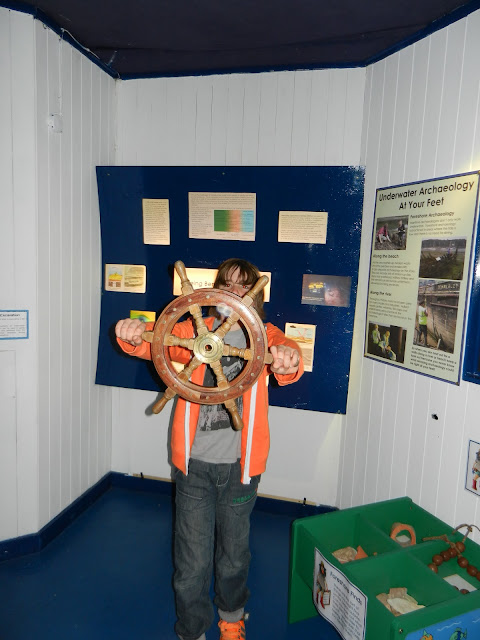 The worked on loading a ship with cargo and keeping it balanced as they did so. 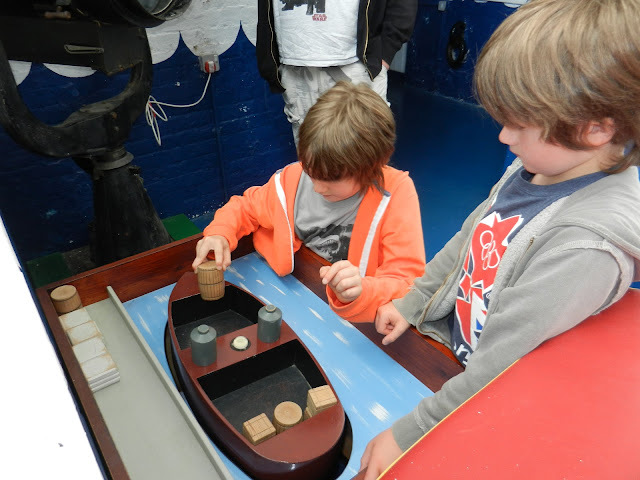 We learnt about how a rise in global sea levels caused the flooding of the Solant river valley and this cut the Island off from the rest of Britain. They have found lots of artifacts under the ocean to support this. Things that prove people were living on that land before it became the sea bed. 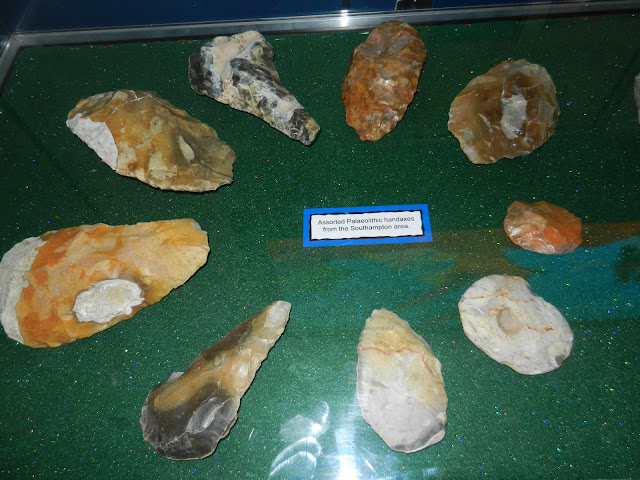 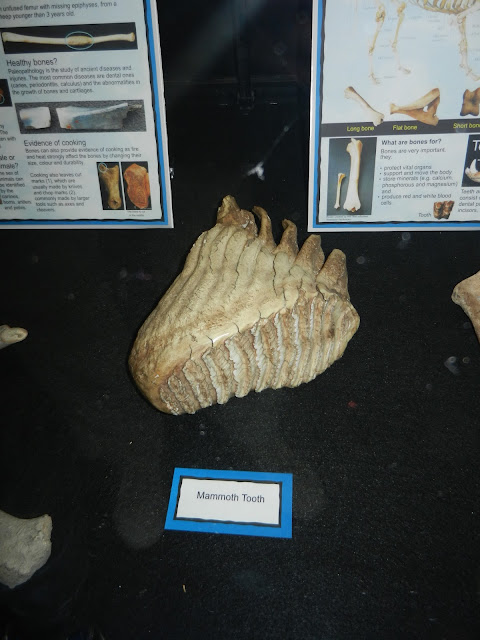 After a good look around here, we popped over to the little Aquarium. The boys love visiting Aquarium and the man behind the counter told them, that if they could find Nemo in one of the tanks, and tell him the name of some of his Fishy friends, then they could have a badge each. The challenge was set! 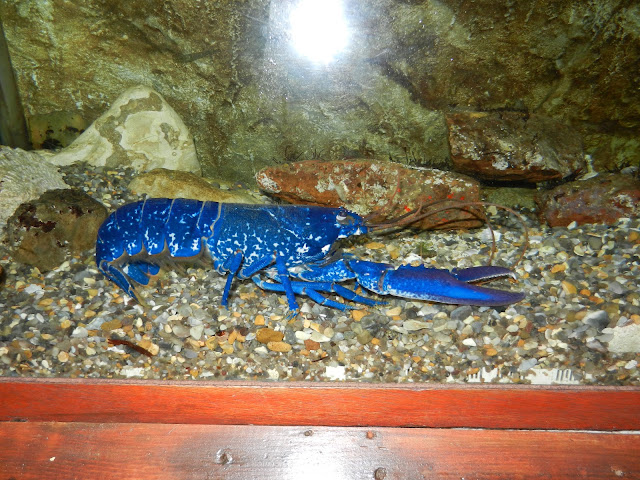 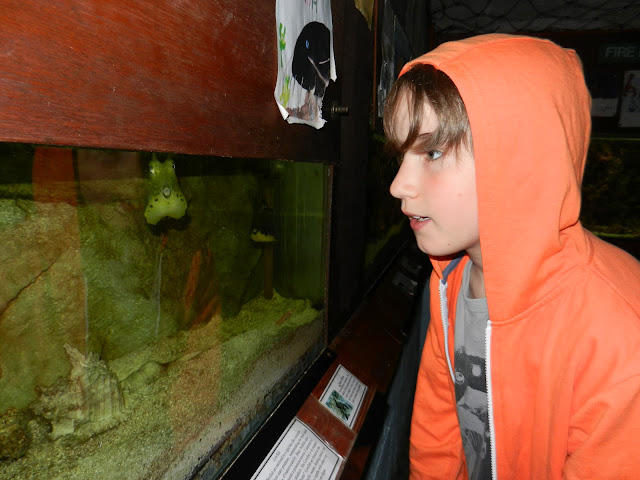 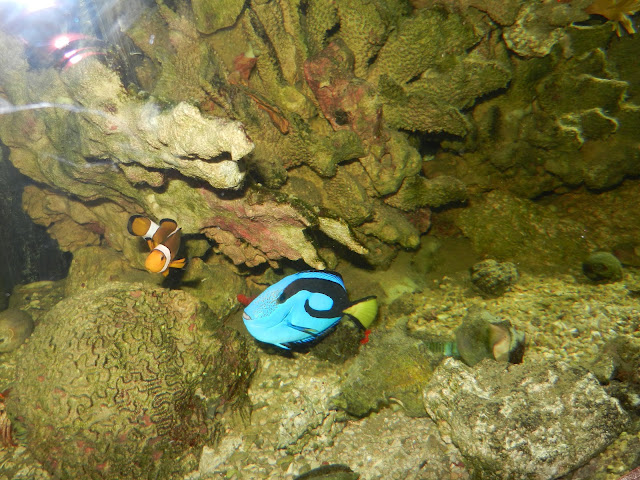 The boys did find Nemo and his friends and went back to the man to tell him the names of some of the other fish in the same tank and collected their badges!

We popped in to the model railway just in time to avoid a complete drenching when the heavens opened!
The lady there, gave the boys a list of fun things to find and once they found them all they got a lolly pop each! 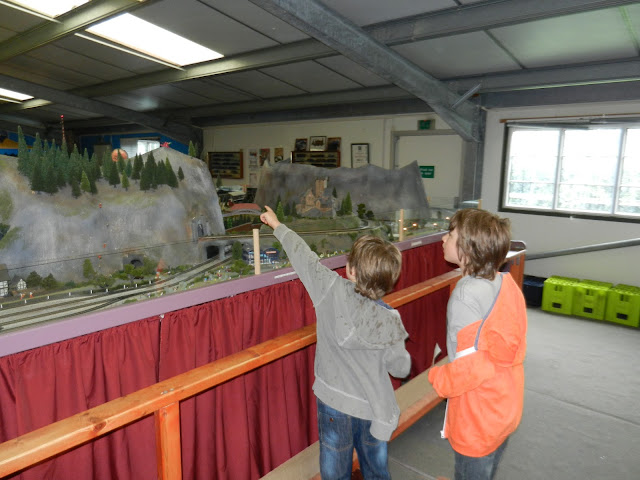 The sun came back out and we went for a walk along the beach before having a lovely Sunday roast in the cafe. 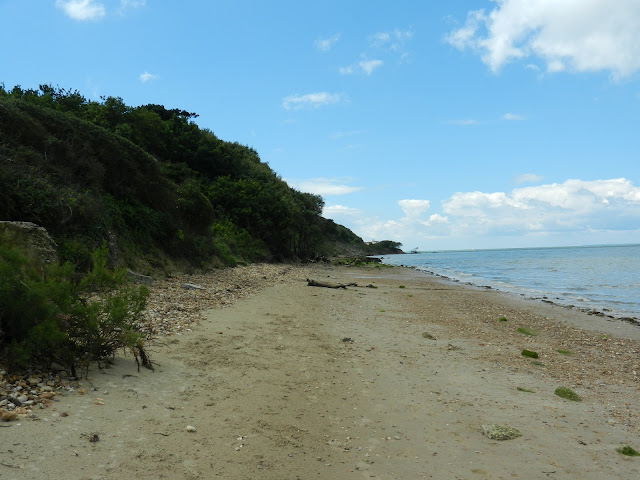 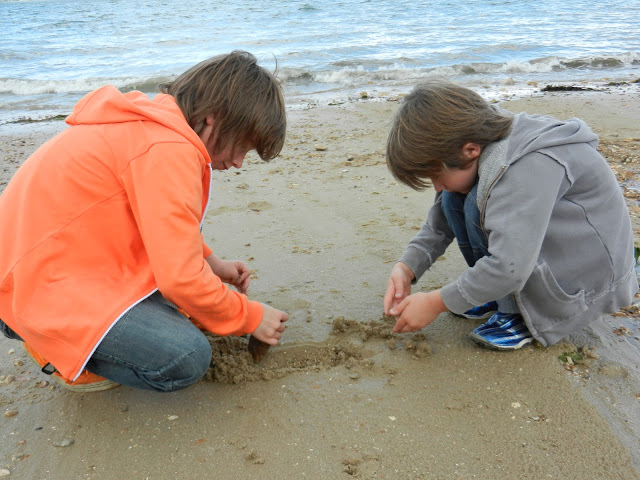 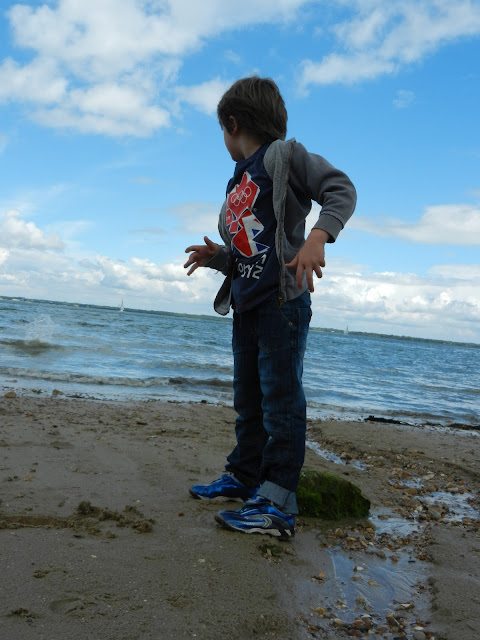 Then we decided to get back to that Fossil hunting and made our way to the Isle of Wight Pear. This is a wonderful place full of beautiful Pearl jewlery. The beach there is tricky to get to but many fossils have been found here and there are fossil hunting tours run from the fossil shop there. We made our way down there and the boys threw off their clothes again and ran strait for the sea! 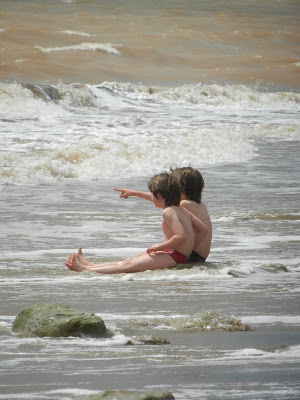 They spent quite some time looking for Fossils with Daddy and even bumped in to the man who ran the tours. He chatted to them about good places to look and how to tell the difference between bone and bits of charcoal that is often found there as well.

The tide started to come in so we got the boys dried off and popped back in to the car and drove to Carisbrooke Castle. This was lots of fun but quite hard on the legs as we had to clime many, MANY steps! Worth it for the views though! 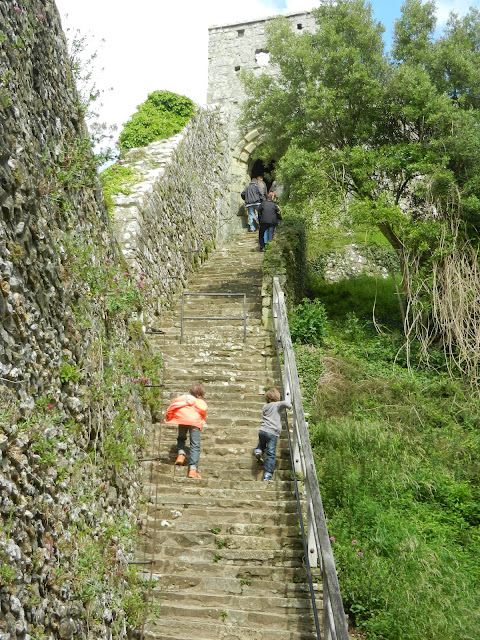 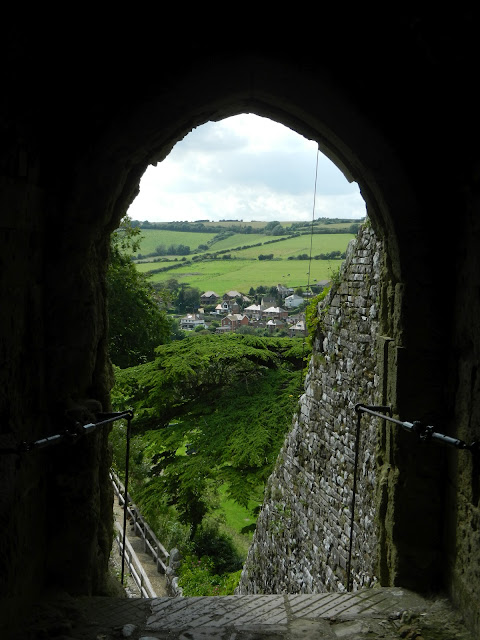 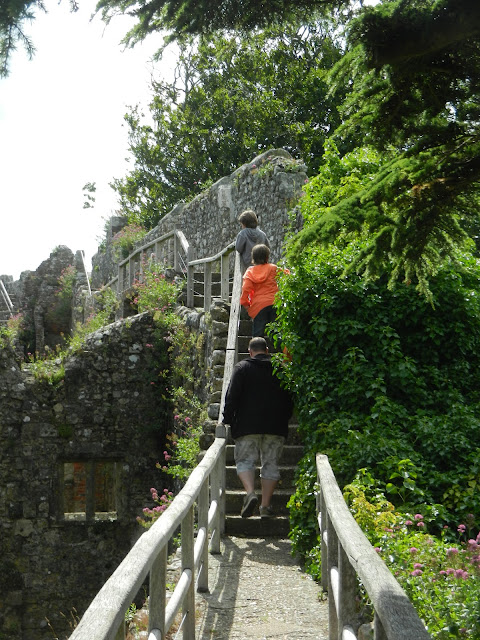 All that was left to do was find somewhere fabby for dinner and then go home to pack 🙁 Our 3 nights were about to come to an end. We still have things we want to see and do over there. We will just have to go back again won’t we!