Day 2 was not as bright…. in fact it was down right soggy!

We decided it was best to find something inside to do. Brendan loves Butterflies, and on our way to the campsite from the Ferry the day before, we had seen a sign to a Butterfly place and thought we would go see what it was like. It was attached to a garden center and cos just under £20 for the 4 of us to get in. It was a lovely place to go and there was an extremely helpful and informative man there. You could tell he loved his job and knew his stuff. The boys kept firing questions at him for about 20 minutes and he answered each and every one of the with real enthusiasm.

The camera didn’t like being in the humid environment though and fogged up every time I tried to take a photo, so I had to resort to my mobile phone camera! 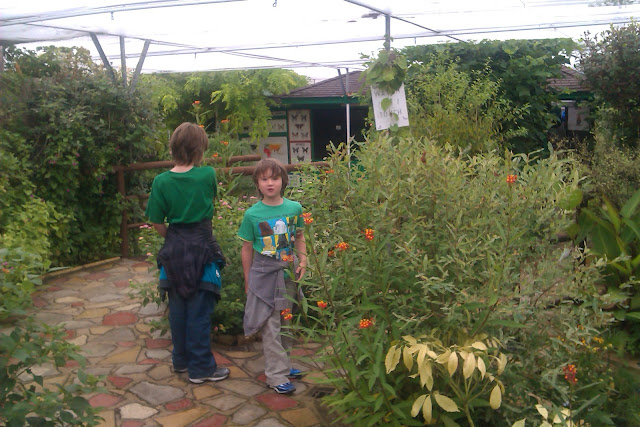 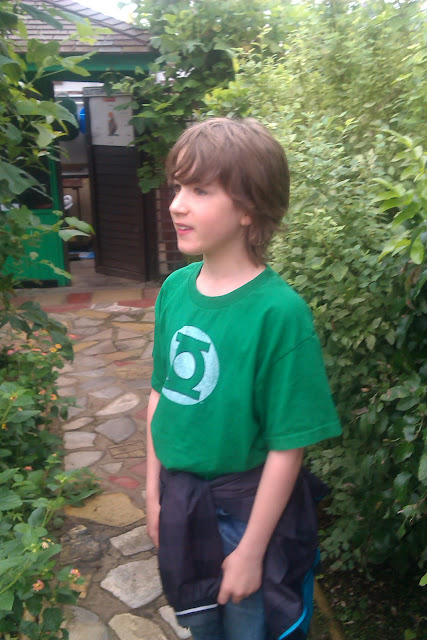 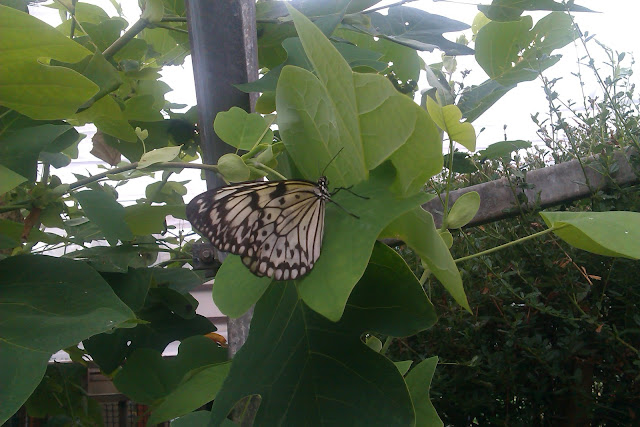 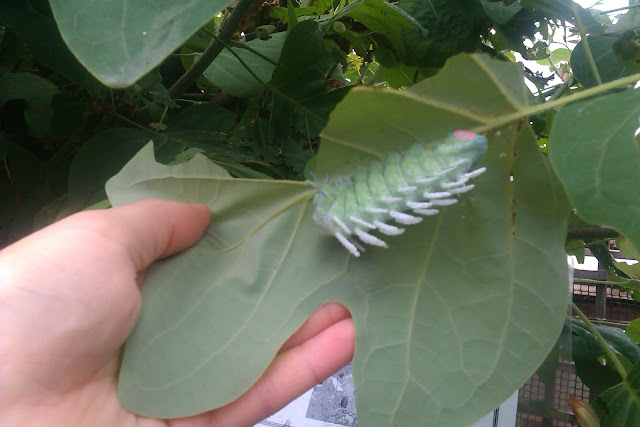 Look at all these Crystalis hanging on their sticks. Apparently they release a chemical to make sure that they all hatch together, except for maybe 3 or 4 that are held back and hatch a few days later, so that there is a greater chance of survival for the species. They also know to hold back males and females so that they can reproduce! Amazing stuff! 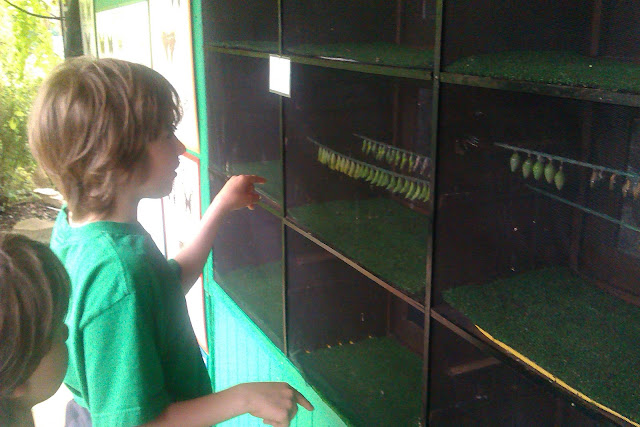 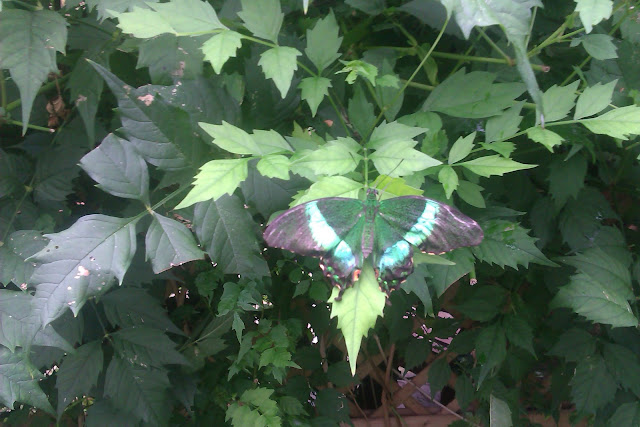 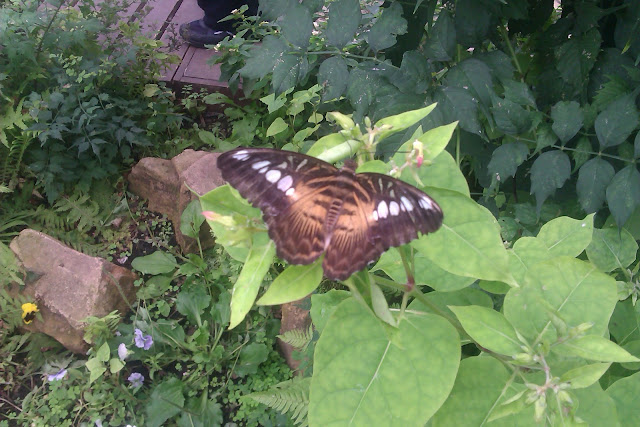 This was the chap that talked to the boys about the Crystalis and gave us all the info about them. 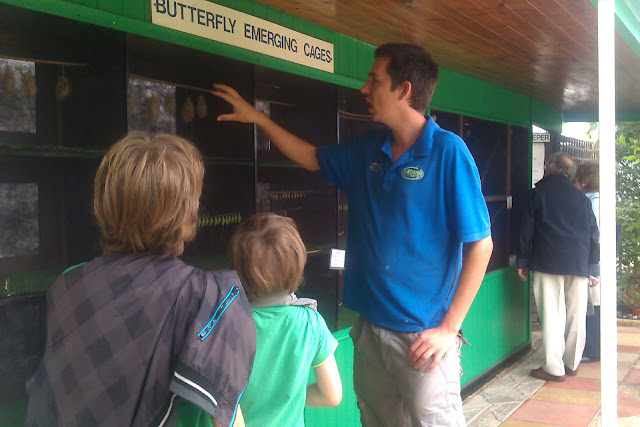 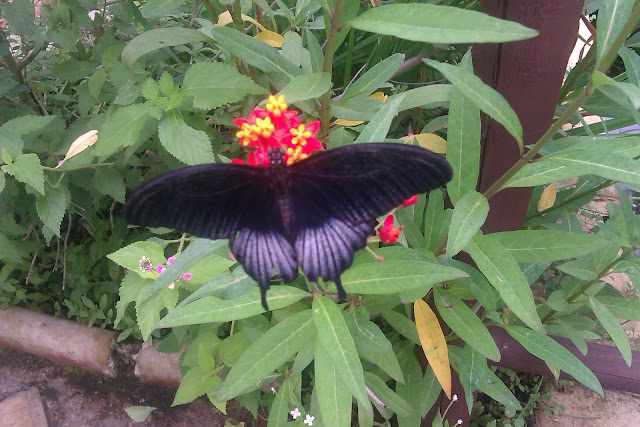 There was also a fountain and garden display we could walk through in the next greenhouse. It had Japanese water gardens, fountains and jet gardens and ponds of Koi! There was also a mini world that the boys enjoyed walking through. 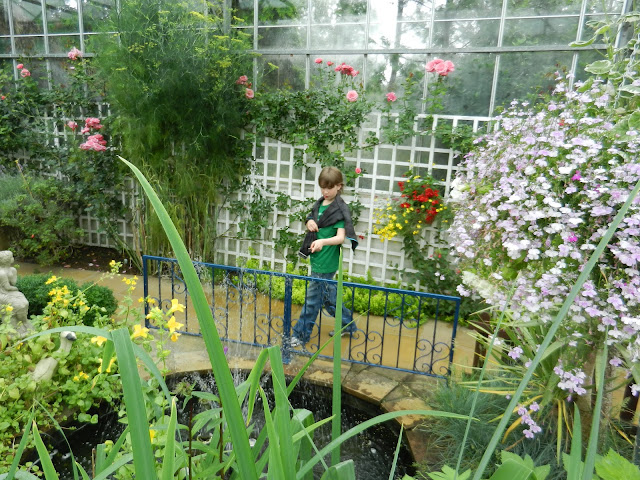 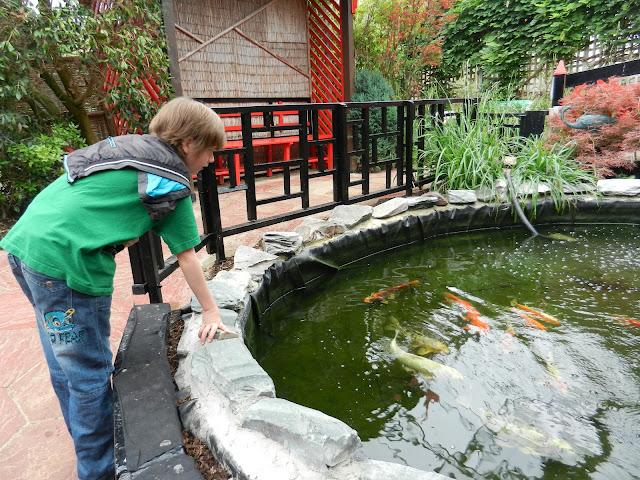 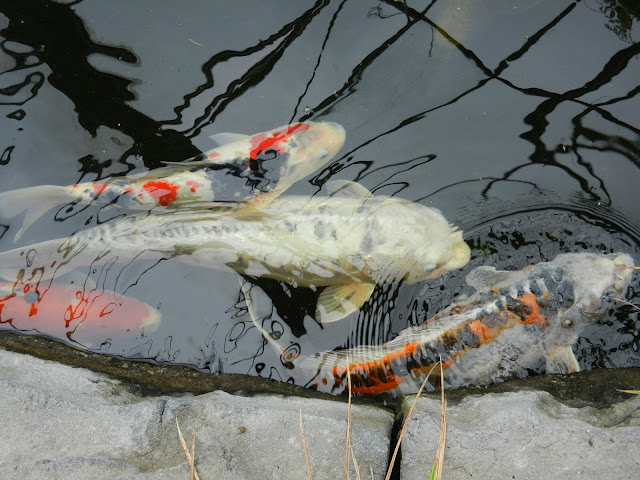 Brendan was very taken by all the running water. He has a bit of thing for water and is instantly attracted to it! This part was quite noisy as the water was pouring rather than running gently! 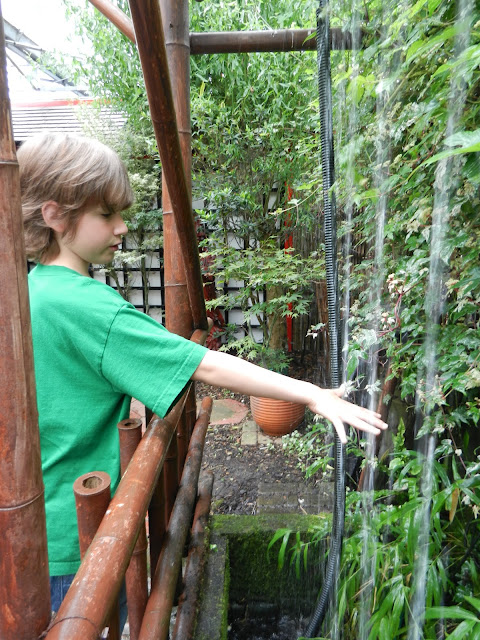 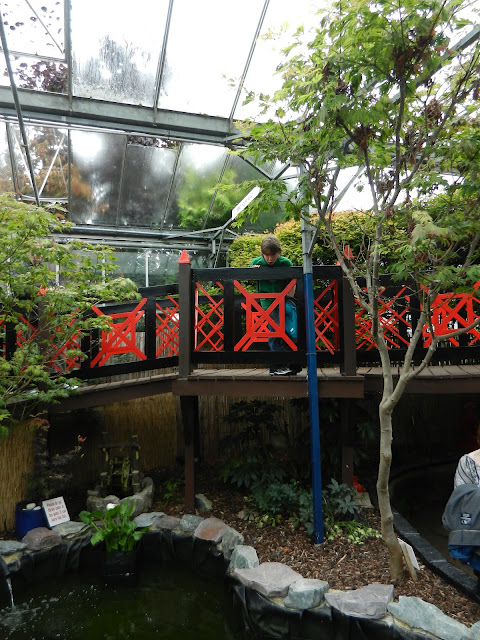 We found the  jets part of the fountain display and at this point Brendan started to get rather soggy!! 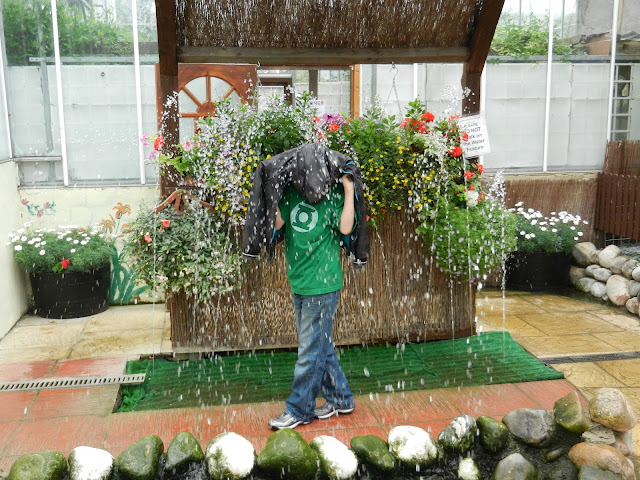 The weather outside was still awful so we drove to the Bowling ally and booked a lane. I didn’t get any photos of this sadly. We did have an hour and a half to wait before we could get on a lane though so we thought we would look through the shops……  and as always seems to happen on a Saturday…. we found ourselves in a Comic book shop! 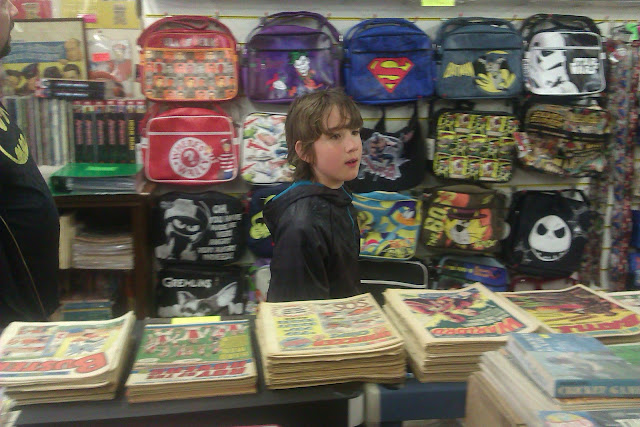 What did Brendan find?…….. A Green Lantern ring that lights up and everything!! Goes with his T-shirt! 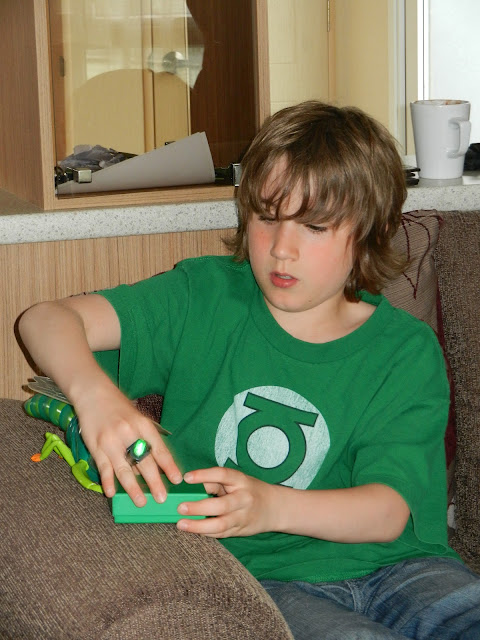 We were hoping by this point, that our last day would be sunnier as we really wanted to see more of the island.